Rock chick Klaudia Trzepizur is sending the internet nuts with her throaty melodies. But who is she?

A Polish singer has sent the internet into meltdown with her stunning rendition of Zombie by the 90’s Irish band The Cranberries.

Blonde sensation Klaudia Trzepizur, lead singer of the band Clödie, has clocked up over 6 million views and over 112,000 likes on YouTube alone since posting the song in July last year.

The 26-year-old, who has now been swamped with offers to perform abroad, told TFN: “We didn’t expect such a positive reception! Maybe six million is not a lot looking at the world population, but for us, every listening is important because then we know that we do a good job and people want to listen to us, and for the artist, it's the most important thing.”

Explaining that the cover version was her own personal tribute to lead Cranberries singer, Dolores, who passed away in 2018, Klaudia added: “I wanted to show my emotions and honour her. This outstanding singer. I am a very sensitive person and I am strongly influenced by the text and history of the song.

“I get goosebumps every time I sing it. Maybe people feel the same way when they listen to our interpretation and take away the emotions that I try to convey.” 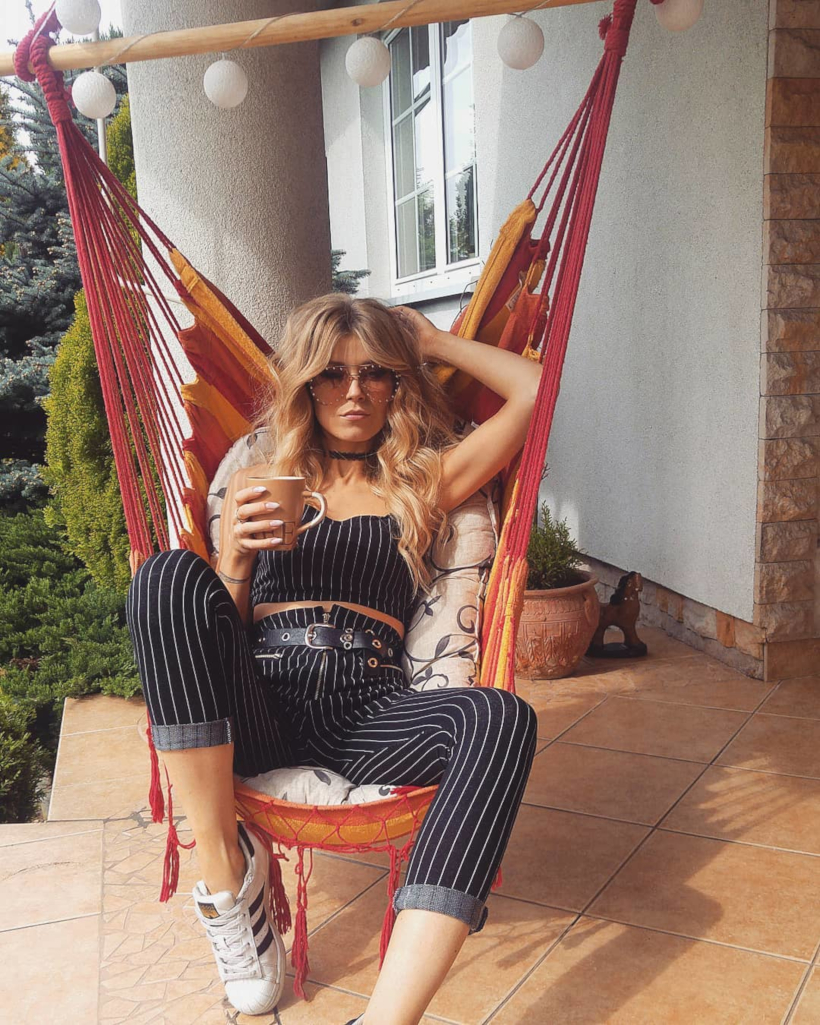 The 26-year-old singer first shot to public fame when she appeared on talent show Voice of Poland in 2014 singing the Bonnie Tyler hit Heartache.Klaudia ‘Clödie’ Trzepizur/Facebook

The 26-year-old first shot to public attention in 2014 with her husky interpretation of Bonnie Tyler’s Heartache on the Voice of Poland talent show.

The three-minute performance earned her the title of the Polish Bonnie Tyler, 1.5 million YouTube views, and a loyal online following to boot.

The rock singer recalled,  “I got wings then and I said to myself that I want to do it for the rest of my life and I started working on my voice more with singing lessons.”

After the Voice Poland, golden-maned Klaudia went back to her hometown and put together her own rock band, Clödie, with her pal Olaf Olszewski who she met in 2015. 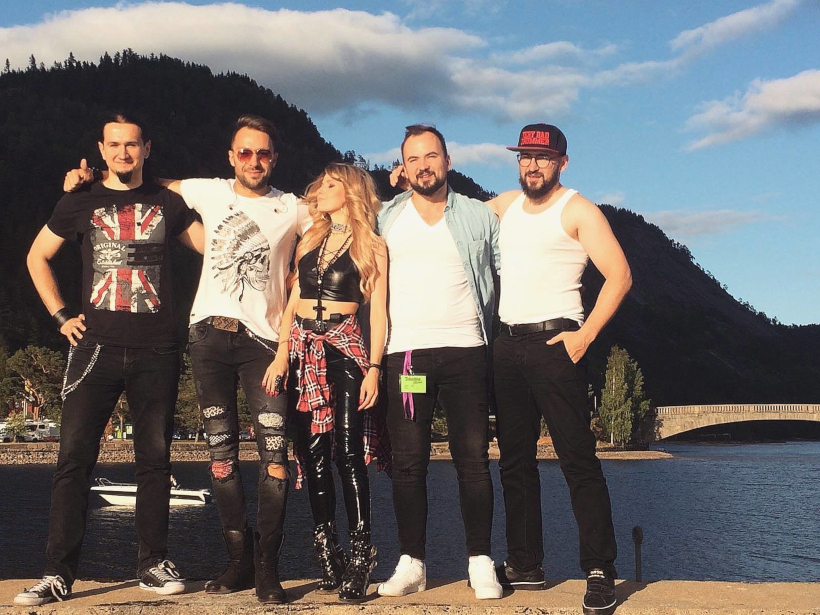 After appearing on the Voice of Poland Klaudia went back to her hometown of Częstochowa and set up her own band Clödie. Klaudia ‘Clödie’ Trzepizur/Facebook

Made up of Klaudia on vocals, Olaf on guitar, Krzysztof Mrzygłód on keyboard and drummer Mateusz Królica, the quartet have since only strengthened Klaudia’s own sound and are now snowballing in popularity.

“Klaudia is our biggest diamond,” Olaf who has been playing guitar since he was 13 told TFN.

“We are very keen that every song is prepared for her voice, I prepare the arrangement of the song and invite the guys to record and arrange their pieces.”

With a rock sound from the 80’s fused with a modern edge, the band perform with a fresh spontaneity that drives fans wild. They have found a genre niche in Poland that has sparked national and international adoration. 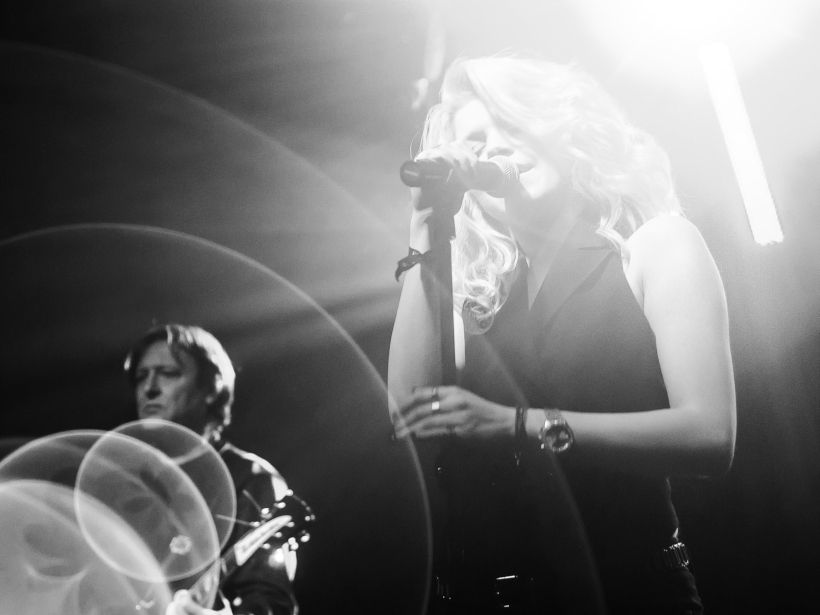 The stunning blonde told TFN: 'I’m hooked on heavy metal! I would like these years to come back and let more young people start listening to ambitious music.'Klaudia ‘Clödie’ Trzepizur/Facebook

However Olaf adds that sometimes creating music for the band isn’t so simple.

He said: “Challenges are always ahead of us because we want to play what is in our souls and as we know nowadays it is very difficult to break into the industry with rock music.”

Klaudia, who began singing when she was 15, agreed, saying: “We are accompanied by a lot of sacrifices ... but if you do something with passion, then nothing is a big obstacle.” 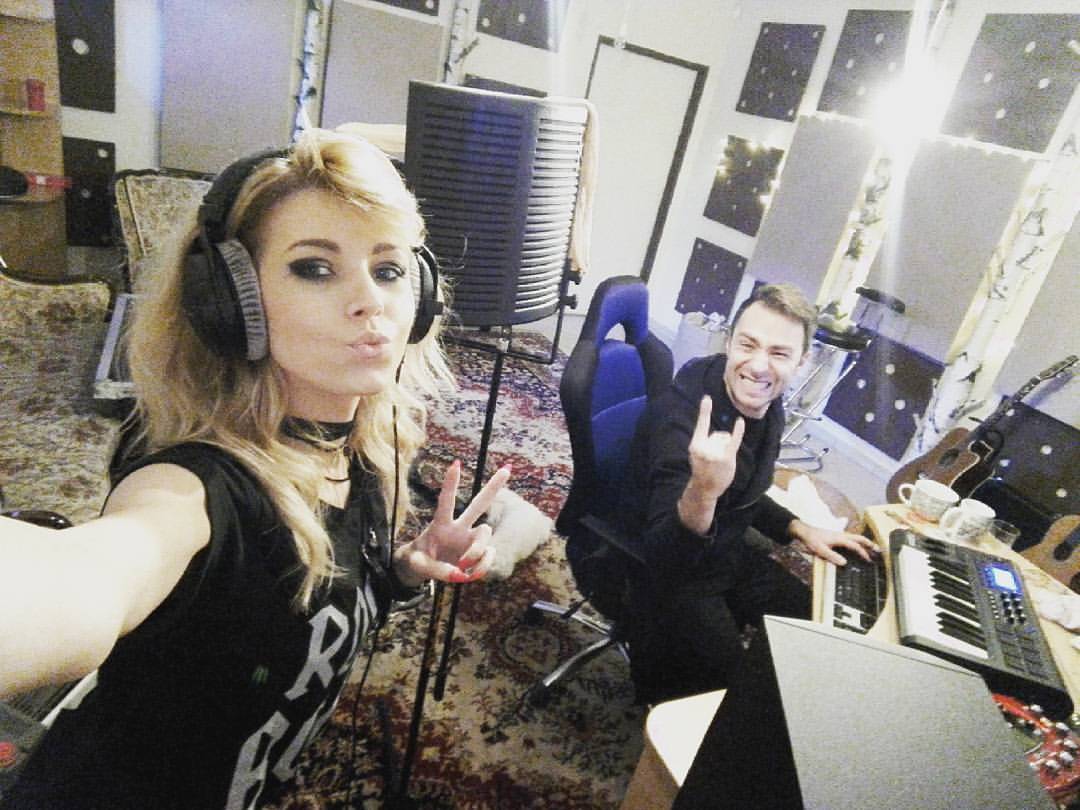 Following the release of their new song Devil in Disguise, the band is now preparing for this year’s Eurovision. Klaudia ‘Clödie’ Trzepizur/Facebook

First becoming popular with their debut single "GO!" The band have since premiered their song Devil in Disguise two weeks ago and are now working to represent Poland in the Eurovision song contest 2019.

Olaf said: “I strongly believe that Devil in disguise is just starting up. We have created a song especially for the Eurovision competition and our dream is to go to Tel Aviv in May to represent our country in this very prestigious competition.”

He added that this year the band are preparing work for new original songs, productions and concert plans for the summer.

He said: “We strongly believe that 2019 will be a breakthrough for us and it will be the beginning of a new path for Clödie.”

Poland hopes Germany will replace tanks given to Ukraine