Not for the first time, Warsaw’s Powiśle district found a spotlight tilted towards it when it was shortlisted by The Guardian newspaper earlier in the month as one of Europe’s 10 coolest neighbourhoods.

Rubbing shoulders with areas such as Berlin’s Neukölln and the University Quarter in Brussels, the news came as further affirmation of Powiśle’s rising star. 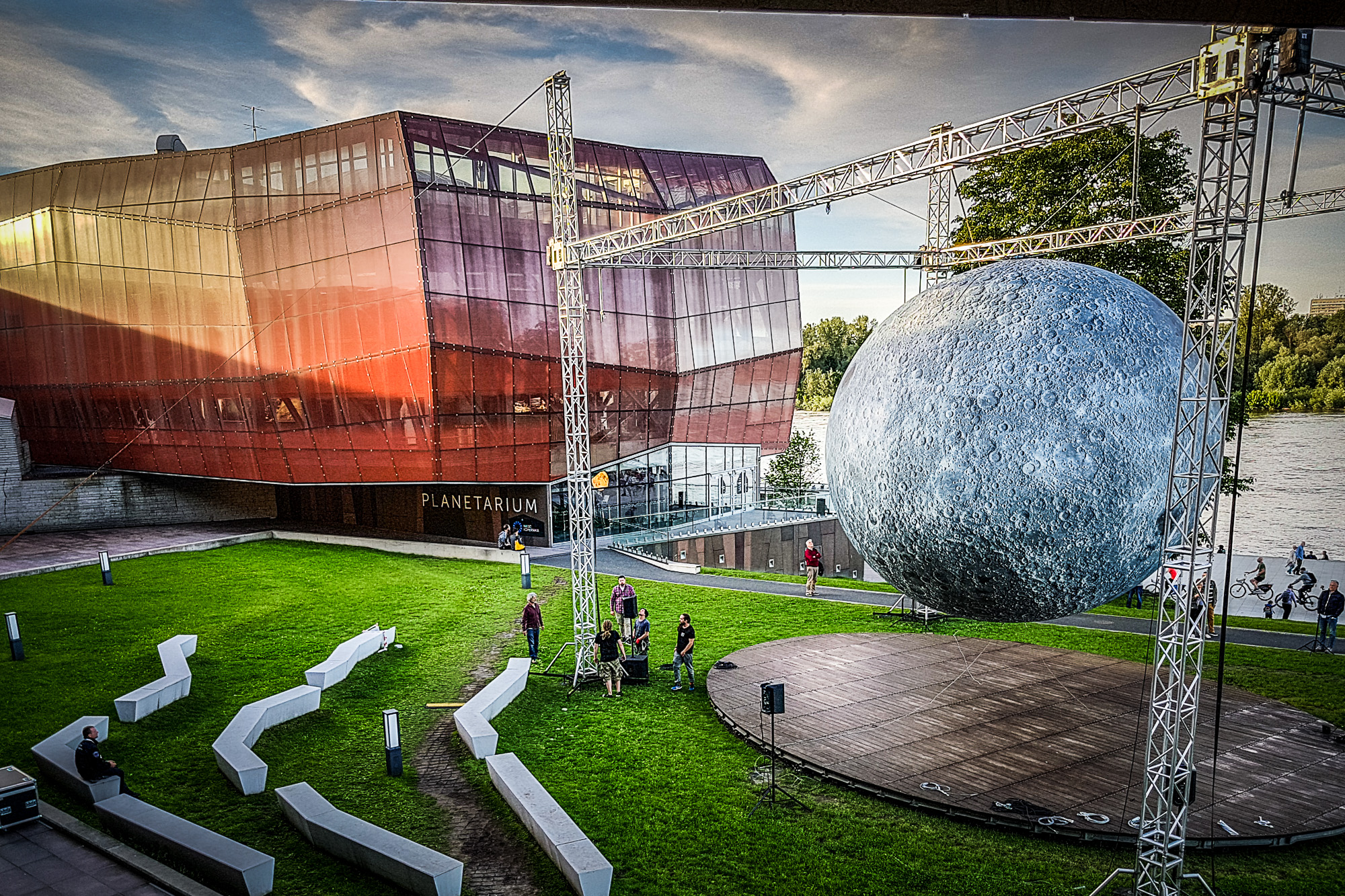 The planetarium has become an established attraction of the district. Kalbar/TFN

Certainly, in a short time the area has come far. Sandwiched between the centre on one flank and the Wisła on the other, for years visitors were left with the impression of an area best avoided – not on account of any danger it presented, but simply because there wasn’t much reason to linger. A place of anonymous tenements and failing warehouses, it was nothing if not the no-man’s land of Warsaw.

Change, however, has been delivered at a meteoric pace, and its location has been key. 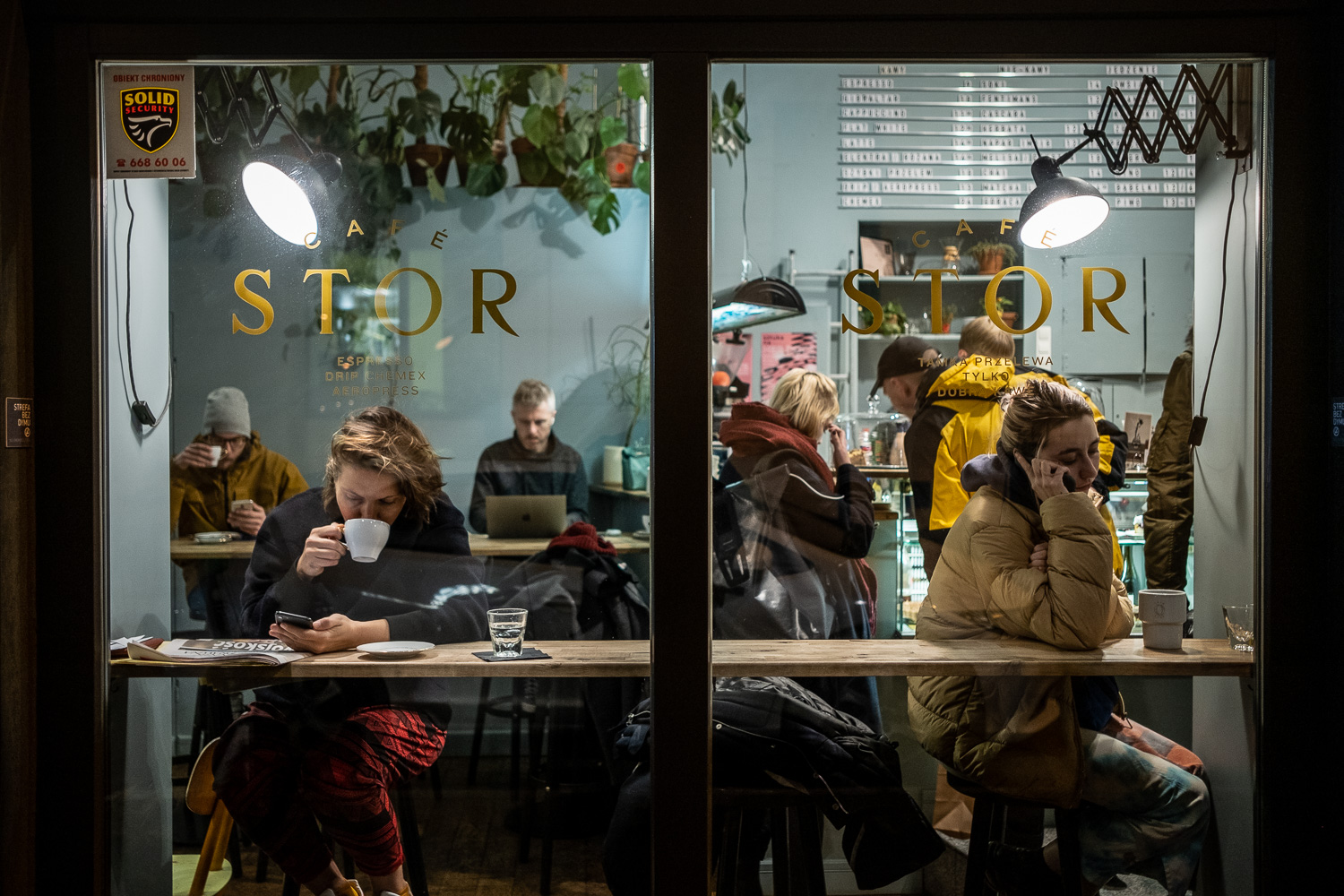 The café Stor has played a role in reviving Tamka.Kalbar/TFN

“In my mind, its placing is critical when thinking what makes Powiśle so special,” says Krzysiek Rzyman, a journalist and café owner. “It’s right up next to the city centre, but at the same time it feels a little off the beaten track. Life is calmer here, slower, yet you also have everything you need here.”

Taken on its own, Rzyman’s café, Stor, has played its own role in reviving Tamka, one of the principal thoroughfares connecting downtown Warsaw to the other side of the city. Resounding to the kind of round-the-clock clatter that defines a great café, it has become more than just a place for specialty coffee brews, rather a standard bearer for all that serves to make the area appealing: hip, inclusive and fiercely independent, that it attracts people from way beyond its immediate postcode says much for its allure. 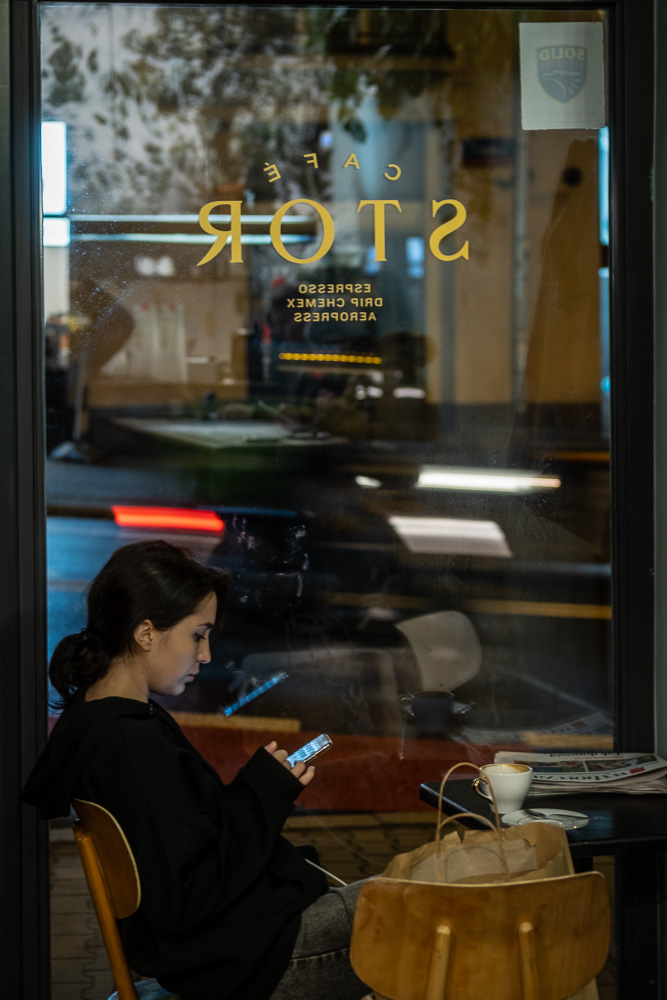 “The mix of people here makes it different,” continues Rzyman. “You see it in the café, but also beyond: Powiśle is a muddle of regular residents, social activists, local government officials, entrepreneurs and now also tourists.

“Then there’s the proximity to the river,” he adds, “which I think helps time flow a little slower. Taken all together, that unique mix makes you want to stay here. Even just dwelling over a coffee and a book can become something special.” 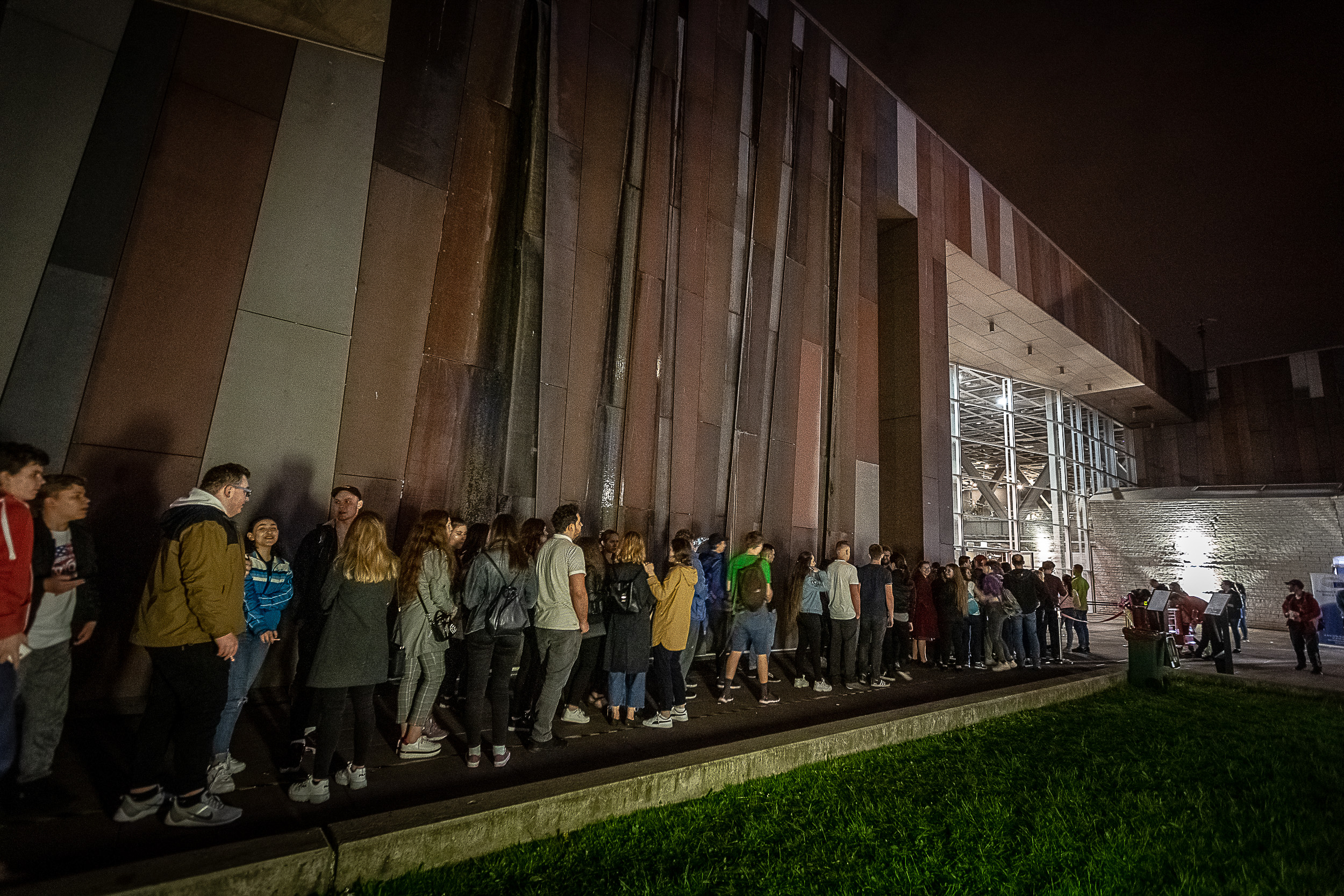 This atmosphere is impossible to dispute and has served to elevate Powiśle above other upcoming districts. An architectural smorgasbord, its buildings offer an eccentric tapestry of sights: bullet studded tenements scarred during the 1944 Warsaw Uprising stand next to swanky apartments whilst knackered industrial buildings undergo cosmetic surgery as they await transformation to fill new commercial uses.

On occasion, XL murals burst from “blind walls” to give cheer to streets largely untouched since the Cold War days; as evening sets, and halos of light form around the street lights, one is struck by the character of an area. Exploring further, swathes of parkland provide refuge from the near constant clank of construction. 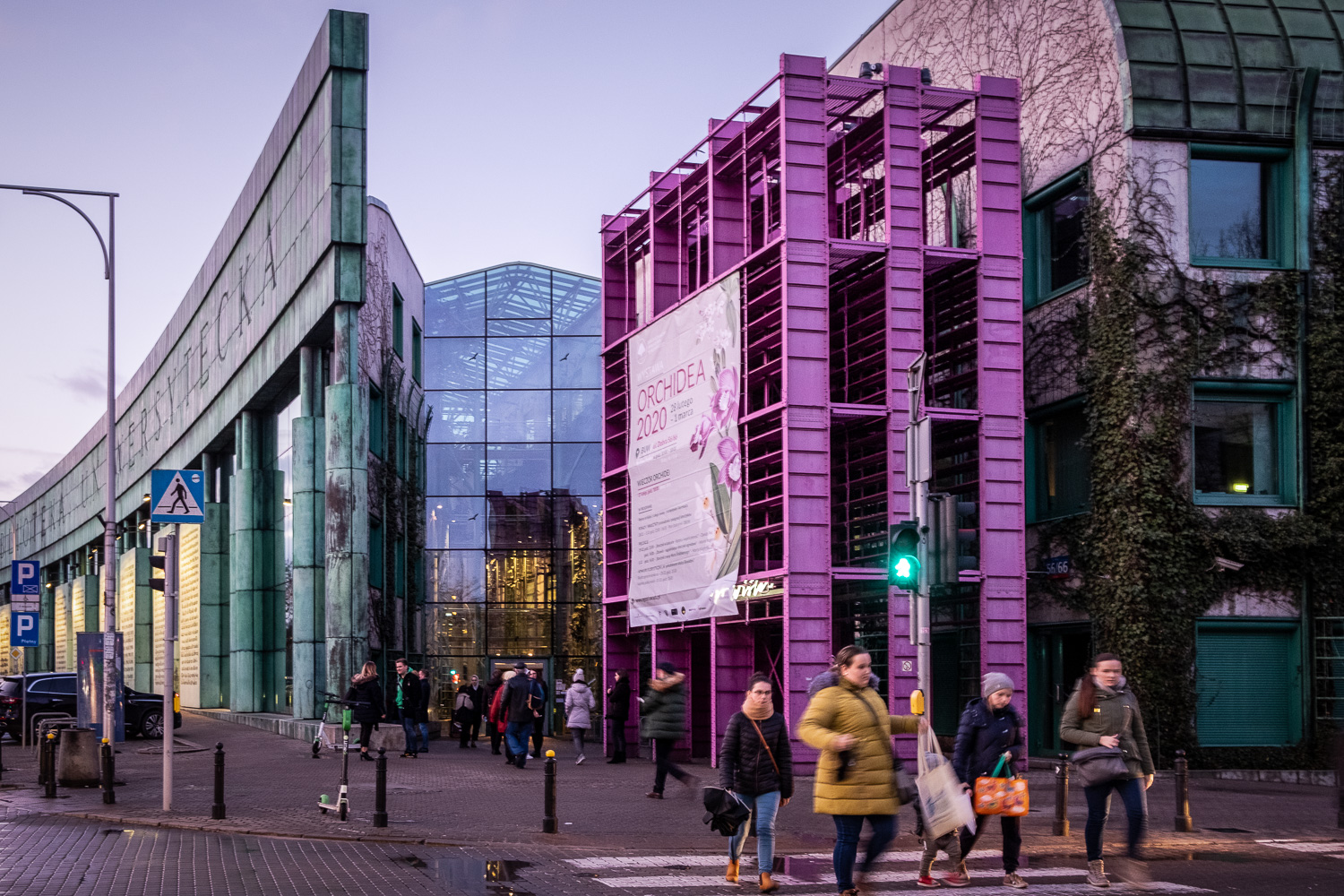 The University Library has long been a landmark on the Powiśle landscape.Kalbar/TFN

“For me Powiśle is a very green part of Warsaw,” says Robert Trzópek, the acclaimed head chef behind the award-winning Bez Gwiazdek restaurant.

“I used to live here,” says Trzópek, “and it made a lot sense opening Bez Gwiazdek here as I think the area corresponds nicely with my culinary philosophy – I can grow ingredients in a small urban garden or use a smoker for my fish. In the city centre, that wouldn’t happen.” 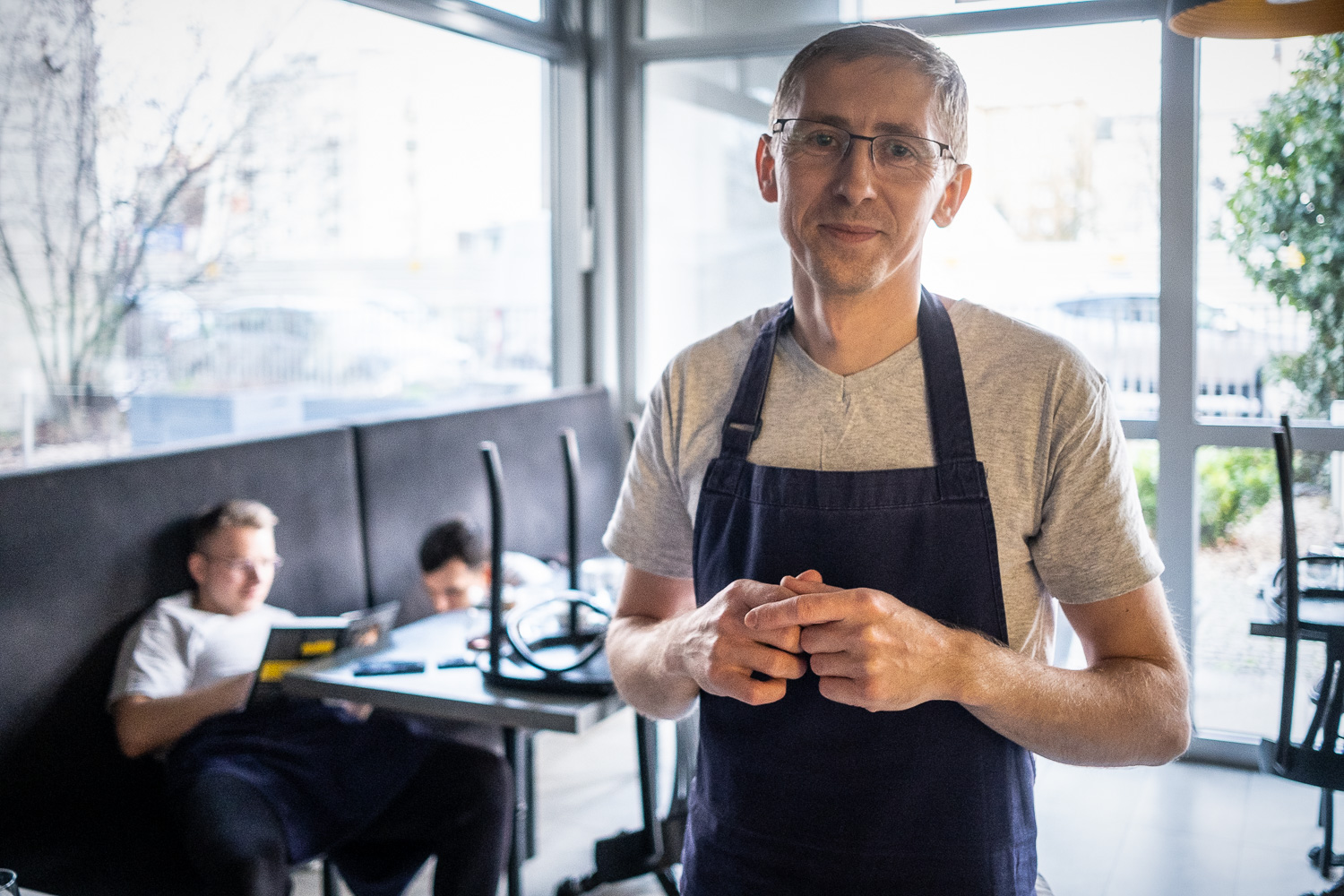 At the very front end of modern Polish cuisine, Trzópek’s name has become a gold standard for quality and his boundary-bending restaurant has become one of the hottest tickets in town.Kalbar/TFN

At the very front end of modern Polish cuisine, Trzópek’s name has become a gold standard for quality. Seeking to promote the forgotten flavours of regional Poland whilst packaging them in a modern manner, his boundary-bending restaurant has become one of the hottest tickets in town. Like Rzyman, he too shares the view the Powiśle’s ‘In The Know’ atmosphere has contributed hugely to its newfound status.

“The magic here is that it’s just a few minutes from the Royal Route,” he says, “but to visit Powiśle you have to know about it first – it’s not somewhere you just end up by accident. You actively need to walk downhill to discover it, but once you do you’re met by this great Warsaw district filled with parks and old artisanal stores that operate right next to some of the best bars and restaurants in the city.” 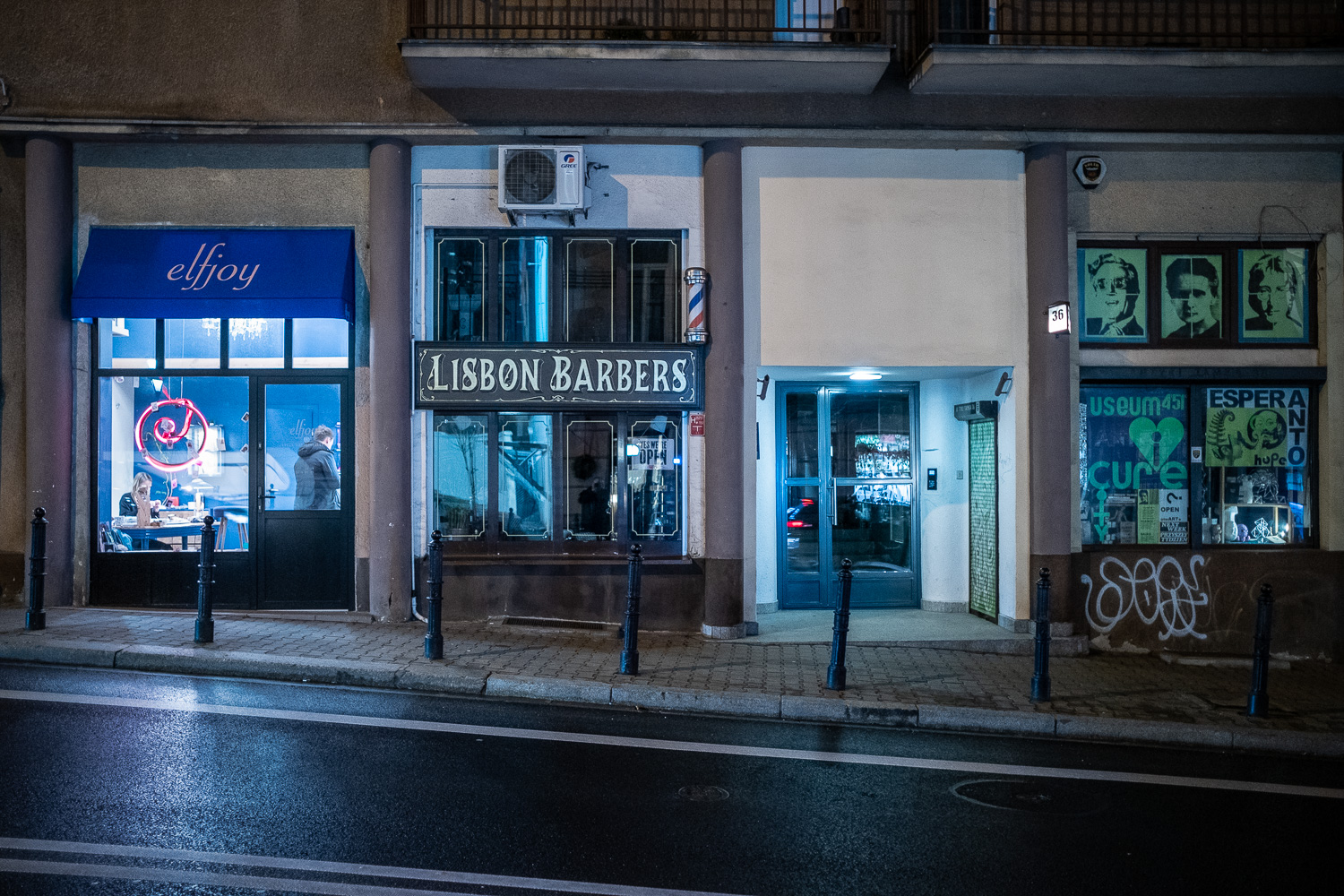 Democratic in its demographics and its offer, for the time being it is an area where old and new, hip and not have learned to co-exist.Kalbar/TFN

Closely linked with the area’s transformation has been the redevelopment of the Wisła Boulevards, a project so beset by delays that at one stage it felt like it would never be realized. It’s proved well worth the wait.

Formerly little more than an overgrown mess of mud and slime, the riverside’s blatant dereliction proved a blessing in disguise, allowing architects a blank page with which to develop it using the latest engineering knowledge. 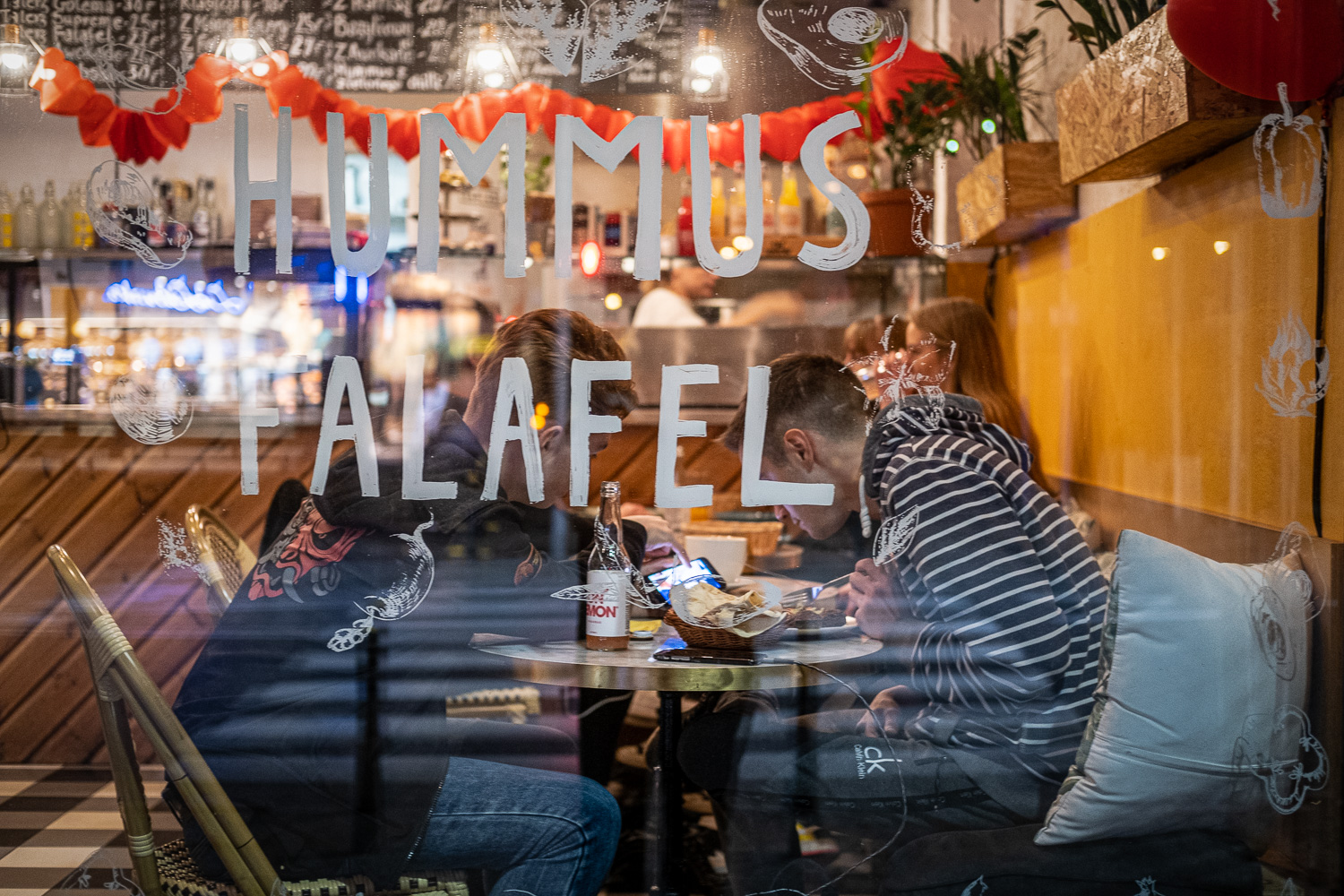 The area has had a new lease of life that has helped it throw off its old reputation for being dull and dilapidated.Kalbar/TFN

The results have been striking. Though arguably more famed for its summertime bars, its successes have been manifold. Brimming with sculptures, fountains, installations and suchlike, it has triumphed in drawing the city back to the river, and in the process become Warsaw’s champion calling card once temperatures store.

Culturally, too, Powiśle has come of age. Whilst already well-known for its mint-green University Library (along with its cosmic-style rooftop park), a trio of A-Class institutions have pulled in a completely new audience once alien to the area. 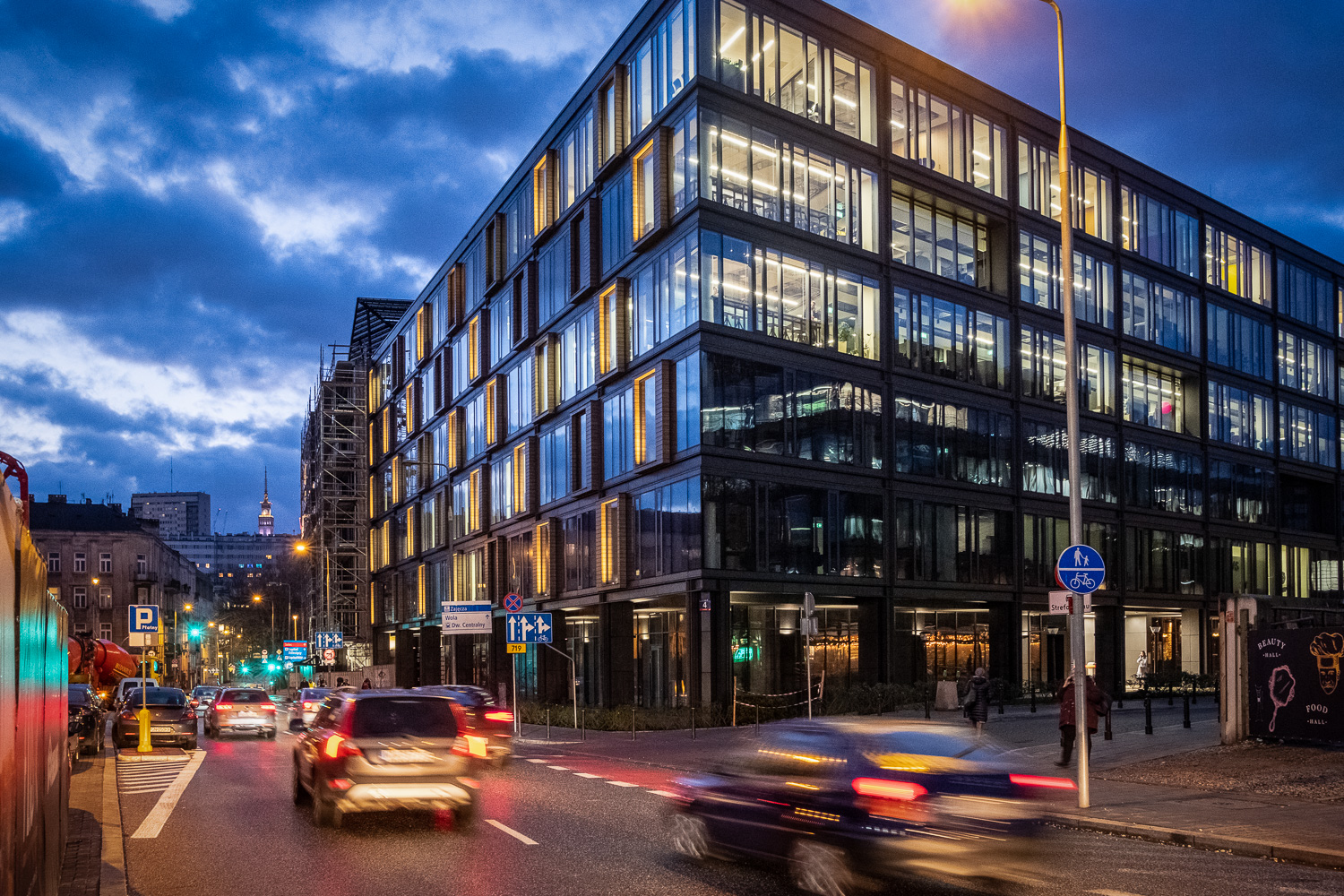 In line with the global rules of gentrification, what’s cool today will be corporate tomorrow.Kalbar/TFN

Lauded as one of the most hi-tech museums in the world, the Chopin Museum has found itself joined by establishments such as the Museum of Modern Art – itself seen as a stunning white block sat on the banks of the river – and the interactive Copernicus Science Centre and neighbouring Planetarium. Reasons to visit are ample, reasons to leave are not.

That Powiśle has caught the zeitgeist is obvious, and it is the way in which it has done so that has captivated the public. Democratic in its demographics and its offer, for the time being it is an area where old and new, hip and not have learned to co-exist: battered lotto shops and specialist tailors live in harmony next to super-cool vinyl stores and on-edge boutiques run by students made good. 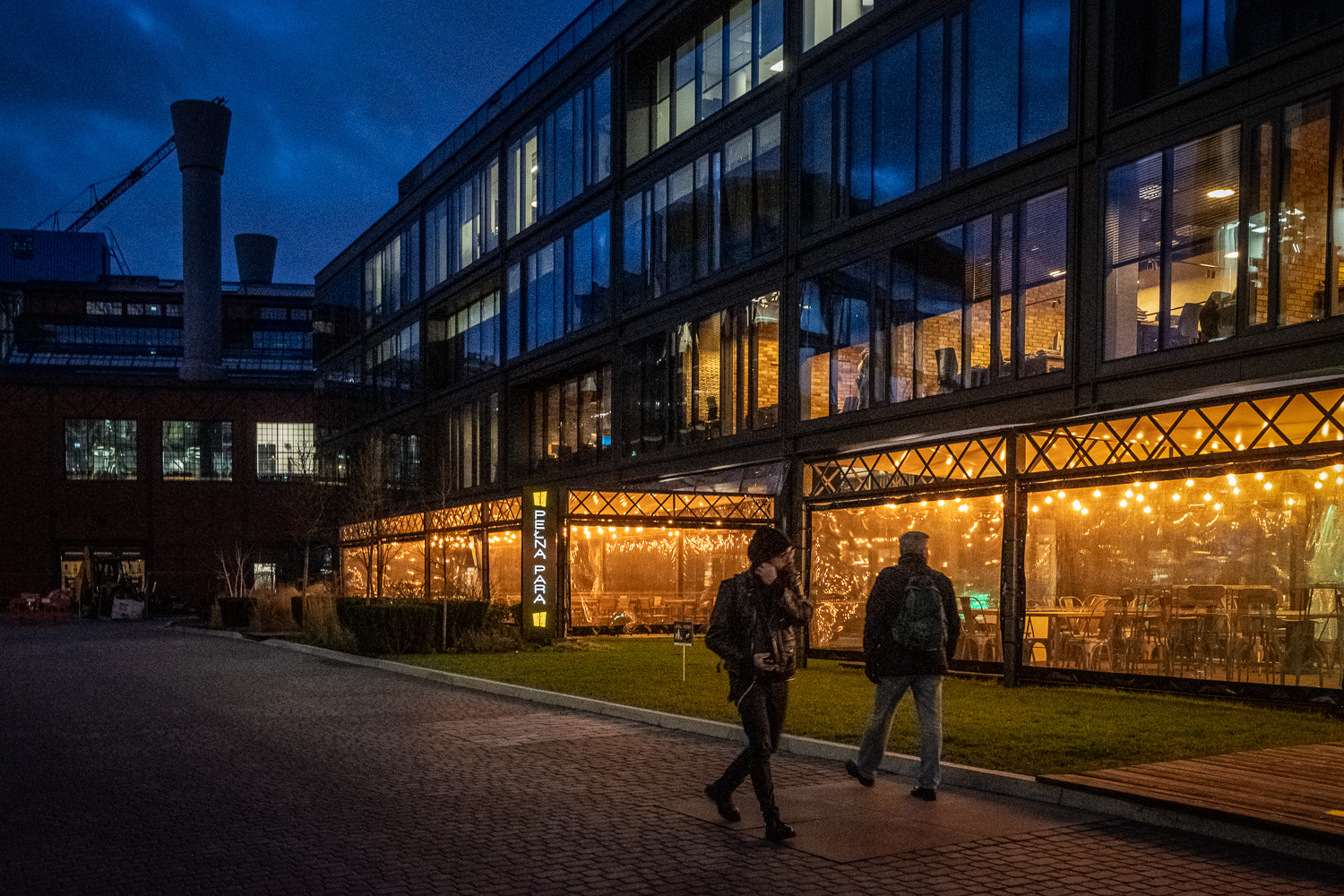 That Powiśle has caught the zeitgeist is obvious, and it is the way in which it has done so that has captivated the public.Kalbar/TFN

This, though, could be under threat. In line with the global rules of gentrification, what’s cool today will be corporate tomorrow. For some, alarm bells are already ringing as rising prices squeeze out both traditional businesses and the indy brands that have given Powiśle its deliciously eccentric flavour, and the looming revival of the former Elektrownia power plant stands to be a litmus test.

Hailed by many as the final jigsaw piece in the area’s rise, how it slots into the natural fabric of the district remains a point of contention. “I’m worried about it,” says Rzyman. “For now, it looks like a giant office complex and, in my opinion, it just doesn’t fit into the area. 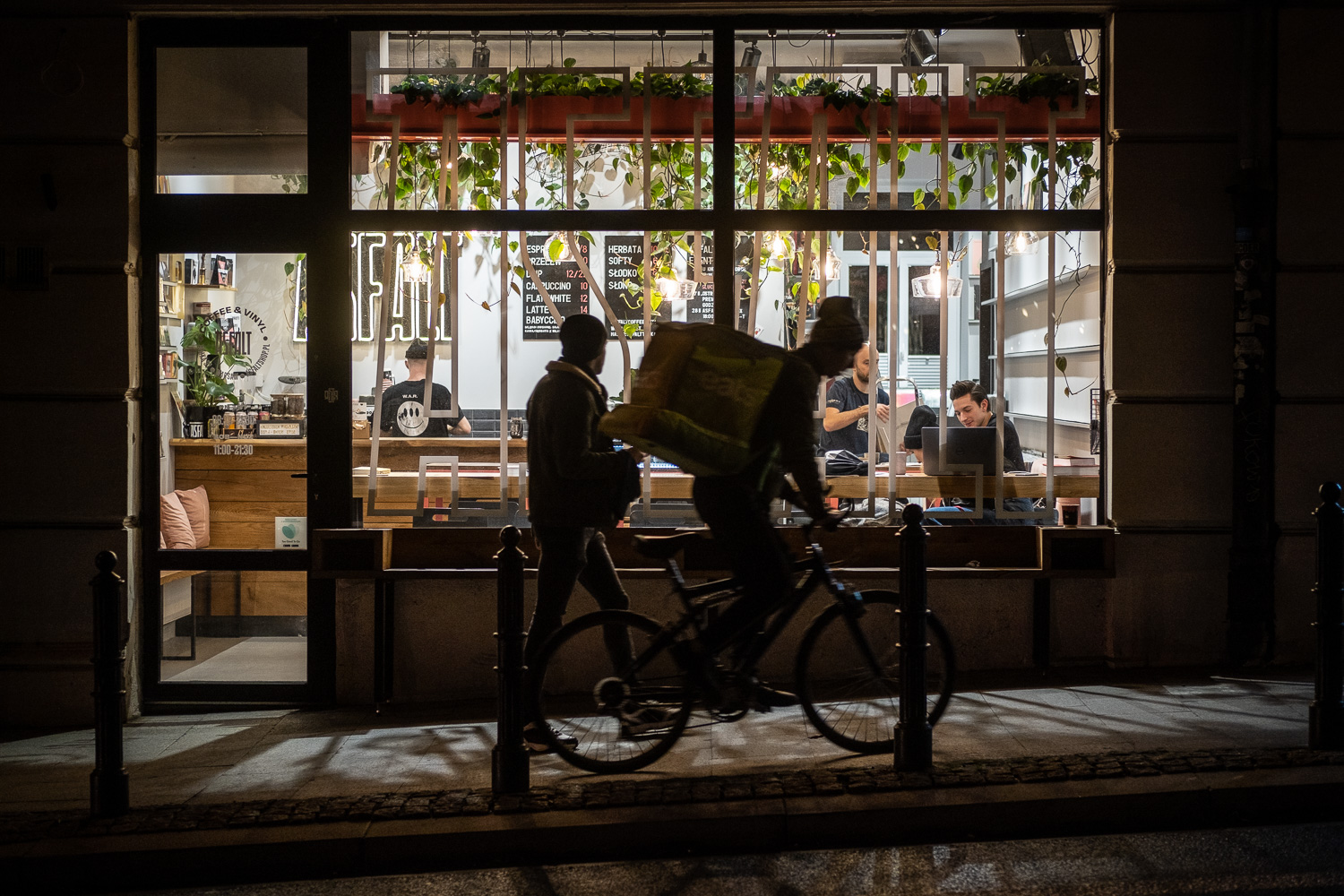 “Unfortunately, the municipality isn’t doing as much as it can to support smaller entrepreneurs and whilst there have been successful investments – such as the Copernicus Science Centre and the Museum of Modern Art – we’re lacking a coherent plan for Powiśle that will preserve its unique personality.”

Thrilling as the years ahead promise to be, that a balance needs to be maintained is vital for its future. In the meantime, however, the message is clear: one of Europe’s coolest neighbourhoods sits here on your doorstep – enjoy it.