Held for the 12th time, the Warsaw Beer Festival has grown from humble beginnings to become an industry juggernaut. Widely recognized as the most important event of its genre in Central Europe, this year will see nearly 60 artisan breweries pouring 1,000 different beers from approximately 450 taps.

For co-founder Paweł Leszczyński, the event’s revival could not have come sooner: “I’ve got super-heavy emotions right now,” he tells TFN. “I’m tired, nervous and also hugely excited. I’ve been waiting since 2019 for this!”

Though primarily showcasing the talents of Poland’s indy brewers, the event will also be marked by a Belgian invasion featuring appearances from four cult producers, as well as an array of lectures, masterclasses, tastings, games and food trucks. 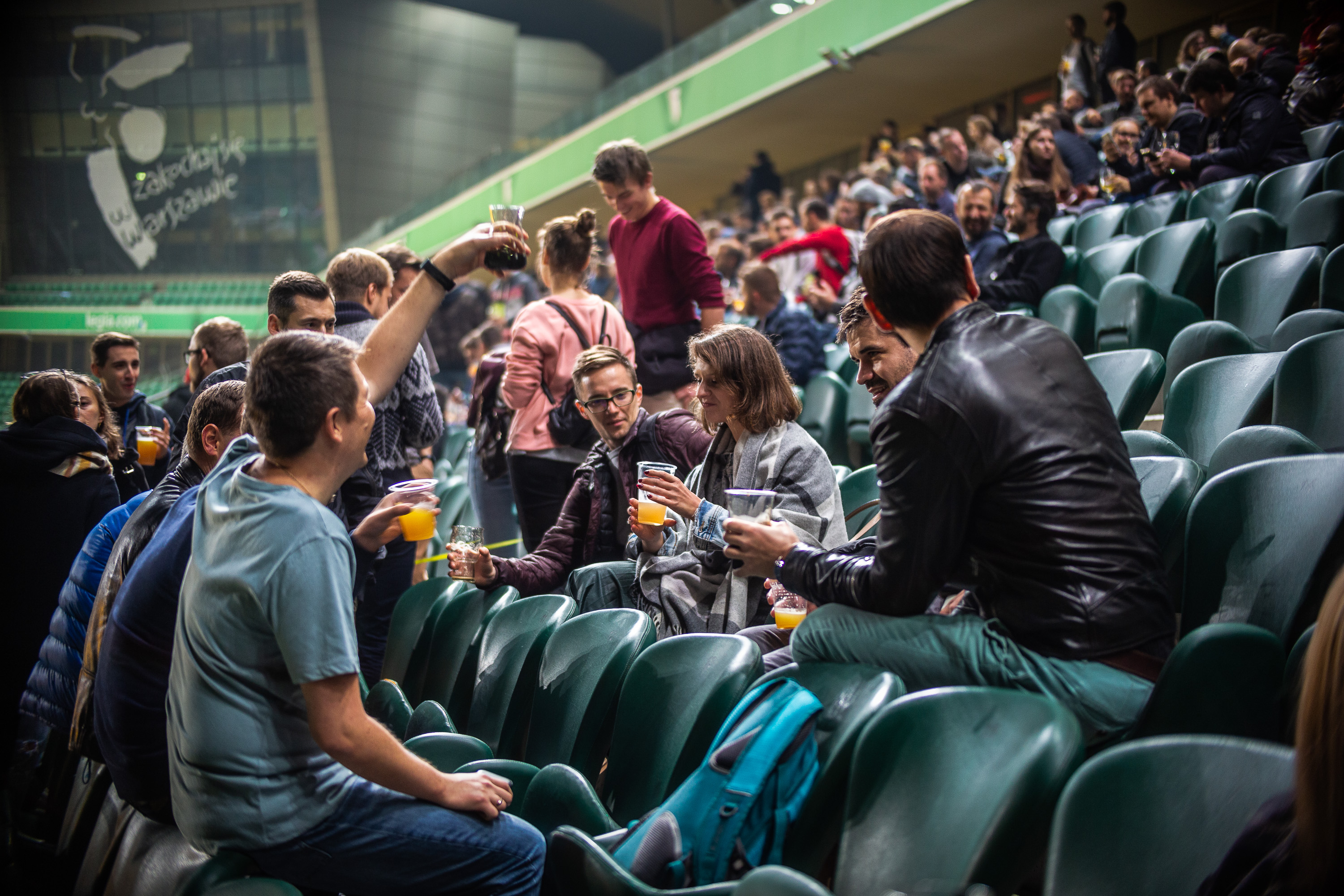 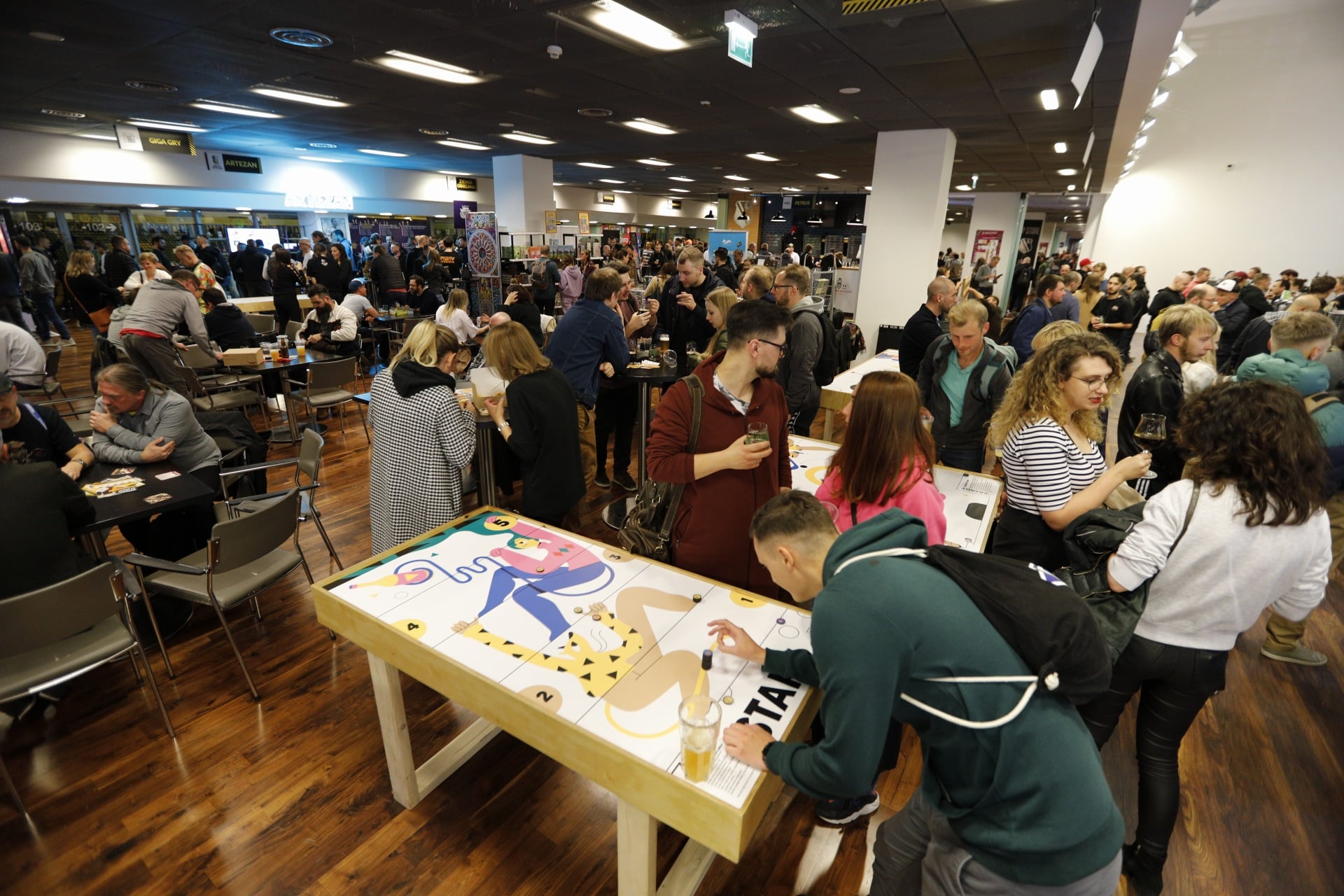 Hosted inside the VIP levels of Legia Warsaw’s football stadium, the three-day festival is set to attract 20,000 visitors though hopes are high that previous attendances could stand to be beaten given the reconfigured capacity of the venue itself.Warszawski Festiwal Piwa

“We’re ready to give the public the best event possible,” he says, “and the same goes for the breweries – you’ve got to remember they’ve been waiting two-years as well so that they can personally present the best beers in their portfolio.”

Hosted inside the VIP levels of Legia Warsaw’s football stadium, the three-day festival is set to attract 20,000 visitors though hopes are high that previous attendances could stand to be beaten given the reconfigured capacity of the venue itself.

More than anything else, however, the enthusiasm surrounding the festival can be taken as a reflection of a robust industry that has refused to be beaten by covid. 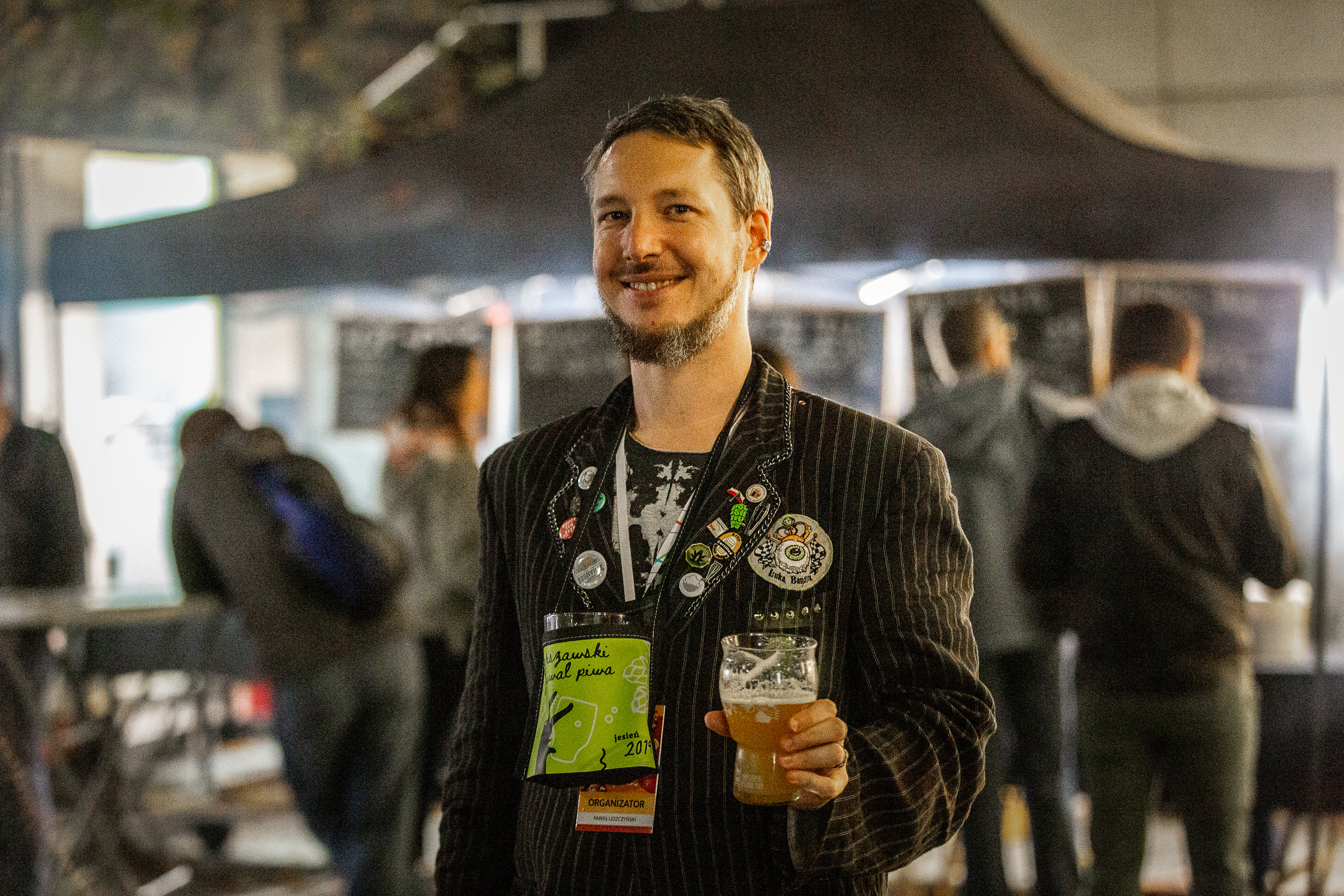 Crediting brewers whose passion for their work has outweighed economic reality, the festival’s co-founder Paweł Leszczyński said: “The crisis is by no means over but I think we can now see that the early forecasts proved incorrect.”Kalbar/TFN

Fears that anything up to one third of the country’s craft brewers would go out of business have proved unfounded, and instead the sector has continued to enjoy huge sales.

“The crisis is by no means over,” says Leszczyński, “but I think we can now see that the early forecasts proved incorrect.”

Quizzed as to why, Leszczyński credits brewers whose passion for their work has outweighed economic reality. 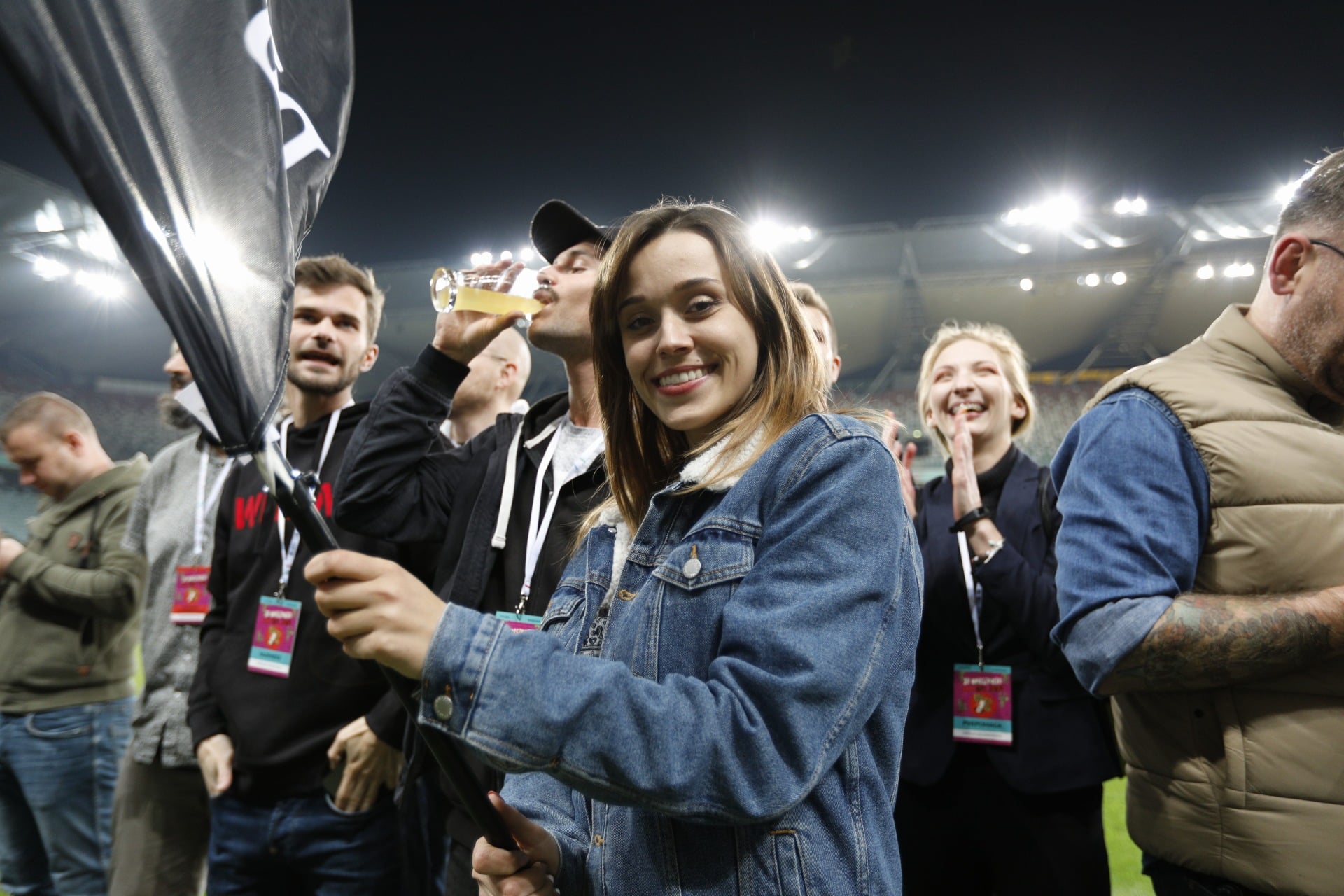 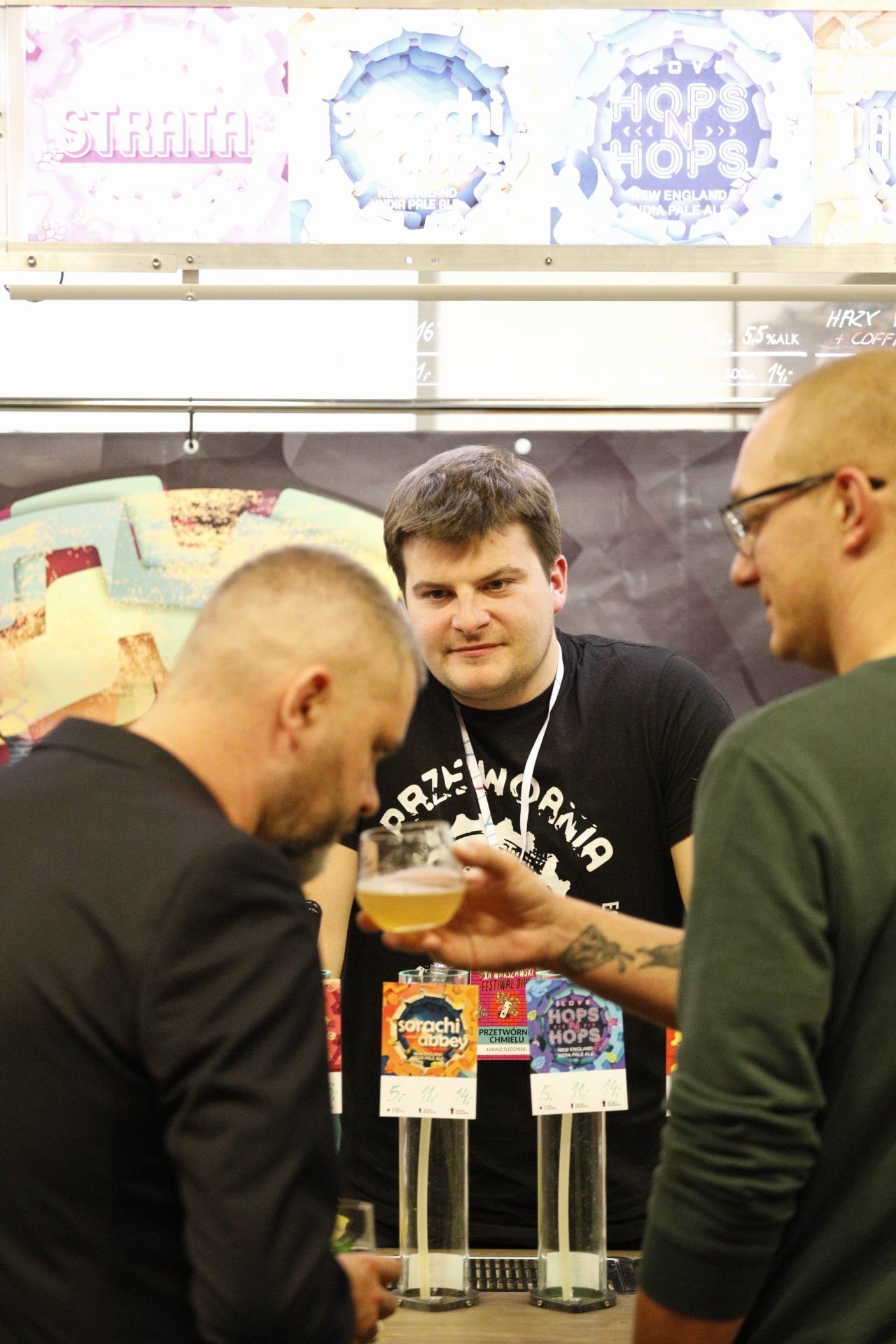 Leszczyński added that part of the success was the role that Poland’s tightly-knit craft community has played during the darkest days of the pandemic. He said: “The strength of the community really shone, and without their support we wouldn’t have survived.”Warszawski Festiwal Piwa

“They’ve shown how much they love this business and the community built around it,” he says. “It’s hard to leave something behind that’s become such a part of you, even if you’re losing cash.”

Likewise, Leszczyński adds that the quality of craft beer has helped assure it has a permanent place on the market.

“What we’ve really learned over this period has been that quality comes first,” he says. “Without it, it’s impossible to succeed.”

Moreover, Leszczyński is quick to emphasize the role that Poland’s tightly-knit craft community has played during the darkest days of the pandemic. 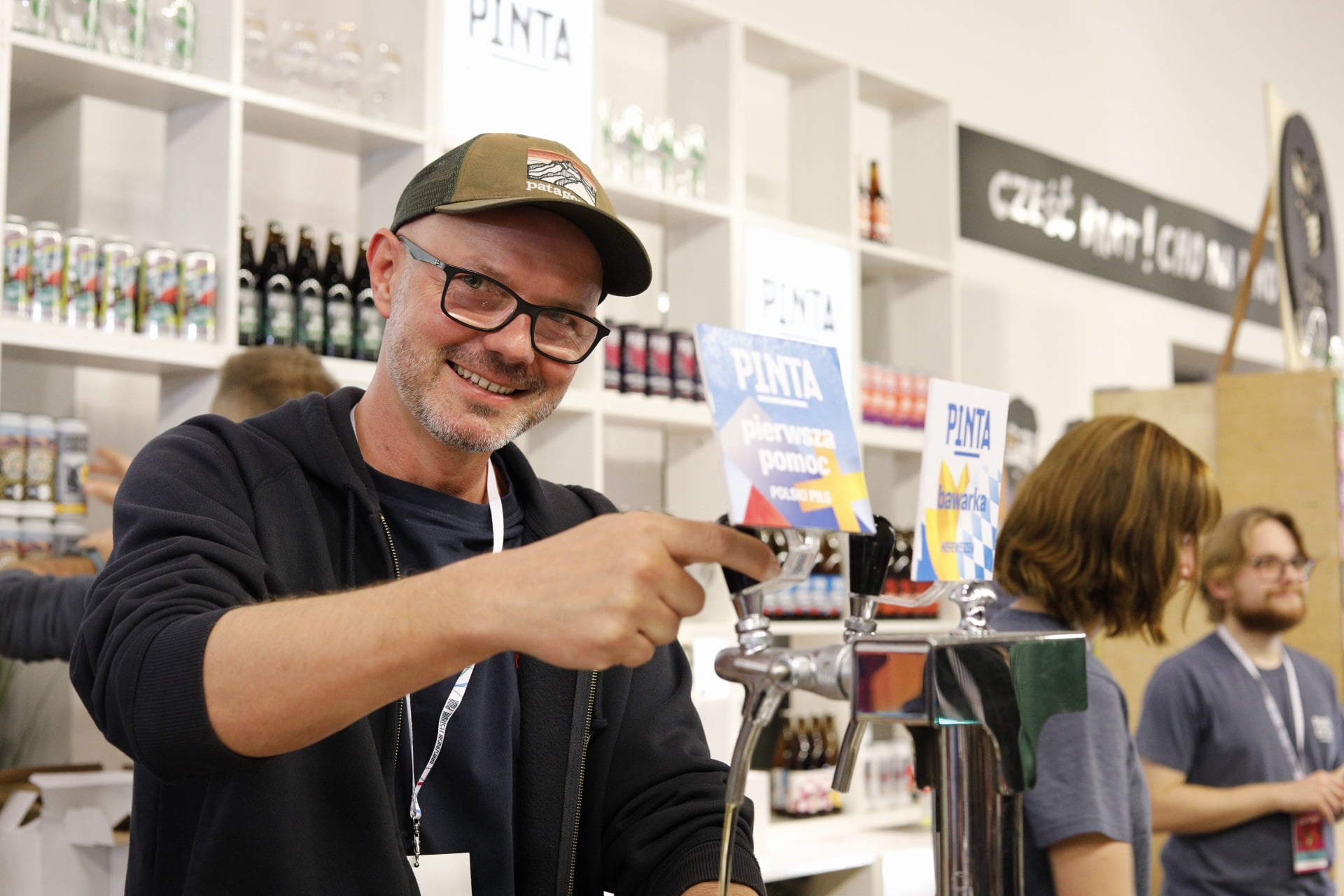 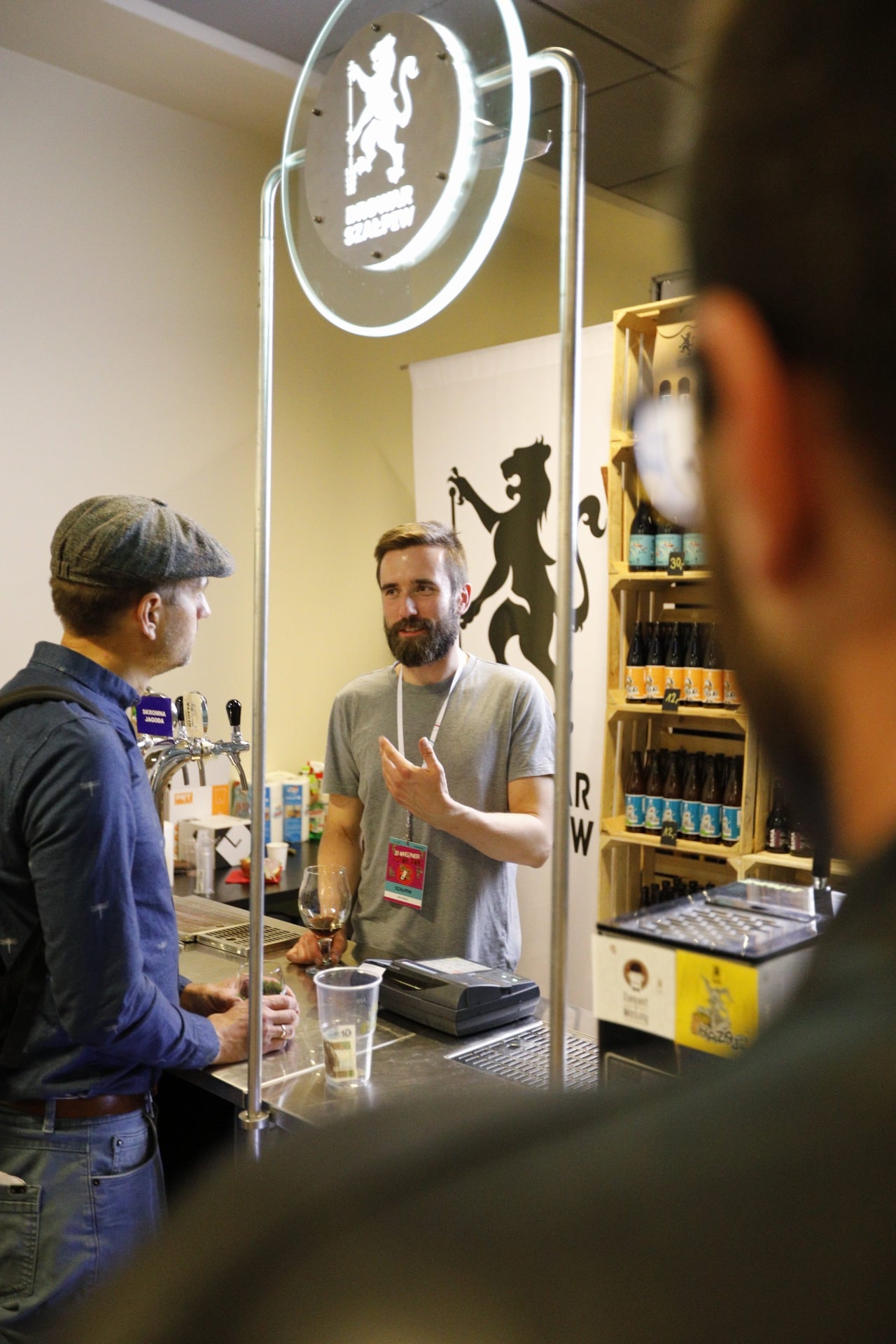 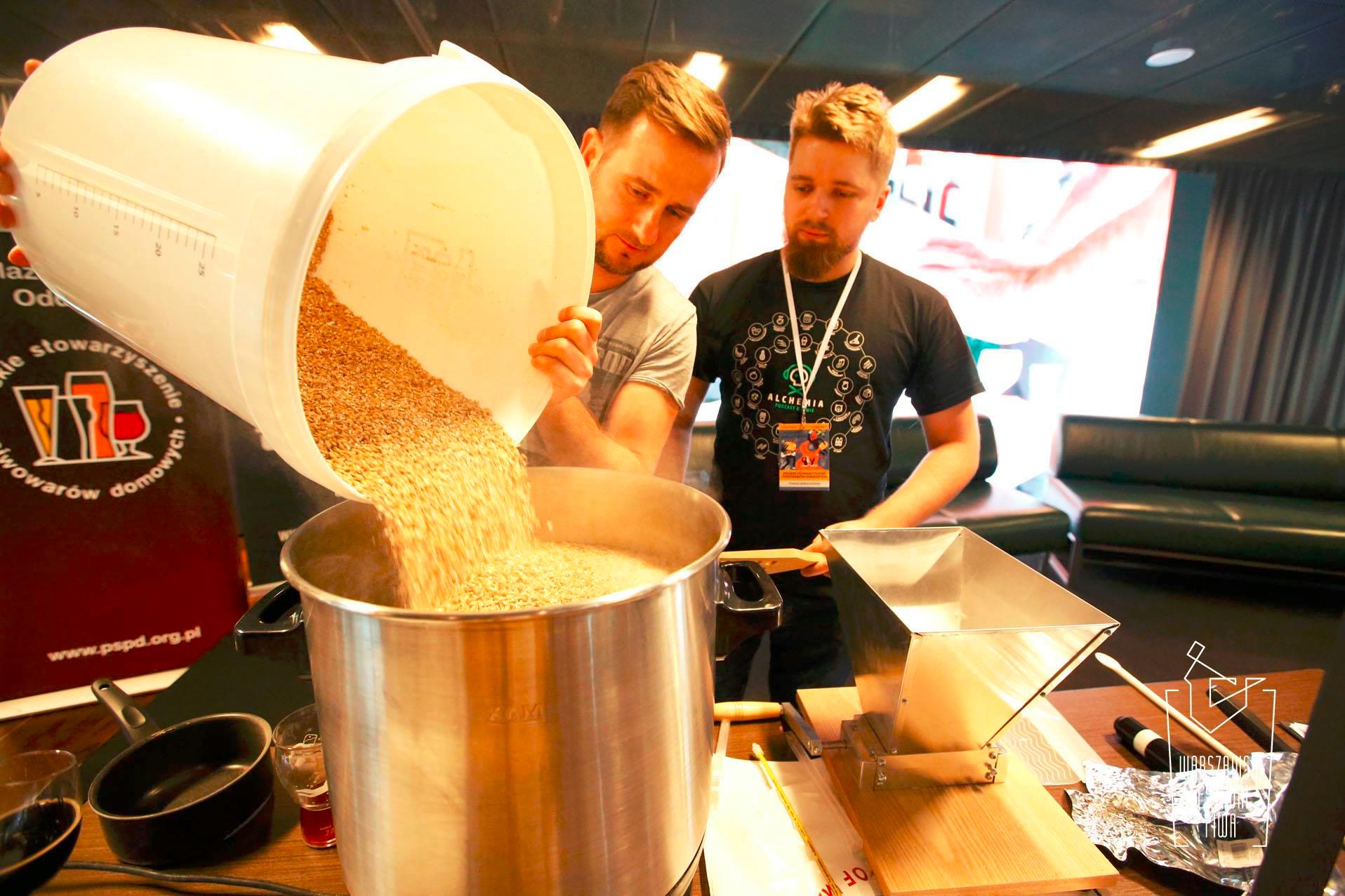 The brewing industry found that their survival came down to ‘honesty and hard work’ as well learning about diversity not just in varying the beer styles being brewed, but also a brewery’s sales channels.Warszawski Festiwal Piwa

“The strength of the community really shone, and without their support we wouldn’t have survived,” he says. “In fact, I’m not sure there’s any other group in which such relationships plays such a vital role.

“We also saw what really works – honesty and hard work really does pay off. And of course we also learned the importance of financial nous, as well as diversity – not just in varying the beer styles being brewed, but also a brewery’s sales channels.”

The optimism coursing through the industry has, though, been tinged with strong notes of caution. Spiralling prices and a lack of outside aid have left the craft beer sector facing mounting challenges that could yet have a major impact.

“The prices are going absolutely insane,” says Leszczyński. “Raw materials, cans, packaging materials and the cost of human labour have jumped to sometimes twice as much. The same goes when you consider things like electricity, water and waste. 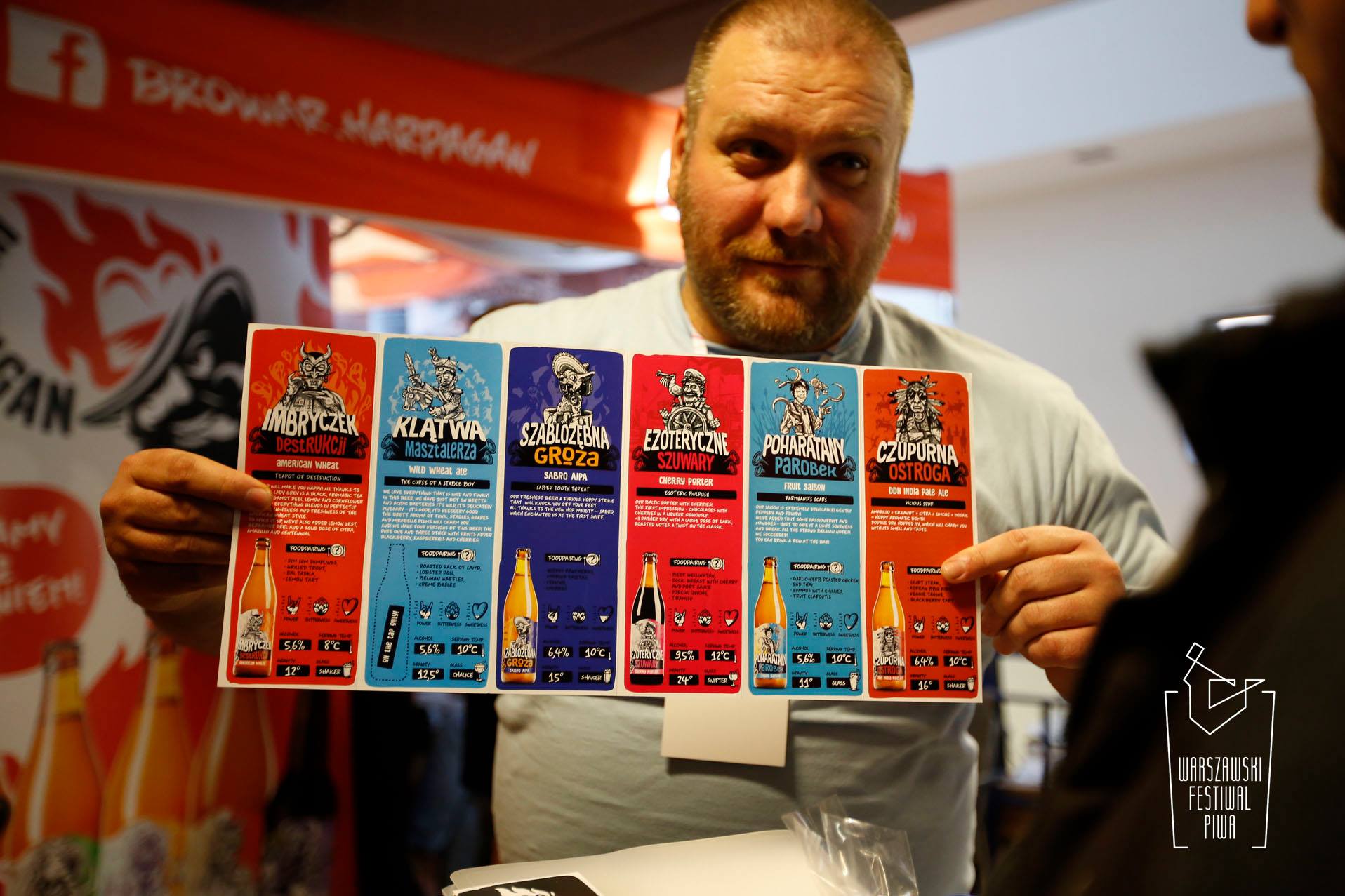 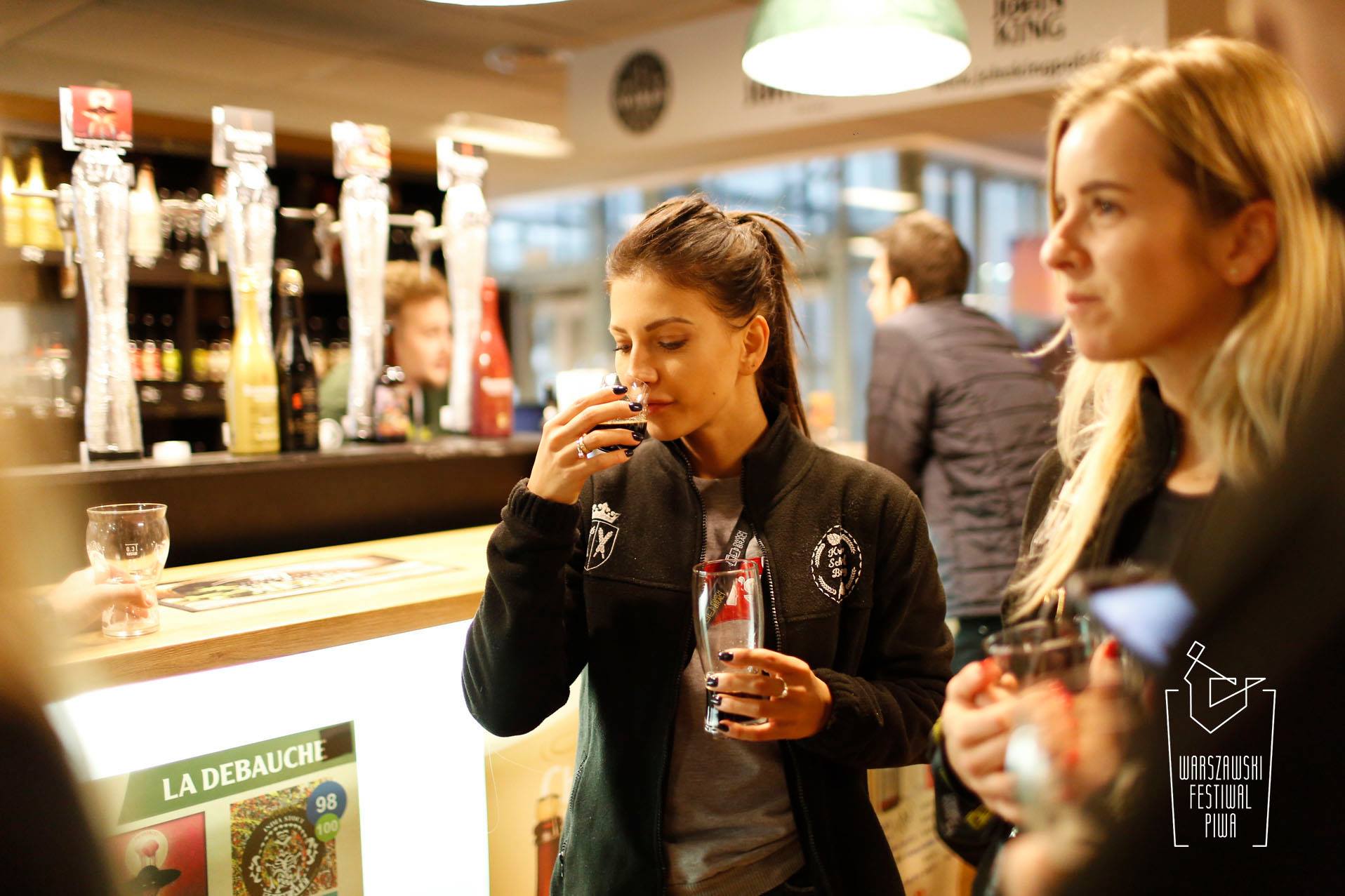 Strong demand paired with passion has helped many breweries ride the waves.Warszawski Festiwal Piwa“Craft beer pubs, meanwhile, have also been hit hard and find themselves in bad condition – only around 50% of invoices are being paid on time. Moreover, we’ve got a ticking time bomb to deal with: it’s been decided that those brewing for nomads aren’t entitled for the excise discount and they’ve now been ordered to pay it back and I’m certain that many won’t be able to do so.”

Still, the industry has done much to demonstrate its indomitable spirit. Initially left punch-drunk and reeling, appetite for final product has shown no sign of waning. “Once you try craft,” says Leszczyński, “there’s no looking back.”

This strong demand paired with the passion that the industry has naturally fostered has helped ride the waves.

“Craft beer is a labour of love,” says Leszczyński. “True, that has pros and cons and really means you need to work your ass off and learn all of the time, but it’s also helped ensure that so many breweries survived.”