Remembering Kazimierz Deyna: thirty years on from his death, the iconic footballer remains close to the hearts of millions of Poles

Events to mark “the year of Kazimierz Deyna” have continued at pace with the latest seeing an iconic statue created by a group of artists led by Paweł Althamer returned to Warsaw’s Brzeska Street.

First unveiled on October 25, 2015, the colourful monument had come within a whisker of being lost forever after it was removed by labourers engaged in nearby construction work – only a last minute intervention by Offside, a neighbouring bar, and members of the AKS ZŁY football club saved it from the scrapheap. 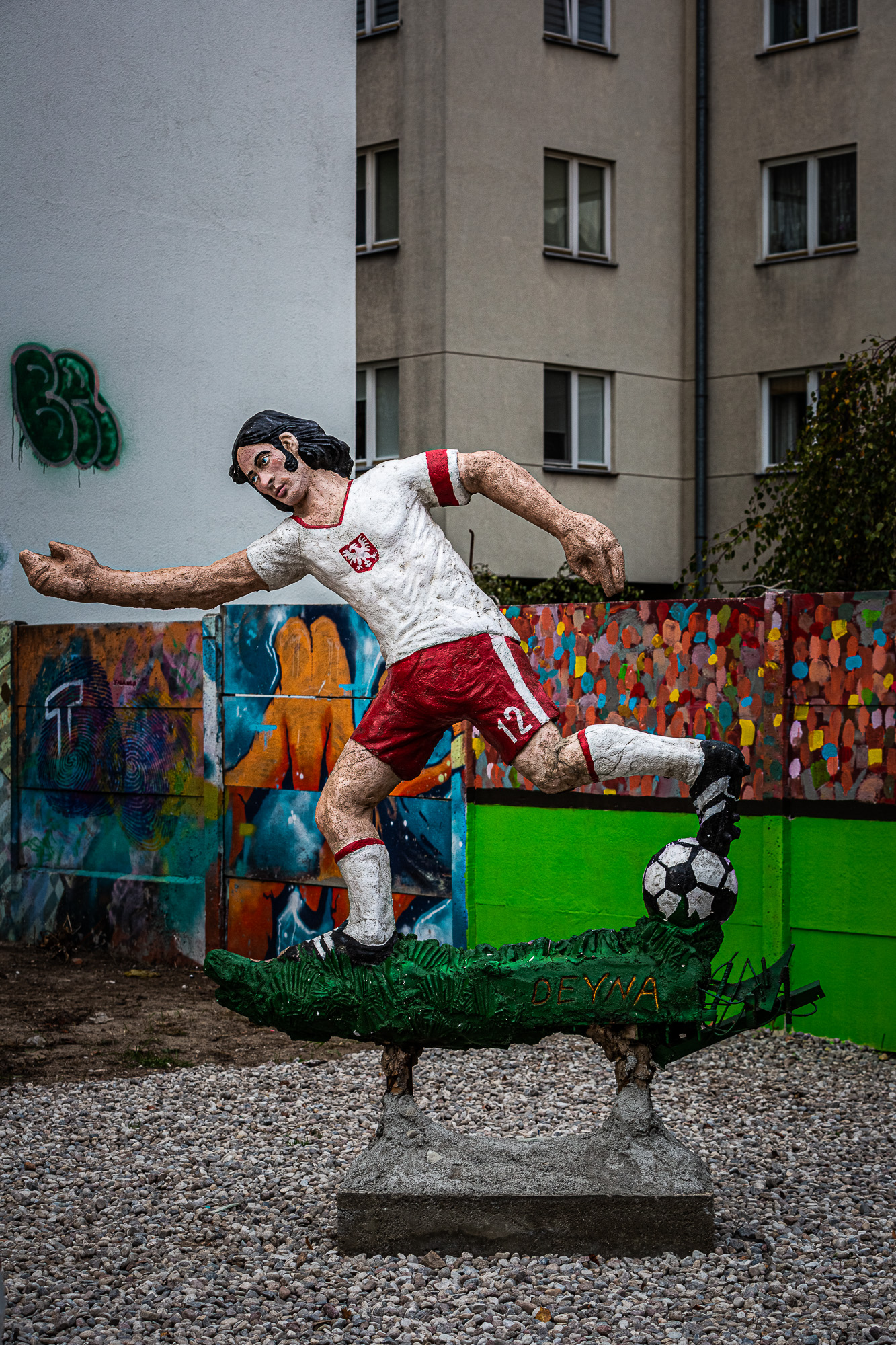 Unveiled on October 25, 2015, the colourful monument had come within a whisker of being lost forever after it was removed by labourers engaged in nearby construction work. Kalbar/TFN

Kept in a garden ever since, a lack of funds had prevented its subsequent reinstatement. Fate, however, intervened. On hearing that ZŁY had recently been named Europe’s best grassroots club by UEFA, Janusz Dorosiewicz of the Kazimierz Deyna Foundation called the team to congratulate them only to be told that they had in their storage the statue of Deyna.

With all sides working together to secure his return, Deyna was finally re-erected last weekend. 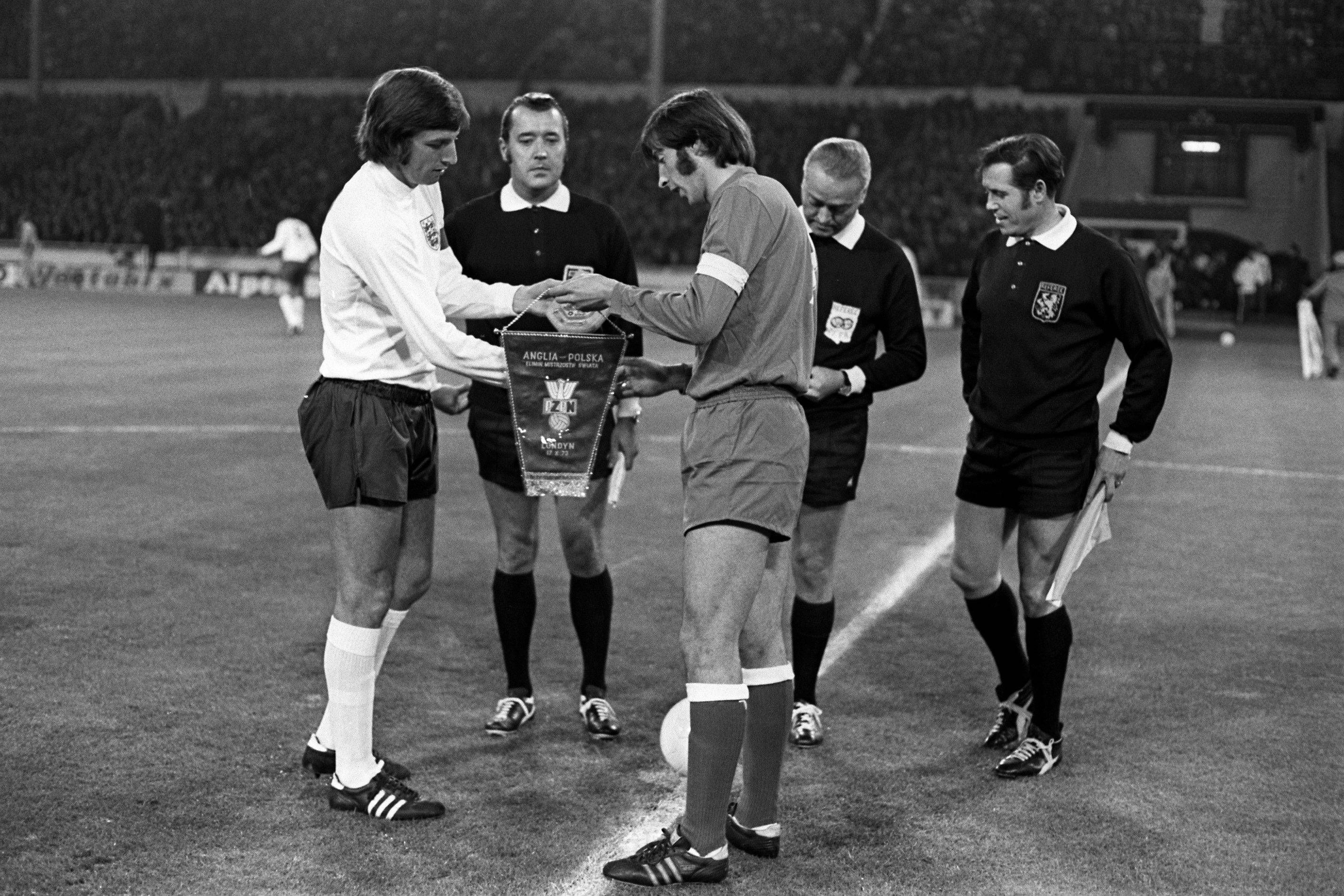 Deyna with Martin Peters, the England captain, before their teams’ epic World-Cup qualifier at Wembley in 1973.Peter Robinson/PAP

Widely regarded as Poland’s finest ever footballer, Dayna was born in Starograd Gdański in 1947 and made one appearance for ŁKS Łódź in 1966. Then under the patronage of the army, Legia Warszawa were able to flex their substantial muscle to snatch Deyna away to Warsaw where he quickly established himself as one of the team’s top players – over the following 12 seasons he netted 93 goals for the club in just over 300 appearances. 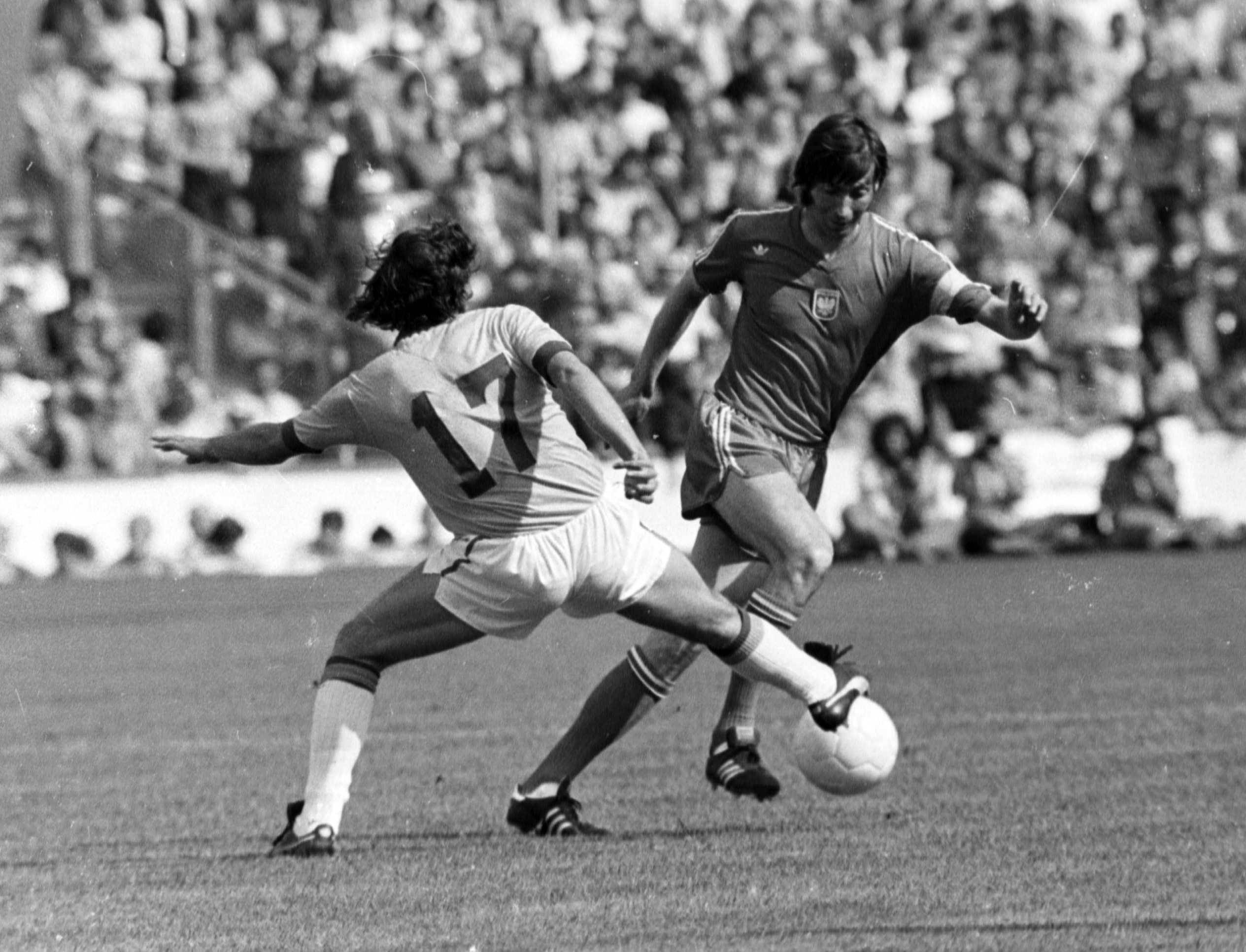 The man in action against Brazil in the 1974 World Cup. Unfancied at the start of the tournament, to the surprise of many Poland came third.Peter Robinson/PAP

Despite that, it was his exploits with the national team that truly cemented his legend. Capped 97 times for his country, the playmaker finished top scorer at the 1972 Olympics and was part of the side that famously qualified for the 1974 World Cup at England’s expense.

Having appeared at the tournament only once before in 1938, the dark horses lit the finals on fire in the group stages by recording epic wins over Argentina and Italy – Deyna’s thunderbolt goal against the latter was said to have been hit with such ferocity that he had to later change his boot. And sandwiched in between those matches, there was still time to hand out a 7-0 rollicking to a hapless Haiti. Again, Deyna’s name was notched on the scoresheet. 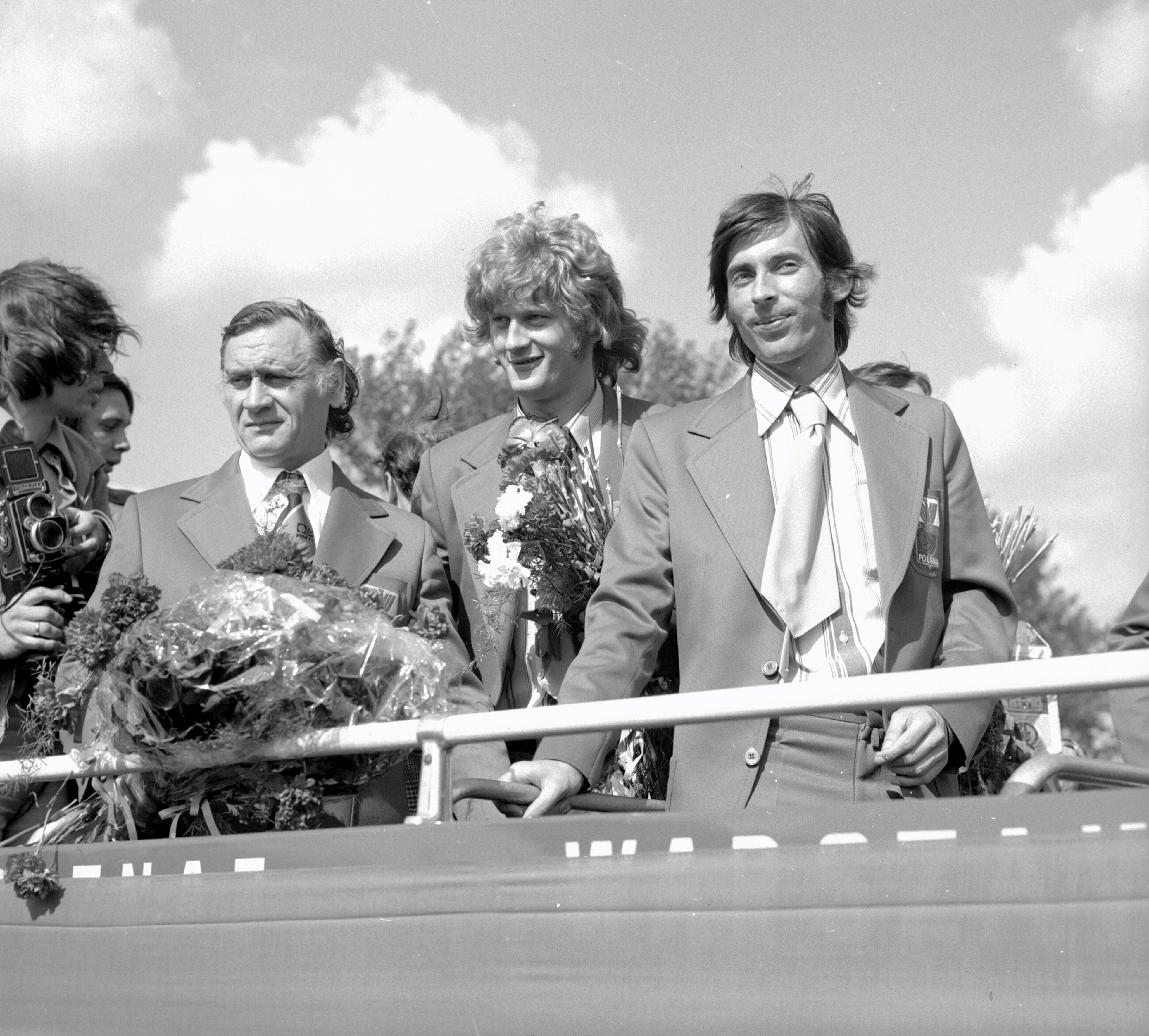 Deyna and the team are feted at Warsaw airport after returning from the World Cup in 1974.Zbigniew Matuszewski/PAP

Nicknamed “the water battle of Frankfurt”, Poland’s next match, the semi-final, pitted them against the hosts, West Germany. Played in quagmire conditions following a torrential downpour, the visitors narrowly lost to the eventual champions but finished the tournament on a high after being Brazil to come third.

Hailed as national heroes, Deyna had been pivotal in the country’s success and his adventurous style of play saw him voted the third best player of the competition behind only Johann Cruyff and Franz Beckenbauer. 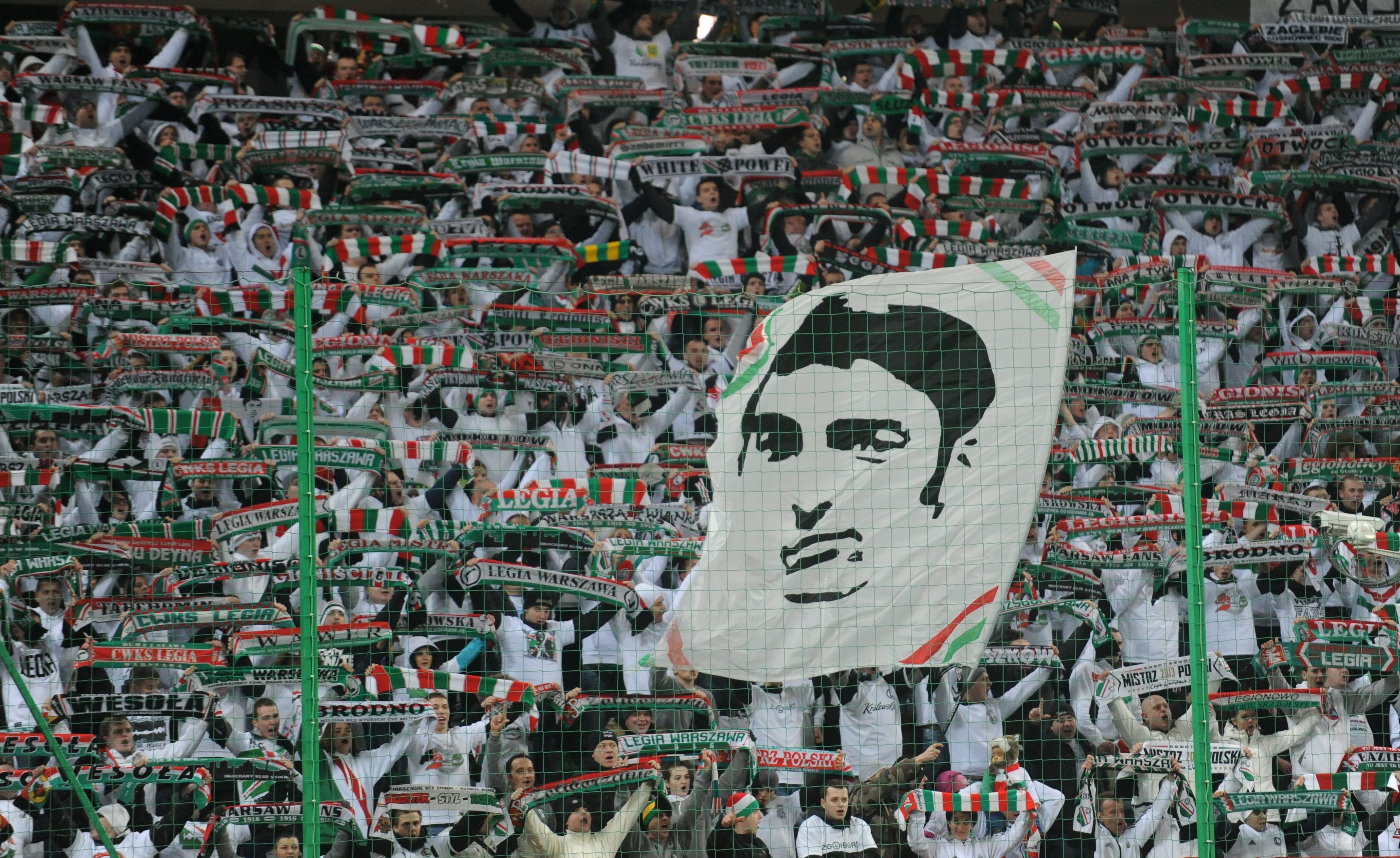 Considered the golden boy of a golden generation of Polish players, his star glimmered brighter than most and his knack for scoring from impossible positions was further underlined when he netted direct from a corner kick in a 1977 qualifier against Portugal.

Circled by Europe’s top clubs, Real Madrid are said to have courted him by sending him a shirt with No. 14 on the back, and his name was also linked to the likes of AC Milan, St. Etienne, Bayern Munich and AS Monaco where Prince Rainier was an open admirer. 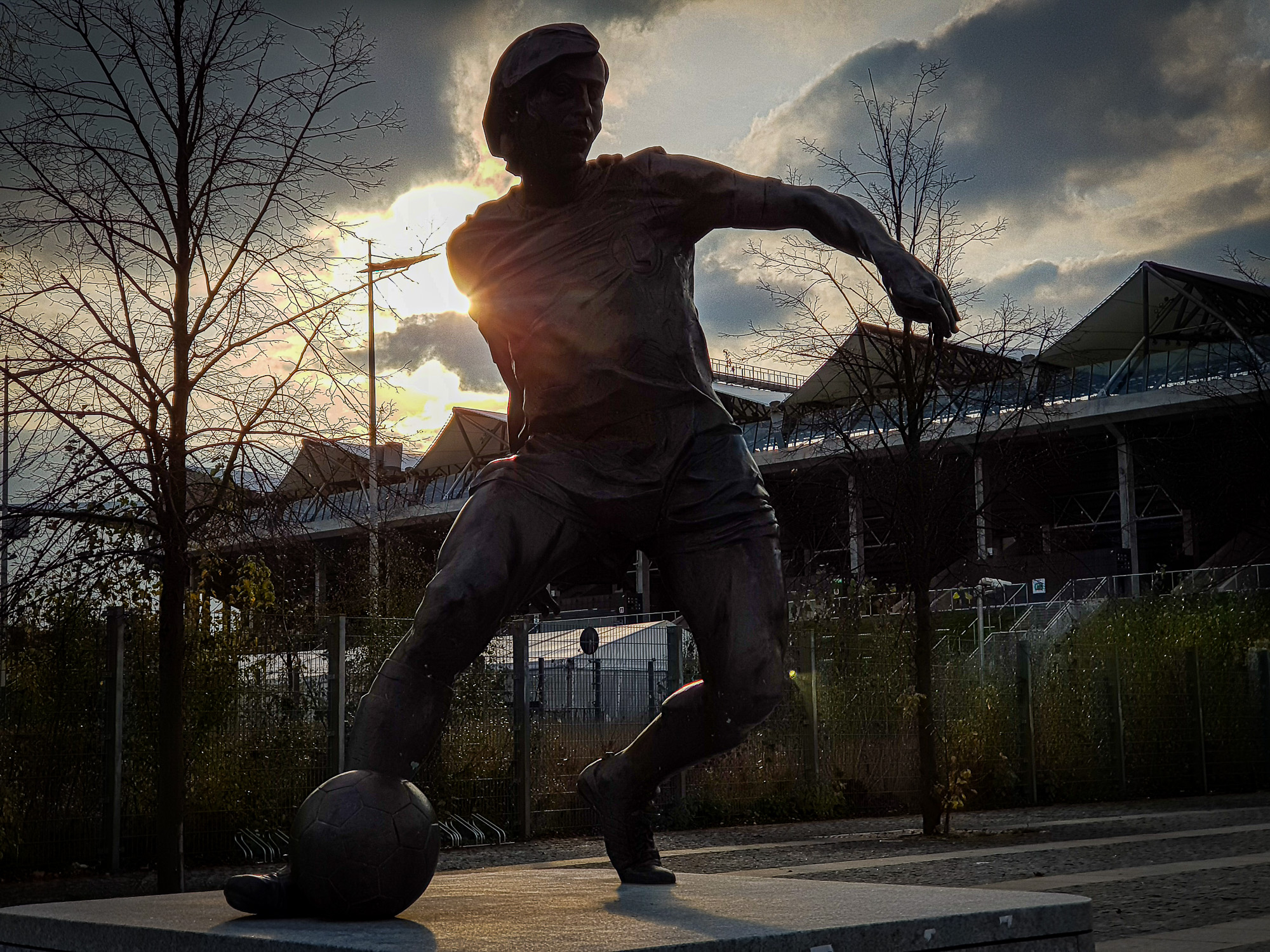 The statue of Deyna at his old club, Legia Warsawa.Kalbar/PAP

Under the communist regime, though, players were forbidden to move abroad until the age of 30, an absurd decree the deprived Europe of seeing the best of his talent. When a transfer was finally engineered, it was to Manchester City after their chairman, Peter Swales, reached an agreement with Polish authorities that allegedly included – on top of the financial fee – crates of Adidas sporting equipment, fridges and other assorted electrical equipment. 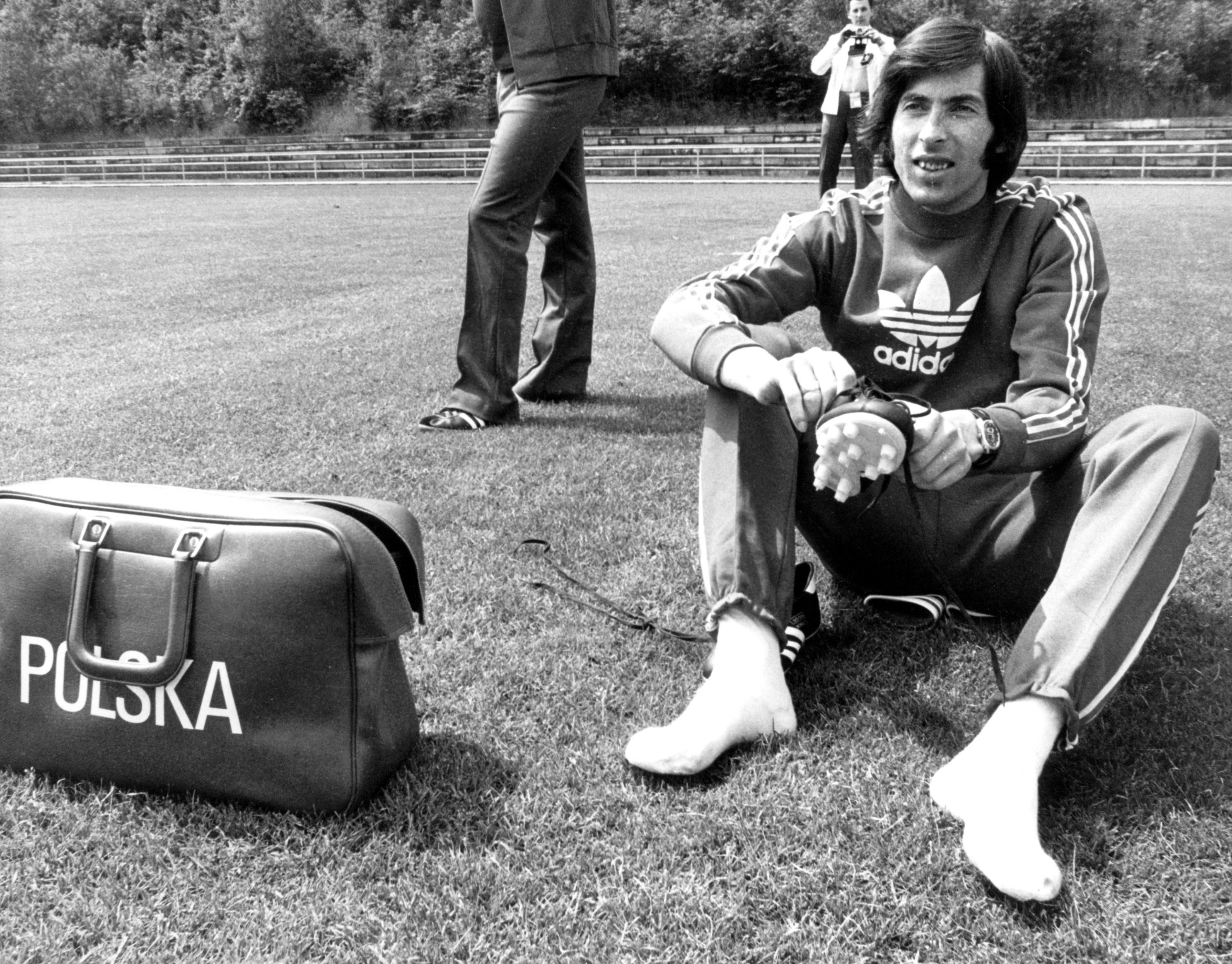 Under communist rules Deyna could not play for a foreign club until he had hit the age of 30.Moesch/PAP

In spite of being past his prime, and struggling with both injuries and a reputed drinking habit, he earned cult status among the City faithful that endures to this day and his string of goals towards the end of the 78/79 season are largely credited with saving the side from relegation.

Though increasingly a peripheral figure at City, his global reputation was such that he was cast to appear in the 1981 film Escape to Victory alongside some of the biggest names in both cinema and football: Sylvester Stallone, Michael Caine, Pele, Ossie Ardiles and many more besides. 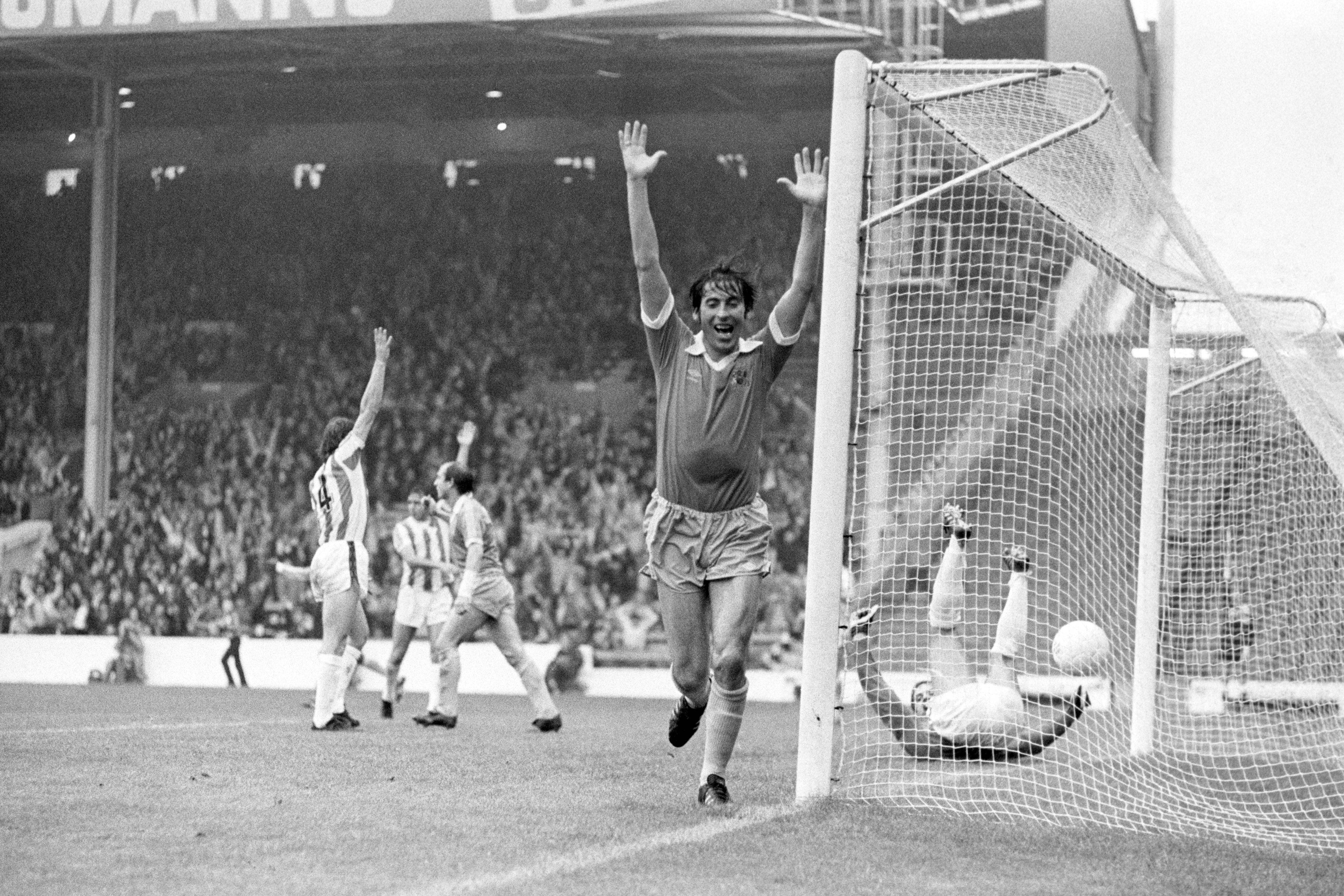 Seeing out his career in the US, and plagued by financial issues (that included being lavishly cheated by a close advisor), his life was cut short at the age of 41 after he crashed his car at high speed while returning to San Diego in 1989. Traces of alcohol were found in his bloodstream, marking an ignominious end to one of football’s great names.

Still, his legend survives, especially so at Legia where his No. 10 shirt has been retired and a statue has been placed outside the stadium. To this day, banners bearing his face are a frequent sight during home games. 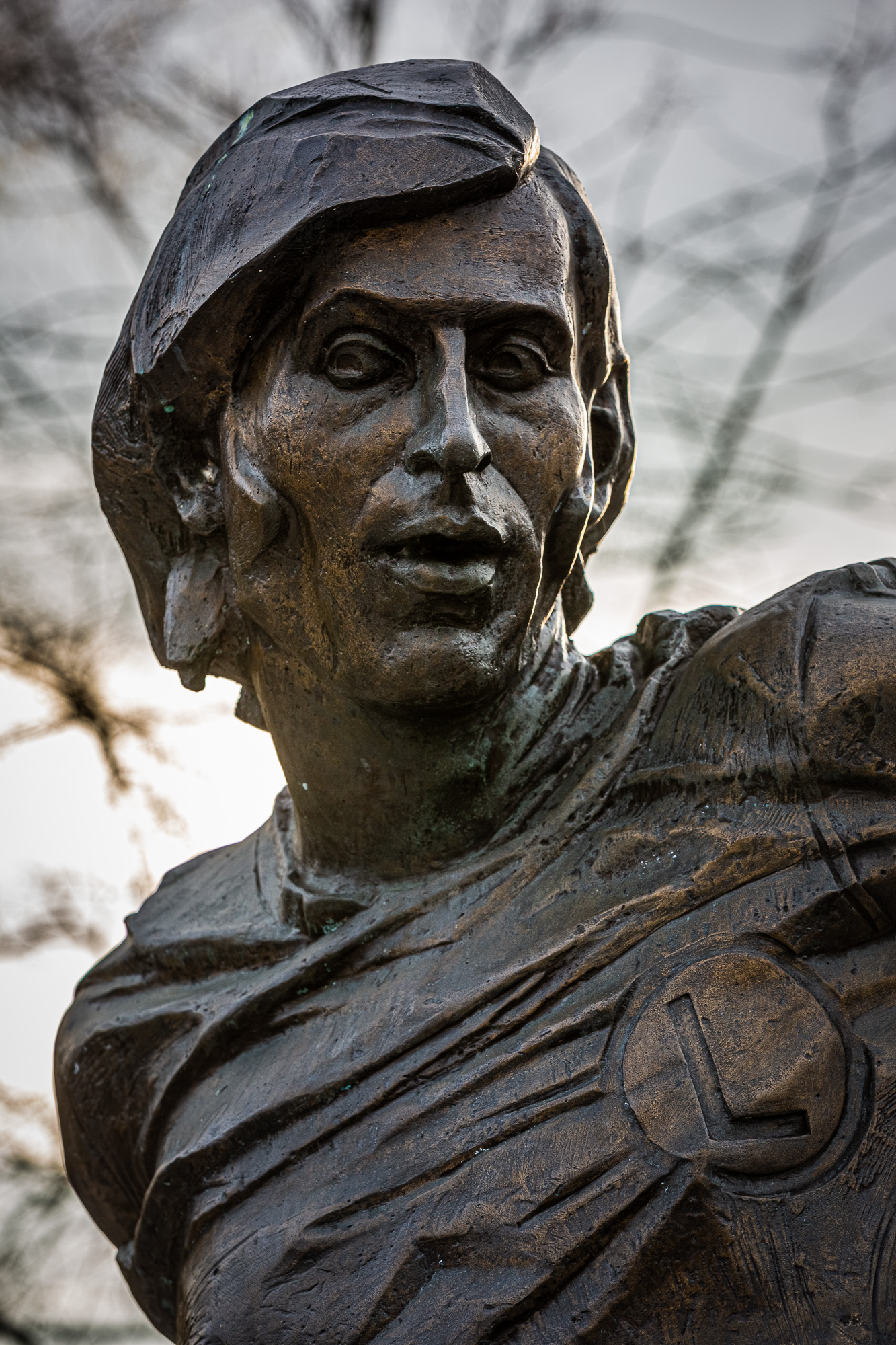 Deyna is still considered one of the greats of Polish football.Kalbar/TFN

Speaking of his lasting impact, Dr. Christopher Lash, a prominent expert on Polish football, is glowing in his assessment: “He was an excellent player, first of all. He had wonderful technique, could glide past players and had the rare ability to control a game. On top of that, he looked great, and that helped him become a bit of a poster boy for Polish football even though he was much quieter and less at ease with himself than others.

“Furthermore, he represented a wonderful time for Polish football and the fact that he couldn’t go abroad until 30 was a sad legacy of his career – I think, also, the point that he died in a car crash at such a young age has also influenced the way he is remembered; his tragic early death has made him more than just another great player from that era.”

To coincide with the 30th anniversary of his passing, 2019 was named as “the year of Kazimierz Deyna”, with the commemorations including the scheduled debut of a large format wall mural in the capital’s Ochota district, the renovation of his statue outside Legia’s ground and the release of thirty million commemorative stamps issued by Poczta Polska.