The body of a seven-year-old boy who was buried alive by the Germans during WWII has been uncovered near Białystok. The boy was machine gunned as he raced to warn his parents about the approach of German soldiers. Now, after 77 years, he can be laid to rest alongside his mother and father.

Romuald Lenczewski’s remains were found by the Institute of National Remembrance (IPN) Search and Identification office one metre under the ground in a hole used to store potatoes.

The crime took place in October 1943 in the village of Leńce in the Podlasie province. Romuald and his cousin were playing next door to their house when they noticed German trucks approaching. 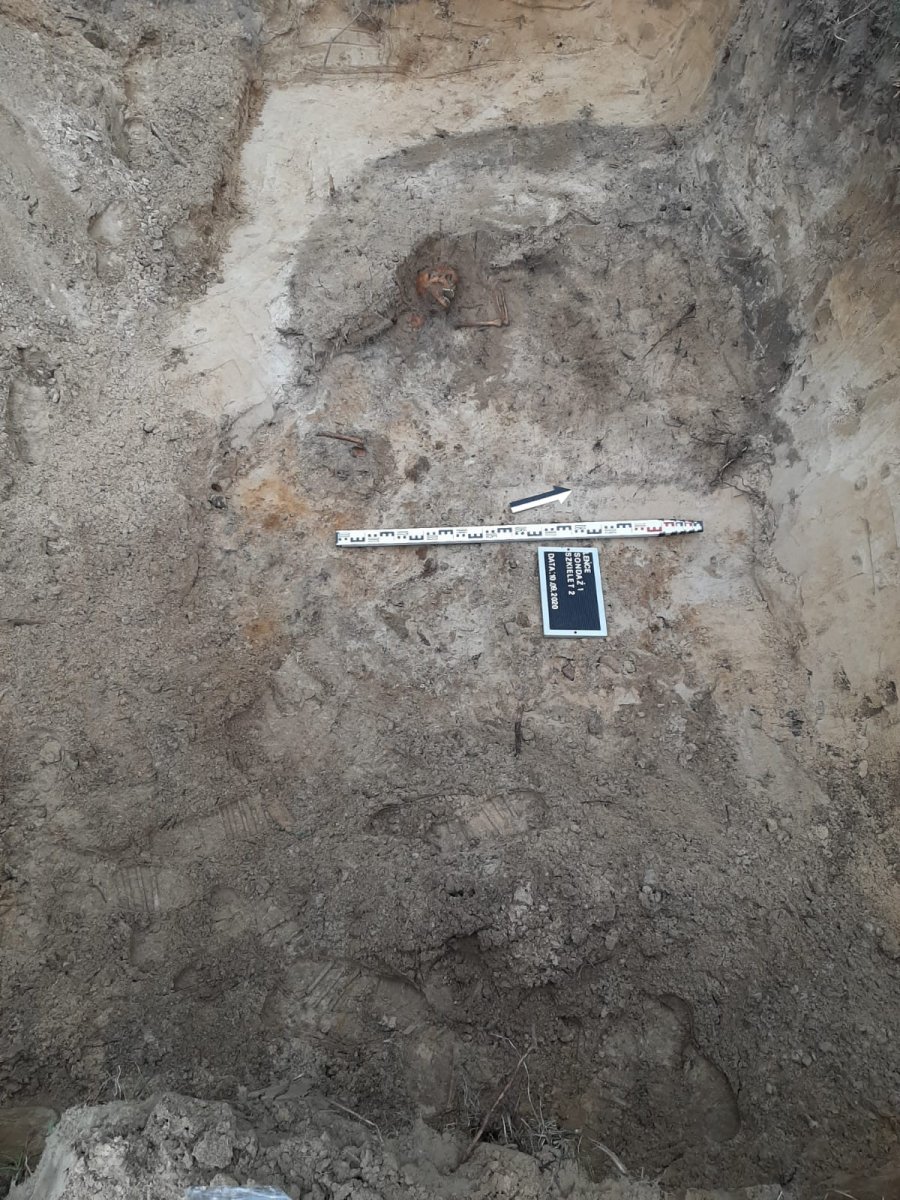 The remains were found one metre under the ground in a hole used to store potatoes.IPN

Romuald’s cousin, Jerzy Modrzejowski, wrote after the war: “I was playing with my cousin next to the house by a huge linden tree that still grows on windmill hill. At one point we heard and saw two large lorries on the road coming towards our house.

“We ran away in panic and fear crying 'Germans!’. I went home. My cousin Romuald […] ran along the road towards the field where his parents were working. He did not make it. A round of machine gun fire knocked him to the ground.”

The boy, despite his age, must have realised the extreme danger of the situation. Hiding in the family home were Home Army soldiers Janusz Owsiński, who was the adjutant to the commander of Home Army commander of the Białystok district, and his twin brother Andrzej, together with their mother. 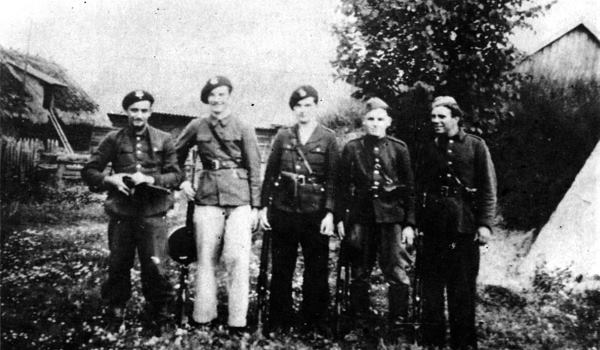 The German soldiers ordered that the boy be buried behind the family home. Jerzy Modrzejowski wrote: "This tragic duty fell to a neighbour. With tears in his eyes, under threat of being shot, he buried my brother. This man could never forget it for the rest of his life”.

According to the IPN, “While exhibiting signs of life, the Germans had the boy buried in a pit prepared for storing potatoes.”

The soldiers searched the house and arrested Janusz Owsiński, who was in hiding, and all the family members, including children. 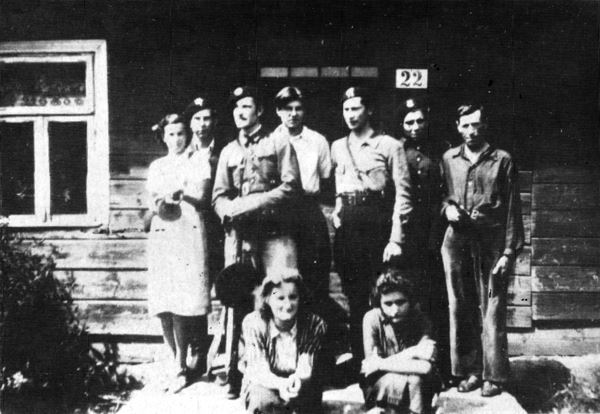 The soldiers were a common sight in the village.Uderzeniowe Bataliony Kadrowe /Facebook

Owsiński was murdered in Grabówka near Białystok, the largest killing site in Podlasie during World War Two. The members of the Lenczewski family who were arrested were kept in Białystok prison for several months.

According to IPN researchers, the Germans most likely knew that Polish partisans were sheltering in the village.

Many photographs exist of soldiers of the Home Army’s 8th Strike Battalion taken against the background of houses in Leńce. Older villagers also remember soldiers in uniforms attending mass in the village church. 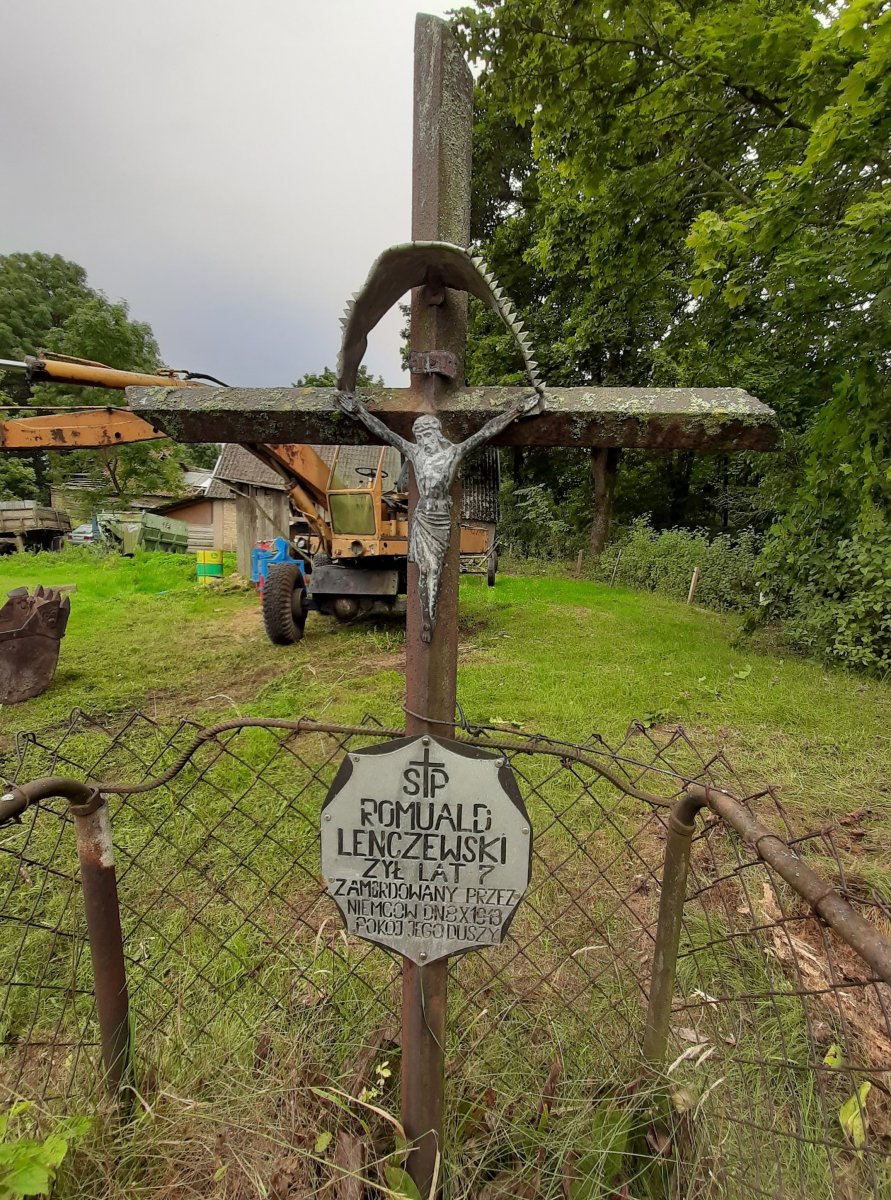 Romuald Lenczewski's brother made a symbolic grave for him but not on the site of where he was buried.IPN

“I think the boys must have seen those Polish uniforms. You couldn’t hide such a large number of soldiers - we are talking about dozens of people here - from children. Therefore, these children had to see these soldiers and they had to realise, despite their young age, how serious the situation this was,” said Marta Chmielinska from the Institute of National Remembrance in Bialystok.

Many years after this event, Romuald Lenczewski's brother made a symbolic grave, but it was not at the site where the boy was buried.

The IPN employees found the remains on a private property in Leńce. An initial anthropological examination suggests that the remains belong to Lenczewski. Confirmation of identity will be possible after genetic testing.