The remains of three former Polish presidents-in-exile have been repatriated to Poland from a military cemetery in the UK.

On November 3, the bodies of Wladysław Raczkiewicz (who was Poland's president-in-exile from 1939 to 1947), August Zaleski (1947-1972), and Stanislaw Ostrowski (1972-1979), were exhumed from the Polish war graves section of the cemetery in Newark-upon-Trent, Nottinghamshire, in central England.

A plane with their remains landed at the military airport in Warsaw on Saturday afternoon.

Polish Prime Minister Matuesz Morawiecki said at a welcoming ceremony that the three president "were the depositaries of memory and the continuity of the Polish state, and guardians of hope."

"In the dark times of communist captivity, they retained the insignia of the Republic of Poland," he said.

"It was also thanks to their perseverance that the Polish nation lasted for decades in communist captivity and survived until 1989, when the dawn of freedom came to us," Morawiecki added. 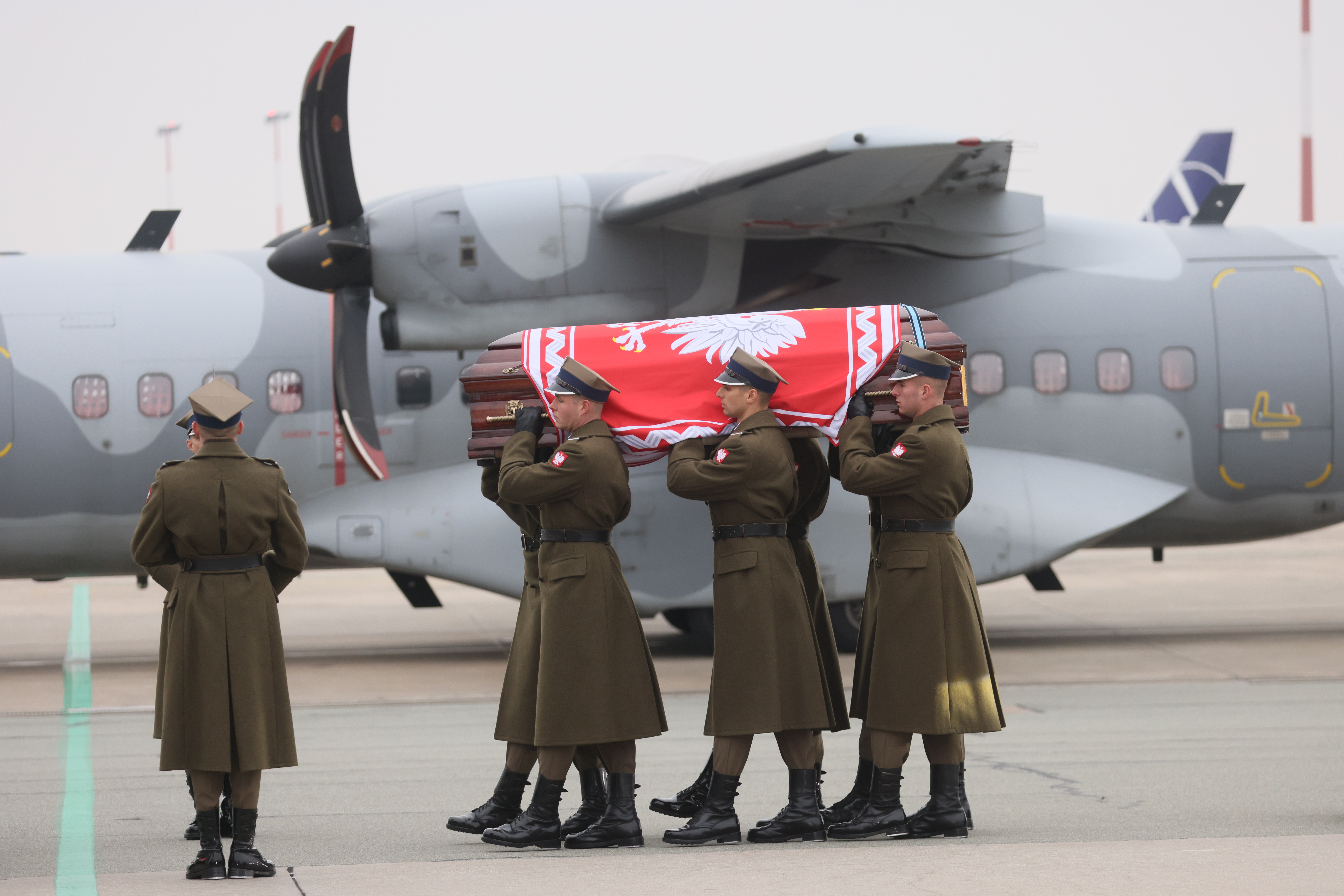 A plane with their remains landed at the military airport in Warsaw on Saturday afternoon.  Paweł Supernak

Funeral and reburial ceremonies were scheduled for Saturday afternoon at the newly-created Mausoleum of the Presidents of the Republic of Poland, situated in the Temple of Divine Providence in Warsaw, where the remains of the three presidents will be interred.

The mausoleum will also hold the remains of Ryszard Kaczorowski, the last Polish president-in-exile, who was among the victims of the Polish presidential plane crash in Russia in April 2010. He is buried in the Pantheon of Great Poles at the Temple of Divine Providence.

The project to return the remains comes under the patronage of President Andrzej Duda and started in 2018 on the centenary of Poland regaining its independence as the Polish government's 'Mission: Free Poland' campaign.