Researchers have discovered the remains of Poles murdered at KL Ravensbrück, the notorious German concentration camp for women.

A specialist research team from Poland’s Institute for National Remembrance uncovered the ashes of murdered women as well as metal plaques from urns with information on their identities during archaeological work at a cemetery in Fürstenberg in Germany near the SS-operated camp.

The urns had broken down in the soil over time but the metal plaques have been preserved in relatively good condition and contain the names of women who were executed, their place and date of birth, and place and date of death.

Among the remains of those found are Henryka and Małgorzata Dembowska, the sister and mother of the post-war Bishop of Wrocławek Bronisław Dembowski. 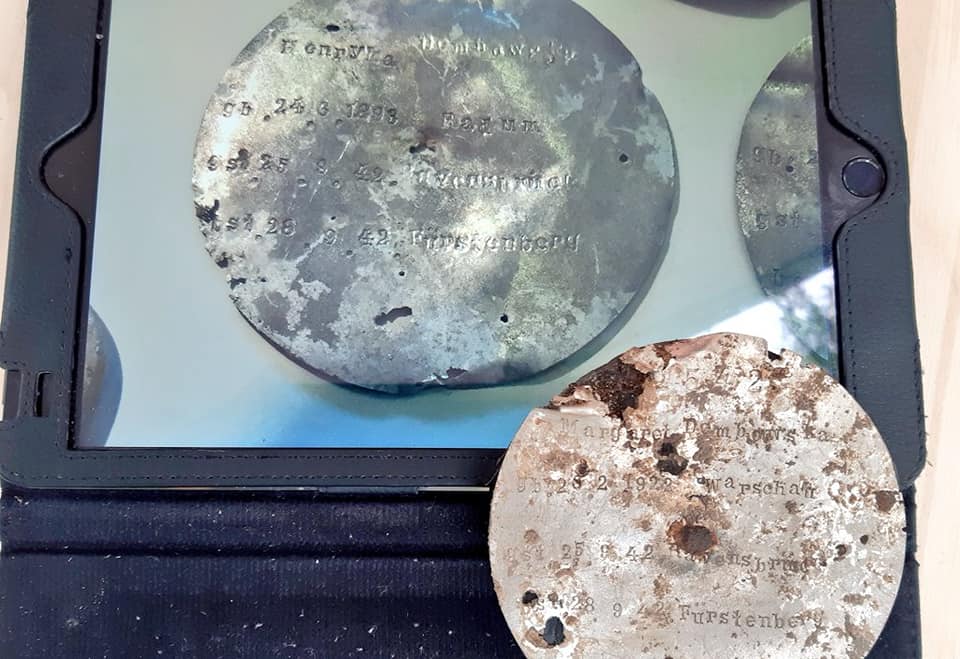 Speaking yesterday in Fürstenberg, Krzysztof Szwagrzyk, who for several years has led the IPN’s search for secret burial places of victims of totalitarian crimes, said: “A few hours ago, a plaque with a relatively well-preserved name, surname, dates and places of birth and death was found, which is related to a particular history.

“During one of the executions at KL Ravensbrück, the mother and sister of Bishop Bronisław Dembowski were murdered. Today we managed to find this plaque.” 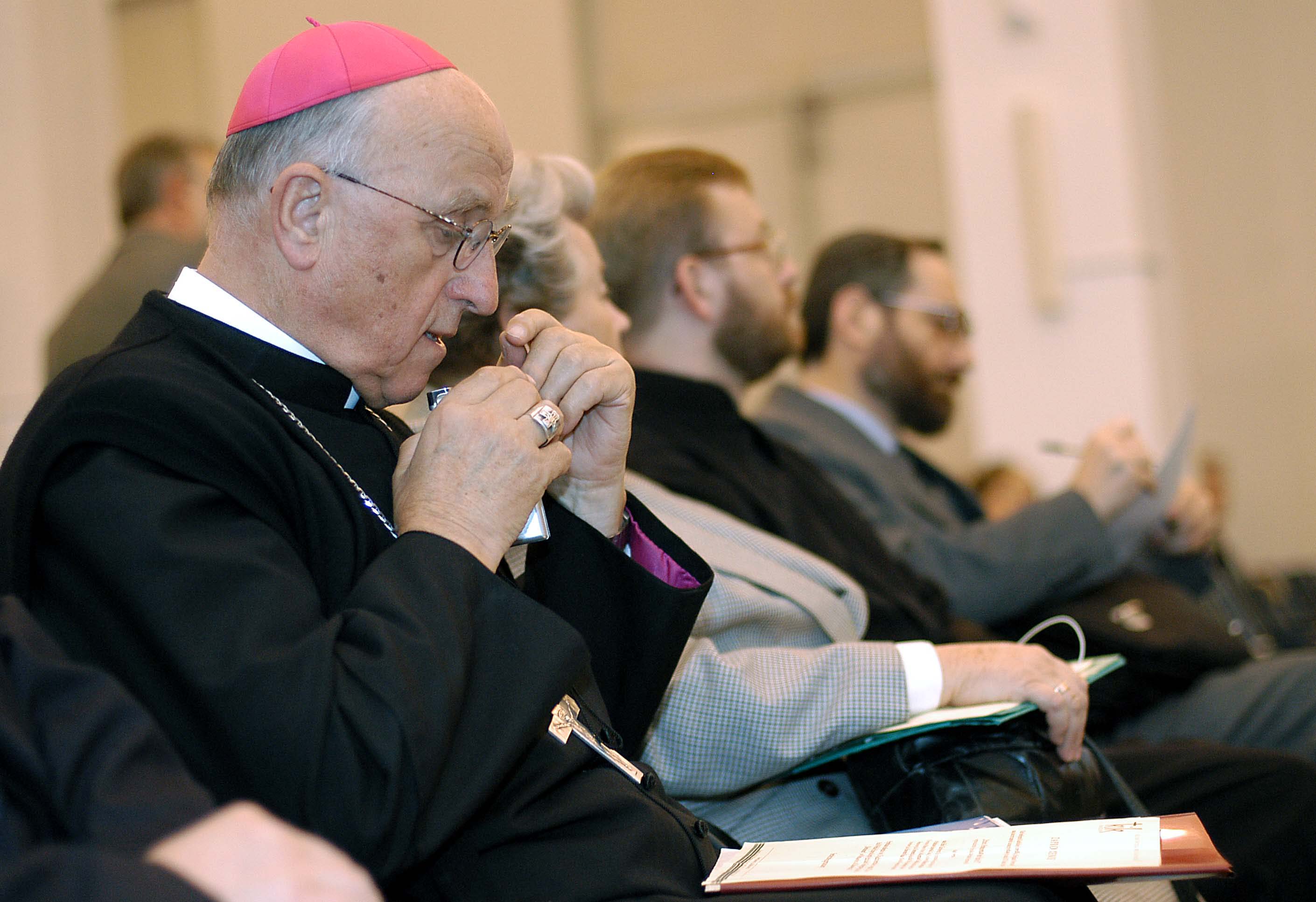 The remains of the sister and mother of Bishop Bronisław Dembowski were among those found.Jacek Turczyk/PAP

During Martial Law, Bronisław Dembowski worked in a Catholic organisation that provided help to opposition activists who were interned. In 1989, he represented the Catholic Church at the Round Table negotiations.

The work being carried out at the cemetery is the second stage of the IPN’s search of the site, which started in April this year. 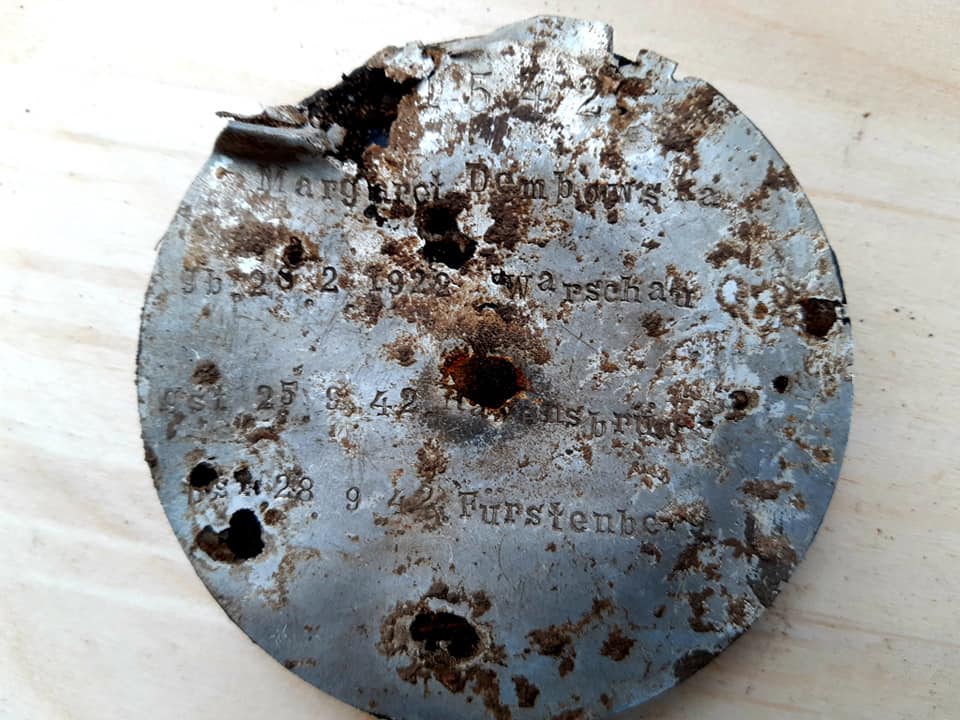 Ravensbrück, which was the largest concentration camp for women operated by Germany, did not have its own burial site for victims, so it used a cemetery in nearby Fürstenberg in north-east Germany.

Women who died at the camp or who were murdered were cremated at the cemetery. Their ashes were placed in urns, which were then buried there. 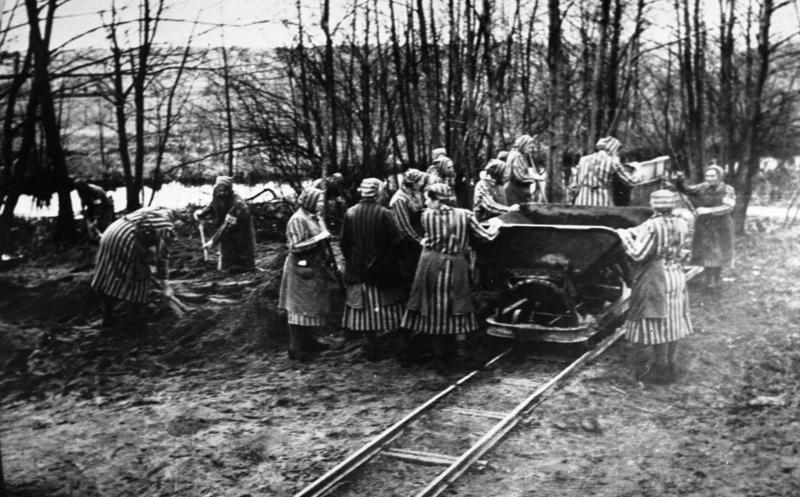 In 1989, a mass grave was discovered at the cemetery by accident and plaques were dug up with details of those who were buried there. 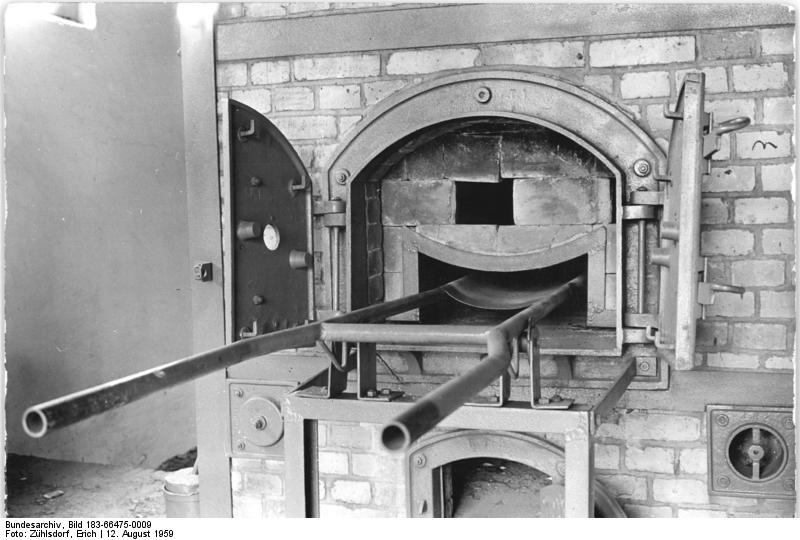 Women who died at the camp or who were murdered were cremated at the cemetery. Their ashes were placed in urns, which were then buried there. Bundesarchiv, Bild 183-66475-0009 / CC-BY-SA 3.0

The plaques were placed in the local museum and a panel commemorating the victims was erected. Unfortunately, it contained many misspellings of Polish names and relatives of known victims were not informed about the discoveries. 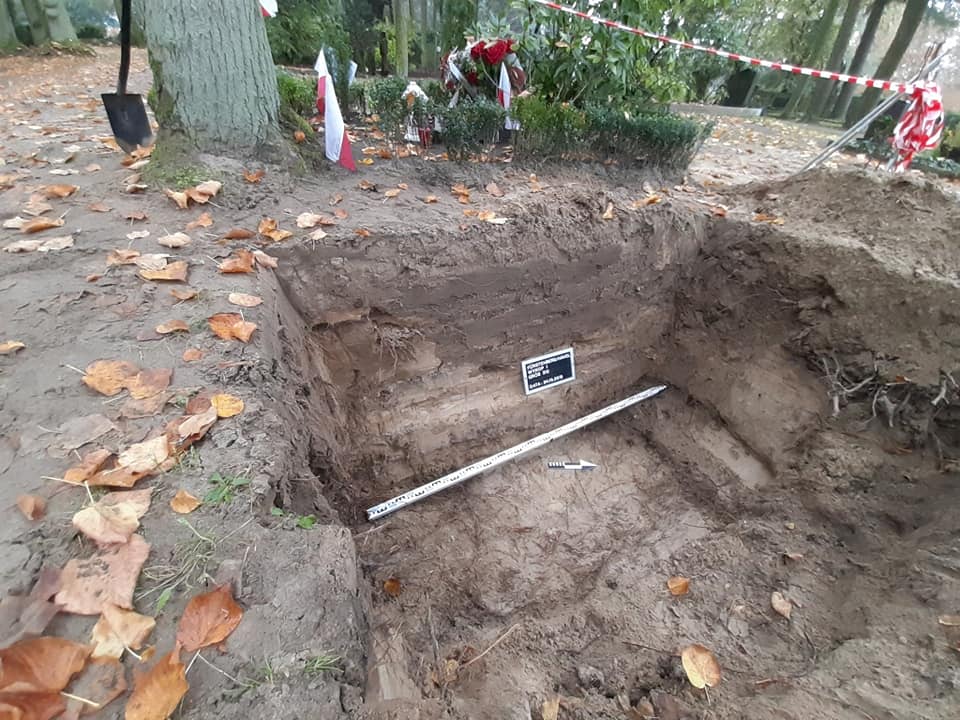 The IPN decided to examine the site properly and earlier this year started its first ever archaeological work in Germany, which resulted in the discovery of nine urns and two urn plaques.

Archaeologists currently working at the site have discovered not only urns and ashes. “Despite cremation, we are finding whole fragments of human bodies that were not fully burned,” said Szwagrzyk.

He also announced that next spring the ashes of the Polish women will be given a ceremonial and dignified burial. “We are planning a funeral ceremony here, as well as the unveiling of a monument to be erected by the Institute of National Remembrance. The monument will bear the names and surnames of the victims, as well as their faces, because our aim is to restore the memory of the victims of totalitarianism, including German Nazism,” he said. 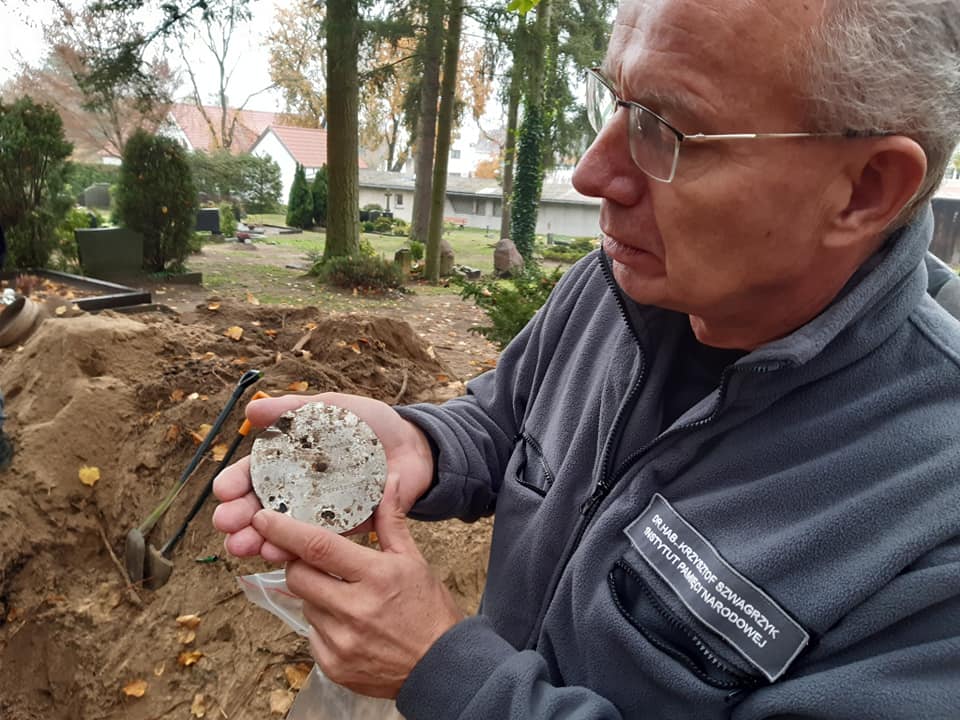 The remains of those discovered will be given a proper funeral.Biuro Poszukiwań i Identyfikacji IPN/Facebook

Over time, Polish women became the largest group of prisoners. Out of around 130,000 women imprisoned at the camp as many as 40,000 were from Poland, of whom only 8,000 survived. 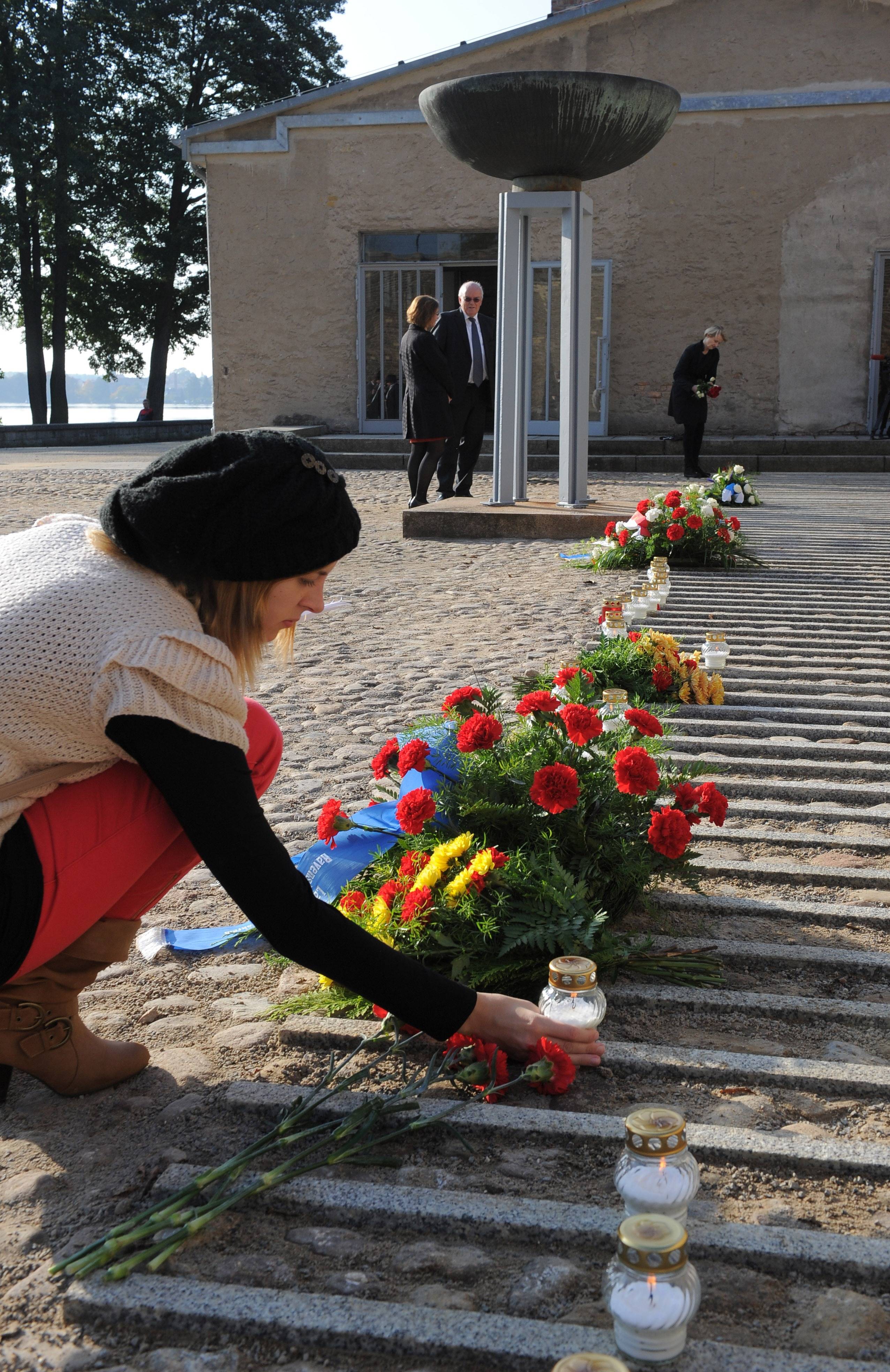 Medical experiments and sterilisation were carried out on prisoners and they were subjected to torture. Meanwhile, the female guards enjoyed a beauty salon where prisoners styled their hair.

Children were also victims of the German-operated camp. They came from all the countries occupied by Germany during the war. A large group was made up of children who were brought with Polish mothers sent to Ravensbrück after the collapse of the Warsaw Uprising of 1944. Most of these children died of starvation.