The skeleton of what archaeologists believe may have been a 17th-century female vampire has been discovered near Bydgoszcz.

The team of researchers from the Nicholas Copernicus University in Toruń found that the body in the village of Pień had a sickle placed over its neck, which they say would have been to prevent her from returning to mortality, and a padlock on the big toe of her left foot.

According to expedition member Magdalena Zagrodzka, the find is a first for Poland. “This is a unique find. There has never been anything like it before,” she said. 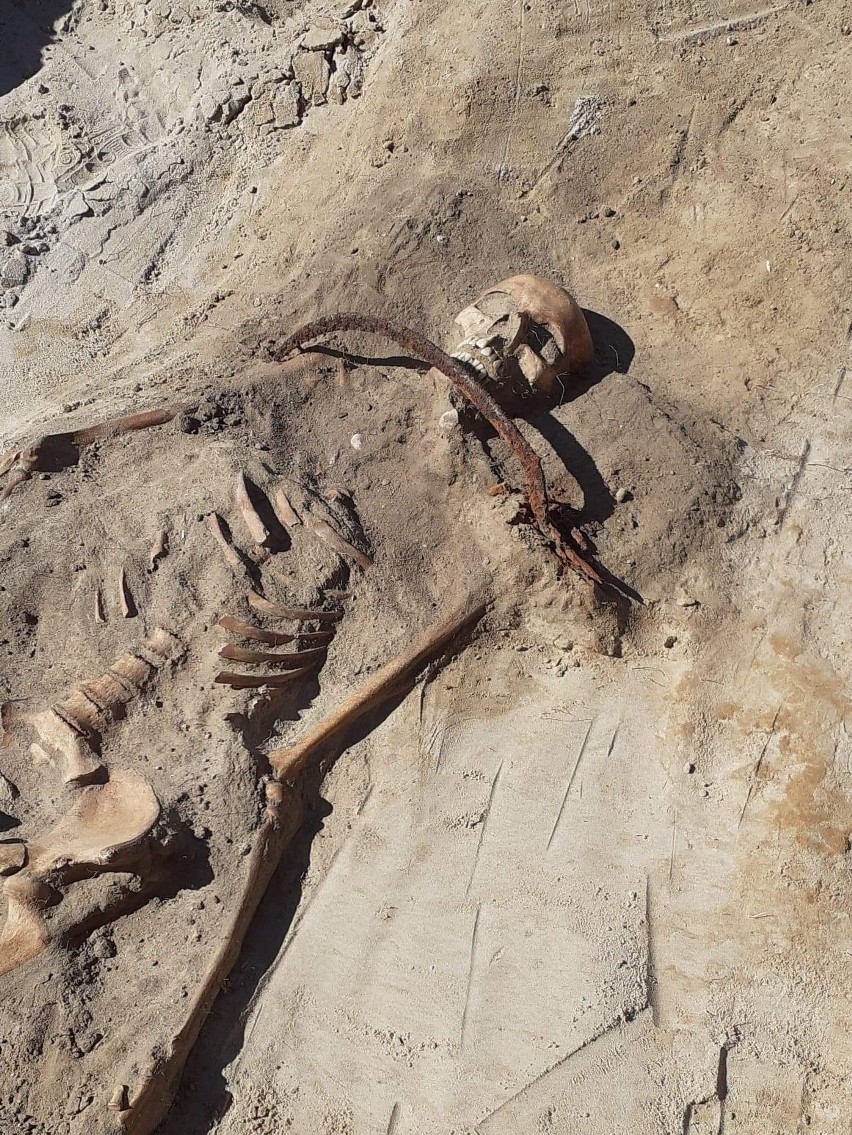 In the past people went to extreme lengths to prevent those suspected of being vampires or witches from returning from the grave.Mirosław Blicharski/Aleksander Poznań

Unfortunates labelled as witches or vampires have since time immemorial been feared even after apparent death. People have gone to extreme lengths to prevent them from returning from the grave.

Professor Dariusz Poliński, who headed the team said that this example of anti-witchcraft practice was unusual.

He said: "Ways to protect against the return of the dead include cutting off the head or legs, placing the deceased face down to bite into the ground, burning them, and smashing them with a stone.” 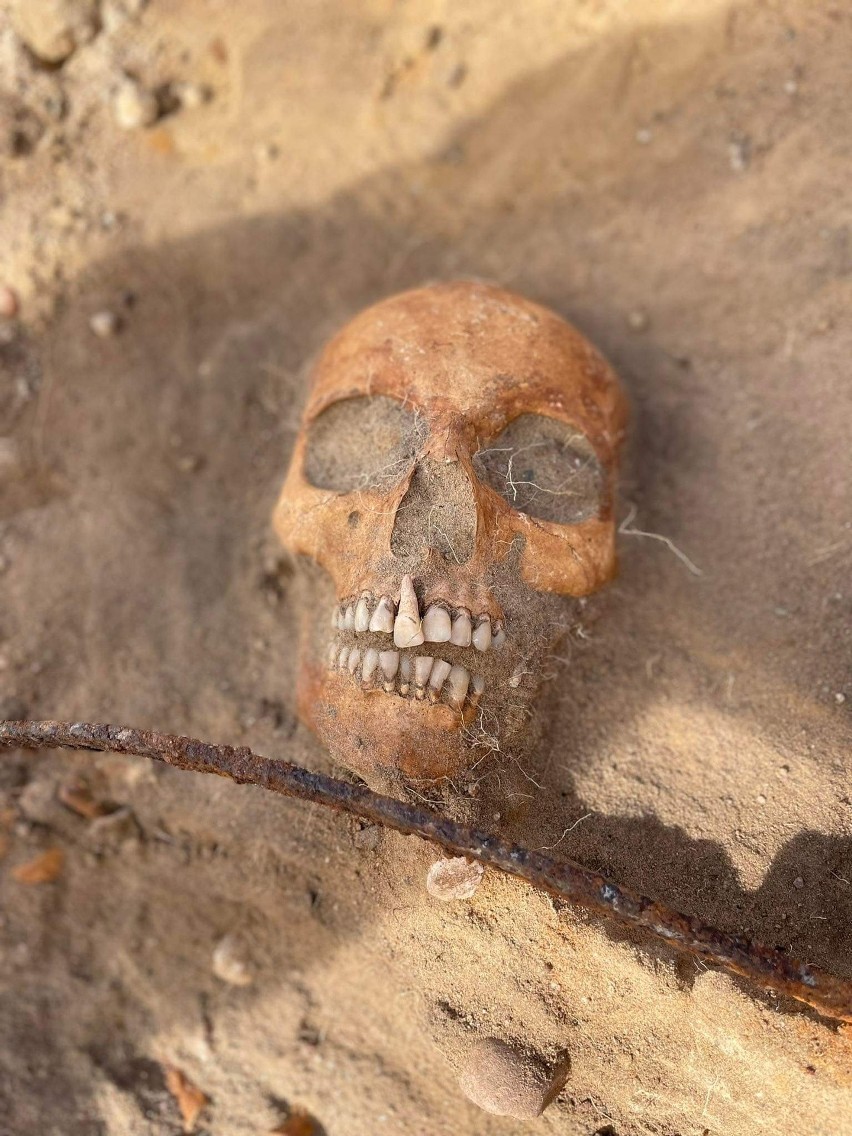 The skeleton also had protruding front tooth, leading to speculation that her non-standard appearance may have led superstitious locals in the 17th century to brand her a witch or vampire.Mirosław Blicharski/Aleksander Poznań

However, in this case, another method, a sickle placed across the neck, previously unknown on Polish soil, was used.

“It was not laid flat but placed on the neck in such a way that if the deceased had tried to get up most likely the head would have been cut off or injured,” explained Professor Poliński.

There was another object in the grave, a closed padlock on the big toe of the left foot. 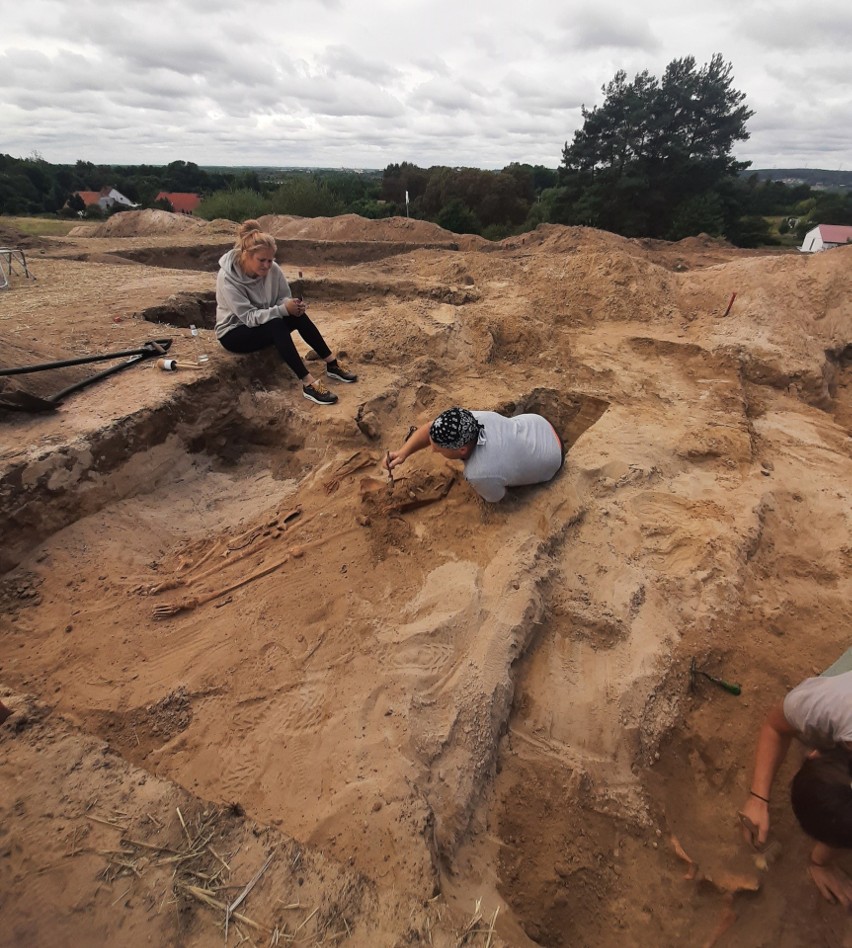 Archaeologists said the way that the woman was buried was also unusual as she was buried with great care, which they pointed out is surprising for classical anti-vampiric practices.Beata Zielińska-Gołembiewska

According to Professor Poliński, “This symbolizes the closing of a stage and the impossibility of returning.”

Archaeologists said the way that the woman was buried was also unusual as she was buried with great care, which they pointed out is surprising for classical anti-vampiric practices.

On her head was a cap made of silk, very expensive in the 17th century, which the archaeologists say indicates high social status. 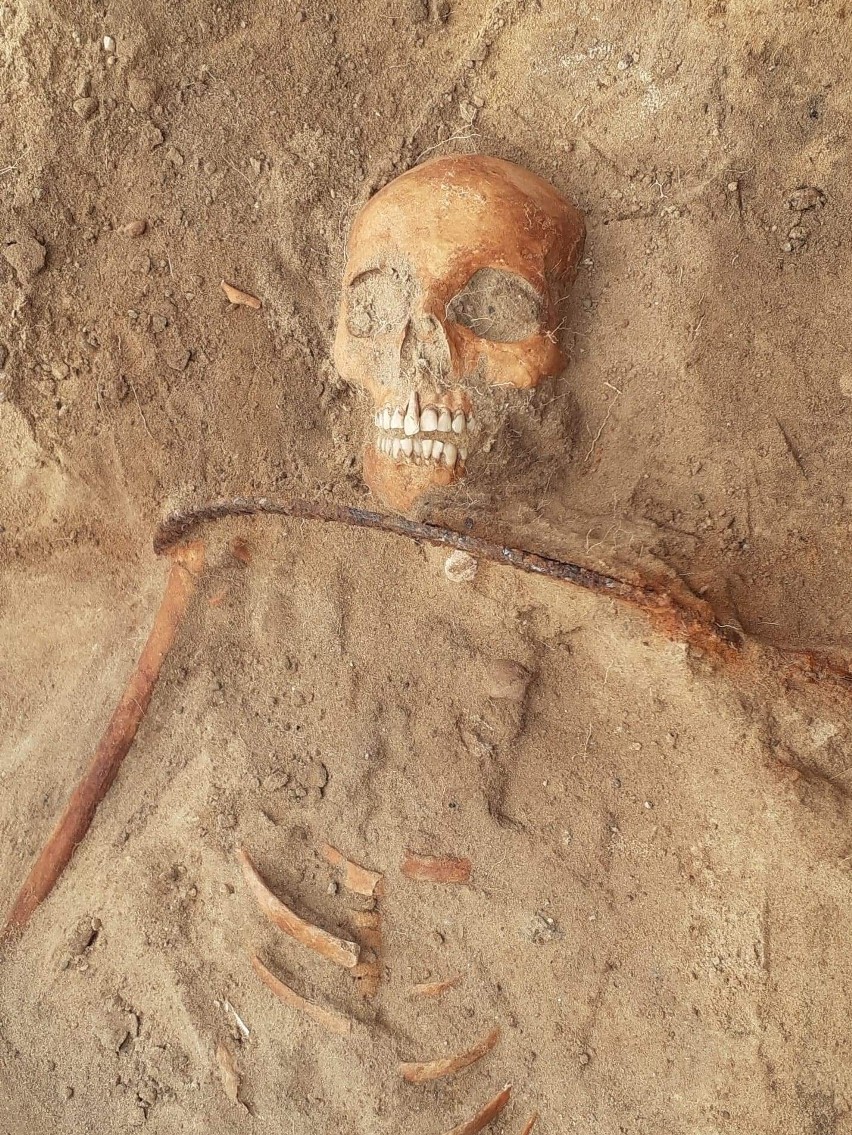 A further feature that commands attention is the woman’s protruding front tooth. This has led to speculation that her non-standard appearance may have led superstitious locals in the 17th century to brand her a witch or vampire.

Archaeologists first explored the site near Bydgoszcz in 2005-2009, when they discovered early medieval graves with high-value grave goods including silver jewellery, semi-precious stones from a necklace, a bronze bowl and fragments of silk clothing.

They returned this year hoping to find more. When they failed to do so, they turned their attention to a nearby 17th-century cemetery, which had been damaged by agriculture.

The archaeologists inspected the most endangered section. It was during this work that they came across the sensational grave, which they immediately recognised as an anti-vampiric burial. 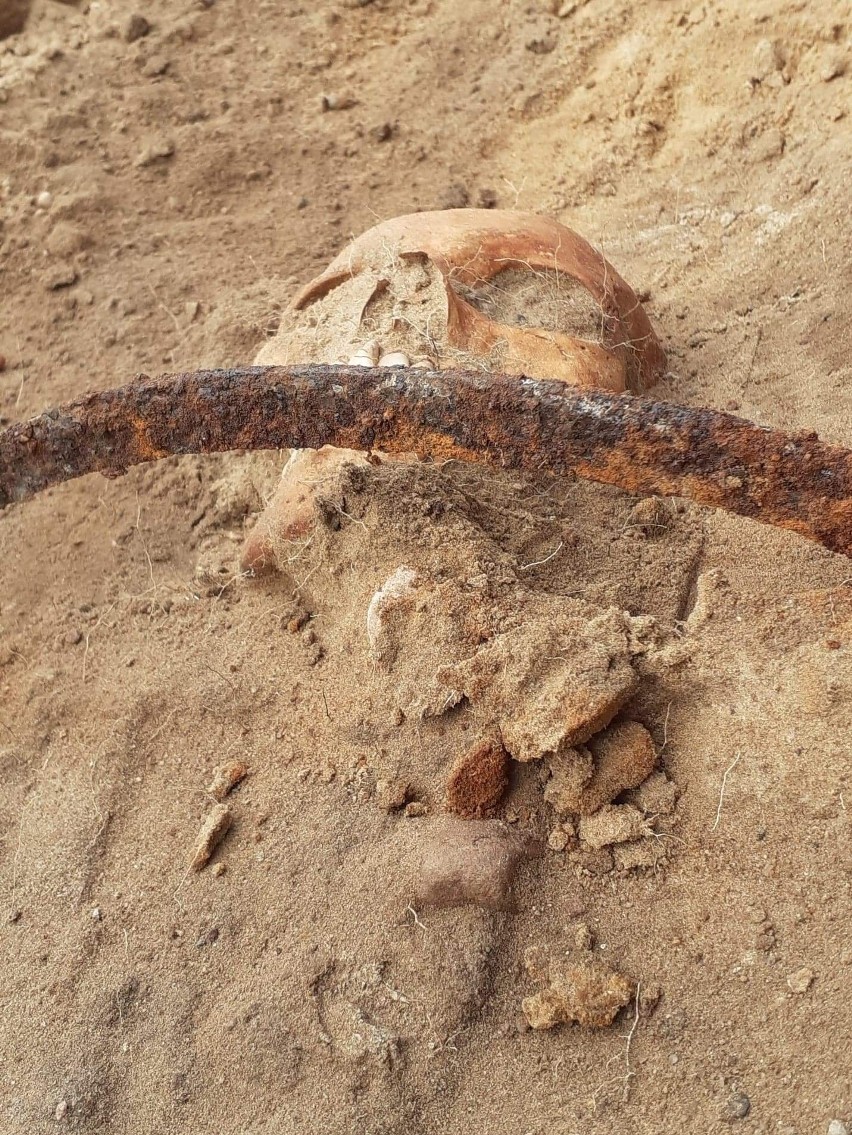 This is the first case in Poland of anti-vampire burial using a sickle across the neck.Mirosław Blicharski/Aleksander Poznań

Though this is the first case in Poland of anti-vampire burial using a sickle across the neck, many other suspected vampires have been discovered.

A whole series of skeletons with severed heads were found under Rynek Główny in Kraków in 2008.

In 2014 in Kamień Pomorskie, a body was discovered with a piece of a brick forcefully put into his mouth so that all his upper teeth were knocked out. His leg was also drilled so that he would not rise from his grave.

The unearthed remains from Pień have been taken to Toruń, where they will undergo a detailed examination.