Previously known for their timid approach to spicing, the food revolution of the last decade has seen a growing number of Poles depart from their vanilla standards and swap caution for adventure – and in this instance, there’s perhaps few better examples than Diana and Marcel Galiński.

Merging artisan methodology with maverick ideas, the couple have become leading figures on the nation’s nascent hot sauce circuit with their Lubelskie Słoiki brand, and in the process helped introduce a new wave of heat-seeking Poles to the life-affirming joys of rocket-fired condiments. 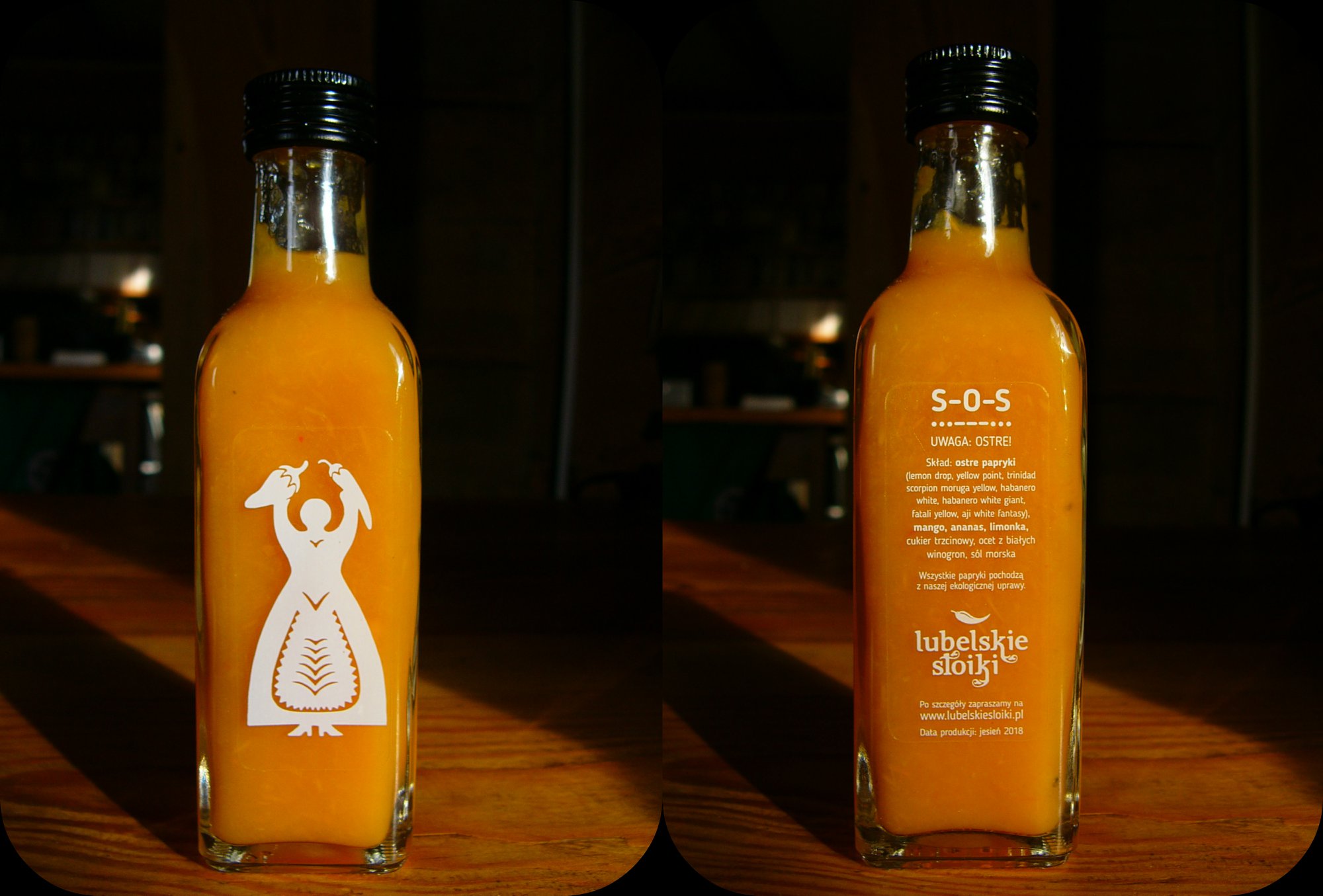 Naming their brand słoik (in English: jar) in playful dual reference to the Varsovian slang term for outsiders, success has come quickly with the couple earning a cult reputation for their products.Lubelskie Słoiki/Facebook

“It’s true that there’s little room for spice in traditional Polish cuisine,” the couple tell TFN, “but that’s slowly changing. These current times aside, people are travelling more and more, and often to places quite far away. It’s in these destinations that they’re discovering true spices and they soon come to miss them the moment they return.”

Less conventional, Marcel on the other hand found himself exposed to spices from early childhood.

“I’m from a vegetarian family, so from the beginning there were lots of spices used in our food,” he says. “When later I finally moved to the countryside, it was a natural urge to grow my own chilies.” 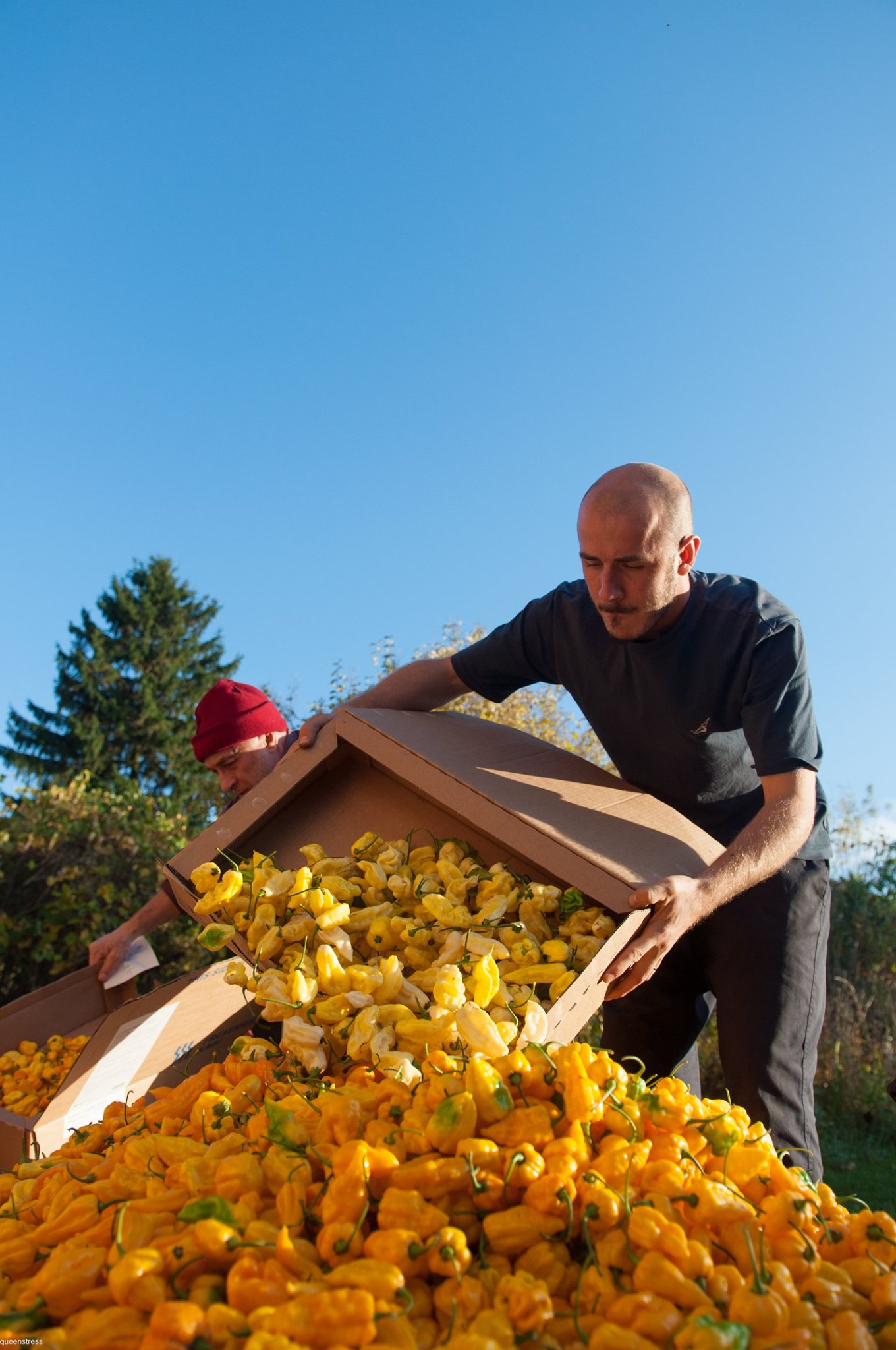 Nevertheless, it was the couple’s jaunts abroad that opened their eyes that little bit further.

“India represented something of a breakthrough,” he says. “That’s when I really began to understand just how expressive and specific a dish could taste. Then, later, in Jamaica, I bought a Scotch Bonnet and pineapple sauce and found myself finishing it not long after.”

From there, the couple’s spice journey began in earnest and it wasn’t long before they were experimenting with making their own sauces back home in Poland. 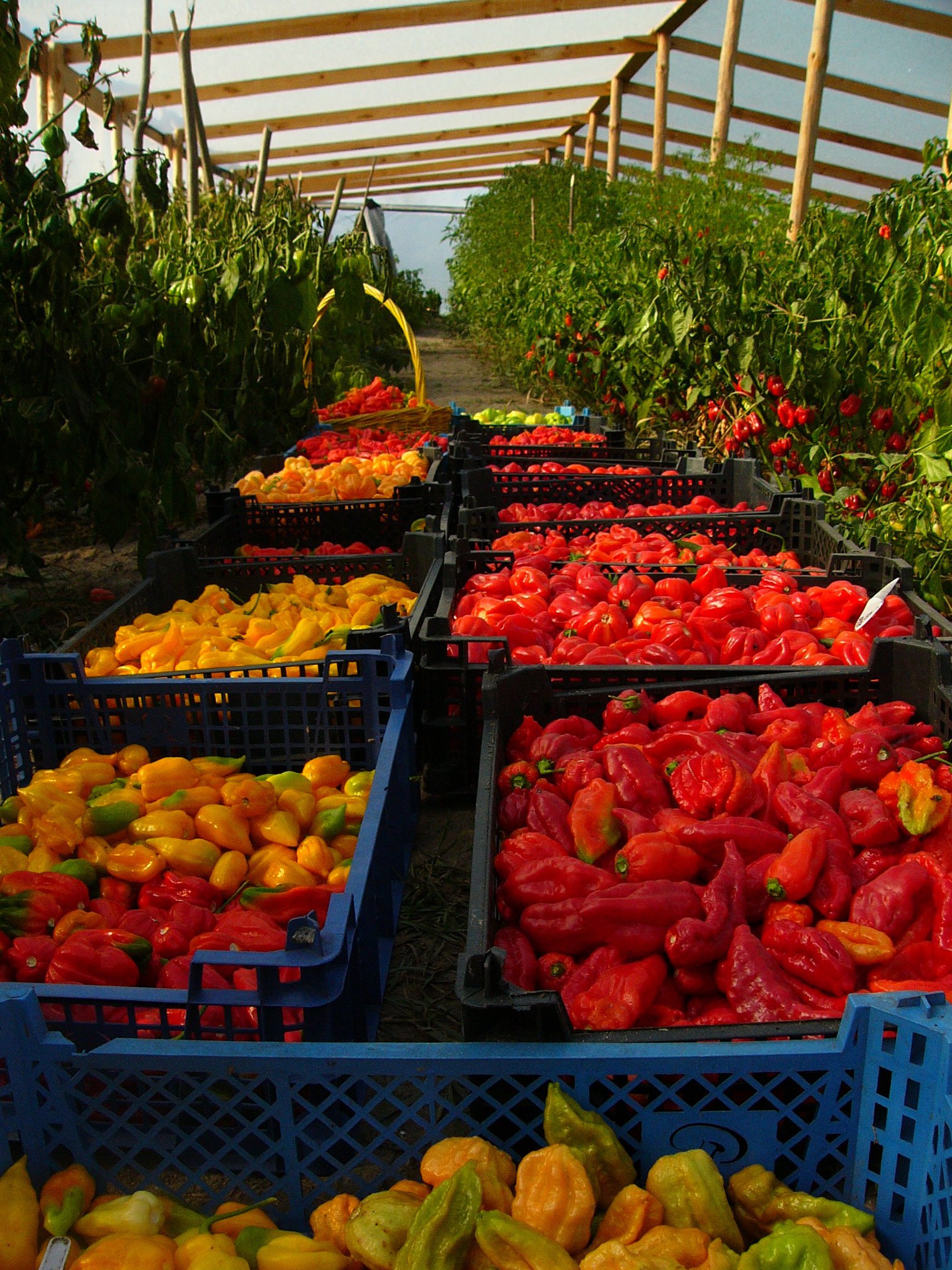 One of the hardships of the job is tasting, which the couple says can be like an extreme sport.Lubelskie Słoiki/Facebook

“When we produced the first batch of sauces from the peppers we had farmed our friends couldn’t get enough,” they say. “Everyone wanted a bottle for themselves, so that was probably the first time it crossed our minds that we could explore this path a little more.”

Although this was a lightbulb moment of sorts, by their own admission it was a laborious process that took several years of trial and error – first using less intense chili varietals, before later escalating to more volcanic tastes, the couple’s culinary endeavours eventually led them to launch Lubelskie Słoiki.

Naming their brand słoik (in English: jar) in playful dual reference to the Varsovian slang term for outsiders, success has come quickly with the couple earning a cult reputation for their products. Nationally awarded for their quality, perhaps the bigger surprise is that their achievements have been attained while juggling other careers. 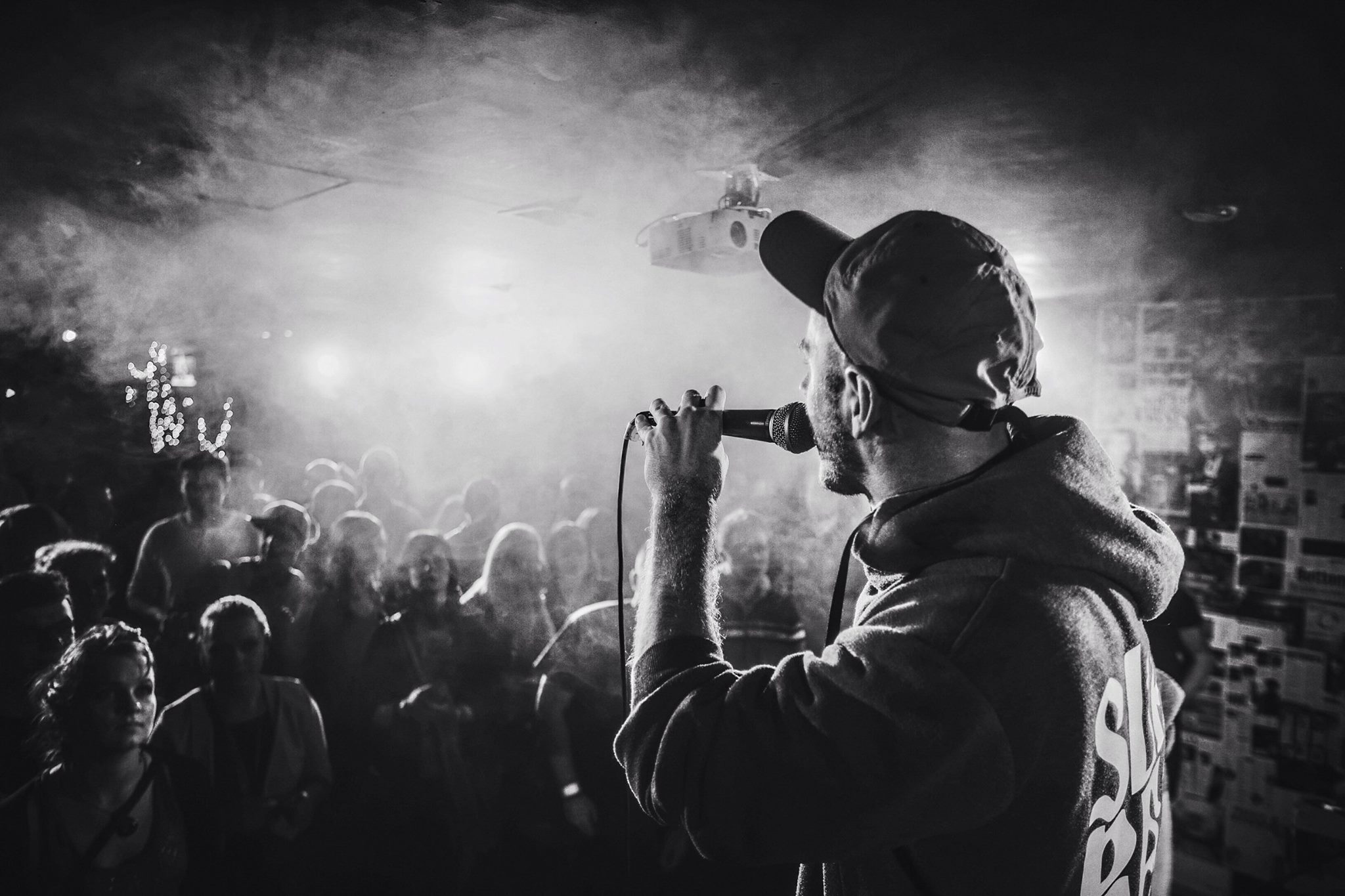 When not on his farm making spices, Marcel (a.k.a. Junior Stress) is a familiar face on Poland’s reggae and dancehall scene, having collaborated with some of Poland’s biggest acts – among them Hemp Gru, Sidney Polak and Grubson.Lubelskie Słoiki/Facebook

Collaborating with some of Poland’s biggest acts – among them Hemp Gru, Sidney Polak and Grubson – Marcel (a.ka. Junior Stress) is a familiar face on the country’s reggae and dancehall scene.

“In many ways, growing vegetables became my way of de-stressing and regenerating – both mentally and physically – after long tours,” he says. “Moreover, it kept me grounded both in a figurative and literal way!”

Nowadays spending the majority of his time on the couple’s farm outside Lublin, he talks enthusiastically about the unexpected twist in his life’s trajectory. 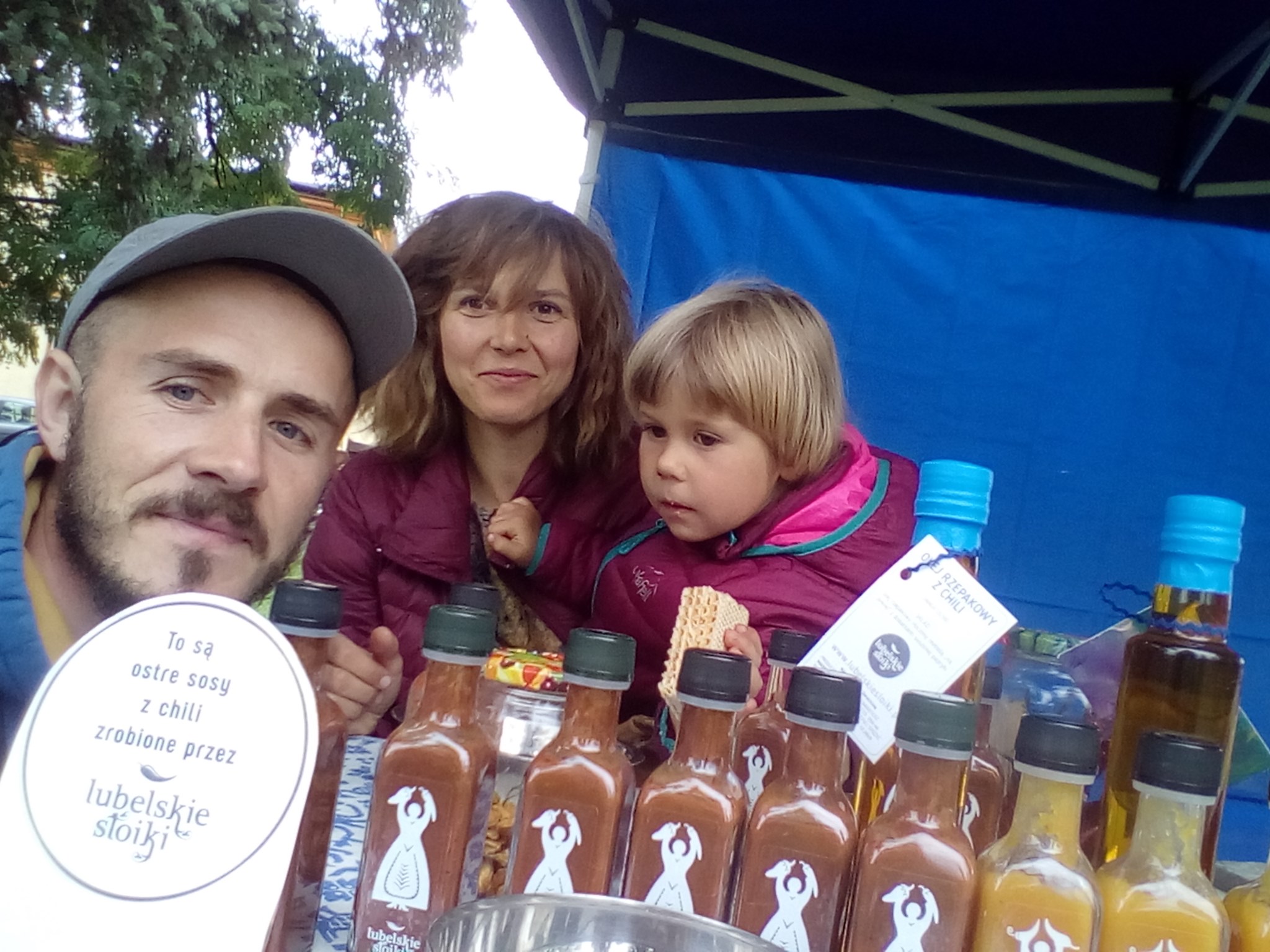 “The garden that we bring to life every year makes us an active part of nature’s cycle, so each season becomes its own individual adventure,” he explains. “Being part of this circle of life is definitely what I love most about this ‘job’. I’ve found I’m spending more time with my peppers than at concerts, but I prefer it that way – I think this was all part of my ultimate destiny!”

Across Poland, hotheads have been quick to praise the accomplishments of Lubelskie Słoiki, a brand whose best-sellers include such sauces as Adremalina, a lively raspberry and apple tinted sauce, and Ostry Chill, an addictively zingy combination of mango, passion fruit and aggressive strains of chili.

“We grow all of the chilies ourselves,” he says, “and I think that’s what really distinguishes us from other Polish hot sauce producers. Every year we grow about 60 different varieties and I think that gives us a really original selection of tastes – and of course, we try not to compromise on the heat factor. 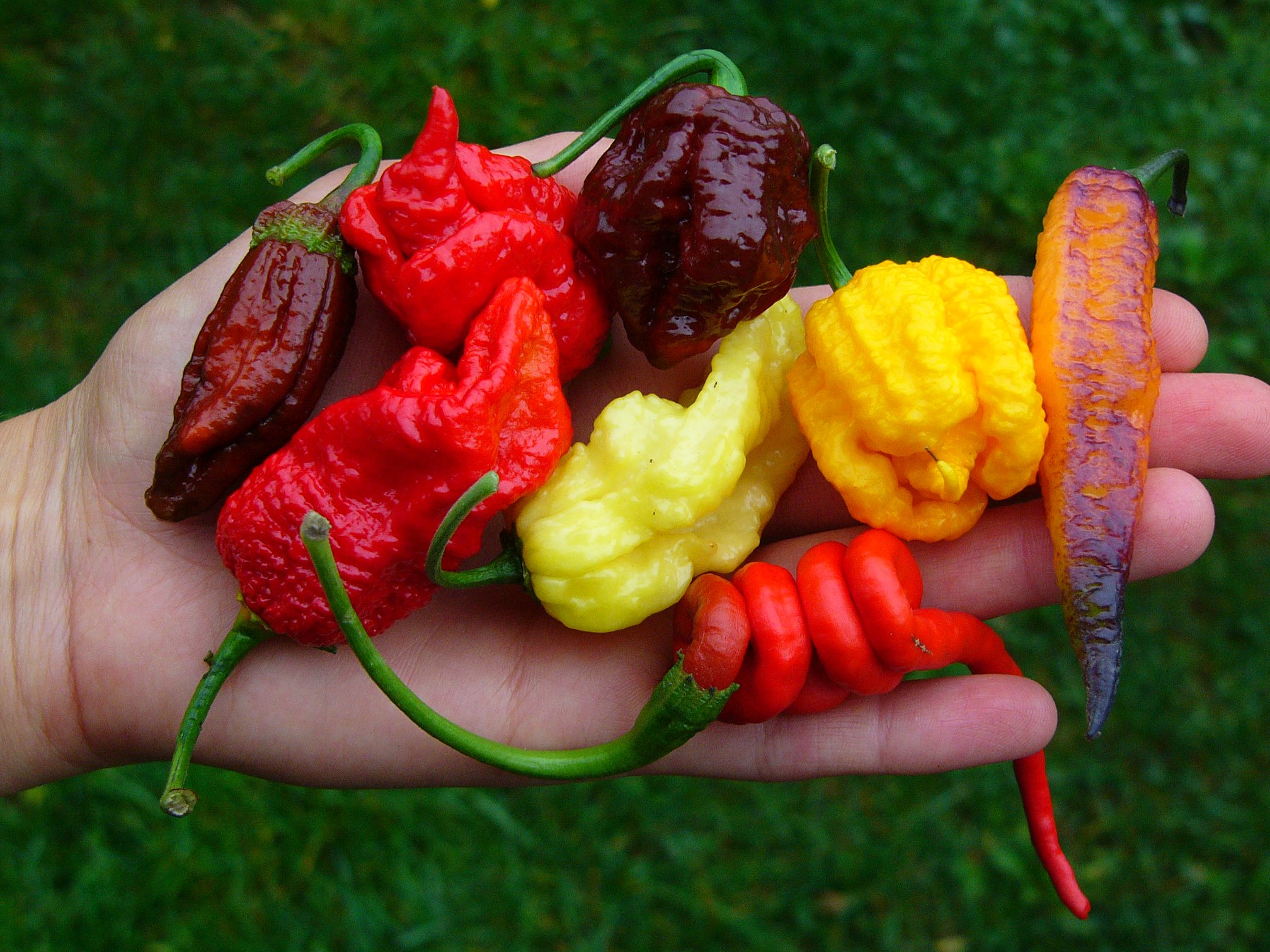 “Each year brings different surprises when it comes to new varieties of chili,” he continues. “For example, we’ve recently had the phenomenal Fantomas Multicolour pepper or the extremely sweet and spicy Bahamian Goat Pepper. Then there’s always the classics to play with, things like Caribbean Scotch Bonnet or the monstrously hot Moruga Chocolate.”

As slow-paced as farm life may sound, the nature of the Galiński’s vocation is not without its perils.

“When it comes to taste testing, there’s some chili varieties that make this seem like an extreme sport,” say the couple. “And then you’ve got the problem of cooking a large amount of chili in an enclosed space – once we forgot to turn the fan on and the results were like being in a football mob being teargassed by the police!” 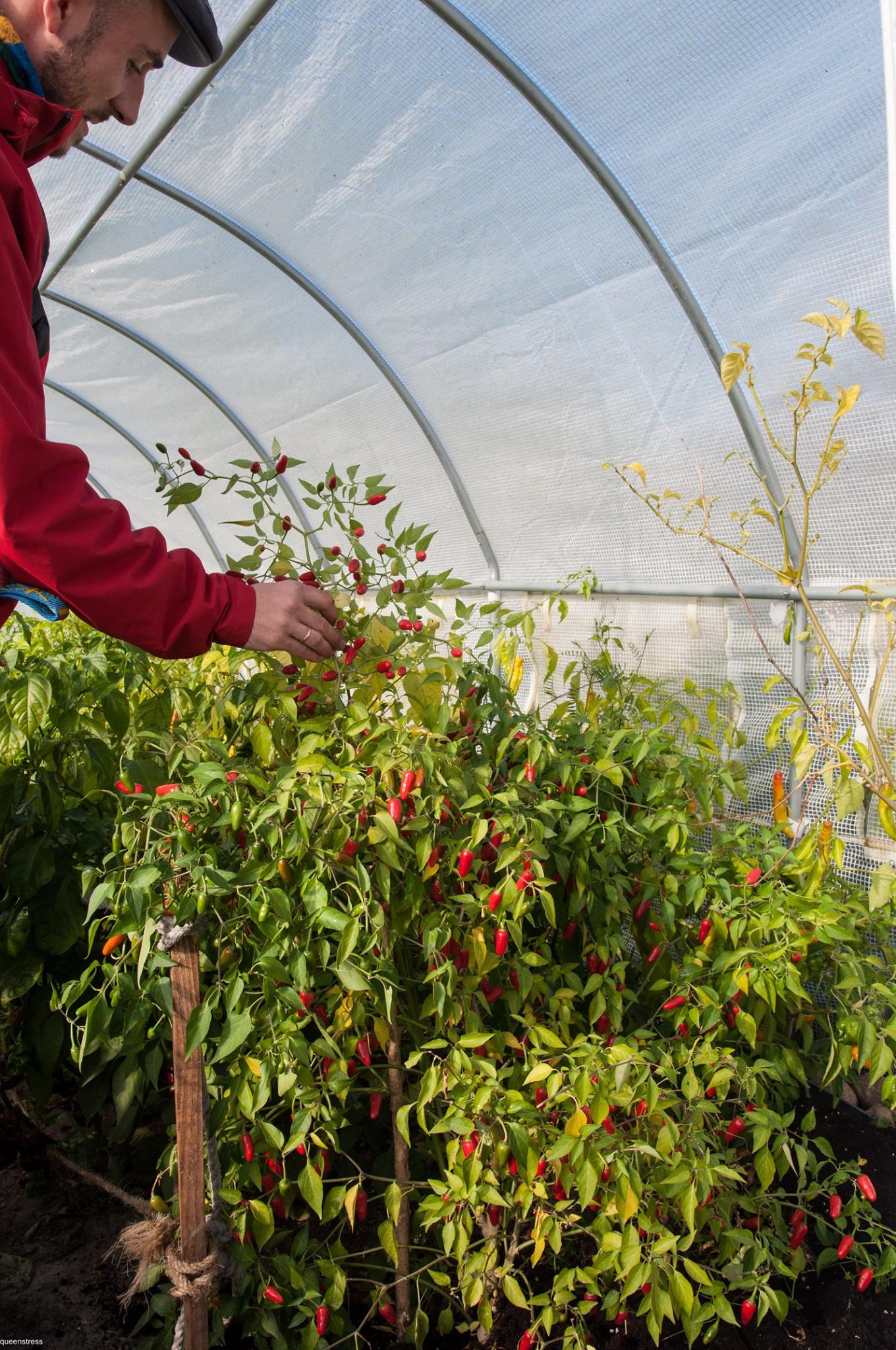 The couple say that in addition to being a taste booster, chilli peppers can also be strong psychoactives and an incredibly stimulating agent with the power to release the highest levels of endorphins through the action of the capsaicin.Lubelskie Słoiki/Facebook

Describing Poland’s spice scene as “dynamically developing”, the sub-culture has continued to expand, say the couple, despite Covid curtailing the Chillihead Rallies that have become such a vital part in aiding the growth of this sector.

“Sometimes chili peppers can be viewed as just an extra boost to a dish,” they say, “but there’s also much more to them. They can be strong psychoactives and an incredibly stimulating agent with the power to release the highest levels of endorphins through the action of the capsaicin.

“Despite the current situation, the lockdowns have actually enabled us to spend even more time tending our chili peppers; there’s also the fact that many people are viewing capsaicin as almost being ‘medicinal’ because of its warming and detoxifying properties. If anything, we’ve seen interest in spicy food grow even further. For sure, we’re not in a position to complain.”

Pfizer to slow supplies of Covid vaccines to Poland - official