A Polish adventurer has become the first man in the world to cross the Gobi desert on foot.

With limited access to food and water, the 31-year-old relied upon natural wells and a small supply of food.

The Gobi Desert is one of the least populated places on the planet consisting of colossal sand dunes and ice-filled canyons. Temperatures reach a blistering +50 degrees in daytime before plunging to an igloo-like -30 at night.

Dominik Szczepański, who helped Mateusz prepare for the trip and kept GPS contact with him during the expedition told TFN: “He is exhausted right now and happy to be returning home soon. 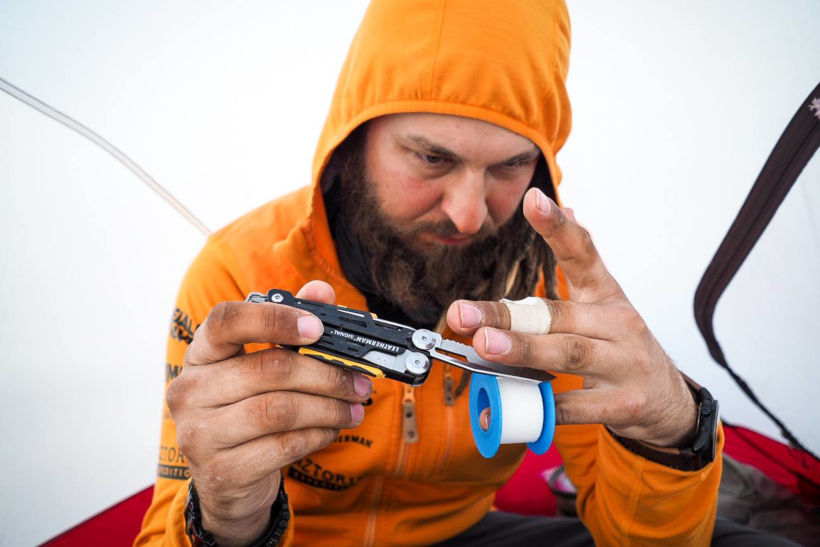 During his epic journey, Mateusz used maps to navigate his way to water wells and suffered many injuries during the 58-day-ordeal.Mateusz Waligóra

“He has some wounds, bone and tendons pains since he was walking 30 km on average every day in extreme conditions.”

Mateusz started his trek from Bulgan (Khovd Province), located in western Mongolia, near the border with China on July 29th.

To reach the desert part of the Gobi, he had to go through the mountains of the Altai and with no support from the outside, dragged a 200kg trolley behind him containing all his equipment, including over 100 litres of water and food reserves. 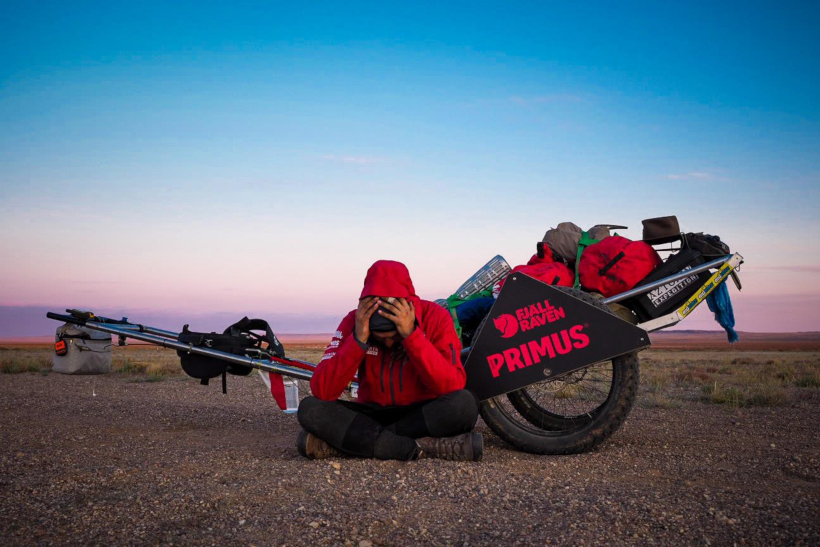 During the second part of his expedition the inner tubes on his cart broke and seven wheel spokes broke.Mateusz Waligóra

Szczepański told TFN: “The cart’s spokes broke once and Mateusz thought that his expedition was over.

“But he fixed it and was able to carry on.”

To locate water wells, Mateusz used several maps on which he had already marked likely oasis spots for navigation.

A few times he got lost on one of the thousands of desert paths left by desert inhabitants and found himself going in completely the wrong direction.

The dad-of two was well aware of the dangers however and before setting off told TFN at Warsaw airport: “Of course I feel stress and fear. But I want to think only about every next step, otherwise I can’t imagine succeeding.” 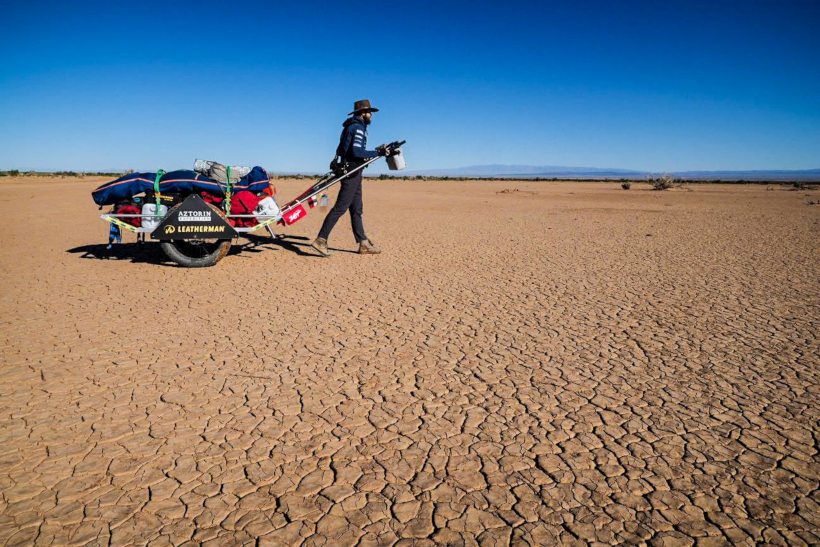 This year was the driest year on record in the Gobi with temperatures soaring to +40.Mateusz Waligóra

Previously, Waligora walked 1,850km along the remotest road on Earth, the Canning Stock Route in Australia, which took him through both the Gibson Desert and Great Sandy Desert.

He also crossed the largest salt deserts in Bolivia Salar de Uyuni, and cycled 16,000km from the Brazilian-Argentinian border to the coast of the Caribbean Sea in Colombia.

TFN’s interview with Waligóra before his departure can be found here: https://www.thefirstnews.com/article/adventurer-makes-epic-80-day-trek-across-gobi-desert-1695