A woman dubbed Poland’s Dr Dolittle for her impressive skills with wild animals has spent lockdown being a surrogate mum to orphaned anteaters.

Małgorzata Zdziechowska left her home in September to volunteer at the Criadouro Onca Pintada sanctuary for abandoned animals in the city of Curitiba where she was tasked with looking after baby anteaters Maria and Joao. 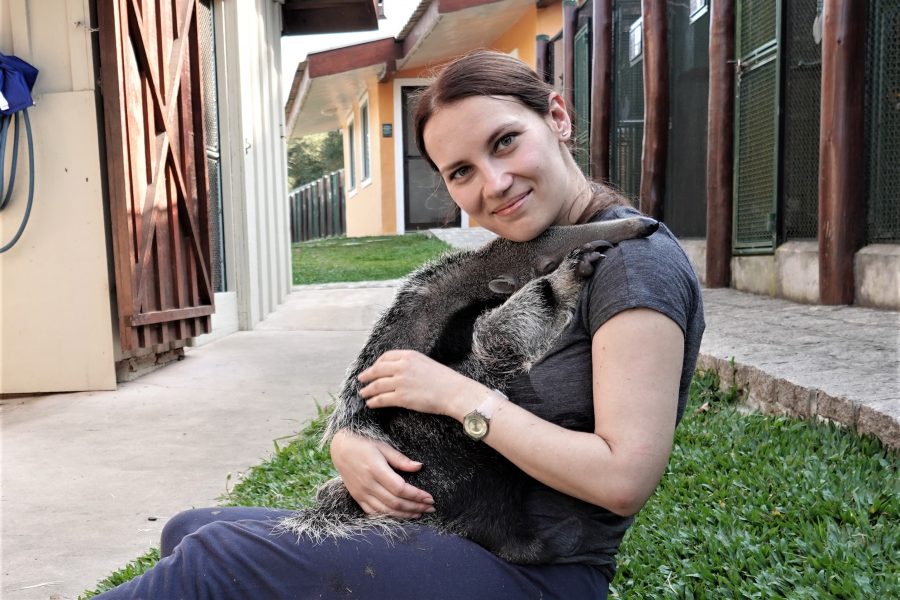 Within just days Małgorzata and the baby anteaters had bonded.Małgorzata Zdziechowska

The two unrelated anteaters had been brought to the sanctuary within days of each other after one was found near the body of his dead mother and the other near a fire in Sao Paulo.

Within just days the three had bonded, with Małgorzata being an instrumental part of their care, feeding, cleaning, weighing them and keeping them company. 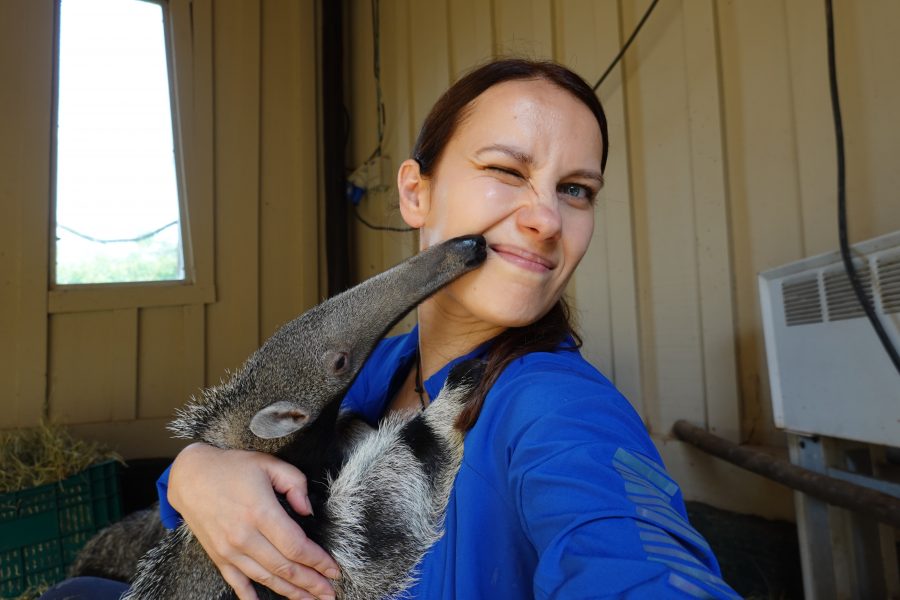 The 39-year-old said: “Maria never wanted to leave me. If I wanted to go out, I had to put her on Joao and she cuddled up to him to go to sleep.

“I fed them three times a day and made them healthy cocktails, gave them vitamins and even brought them ants, which are their main food in the wild. An adult ant-eater can eat 30, 000 ants a day.

“It was quite an unusual situation, I think they had a lot of luck that when they arrived could grow up together.

“When I arrived they were around 5 months old and weighed a bit over 5kg, when I left after a few weeks, they had grown to nearly 7kg.” 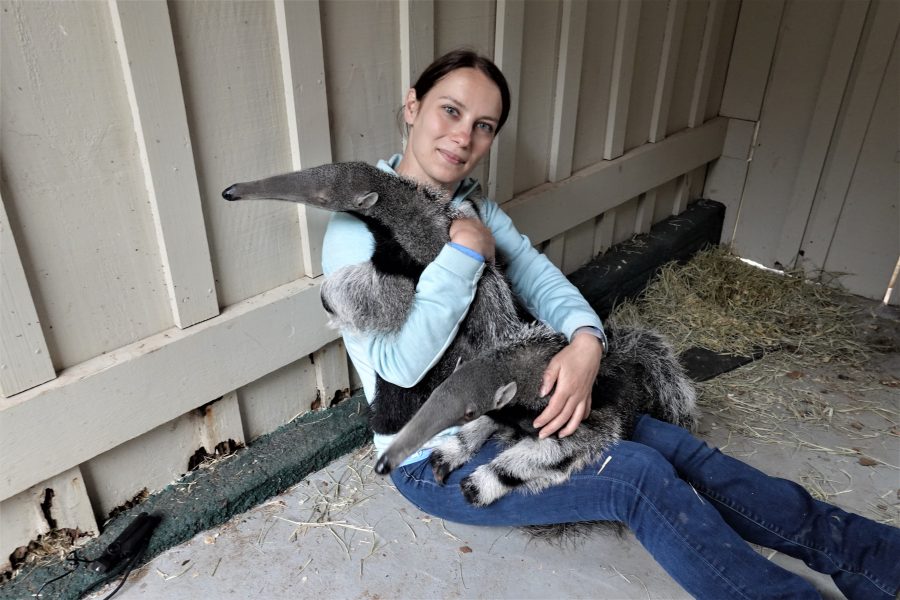 The anteaters had been brought to the sanctuary within days of each other after one was found near the body of his dead mother and the other near a fire in Sao Paulo.Małgorzata Zdziechowska

Such was the attachment between Małgorzata and her two adopted baby anteaters, that staff at the Brazilian sanctuary dubbed her the ‘anteater mum’, but it was on her first volunteering trip when she first heard from others that she had a unique connection with animals, leading to the fitting nickname of the ‘Polish Dr Doolittle’.

She said: “They said to me ‘you have a gift’. I didn’t think of it as a gift - for me it was completely natural and I thought everyone had the same. On my next volunteering trips, I learnt a lot about wild animals.” 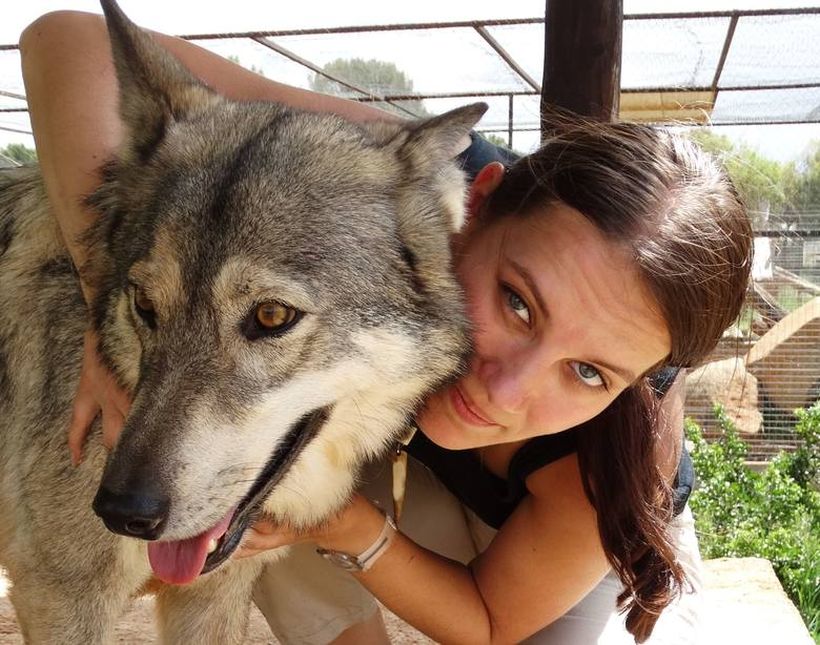 The Polish Dr Dolittle has visited 53 countries on four continents and volunteered with 100 animals at 15 different sanctuaries.Małgorzata Zdziechowska

The young conservationist’s passion for animals started at her family home where they kept many pets and helped animals they found such as saving a frog from a laboratory or an orphaned hedgehog.

Zdziechowska is a frequent volunteer at animal sanctuaries. She has visited 53 countries on four continents and volunteered with 100 animals at 15 different sanctuaries.

Despite the difficulties of travel during the pandemic and initially not knowing whether she would be able to go at all, she was determined to go to support the Brazilian sanctuary, which, like many others, has been facing a difficult time during the global pandemic and suffered from financial problems and a lack of volunteers.

Zdiechowska said: “People are surprised when I say I paid for my stay at the sanctuary. Everyone thinks that volunteering means something ‘free’. 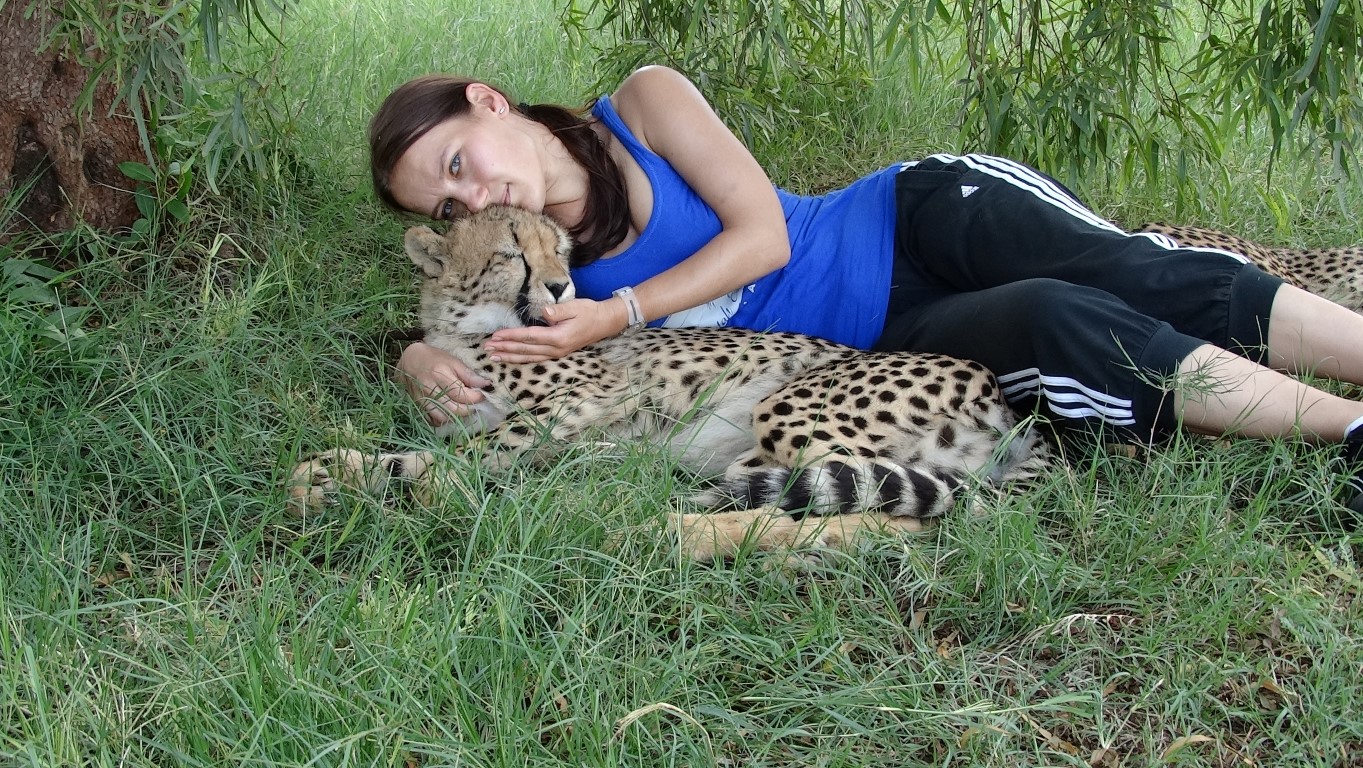 The 39-year-old from Lublin was dubbed Poland’s Dr Dolittle because of incredible relationships with wild animals.Małgorzata Zdziechowska

“I explain to them that these are non-profit organisations, many don’t allow tourists, so how are they meant to survive? They need money for veterinary costs, food, upkeep and medical care.

“The pandemic has really made the functioning of wild animal orphanages more difficult, it saddens me how many sanctuaries are suffering from financial problems.” 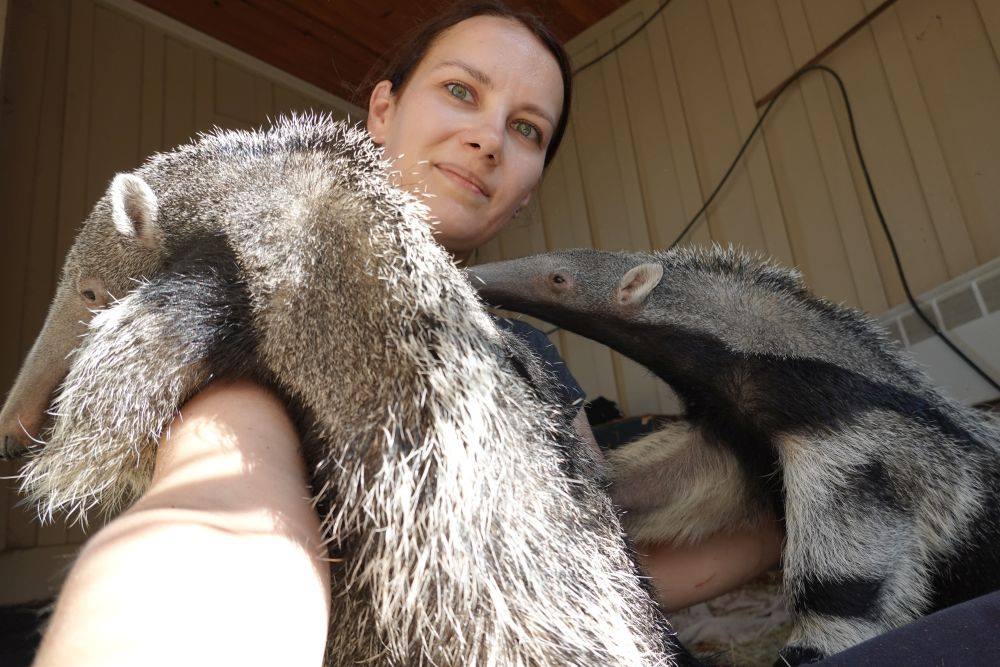 Małgorzata says she has seen an increase in animals ending up in animal orphanages, largely due to the destructive tendencies of humans.Małgorzata Zdziechowska

Over the years she has been travelling, Zdziechowska says she has seen an increase in animals ending up in animal orphanages, largely due to the destructive tendencies of humans.

When she is not volunteering, her passion for animals translates to writing books for children promoting wildlife conservation, giving workshops and talks for children and adults highlighting the problems faced by animals and encouraging people to help.