Rare jewellery dating back 3,000 years has been found in a forest by an off-duty soldier taking an afternoon stroll.

The two delicate bracelets and an ornate golden wire were stumbled upon near the village of Kuźnica Głogowska, western Poland, when history enthusiast Robert Baron stopped to talk to his girlfriend. 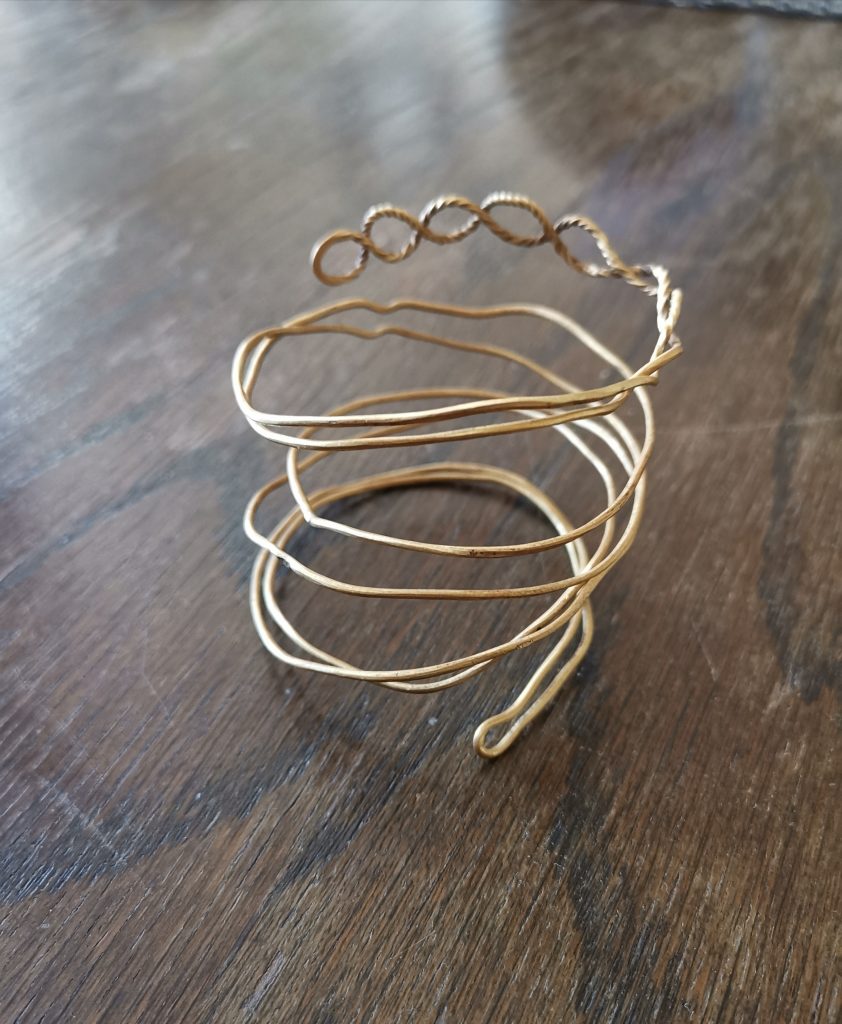 The 3,000-year-old bracelets are thought to be extremely rare. Robert Baron

The 25-year-old told the zwiadowcahistorii.pl website: “I came to a clearing when my girlfriend called me on the phone.

“As we talked, I crouched and about a meter away saw something shiny sticking out of the ground.

“Without thinking, I pulled it out and thought it was just a copper wire.

“But then I saw the others and recognised there was probably something more to them. 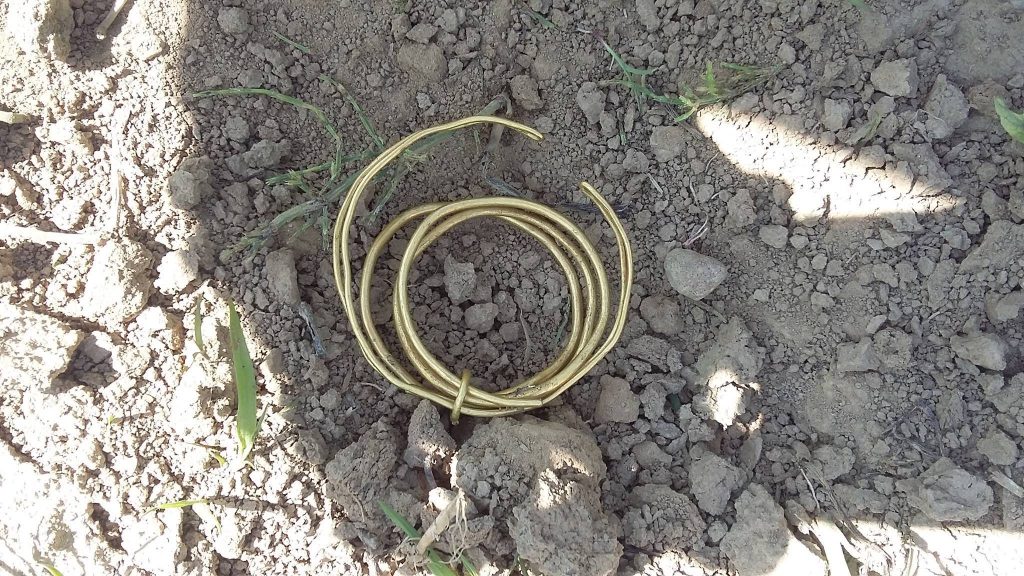 Off-duty soldier Robert Baron spotted the jewellery sticking out of the ground in the forest near his home in Kuźnica Głogowska.Robert Baron

Taking the pieces to a local archaeologist, Baron was stunned to discover the bits of old wire were actually rare items of jewellery from the late Bronze to early Iron Age.

Marcin Kosowicz from the Provincial Office for the Protection of Monuments in the nearby town of Zielona Góra said: "The bracelets are made of a double golden wire with an oval or circular cross-section. 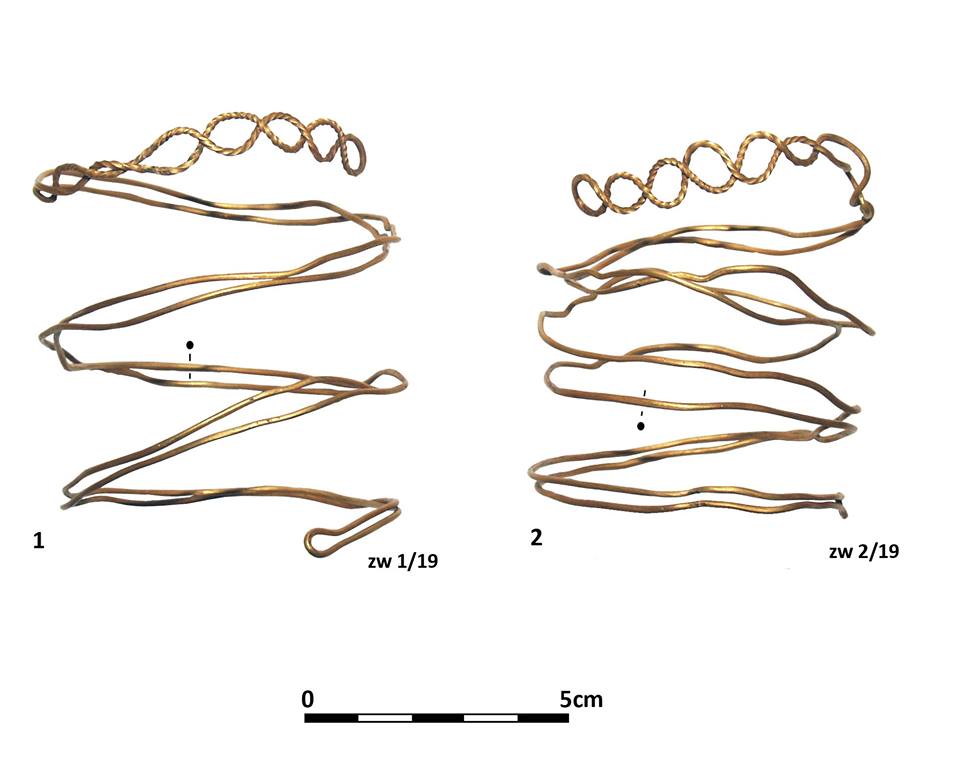 Marcin Kosowicz from the Provincial Office for the Protection of Monuments said: “The diameter is about 0.1 cm. The wire is twisted and seven loops have been created which can not be associated with any archaeological site known so far.”Robert Baron

“The diameter is about 0.1 cm. The wire is twisted and seven loops have been created which can not be associated with any archaeological site known so far.

The find is thought to have belonged to the Lusatian culture, a people which existed from 1300 BC – 500 BC in most of today's Poland and parts of the Czech Republic, Slovakia, eastern Germany, and western Ukraine.

As well as having high material value, the treasure has greater artistic value and helps shed light on prehistoric jewellery and goldsmiths at that time. 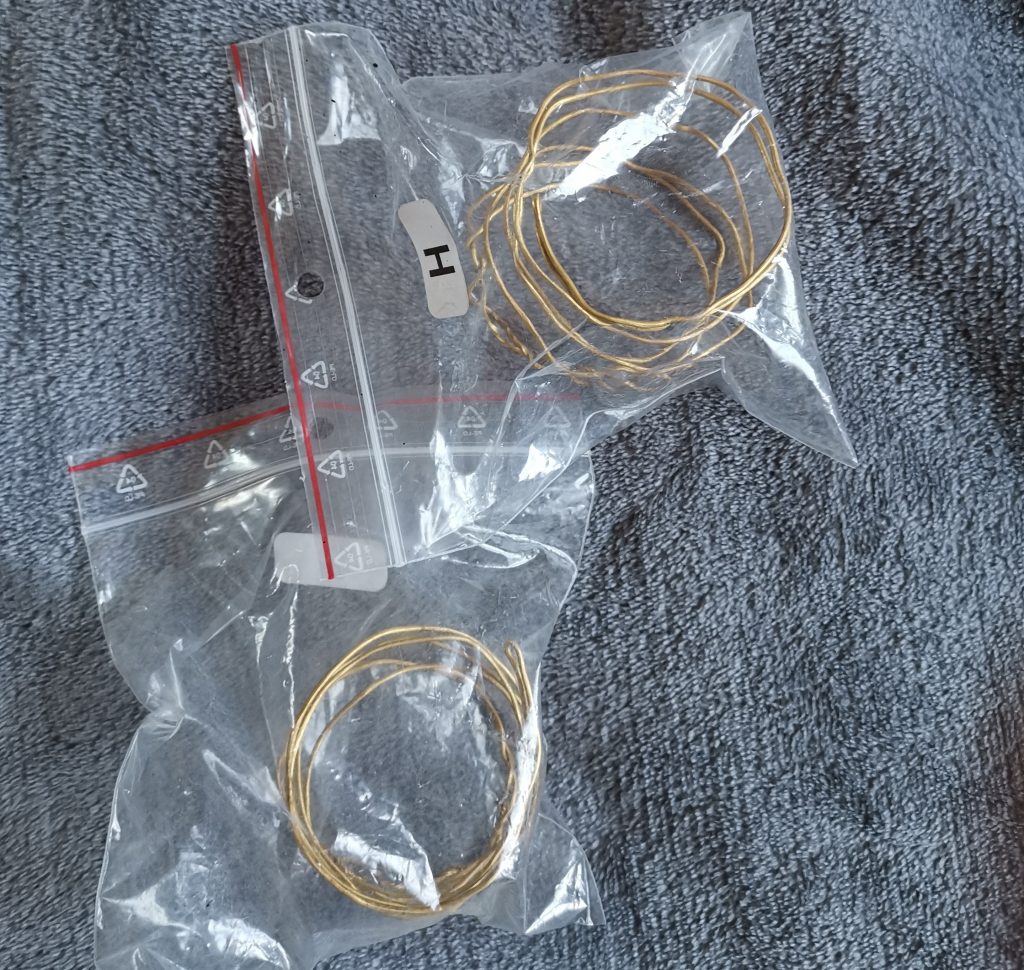 They will now be displayed in a local museum. Robert Baron

Almost identical designs have been found in collections related to the Lusatian culture from the Bronze Age and the Hallstatt period, but none have the ending in the form of seven loops.

The discovery was made in April but was kept secret until archaeologists could examine the are for further clues.

Kosowicz said: ”Unfortunately, these studies have not produced any results, and the secret of depositing or losing artefacts is still a mystery.” 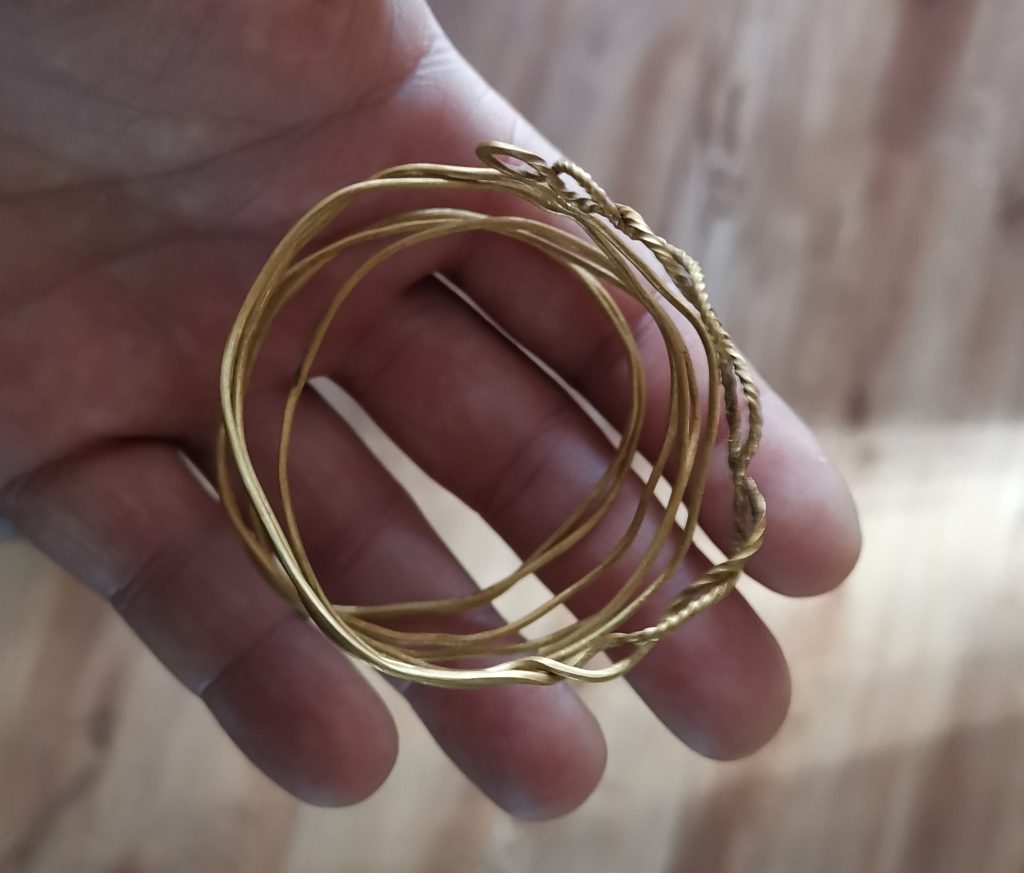 The two ‘treasure of Kuźnica Głogowska’ were discovered when history enthusiast Robert stopped to talk to his girlfriend on the phone. Robert Baron

Finder Robert Baron said: “When the archaeologist explained to me what exactly I had found and I was shocked.

“Finding something like this by accident is a real pleasure, especially such an old find.”

The treasure of Kuźnica Głogowska will now be placed in a local museum.