A rare, fully intact sword from the 10th century has been found at the bottom of a lake.

The sword which is decorated with a cross and has the remains of its leather scabbard, was discovered along with artefacts dating back to the times of the first Piast by archaeologists exploring Lednica Lake, between Poznań and Gniezno.

An island on the lake is also thought to be the site of Duke Mieszko I’s baptism and the adoption of Christianity. 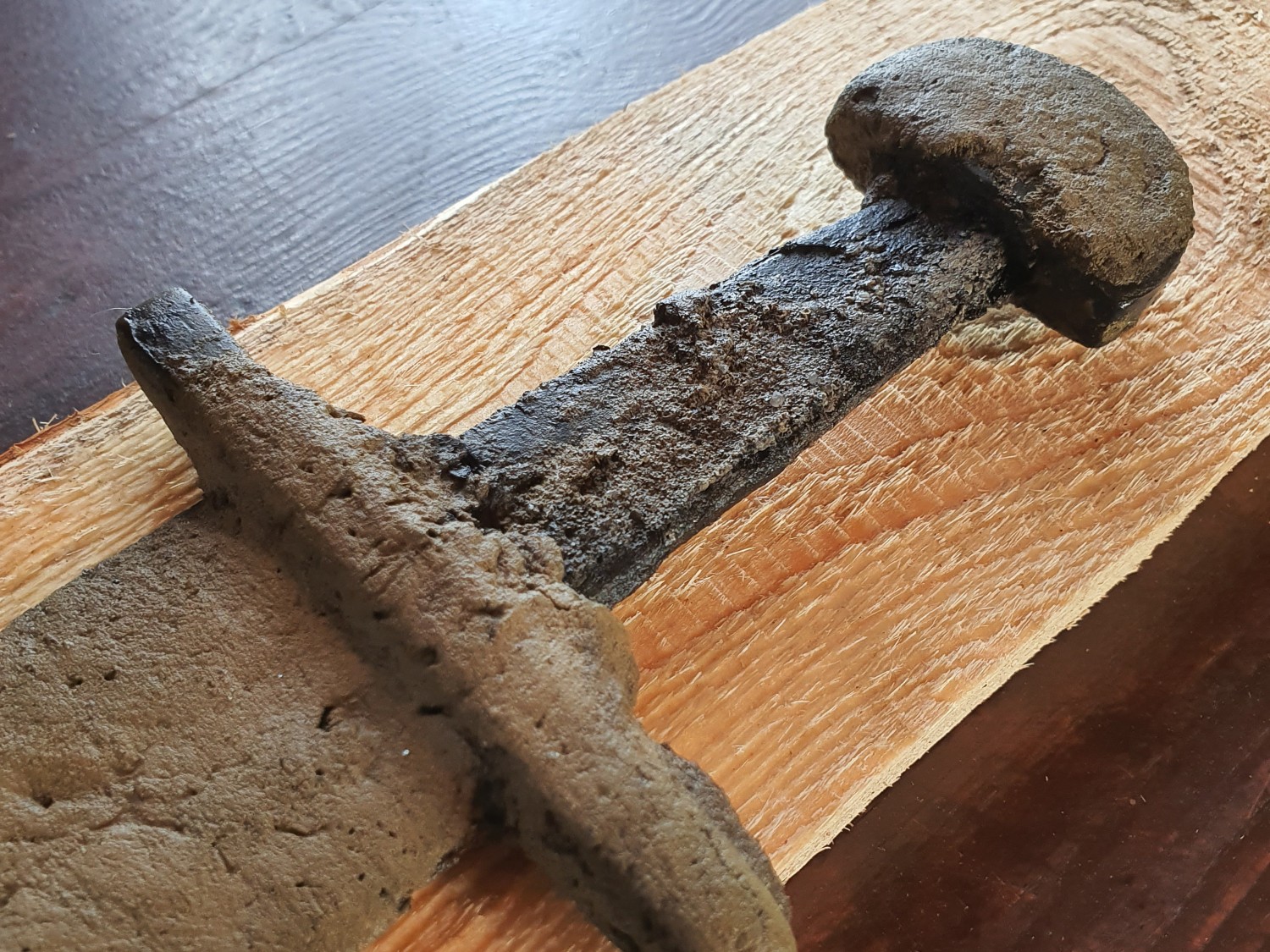 The 10th-century sword complete with the remains of a leather scabbard is likely to have belonged to someone of status and power.umk.pl

Scientists from the Nicolaus Copernicus University in Toruń and the Museum of the First Piast at Lednica have conducted research in and around the lake since 1982, though the first works were done there in the fifties.

Ostrów Lednicki was an important point on the early Piast dynasty Poland’s map, located between the first capital in Gniezno and Poznań, where the first bishop in the country had his seat.

Head of the University’s Centre for Underwater Archaeology professor Andrzej Pydyn said: “This is probably the richest season in a dozen years. Not only because of the number of objects, but also their value and the context in which they were found.” 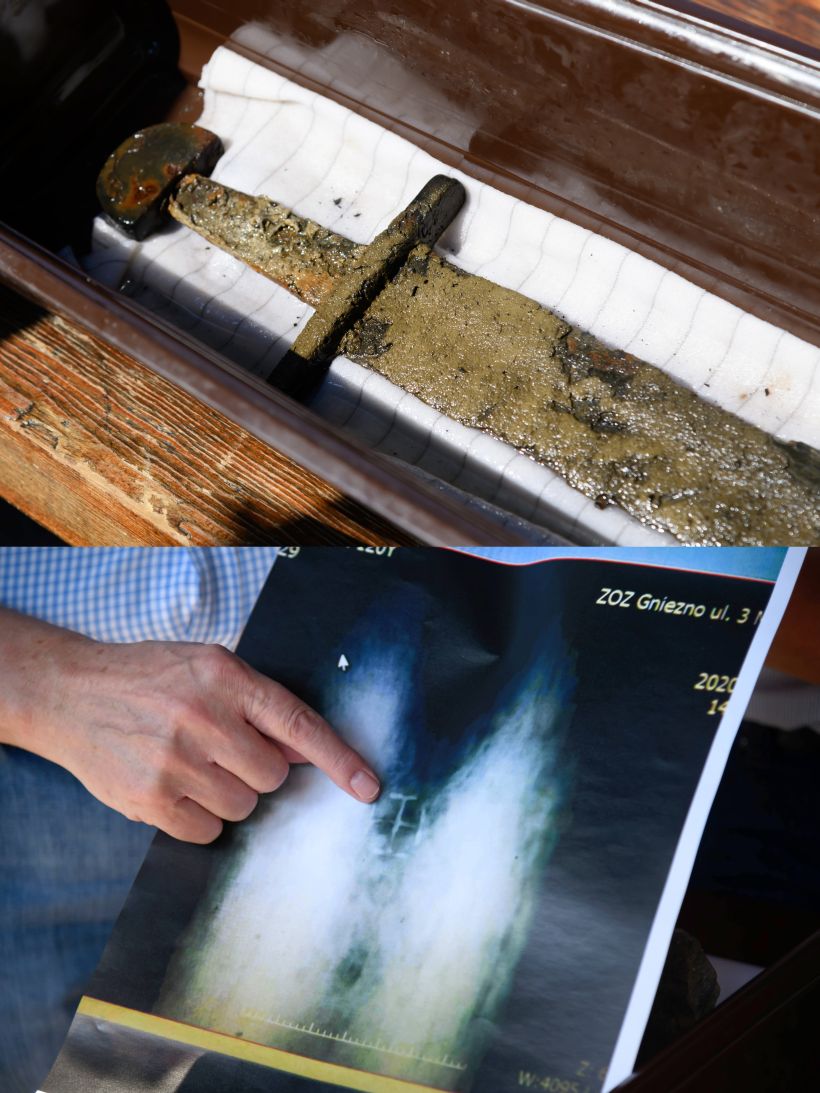 The sword was decorated with a Jerusalem cross visible on the x-ray picture.Jakub Kaczmarczyk/PAP

The researchers focused on the area near two bridges connecting islands Ostrów Lednicki, Ledniczka, and the shore, found in 2017.

The younger bridge dates back to the turn of the 13th and 14th centuries, while the older to the beginning of the 10th. The wood used for its construction was cut down in the years 913 and 914.

The bridges are a marvel on their own – measuring several hundred meters, they were an incredible undertaking at that time. 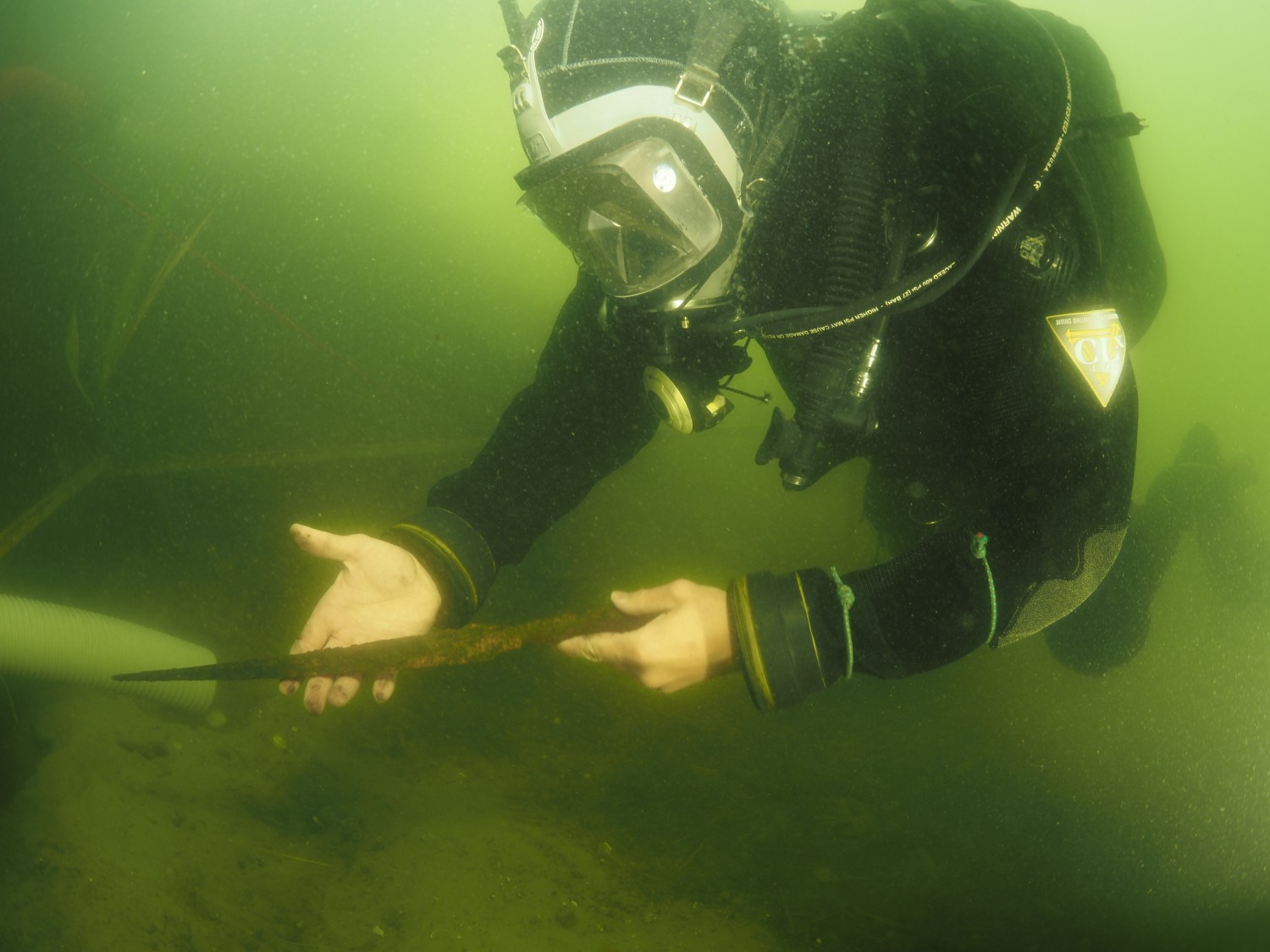 Archaeology divers also found other artefacts dating back to the first Piast dynasty.umk.pl

Underneath the bridges’ remnants, the archaeologists uncovered 21 objects, including the early medieval ornamented sword and two axes, other weapons such as arrowheads and crossbow bolts from the 13th and 14th centuries, as well as a sickle from that period.

Professor Pydyn said: "The most spectacular finding of this research season is the eighth sword found in Lednica Lake, the first in 20 years. But also the spearhead, axes, including the encrusted axe, probably one of the more spectacular ones found here.”

The notable 10th-century sword and axe couldn’t belong to a regular warrior and point to people of importance travelling to Ostrów Lednicki. The axe, similar in style to Scandinavian ones, was inlaid with silver and adorned. 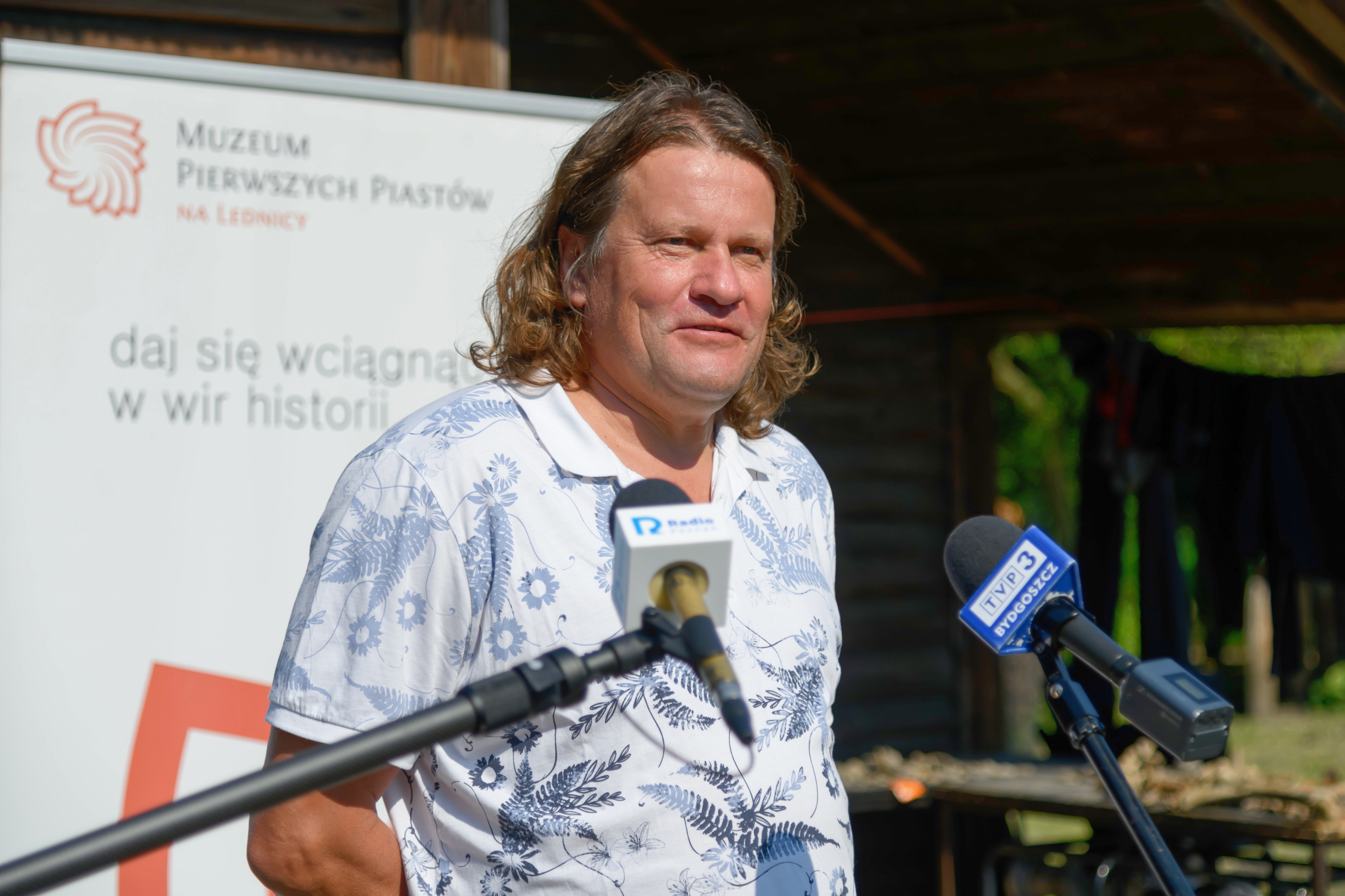 Professor Andrzej Pydyn, head of the Center for Underwater Archeology in Toruń described the find as “spectacular” saying the sword was the first to be found in 20 years.Jakub Kaczmarczyk/PAP

The sword was decorated with a cross, a common European trope, but a rare find considering the place and time when it was made. Other findings include ceramics and animal bones.

Using photogrammetry (measuring and scanning the place to create a model), the researchers mapped the bottom of the lake and even 1.5 meters below it and created a detailed 3D model of the area.

The method led to another discovery, which provided new information on the settlement's role and size. 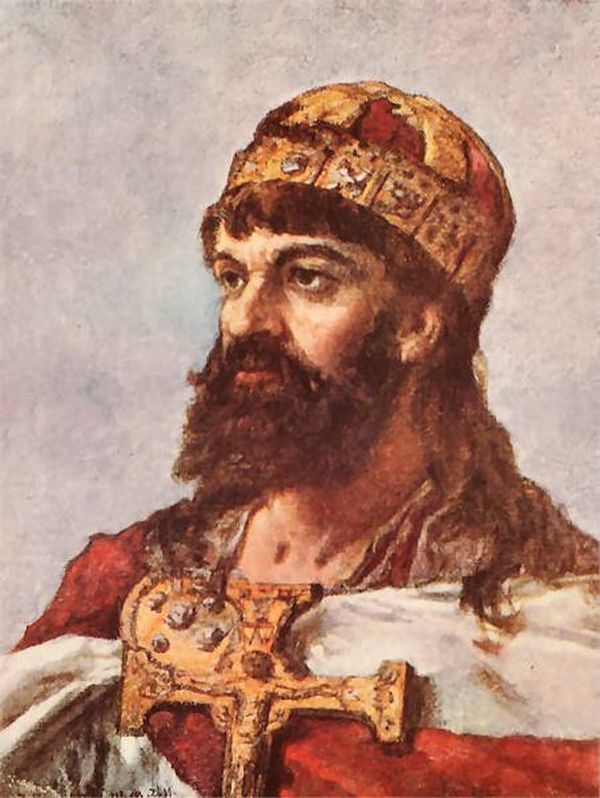 The finds date back to the times of Duke Mieszko I.Public domain

The most valuable seems to be the remains of the shore fortifications, most probably made of solid oak beams.

The age of one of them has already been determined by the dendrochronological method. The tree was cut down in 980, during the reign of Duke Mieszko I, the first documented ruler of Poland.

Professor Pydyn said: “They shed completely new light on what took place in this area. Actually, we are becoming certain, that the entire area of settlements around Ostrów Lednicki was important not only in the times of Mieszko I but also for his father or grandfather.”