A rare stringed instrument dating back 1,000 years has been discovered in one of the strongholds of the first Polish rulers in Ostrów Lednicki.

Initially, archaeologists from the Museum of the First Piasts at Lednica thought the fragment, which was found 10 years ago in a dumping ground where other used wooden objects were abandoned, was some sort of household item.

But now closer inspection shows that the item is a string head, the place on a stringed instrument where the string pins are mounted.

The rebec is a bowed stringed instrument of the Medieval era and the early Renaissance. Public Domain

Jacek Wrzesiński from the museum said: “This is the first fragment of a medieval stringed instrument discovered on Ostrów Lednicki so far.

“Artefacts of this kind are a real rarity. During excavations at settlements from this period, simple, bone pipes are found much more often.” 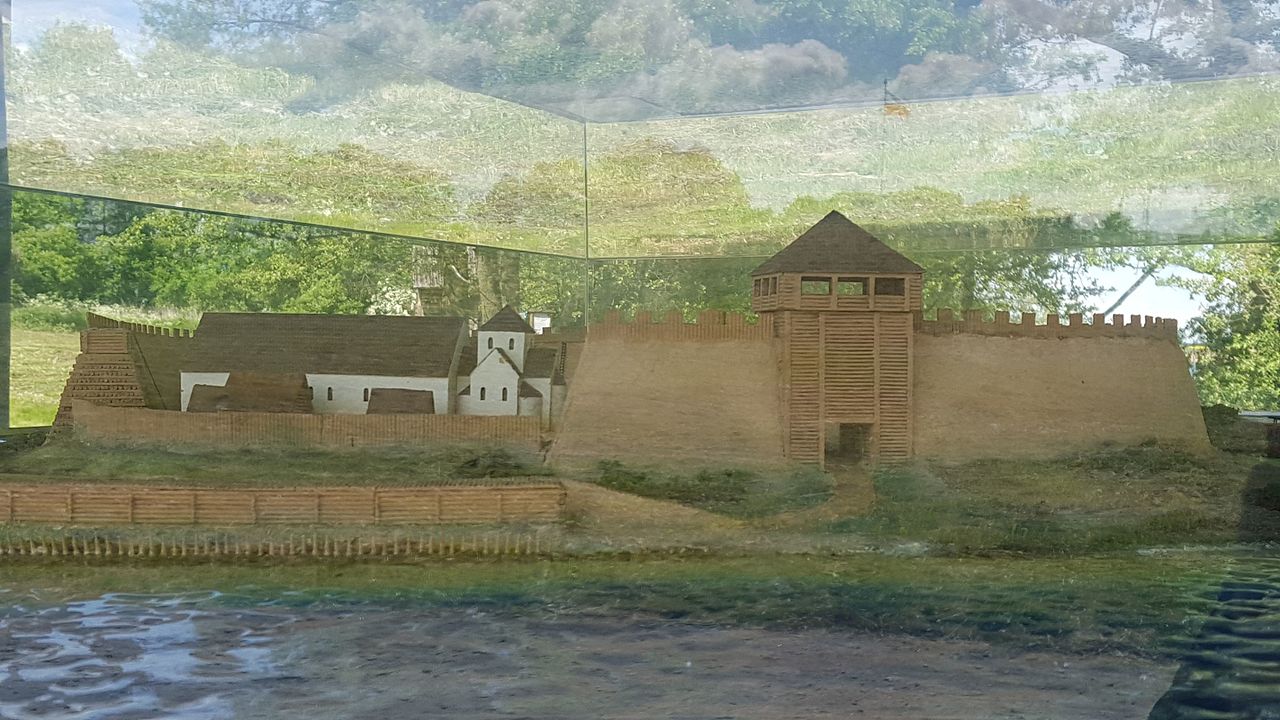 In the Middle Ages, Ostrów Lednicki was the site of a fortified settlement known as a 'gród'. Konarski / Creative Commons Attribution-Share Alike 4.0 International license

Ostrów Lednicki is an island on Lake Lednica, located between the cities of Gnieżno and Poznań, in western Poland. In the Middle Ages, it was the site of a fortified settlement known as a “gród”.

Today, the ruins of a church and palace that was one of the main homes of the first Kings of the Piast dynasty from the mid-10th Century onwards remain.

Shaped like half a heart, the wooden fragment seems to be part of a rebec, a medieval stringed instrument that may have influenced later instruments like the mandolin and the violin, reports Nauka w Polsce.

Held on the musician’s knee or shoulder, it was a small instrument; this one may have been no more than 30 cm long. Its strings, made of animal intestines, would have been played using a horsehair bow.

According to Wrzesiński, the instrument could have been played on a range of occasions, from church ceremonies to celebrations on Ostrów Lednicki. 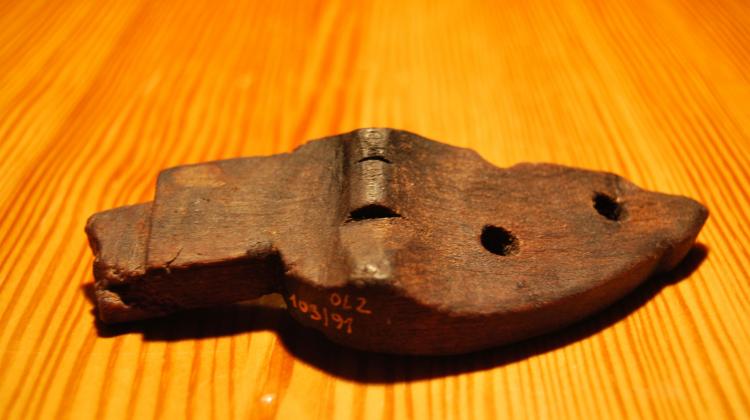 Archaeologists from the Museum of the First Piasts at Lednica thought the fragment, which was found 10 years ago in a dumping ground where other used wooden objects were abandoned, was some sort of household item.J. Wrzesiński

Nobody knows exactly when this kind of instrument arrived in what is now Poland, but it appears to have been brought to Europe from the Middle East by the Arabs.

Working with an artisan, the researchers have built a replica of the instrument, which is played at events organised by the museum on the island.