Poland’s culture minister has said that a book presented by Emmanuel Macron, the French president, to Pope Francis was not looted from Poland during the Second World War.

The book, Immanuel Kant’s 'Perpetual Peace: A Philosophical Sketch', was given to the Pope during a private audience on Monday.

But pictures of it posted online showed it had a stamp in Polish on the first page saying: "Academic Reading Room in Lviv".

This prompted speculation that it had been looted by the Nazis from Lviv during WWII. Although it is now in Ukraine, the city up until 1939 was part of Poland.

The Polish Foreign Ministry said yesterday that it had launched an inquiry into the book’s origins.

But on Wednesday Piotr Glinski, the culture minister, said it was not looted. 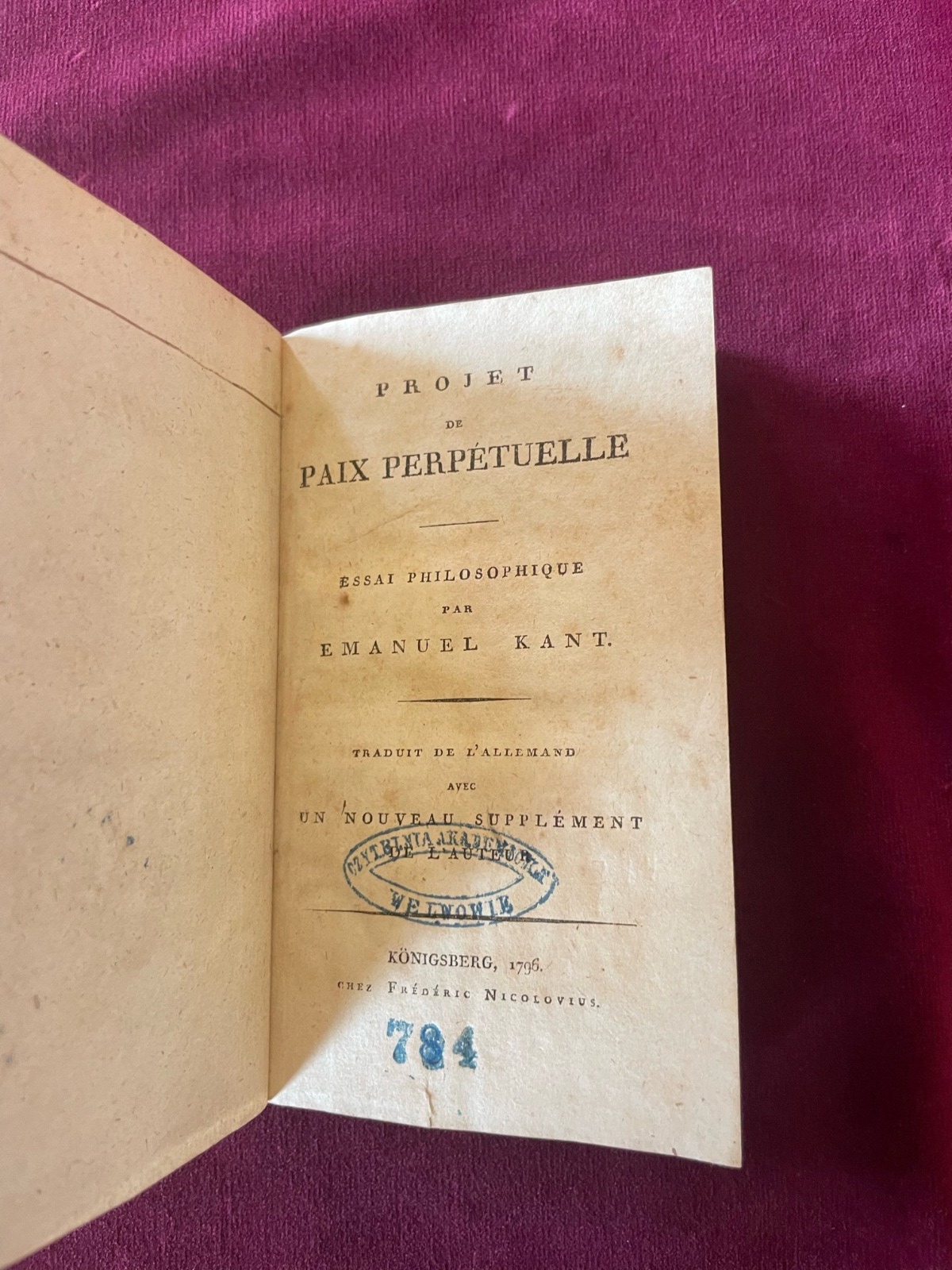 Eagled-eyed Internet users noticed a clearly identifiable stamp of the Czytelnia Akademicka, which was a reading union organised by students from the University of Lwów, which was then part of Poland.Vatican

"I. Kant's book, presented by President Emmanuel Macron to Pope Francis, is not a Polish war loss,” he said. “Contrary to the claims of some media, Kultura_gov_pl says that this work was not stolen from Poland."

"We established the provenance of the book, among others, in cooperation with the Ossolinski Institute and with the French side. Everything indicates that the book was already in France at the turn of the 20th century."

An Agence France-Presse (AFP) report on Tuesday cited an interview with Patrick Hatchuel, a Parisian bookseller, who sold the rare edition of Kant’s book to the Elysee Palace for under EUR 2,500.

Hantuchel said he had "no doubts" that the book had not been looted by the Nazis.

He added that the book had been owned by the library in Lviv in the years 1850-1870, and then it was probably sold. Around 1900, it was brought to Paris by the famous bookseller Lucien Bodin, who specialised in esotericism.

"The last owner of Kant's work was a private collector who bought it half a century ago, Hatchuel said, adding that the collector’s son had then sold it and that "everything is verifiable".