A ranch owner known as the Sheriff has become an overnight hero after rescuing horses and livestock from a raging fire with his bare hands.

Adam Mazurek had been sleeping when he received a call to say his ‘Wild West Ranch’ in the village of Dębogórze near the Baltic coast was on fire. 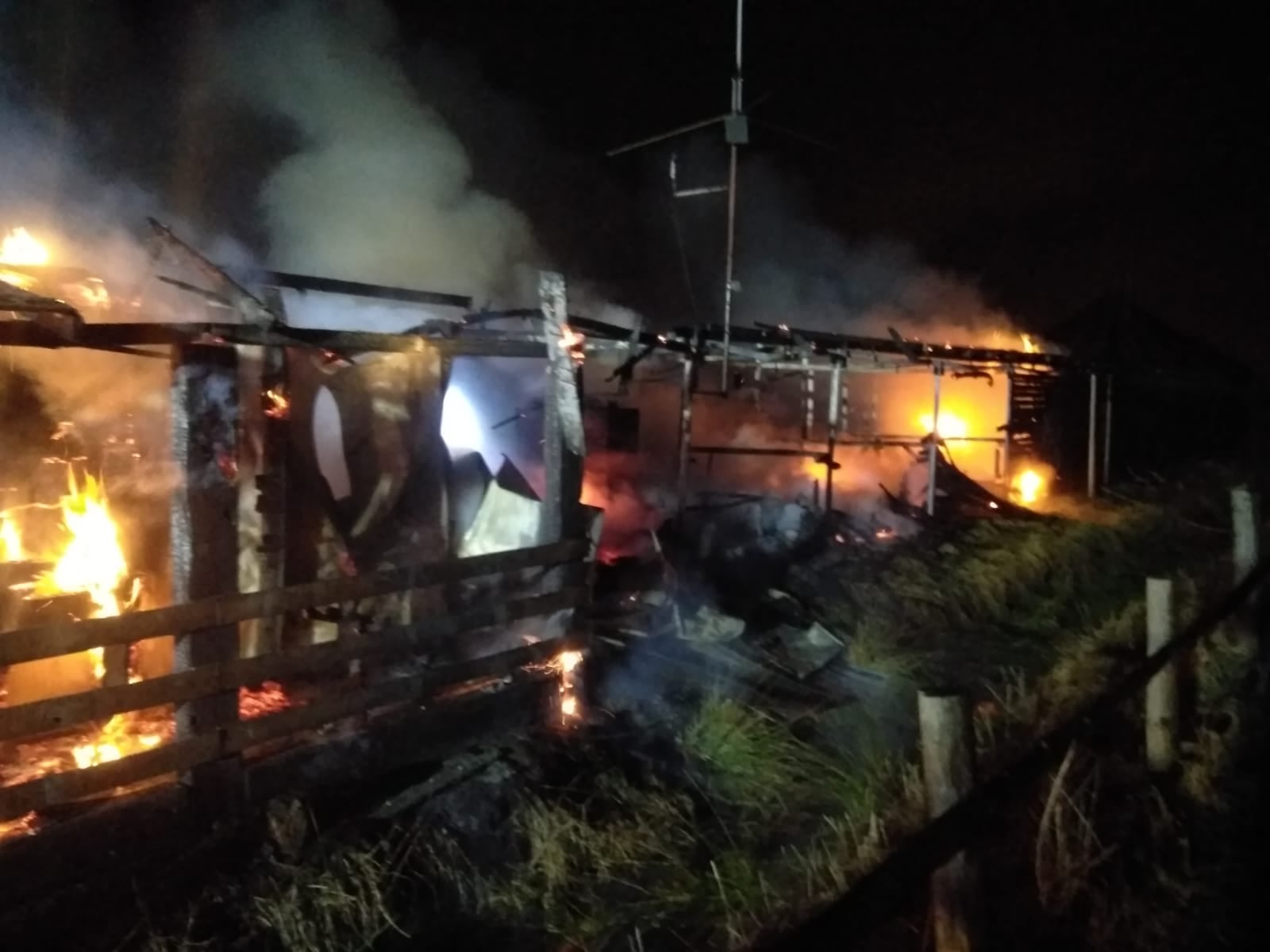 The Sheriff, as Mazurek is known, had been sleeping when he heard his ranch was on fire. Wild West Ranch

Grabbing his coat and telling his wife to call the fire brigade, the 54-year-old leapt into his car and sped towards the ranch 8km away where he was met by a member of staff called Marcin.

Ignoring the inferno, the two men set about freeing the animals, with the Sheriff even picking some up and physically carrying them out over his shoulder.

By the time the fire brigade arrived, the ranch had burnt to the ground.Wild West Ranch

By the time the fire brigade arrived, although all the animals were safe, the ranch had burnt to the ground and the Sheriff’s hands were so badly burnt the skin had melted off.

His wife Beata said: “Later, when all the animals had been released, he looked down at his hands and, to cool them down, put them in a ditch that drains water.” 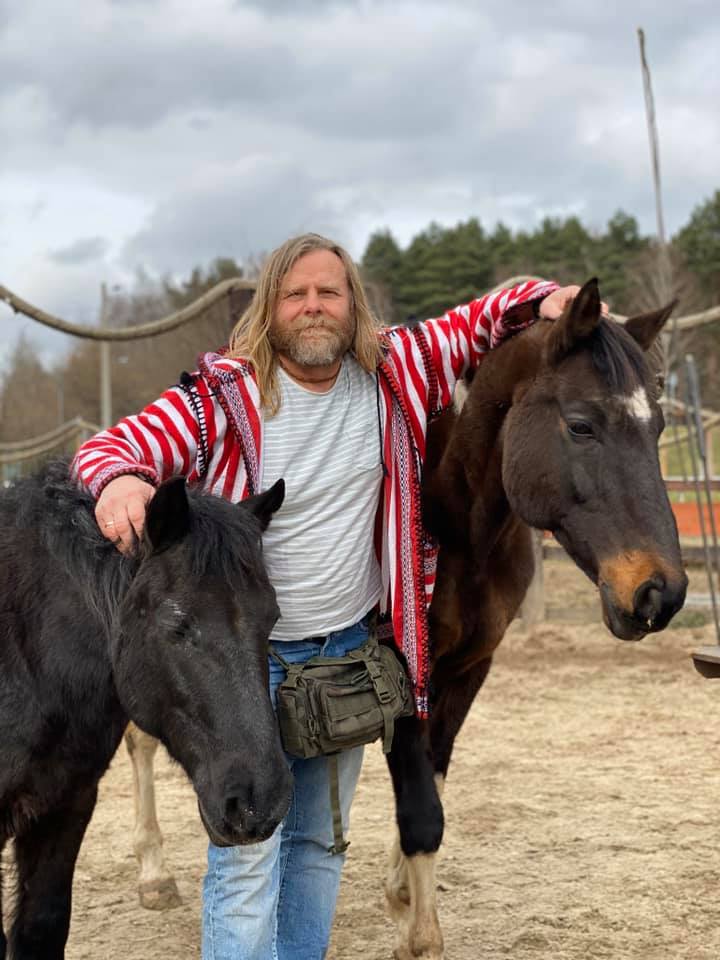 The ranch was home to many animals, including over a dozen horses, ten goats, rabbits, ostriches and a llama.Wild West Ranch

A crowdfunding initiative to help raise money to rebuild the ranch has now received over 80,000 zł (over 17,000 euros), with donations from over 1,000 people.

Sheriff Mazurek, meanwhile, has been showered with praise. 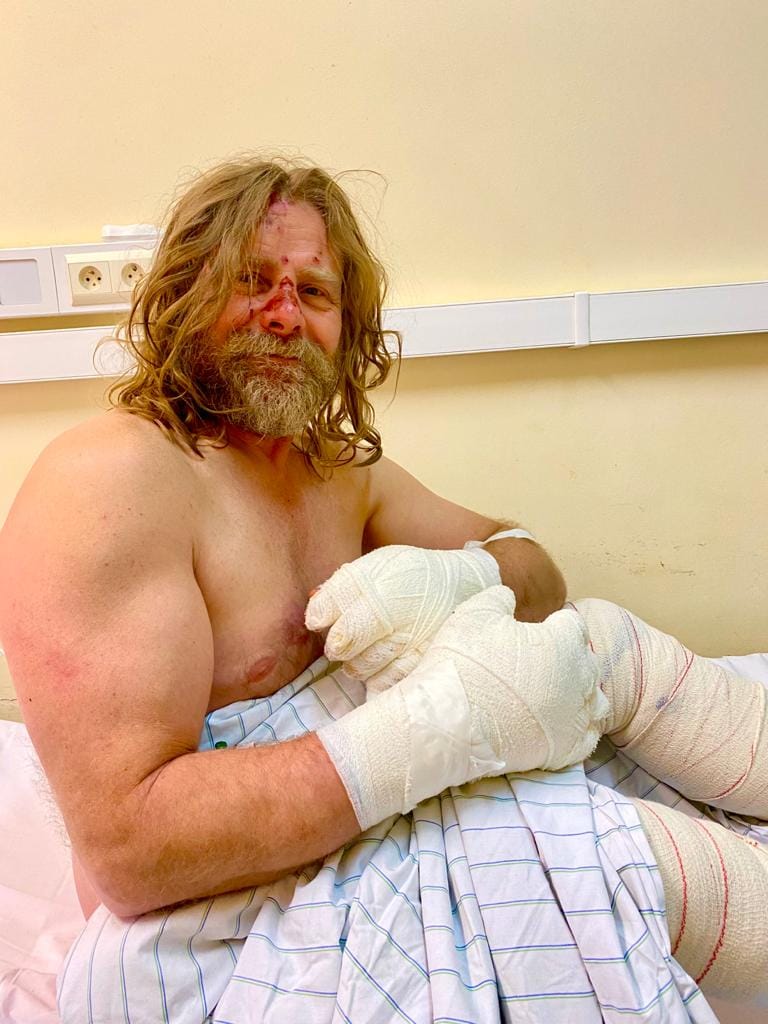 The Sheriff’s hands were so badly burnt the skin had melted off.Wild West Ranch

Posting on Facebook next to a photo of him showing off his wounds, one person wrote: “You are indestructible! We wish your wounds heal quickly !!! Hang in there, hero.”

Another person posted: “Full respect for saving the animals at the risk to your own life. You are a Hero. May Angels continue to guard you as before.” 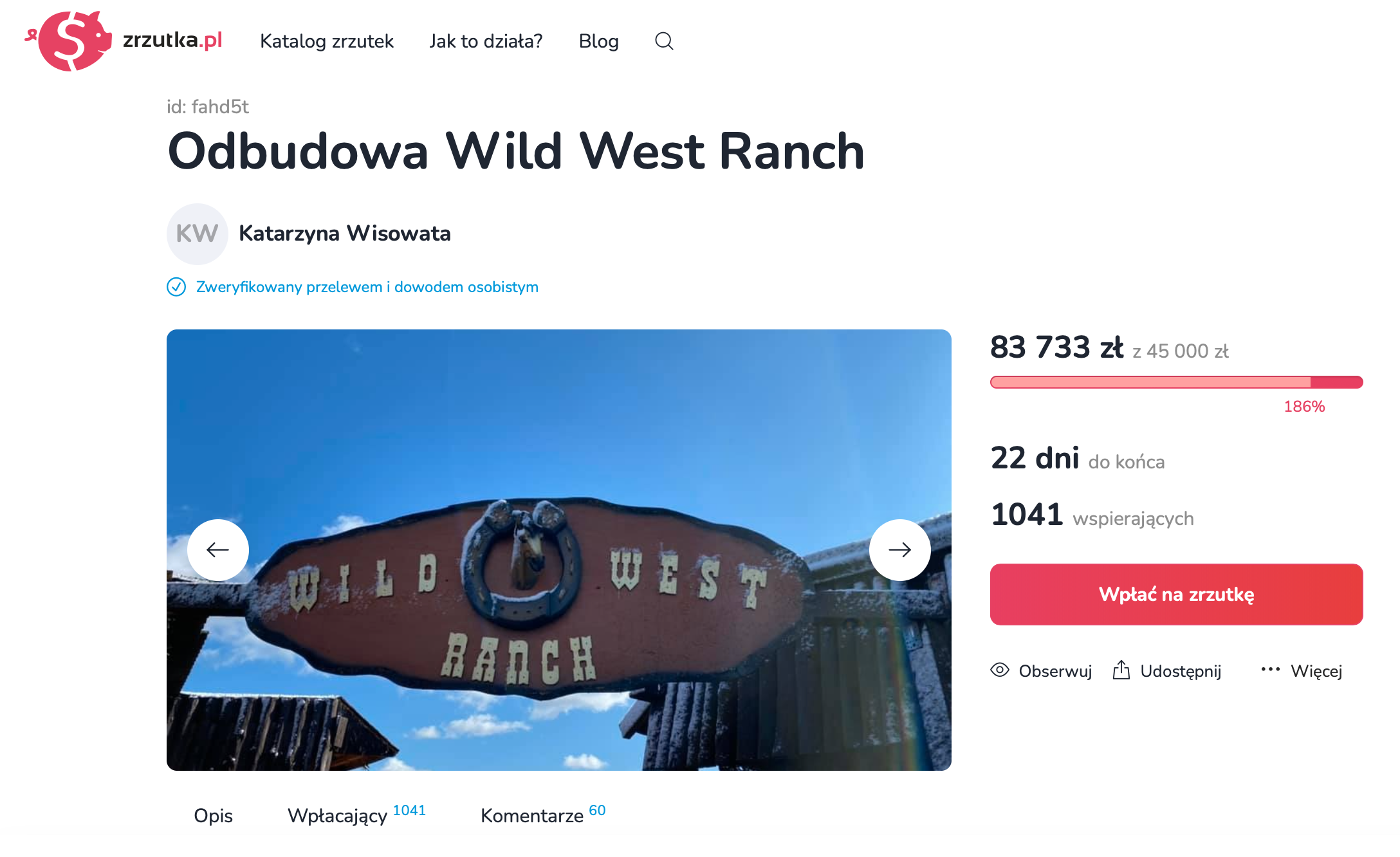 A crowdfunding initiative to help raise money to rebuild the ranch has now received over 80,000 zł (over 17,000 euros), with donations from over 1,000 people.zrzutka.pl

And yet another commented: “You are a true hero. You are one of the few Poles who make me feel proud and I believe that there are still people with a great heart in today's world. Recovery and may your case become a role model for others.”

The cause of the fire has not yet been established.