Putting the dream on ice: the Polish Olympians who have to wait another year before going for gold

Around the world the hopes and dreams of hundreds of athletes were put on hold when the Tokyo Olympic Games were delayed until next year owing to the Covid outbreak.

The postponement came as a body blow to people who had spent years preparing for the games, but sport and life goes on. 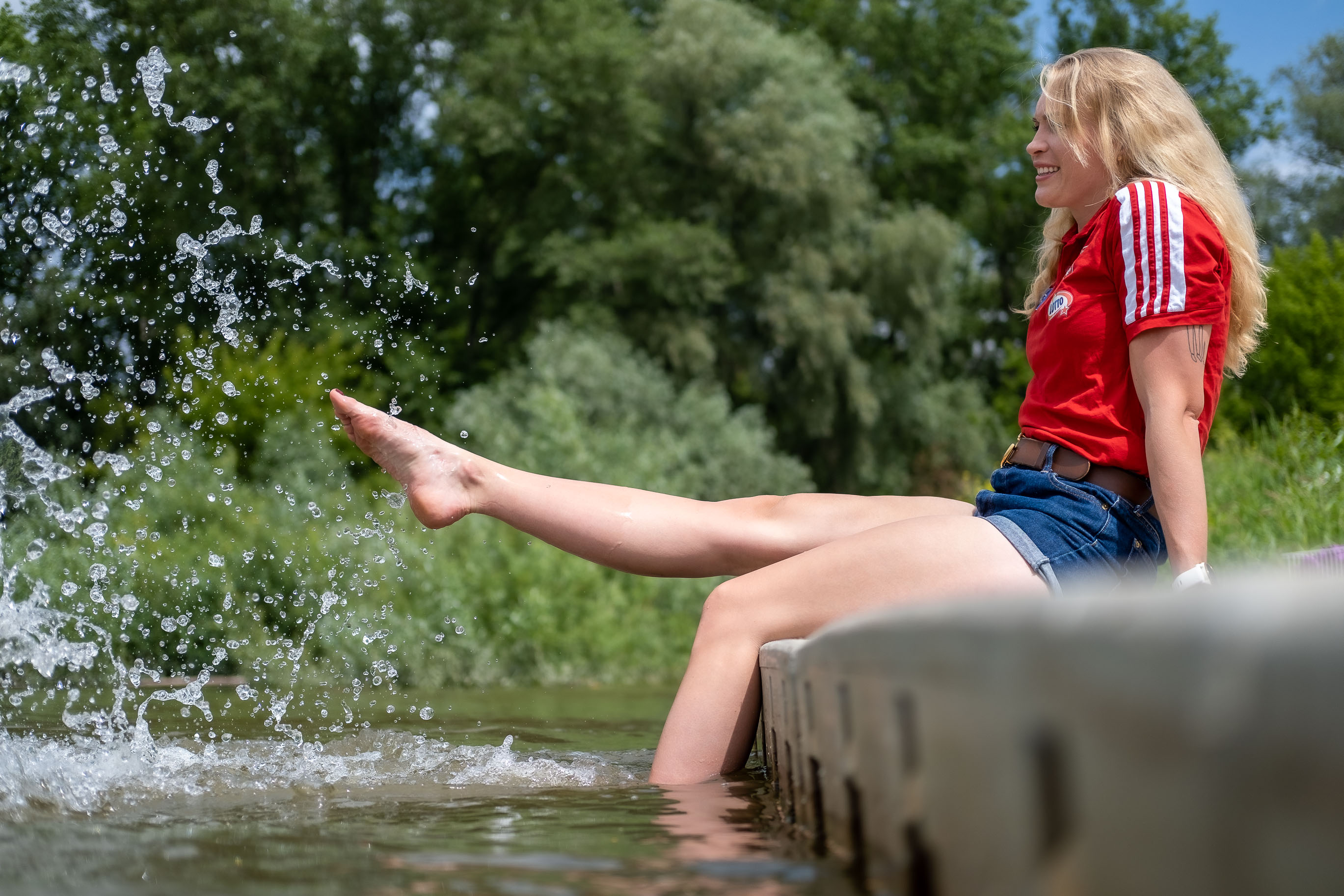 “Some people have lost their jobs while I still have a job and I can train,” says Kobus-Zawojska.Kalbar/TFN

TFN caught up with athletes from the Polish national team to see how the delay has affected their preparation and what impact it has had on their life away from sport.

Agnieszka Kobus-Zawojska already has a collection of rowing medals including eight medals at European and World championships as well as a bronze she won at the Rio 2016 Olympics. She was born into a family of competitive rowers as both her mother and father competed in the sport and she is also married to another rower, who still has a chance to qualify for a spot on the Polish Olympic rowing team next year. 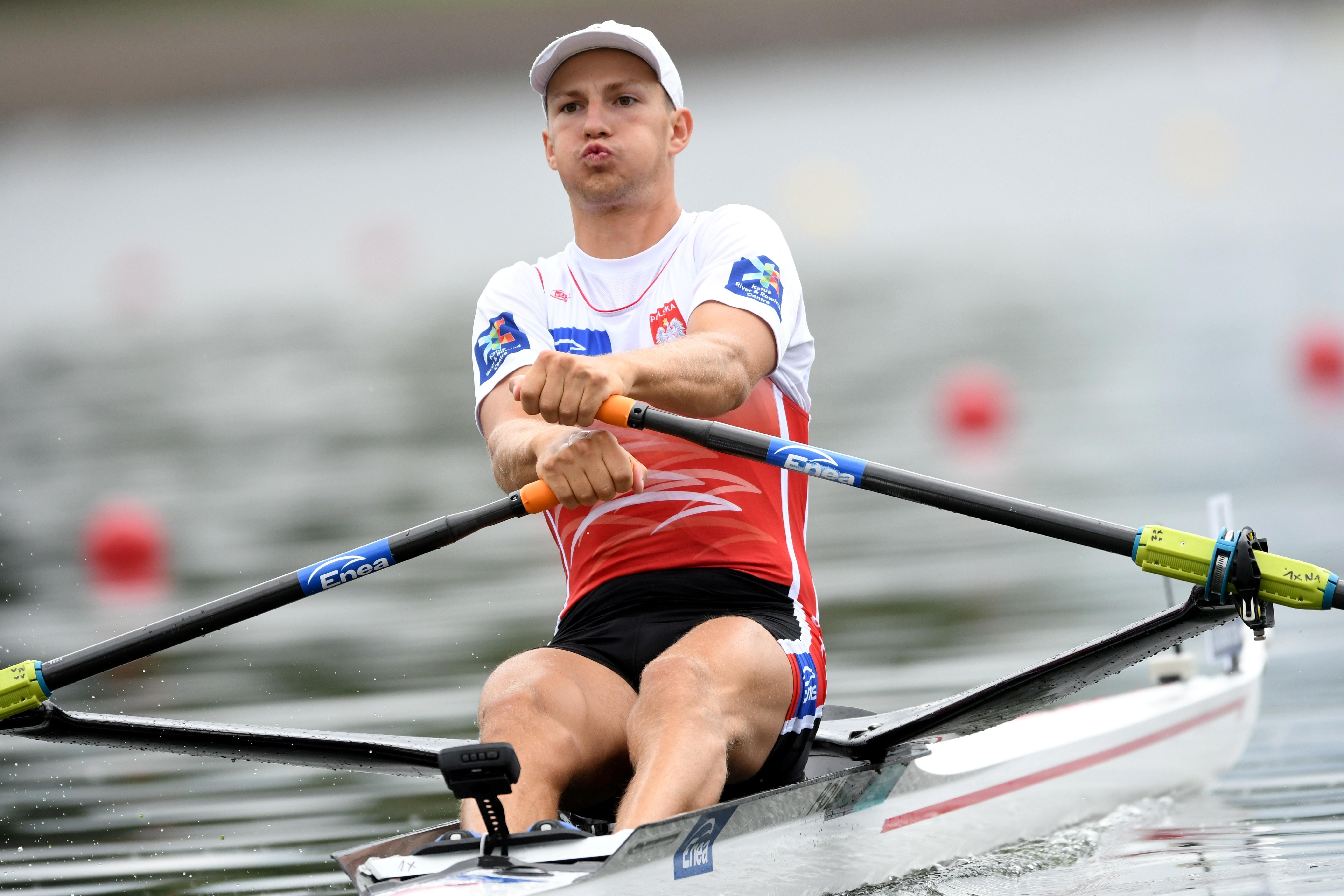 For Natan Węgrzycki-Szymczyk the postponement of the games has also meant putting his non-sporting career back by a year.Bartłomiej Zborowski/PAP

“I remember when I was watching the Olympic Games with my dad and I was looking at the sportsmen with admiration,” says the 29-year-old from Warsaw. “I've always had support and motivation from my parents. They believed in me like no one else. My dad had to end his career due to health reasons and that's why I wanted to give him the joy of me going to the Olympic Games. I always dreamed about having a medal but I thought it was impossible and that only superheroes could win medals. However, I went and did it. I have an Olympic bronze medal. I feel so special. I have always liked sport but I never thought that I would achieve so much, it's my story and I'm proud of it.”

During the lockdown Kobus-Zawojska used the opportunity to improve her flexibility while maintaining her fitness as she would do in the winter season, working primarily on strength and conditioning. She was also very thankful for the continued support from the Polish government and her sponsors who have stuck by her through the COVID crisis. 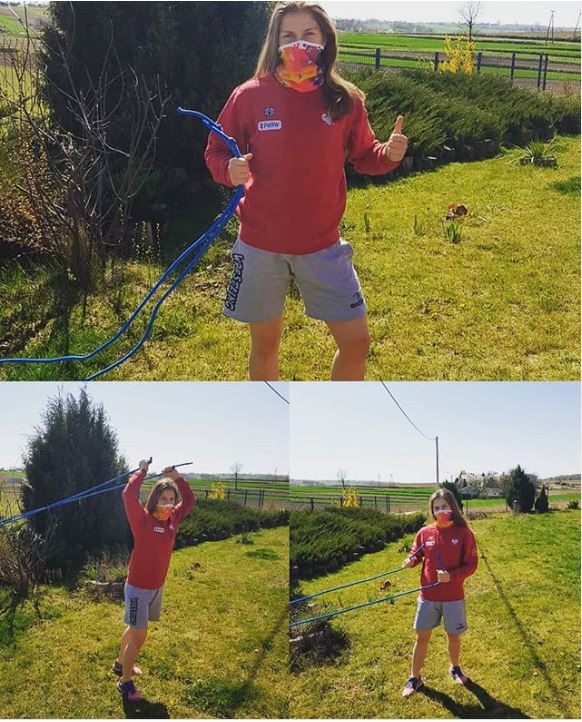 “The Ministry of Sport extended my scholarships. My sports partners also want to continue cooperation. For me, and I believe this is also true for the other athletes who have ministerial scholarships, the financial aspect has not been too hard. Obviously there is less money, every industry has lost something during the pandemic but I can’t complain. Some people have lost their jobs while I still have a job and I can train,” says Kobus-Zawojska.

For Natan Węgrzycki-Szymczyk the financial impact of the delay has been harder. Also a veteran of the Rio Olympics, Węgrzycki-Szymczyk has just finished his post-graduate education and had been looking forward to entering the workforce after Tokyo, a move that has also been postponed by a year. Węgrzycki-Szymczyk had studied at the University of California before completing his master’s degree at Cambridge in the UK. During his time at Cambridge he also competed in and won the famous Boat Race against rival university Oxford. 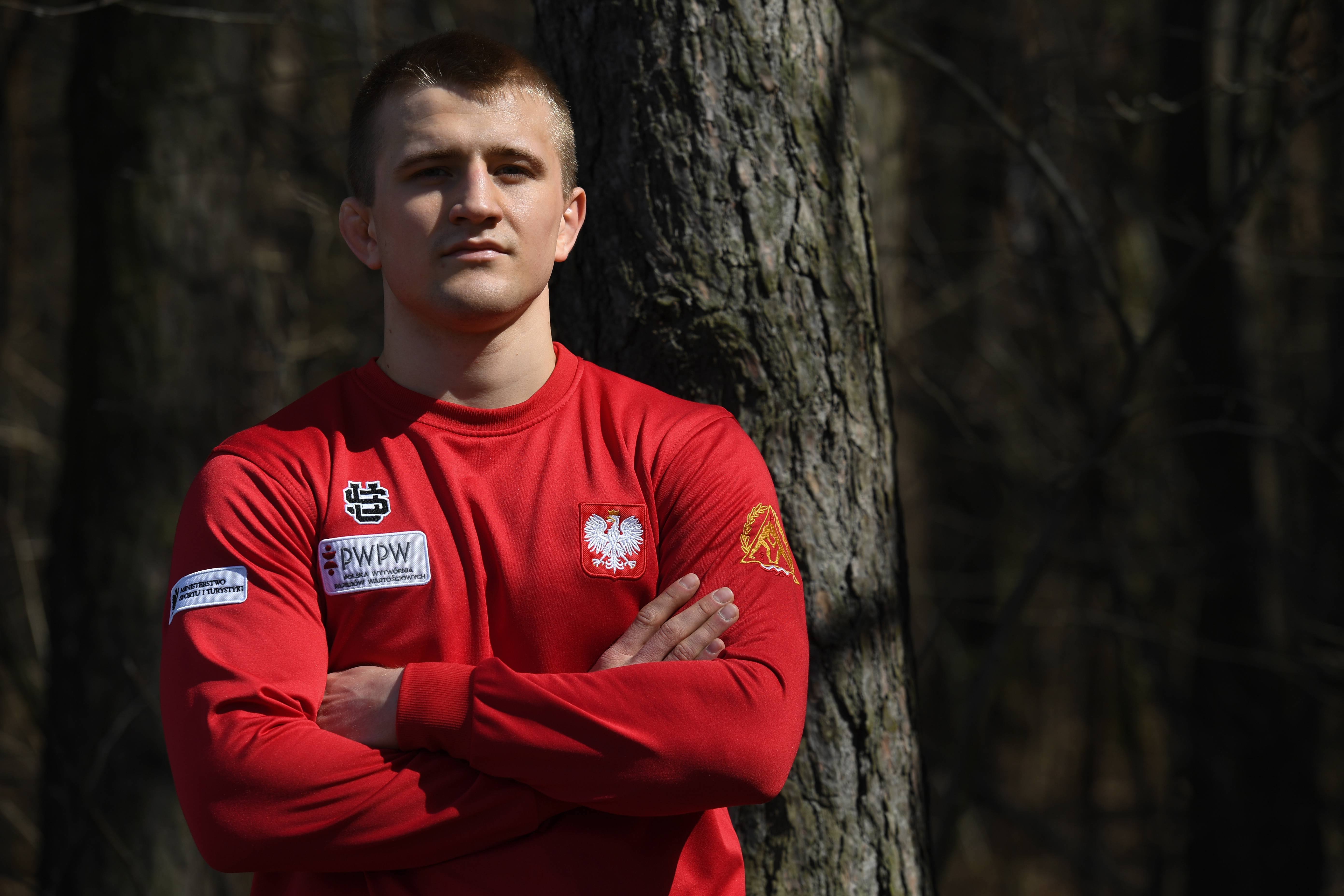 Kamil Rybicki says the delay will give him more time to prepare.Piotr Nowak/PAP

Jowita Wrzesien, from Bedzin, along with Roksana Zasina, from Łódź, both booked their places in the Tokyo Olympics last year in September, being among the first in the world to do so. The ladies had been wrestling for 13 and 14 years respectively and for both it would have been their first Olympic Games.

“It was an amazing feeling to qualify. I was very happy, my dreams had come true,” says Wrzesien. “When I learned about the postponement I was angry and sad. Now I know it was the correct decision, health is the most important thing. All sports camps and competitions were cancelled, sports clubs, sports halls and gyms were closed. I adapted my training at home and outside while maintaining contact with my coach online. I miss wrestling training and competitions very much because of the great atmosphere. I can't wait until we start training on the mat with sparring partners. I don't like to train alone. Although the preparations will last longer, the objective remains the same,”

Kamil Rybicki is also a wrestler and was looking forward to his first Olympics as well. The 23 year-old from Soczaczew was one of the first male athletes to book his place in the upcoming Olympics, winning his spot in February this year. 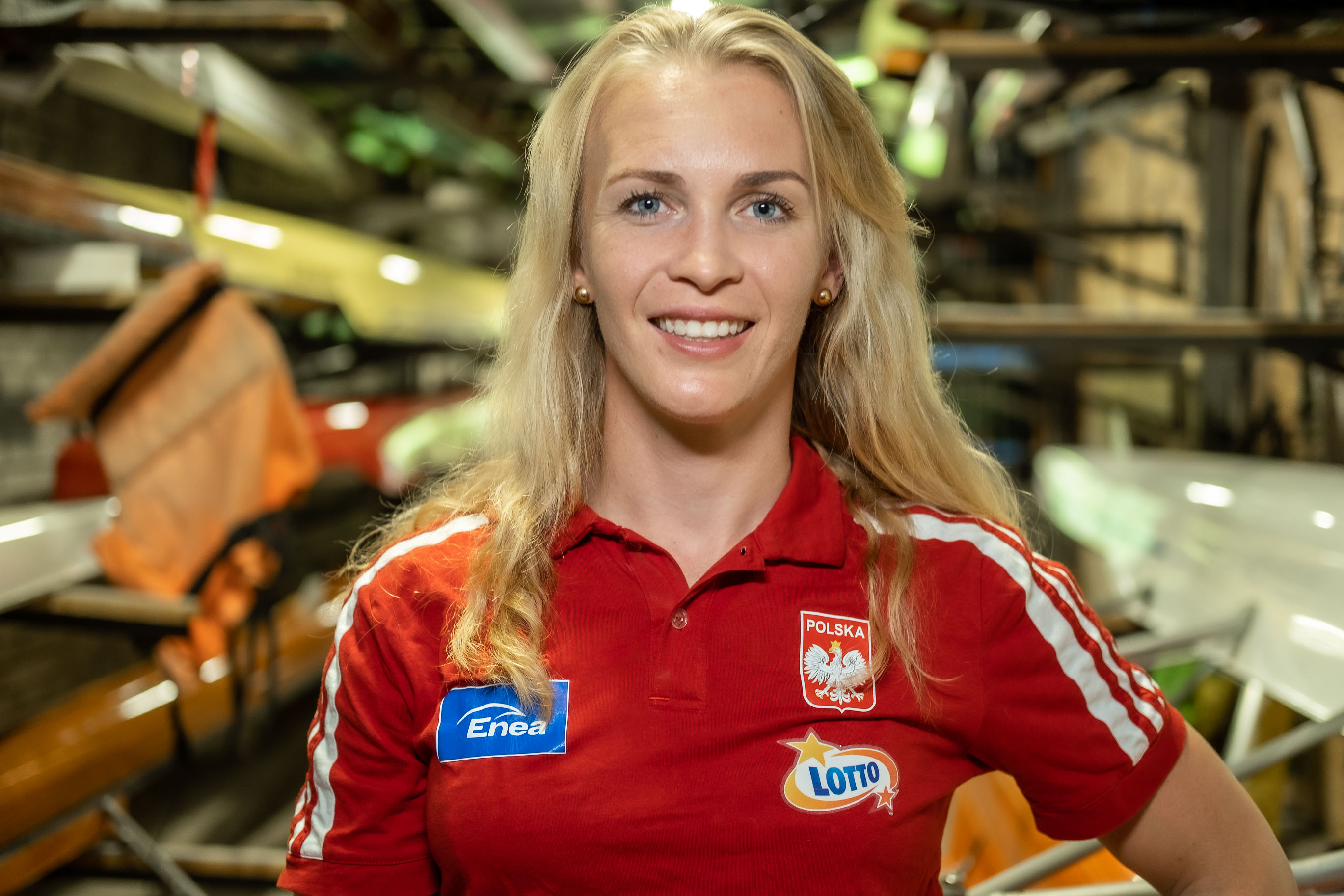 Agnieszka Kobus-Zawojska says the lockdown has taught her there are more important things in life than sport.Kalbar/TFN

“In fact I was happy to learn about the delay because it gives me an even greater chance,” he says. “I will use the opportunity to improve my all-around game technically and prepare myself mentally. My father used to be a wrestler and this discipline is popular in the village where I grew up, Teresin, so to be able to represent my country on the biggest stage of all is a great honour but also puts a lot of pressure on me.”

Many of the athletes have already returned to training, following new safety precautions and testing allows them to get back to preparing for the trip to Japan. Agnieszka Kobus-Zawojska was in between training camps when TFN caught up with her:

“I was happy to get back to training, I really missed it,” she states. “I also think that the lockdown has given us some positive things. After some time without rowing I have more power and motivation. I try to find the positives in such a difficult situation. Now, we know what is the most important thing in life; not sport, even though it feels like it during a competition, not your career, not work but family, love and health. I love sport but it is only something extra when everything else is correct.”