Pumped up and ready to go: On the eve of the Tour de Pologne TFN speaks to race director Czesław Lang

Tomorrow will see thousands of cyclists from across the globe descend on Poland for the annual Tour de Pologne (TdP).

Consisting of eight stages and covering 1,200 km, the grueling race which is now in its 75th year, will last until August 10th.

The cyclists endure seven different stages. Starting in Kraków, the race will pass through surrounding cities before heading into the Tatra mountains. 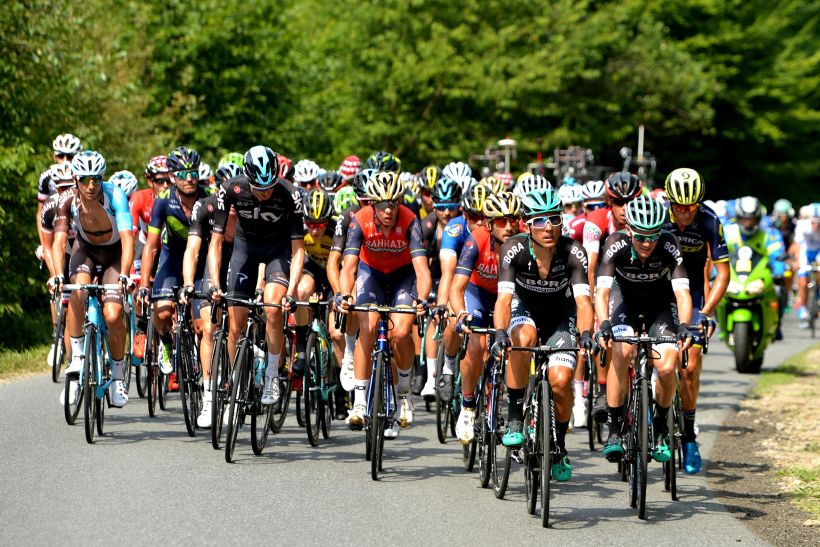 Consisting of eight stages and covering 1,200 km, the gruelling race is now in its 75th year.
(Darek Delmanowicz/PAP)

TFN: How many cyclists are planned to take part in this year’s race? Who are the favourites to win, and what is the prize for the winners?

Czesław Lang (CL): As for riders at the start, since we are part of the World Tour calendar, we follow UCI regulations. So 18 Pro Teams participate by right, plus there are four Wild Cards chosen by us. These four invitations include the Polish National team and team CCC Sprandi Polkowice, which is the strongest Polish team on the international scene. This is how we are trying to draw as much attention as possible to our national cycling movement. The most prominent Polish cyclists in the international stage are Rafał Majka, winner of the 2014 Tour de Pologne as well as several stages in the Tour de France and the Vuelta Espana, and bronze medallist at the 2016 Rio Olympics, and Michał Kwiatkowski - 2014 World Champion who won many famous races around the world in recent years. There are also many big foreign cyclists who have announced they will be lining up for the 2018 edition. We’ve got Simon Yates, Thibaut Pinot and Fabio Aru; all three were already major figures in the Giro d’Italia this year. Dylan Teuns from Belgium, the winner of TDP last year. As every year, the winner will receive a trophy designed by the Italian artists Mirko Demattè, a car provided by our sponsor, Hyundai, and a significant cash prize from our main sponsor Carrefour. There will also be prizes for winners of the other competitions. 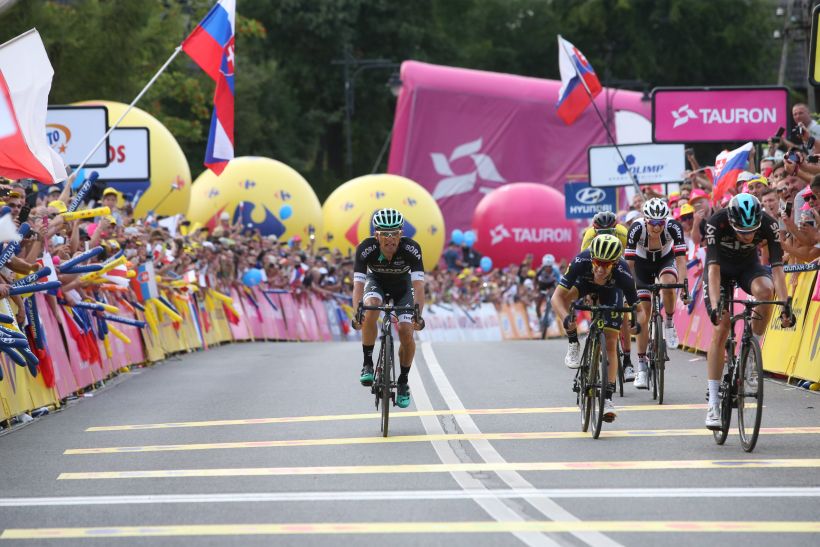 TFN: Apart from the challenge what do the riders enjoy most about the race?

CL: The nicest comments are the ones we receive from the riders and the teams. They always say that the level of road safety is good, they really like the types of routes we choose and all the aspects of hospitality are excellent. All the riders are very impressed with the warmth of the people along the roads. They riders keep saying that the atmosphere surrounding the Tour de Pologne is simply extraordinary. 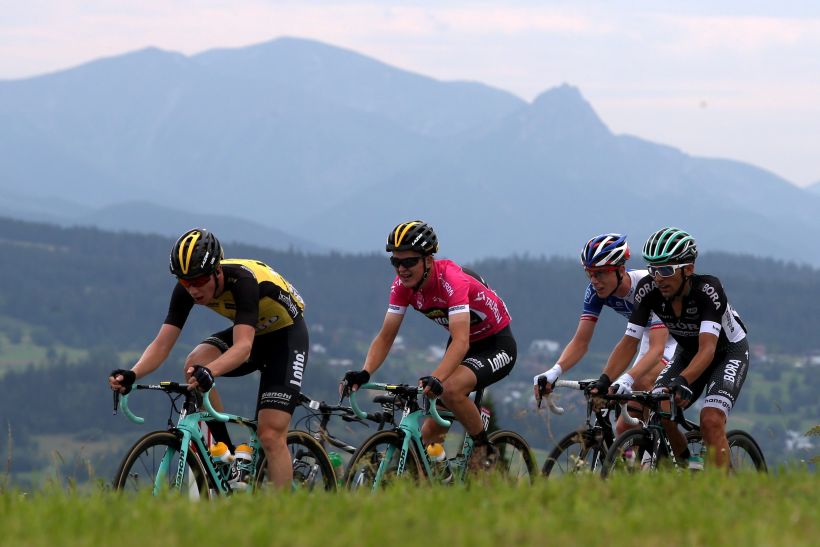 In the penultimate stage of the race, cyclists endure 129km of the Tatra mountains. Grzegorz Momot/PAP

TFN: As the director of the TdP, how would you describe your feeling when you see every year hundreds of cyclists from all over the world come Poland to take part in the race, and thousands of Poles stand along the route cheering them on or taking part in various competitions themselves?

CL: “I have a special relationship with this race, which I even managed to win in 1980, the same year in which I won the silver medal in the Moscow Olympic Games. I was lucky enough to be one of the very first Polish riders who was able to race beyond the iron curtain during the age of communism, as a professional rider in Europe between the 80’s and 90’s. I’ve always tried to bring the experience I gained riding around the world back here to Poland. This year the Lang Team staff and I are celebrating a 25 year milestone with the Tour de Pologne. In this quarter century Polish cycling has grown a lot. We are very proud about this. I have unforgettable and emotional memories tied to this race. I look back to 2010 when the cyclists stopped in Auschwitz to remember the victims of the holocaust, and then in 2013 when we kicked off the race from Italy with two stages in the Dolomites, in Trentino. It was a fantastic edition in which we paid tribute to Karol Wojtyła, our Pope John Paul II. In 2014 we kicked off from Gdańsk to pay tribute to Lech Wałęsa and the Solidarity movement. Then in 2015 we celebrated Fryderyk Chopin. It means a lot to us to connect each edition of the Tour de Pologne to history. I’ve always believed that sport should be an educational tool, to remind us of where we came from, so we can move forward through life in the right direction. 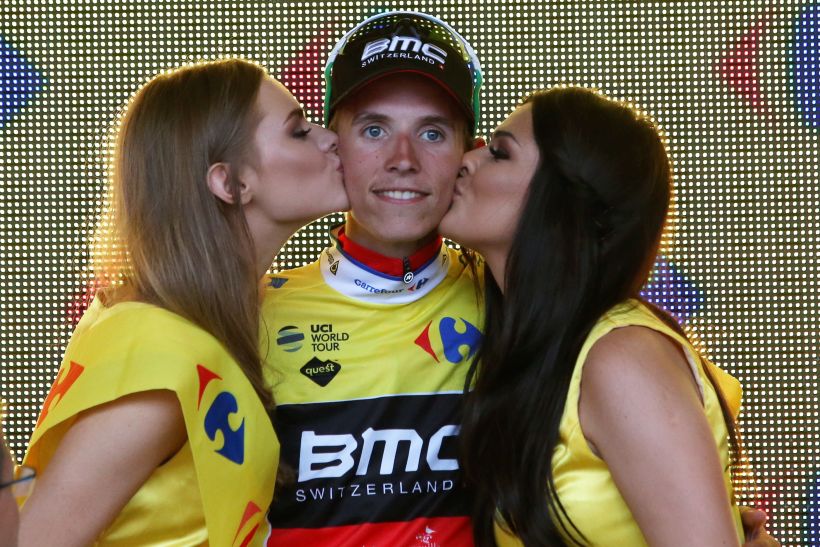 TFN: What else is on offer?

CL: The Tour de Pologne is not only a competitive race. There are plenty of other connected events. There is the Kinder and Sport Mini Tour de Pologne, an event for children that we have been holding in collaboration with our partner Ferrero for more than 10 years now, which sees thousands of children participating each year. Every year it’s the kids who are the stars of the show on the finish line before the arrival of the professional race. Then there is the “Tauron – Tour de Pologne amateurs”, a race open to amateurs and cycling tourists that hits the scene every year, on the route for the 7th stage in Bukowina Tatrzańska, with 2500 enthusiasts lining up for the start. Furthermore, since this edition has a significant historical impact, we have set up a mobile museum dedicated entirely to the history of the Tour de Pologne, which will be presented at the race every day.