President Andrzej Duda on Friday filed an amended bill with parliament that seeks to moderate a recent, and bitterly opposed, top court ruling on abortion that could result in a near-total ban on terminations.

Mass protests have taken place daily since the ruling was made on October 22, and pro-choice organisations were planning a massive march in Warsaw on Friday evening.

In an effort to placate rising tensions and seek a compromise, the president decided to table the amended bill. 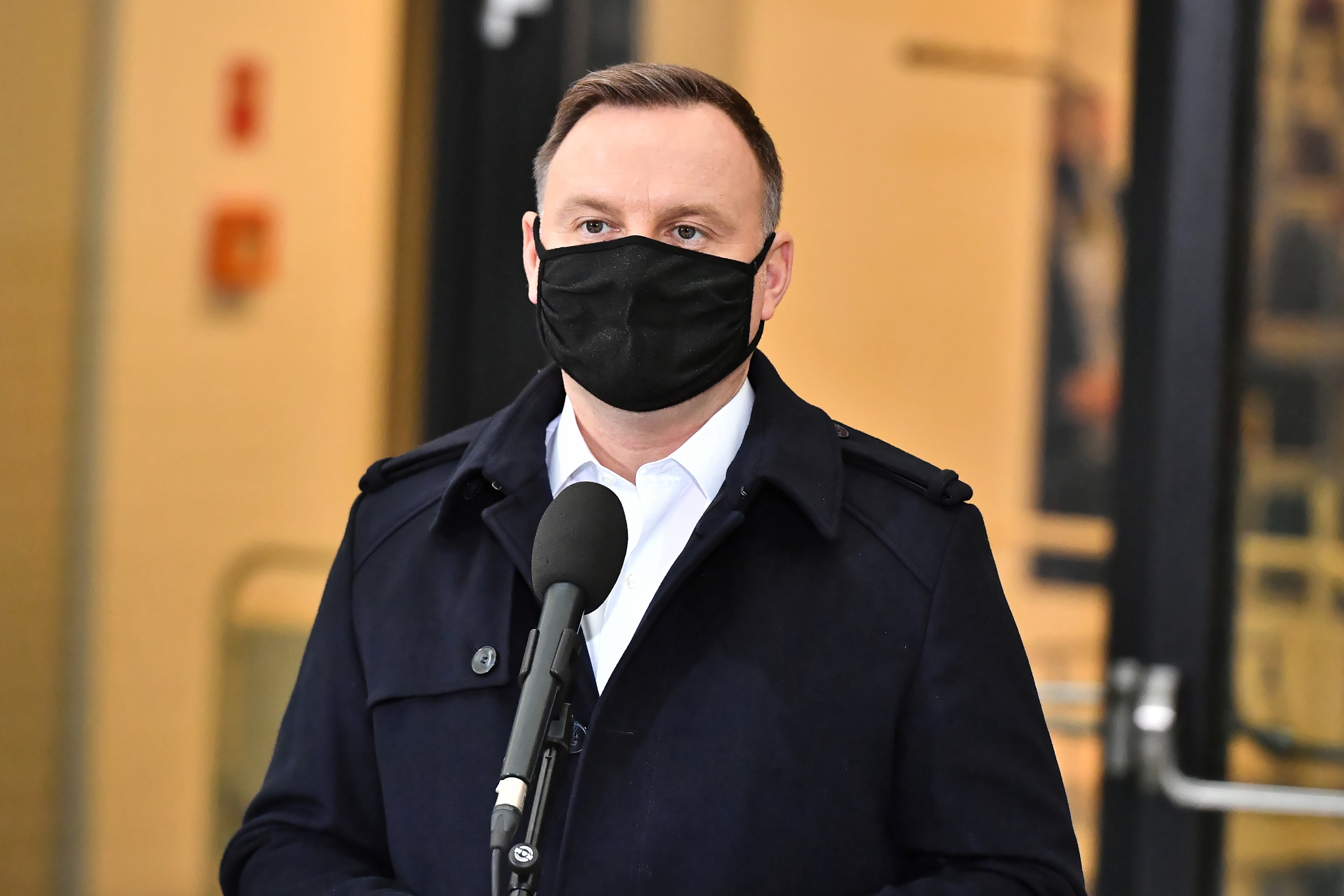 The president’s said that his amendment would make an abortion possible if the foetus suffers from a lethal condition, and when the pregnancy is highly likely to end with the new-born’s death.Andrzej Lange/PAP

"After consultations, I decided to file with Poland's Sejm (the lower house of parliament) an amendment to the law on family planning, protection of the human foetus and conditions allowing for the termination of pregnancy," Duda said.

The country's Constitutional Tribunal ruled that abortion in the case of a severely damaged foetus is unconstitutional. The ruling leaves only two situations in which a pregnancy can be terminated: when the pregnancy is the result of a crime or when it poses a danger to the mother's health or life.

Duda said his draft amendment makes abortion possible if the foetus suffers from a lethal condition or when the pregnancy is highly likely to end with the new-born’s death. 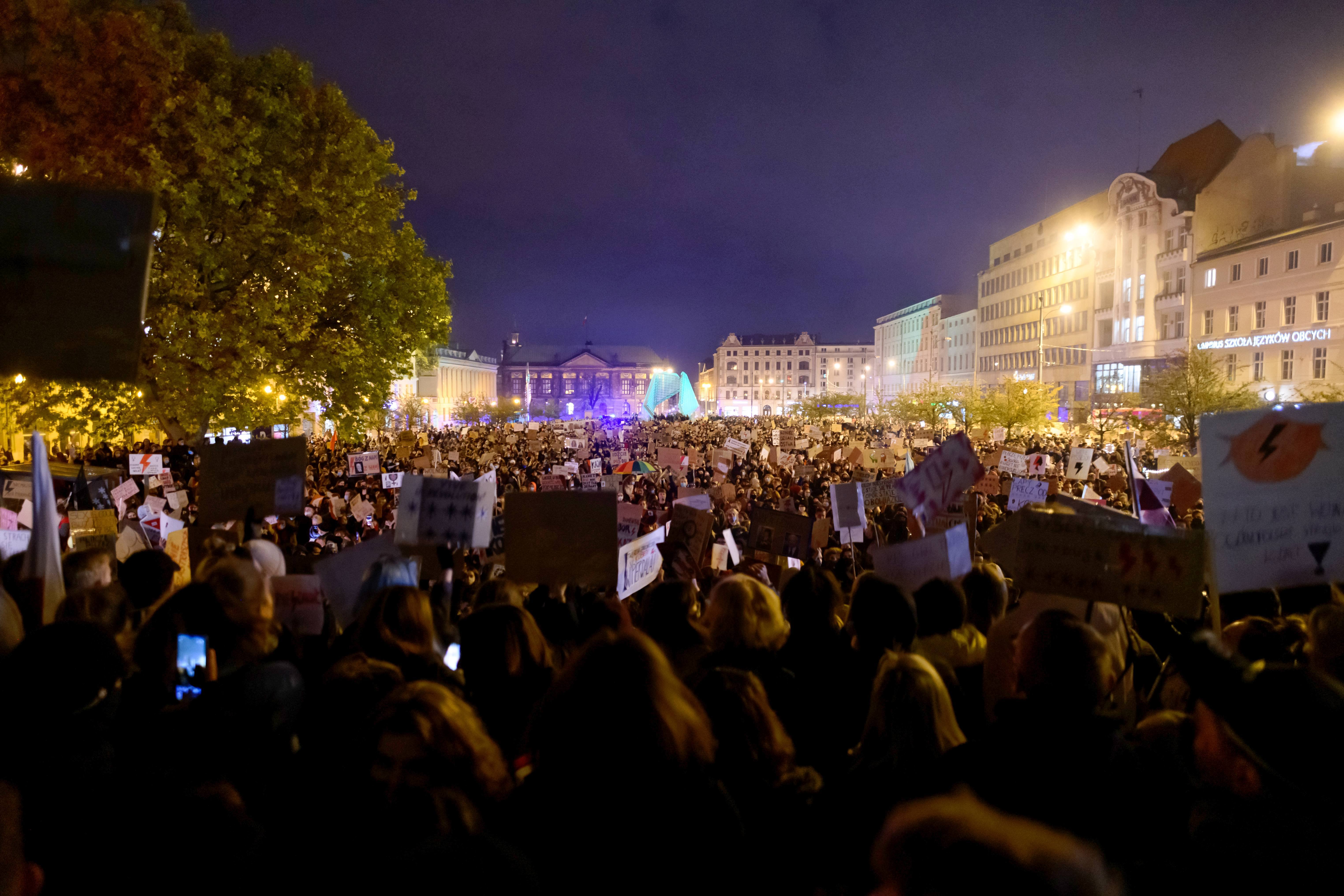 Mass protests have taken place daily since the country's Constitutional Tribunal ruled that abortion in the case of a severely damaged foetus is unconstitutional.Jakub Kaczmarczyk/PAP

As a response to the president's proposal, Prime Minister Mateusz Morawiecki said that in a practical way it solves the dilemmas and doubts raised recently in the public sphere.

"We are ready to discuss, agree on, and (also - PAP) very quickly implement the bill, so that there is no doubt that if pregnancy threatens the life and health of a woman, if the pregnancy comes from rape or from a prohibited act, it is clear to all women that matters do not change in relation to the previous legal status," he said.

Morawiecki went on to say that the president's bill will also be consulted with the opposition. 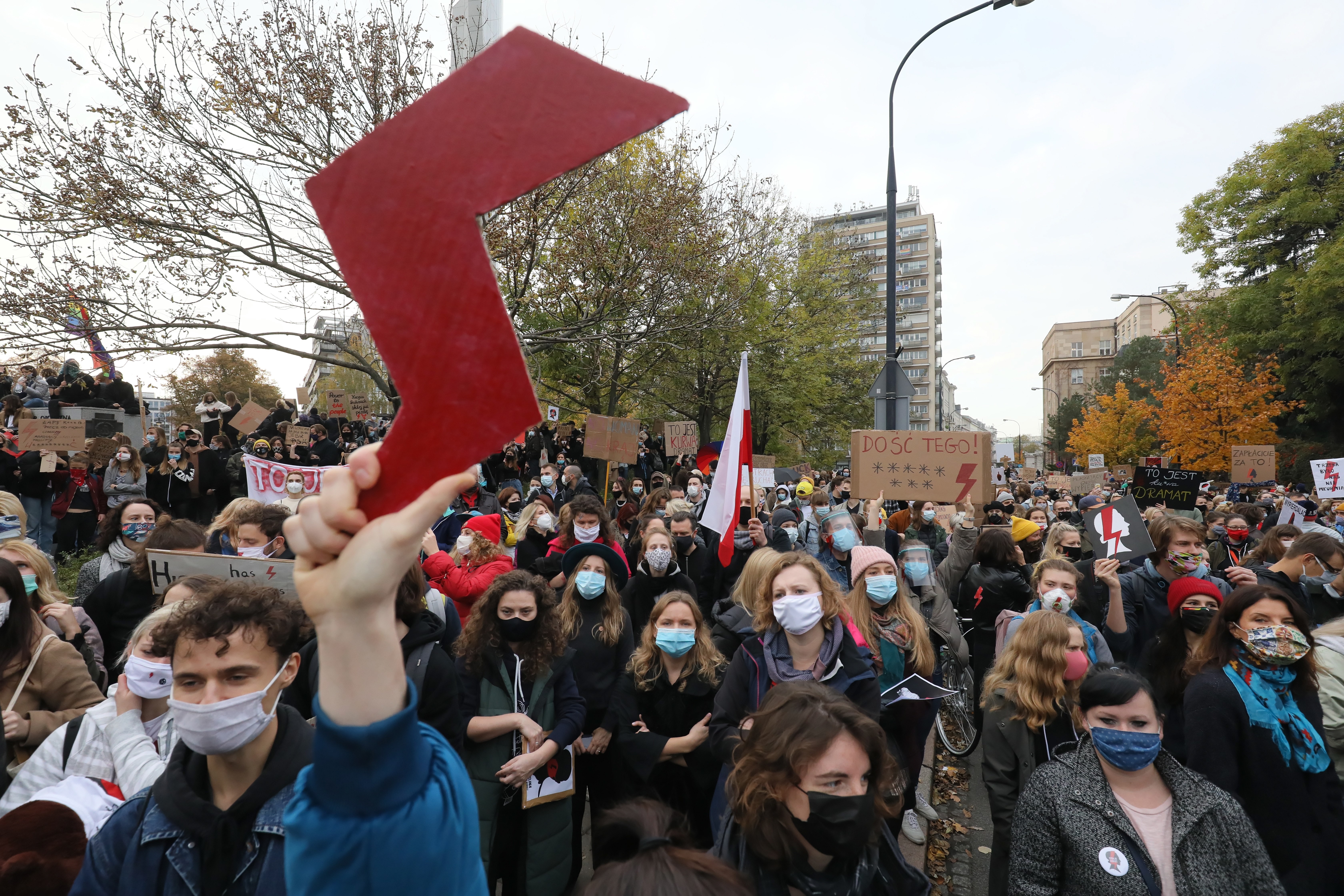 Duda tabled the amended bill in an effort to placate rising tensions and seek a compromise.Paweł Supernak/PAP

"Faced with the overlapping of the deep health and economic crisis and the violent protests triggered by the ruling of the Constitutional Tribunal, the draft presented by Poland's president is a wise attempt to reconcile various arguments," reads Agreement's statement.

PiS spokesperson Anita Czerwińska, commenting on the president's deal, said the amended bill is being analysed and a proper procedure will be undertaken soon. 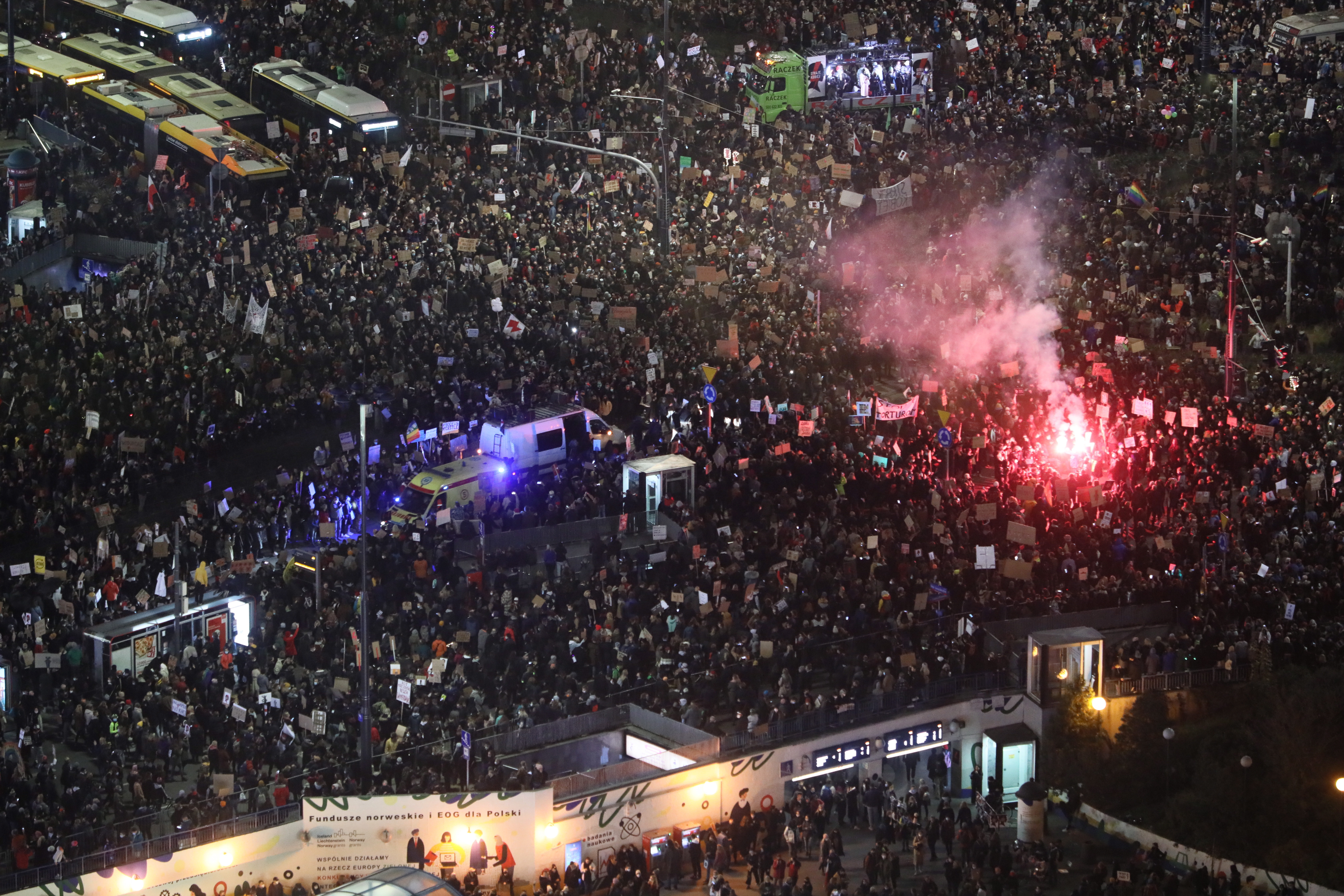 Poland's main opposition party (PO) leader Borys Budka defined a draft amendment to the so-called anti-abortion law as a "fraud". "I am afraid that this is another play by Jarosław Kaczyński (PiS leader - PAP), who is attempting to do something with the president's bill, which makes no difference anyway" he added.

Barbara Nowacka from Poland's oppositionist Civic Coalition (KO) told PAP that Duda's initiative was a "desperate attempt" to overcome the current situation caused by last week's judgment of the Constitutional Tribunal. In her opinion, the draft proposed by the president constitutes a tightening of the existing regulations.

Representatives of the Left also criticised Duda's proposal, saying they will not support any compromise on abortion. In their opinion, Andrzej Duda's initiative will provide no solution to the current crisis. 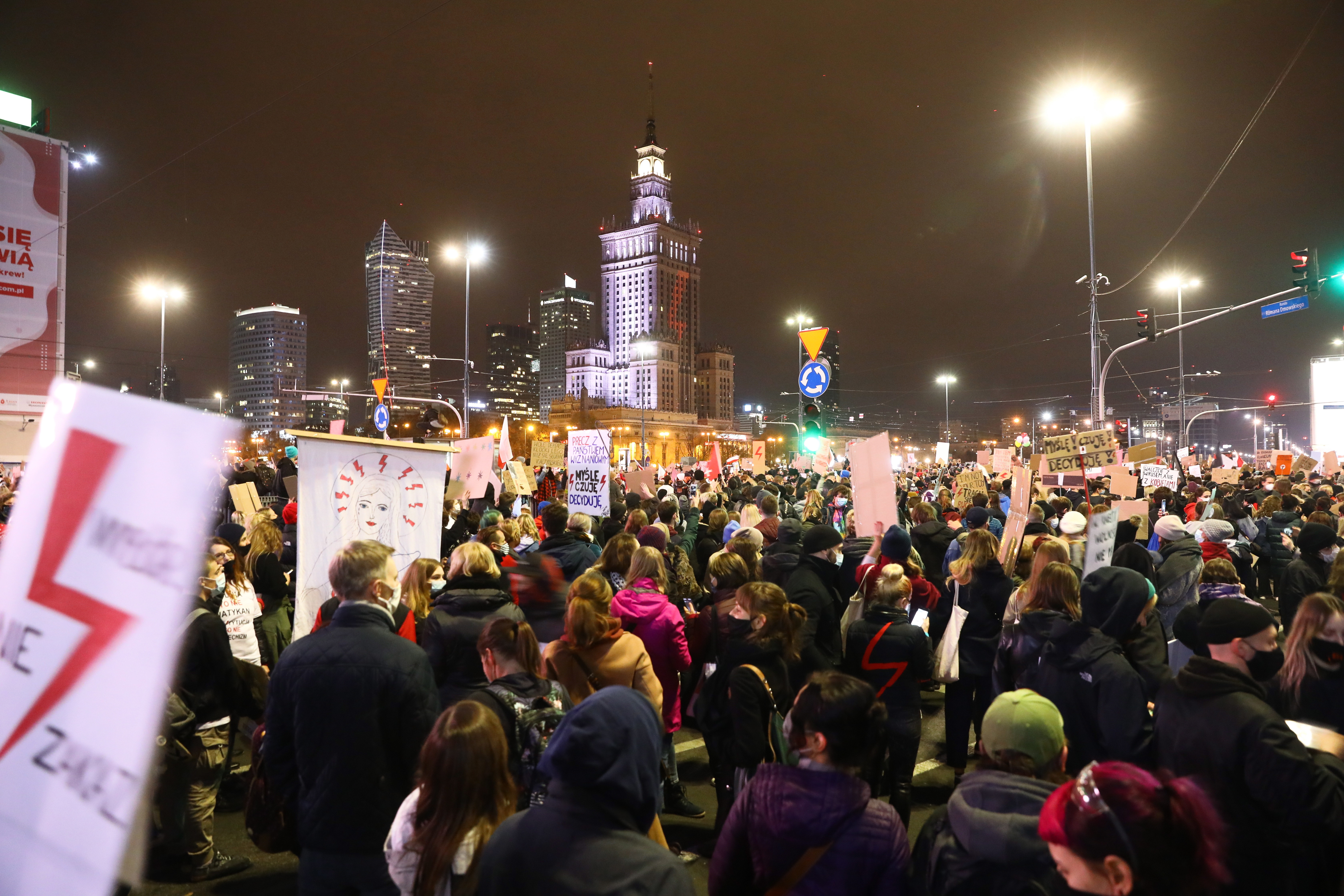 The Left MP Agnieszka Dziemianowicz-Bąk told PAP that two steps need to be taken to recover from the current crisis and to calm the public mood. "Firstly, adopt the law by the Left decriminalising abortion support, and then process a project that meets the will of at least 60 percent of Polish society, i.e. a project liberalising the anti-abortion law," she said.

The Constitutional Tribunal ruling followed a 2019 motion submitted to the court by 119 MPs, mostly from Law and Justice, the governing party. It unravelled an uneasy abortion compromise enshrined in a 1993 law, which had maintained a fragile balance between the opposing sides for nearly three decades.