The fathers of Poznań’s cathedral are joining in the Independence Day spirit by opening the sacral building’s usually off-limits Golden Chapel as a special treat for the city’s faithful on Poland’s big day on Sunday.

The unique opportunity to set foot in the exquisite chamber should excite visitors as it houses the richly decorated sarcophagus and 10th-century bones of Poland’s first Christian ruler Mieszko I and first king Bolesław the Brave.

Father Ireneusz Szwarc from the cathedral said in an interview with PAP: “Visitors to the cathedral often ask if they can enter the Golden Chapel. Generally, we don’t let people in there because of the high historical value of the place, but we will make an exception on November 11.

“On such an important holiday everyone who celebrates mass at midday will be able to enter the chapel,” the cleric added. 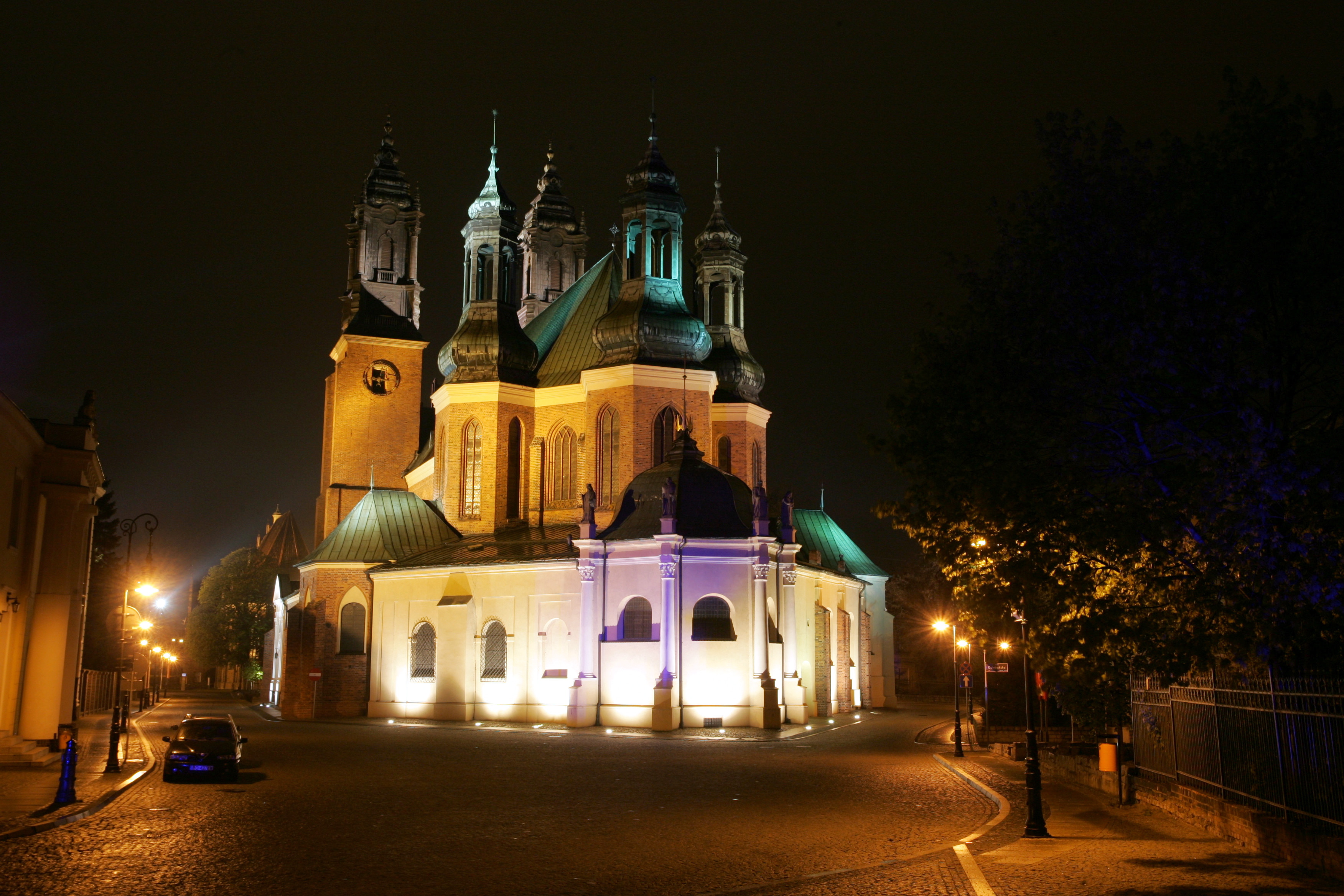 Poznań Cathedral stands on the historic island of Ostrow Tumski, the site of the first cathedral in Poland.Adam Ciereszko/PAP

The graves of most of these early rulers are underground; however, in the 19th century a mausoleum of great splendour, the Golden Chapel, was created for the two earliest rulers.

The beautifully decorated hexagonal chapel was designed in the Byzantium style as in those days it was believed the beginnings of the Polish state stretched back further and that the nascent polity had strong connections with the Eastern Roman Empire. 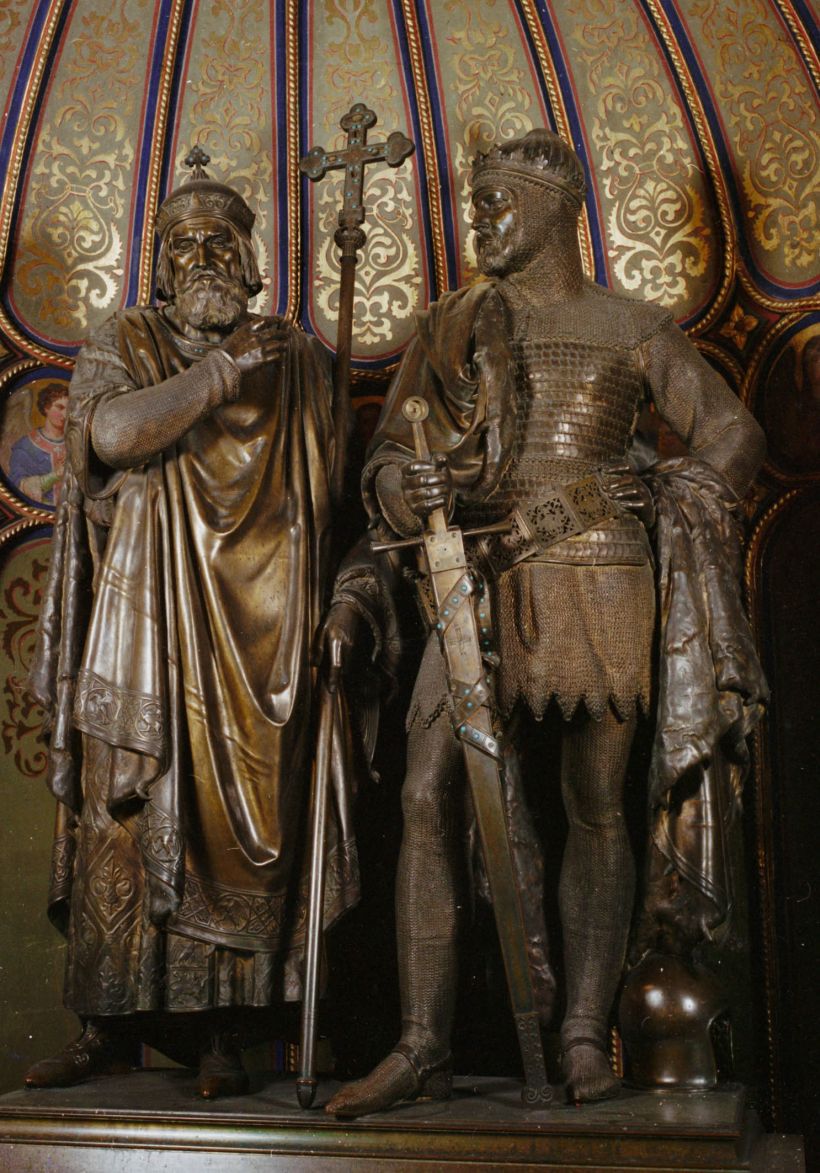 The statue of Mieszko I and Bolesław the Brave is a focal point of the chapel.Jan Morek/PAP

Father Ireneusz added that chapel is opened very rarely and only in exceptional situations. “In recent times, the celebration of the 1050th anniversary of the baptism of Poland was one such occasion,” he said.

The idea to build the Golden Chapel in Poznan goes back to 1790 when the southern tower of the cathedral collapsed damaging the graves of Bolesław and Mieszko.

The church elders had to sit through two further partitions and the Napoleonic wars until Poznań settled into Prussian hands and permission was finally given for the chapel.

The main building work took place from1836-37, while furnishings of the chapel created in the Byzantine style were completed in the following years. 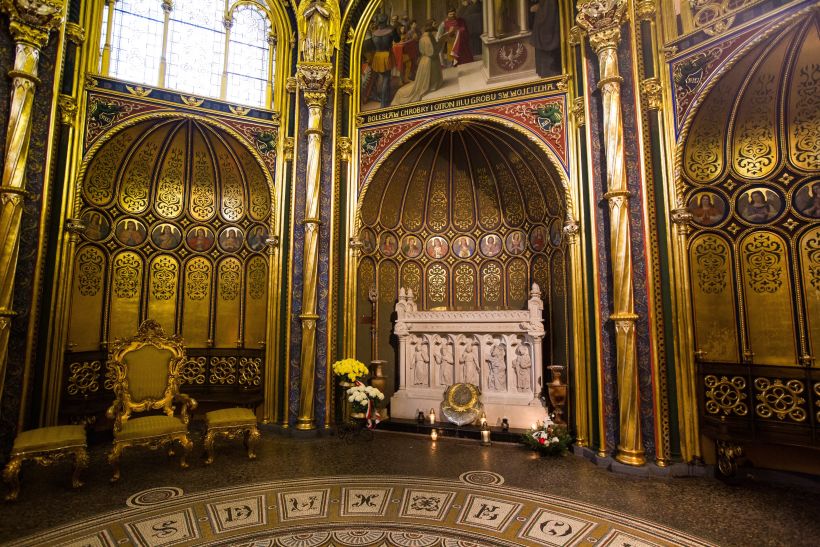 The reason it’s called the Golden Chapel. The main building work on the chapel took place between 1836-37.Marek Zakrzewski/PAP

Inside the heavily gilded chapel is an ornately carved sarcophagus with the remains of prince Mieszko I and King Bolesław the Brave, which sits opposite an impressive bronze monument of both rulers. There is also an altar with a painting of Our Lady of the Assumption.

The figure of God the Father and images of Polish saints are painted on the stunning and complex vaultings, while the intricate mosaic floor in the chapel is the work of Venetian artist Liborio Salandri.