US Secretary of State Mike Pompeo will be in Warsaw this week to discuss energy and security in the region amid global competition between America, China and Russia.

The visit is part of a Central European tour, which began with Budapest on February 11, followed by Bratislava.

The visit coincides with the anniversary of the fall of communism in Poland and its Central European neighbours in 1989.

“The Secretary will call attention to what we are – were fighting for in 1989: freedom, individual liberty, free markets,” according to a preview of Pompeo’s visit on the State Department’s website.

In the context of international competition for influence in Central Europe, he will highlight America’s continued engagement in the region and “encourage US allies to strengthen their resistance to Russia and China across the board in commerce, energy, security, and rule of law”, it adds.

After arriving in Warsaw on 12 February, Pompeo will meet with his Polish counterpart, Minister of Foreign Affairs Jacek Czaputowicz to discuss energy and security. 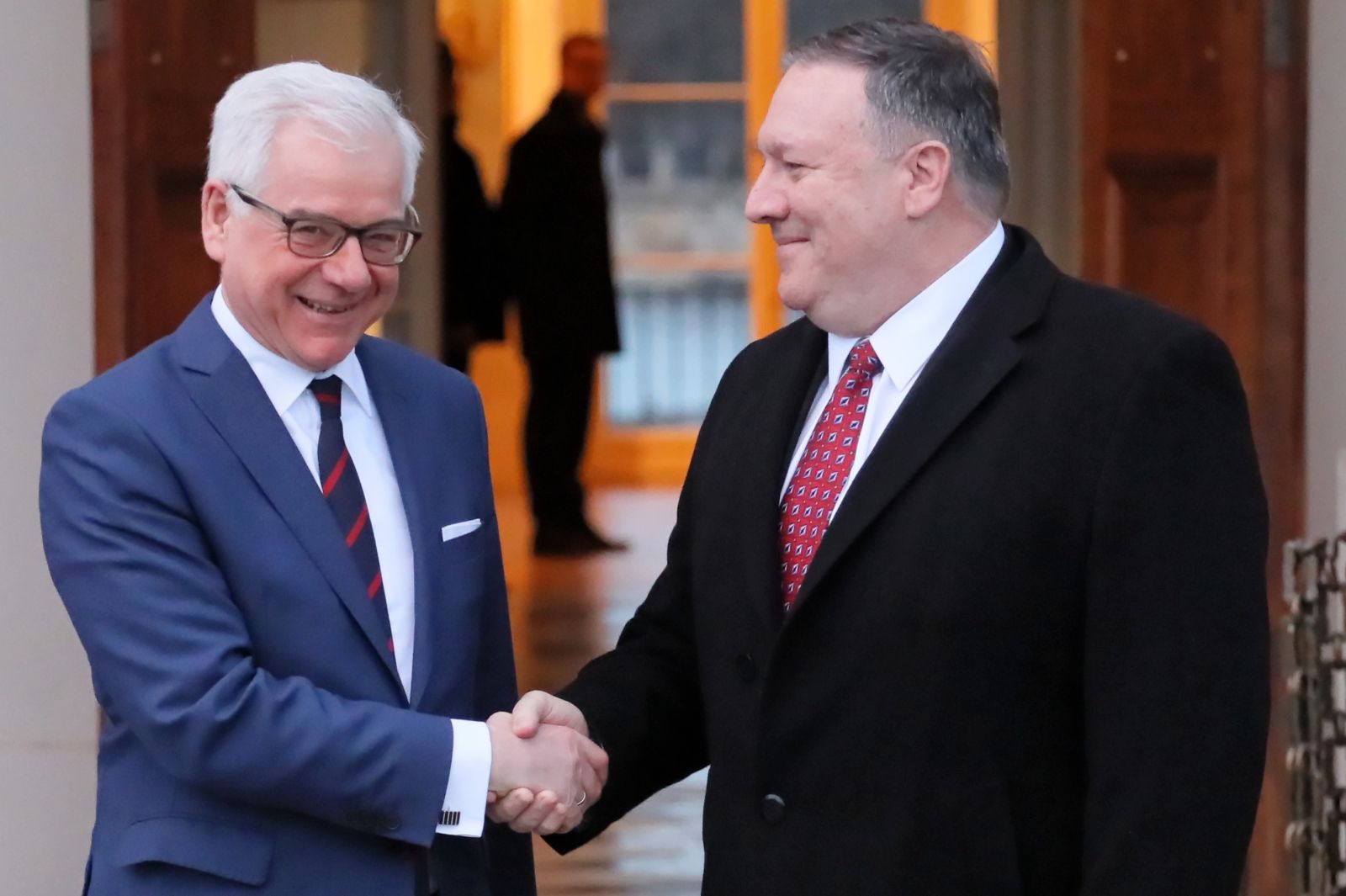 A statement from the US and Polish governments said that the meeting “underscores the close strategic partnership between the United States and Poland, which advances our common interests in promoting international peace and security.”Paweł Supernak/PAP

He will also co-host with Poland the Ministerial to Promote a Future of Peace and Security in the Middle East behing held in Warsaw on 13-14 February.

According to a statement by the American and Polish governments, the meeting spanning issues from extremism to missile development “will be a forum for countries concerned about instability in the region to share their assessments and offer ideas on a better way forward”.

It also “underscores the close strategic partnership between the United States and Poland, which advances our common interests in promoting international peace and security”, the statement adds.

From Poland, Pompeo will travel to Brussels, where he will discuss US-EU cooperation with EU High Representative for Foreign Affairs and Security Policy Frederica Mogherini.

Born in California in 1963, Pompeo took over as Secretary of State in April 2018, succeeding Rex Tillerson. He is the 70th person to hold the post.