Polska Britannica: Intimate and beautiful photos that lay hidden for over 40 years have premiered inside a powerful documentary album

Sat hidden in a drawer for over forty years, photographs taken by Czesław Siegieda documenting the lives of Britain’s Polish community in the late 70s have found themselves the subject of wide acclaim after being released in a lovingly rendered book exploring the life and times of this displaced group.

Born in 1954 in a resettlement camp for Poles in the county of Leicestershire, Siegieda’s love affair with photography began at an early age when he was gifted a Kodak Instamatic – by the age of thirteen, the budding snapper had built himself a dark room. “I had no idea what I was doing at the time,” he remembers, “but I became fixated on photography.” 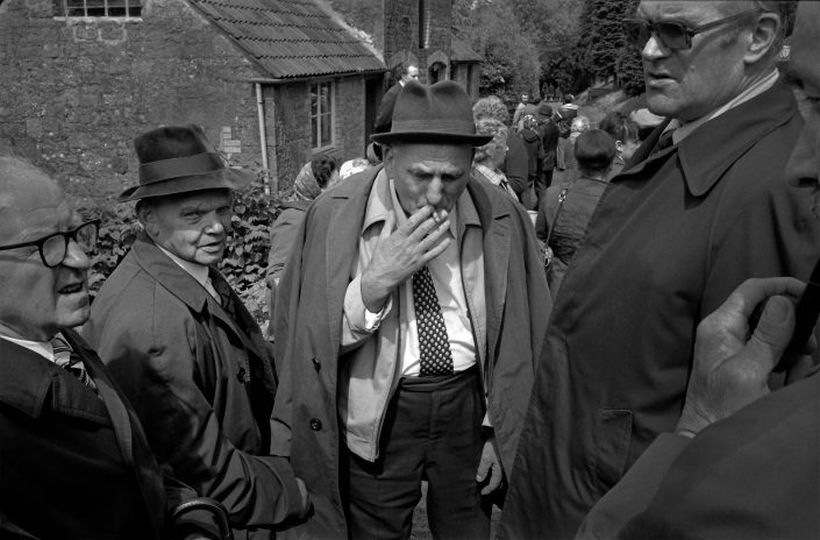 The photographs document the social and cultural lives of the Polish community in exile in Loughborough and nearby villages.Czesław Siegieda

It was a passion that didn’t fade with age and having left school he was accepted into Nottingham’s acclaimed Trent Polytechnic School of Creative Photography where he found himself inspired by visiting lecturers such as Martin Parr – later, it would be Parr that would pen the foreword to Siegieda’s book, Polska Britannica. 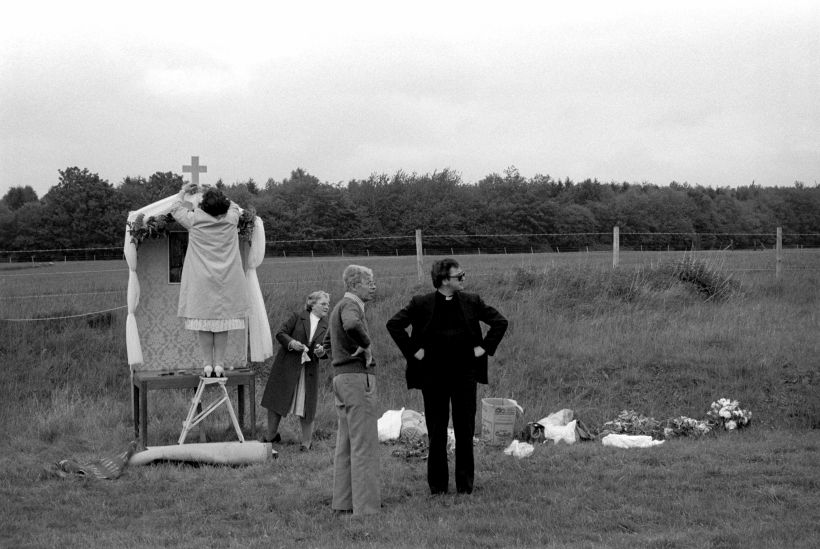 “Rarely,” notes Parr, “do you encounter a project of such empathy and thoroughness and I am delighted that, forty years after they were taken, these images are finally being published in this handsome book.”

First meeting in a camp for Polish refugees in Burton on the Wolds, Siegieda’s parents, Helena, who had survived a wartime stint in Soviet captivity, and Mieczysław, who had fought at Monte Cassino, moved to a terraced house in Loughborough in 1957 and found employment, respectively, in a factory and a foundry. 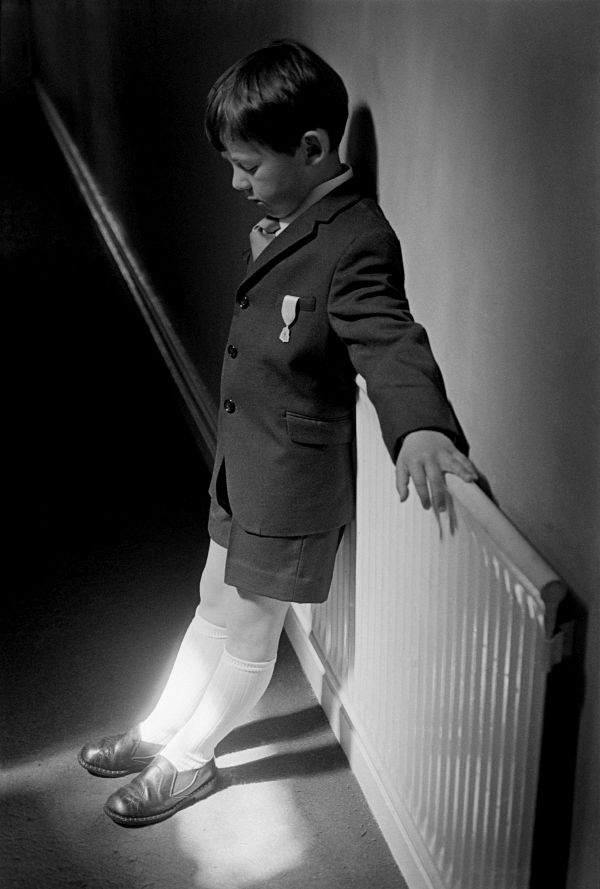 Life was by no means easy. “For many of those who had arrived as adults,” writes historian Jane Rogoyska in the book, “the transition to British life was never fully made: speaking little English, they could not access the opportunities open to those with language skills.” 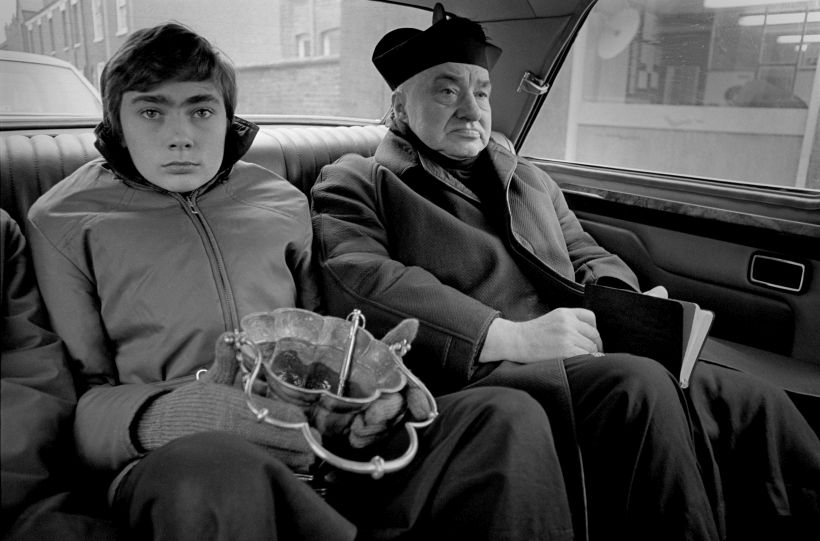 Priest on his way to a funeral, Loughborough, EnglandCzesław Siegieda

When his father was killed in a motorbike accident three weeks before his son’s tenth birthday, Siegieda found himself cruelly catapulted into the adult world.

“All of a sudden,” he tells TFN, “I was the man of the house and had to act as a translator whilst my mother dealt with funeral directors.” Traumatic as this chapter in life must have been, it also proved to be a catalyst. 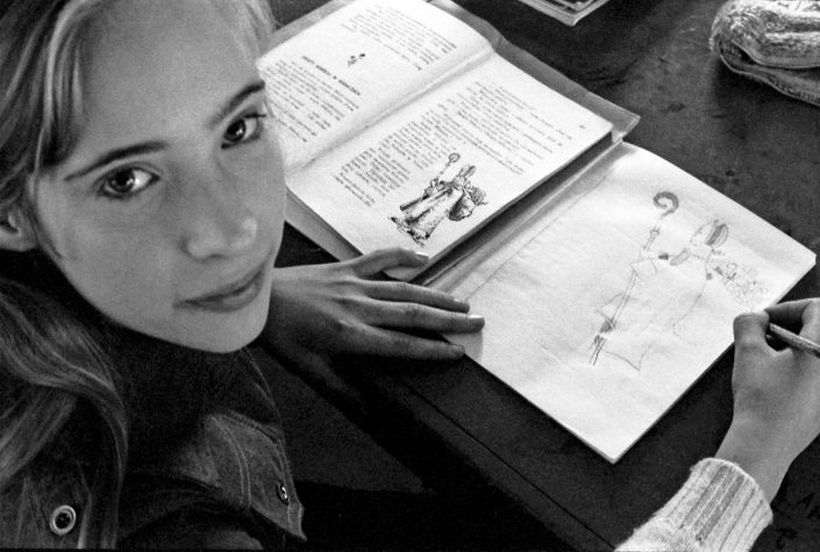 A morning school held on Saturdays for British-born children of Polish families taught them Polish history, geography, religion and the Polish language.Czesław Siegieda

“I saw how fragile this generation was,” continues Siegieda. “My father’s death triggered an understanding that these people wouldn’t be around forever and as I grew older I realized I had a gift for photography that could be used to document what I saw: the customs, the traditions and the very way of life.” 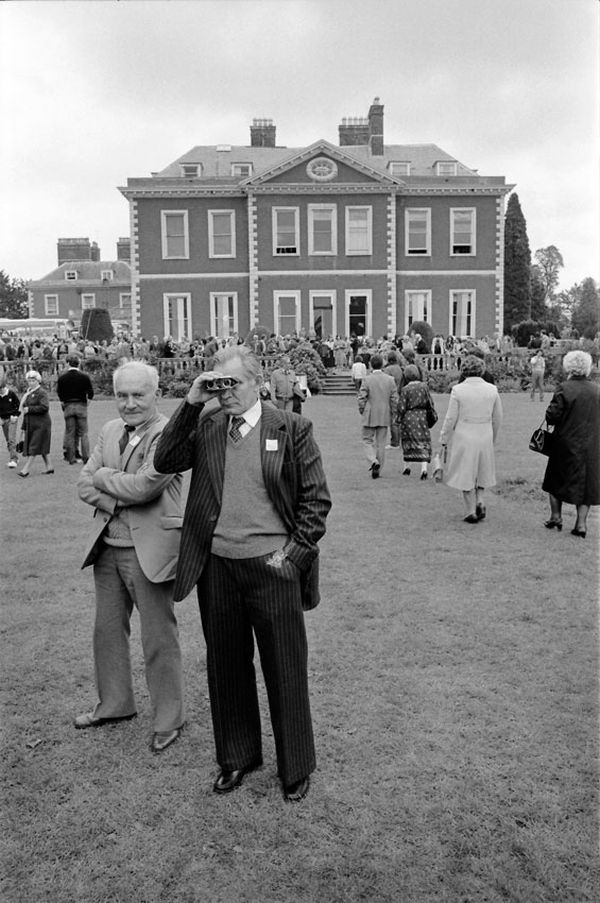 Fawley Court is a country house near Henley on Thames. In 1953 it was bought by the Marian Fathers, a Polish clerical congregation, to be used as a boarding school for boys of Polish descent. Czesław Siegieda

Doing so meant juggling two identities. Known as Czesław in his Polish circle, and Jan to everyone else, Siegieda’s upbringing was the definition of culturally schizophrenic.

“As a young person it didn’t bother me though,” he says. “At home we ate Polish food, went to Polish Catholic mass and attended the Polish club, but the moment I was at school I led a completely separate life and the two never clashed. It was only when people asked if I was Polish or English that I was ever really stuck for an answer – now, I look back and think I simply took the best aspects from both!” 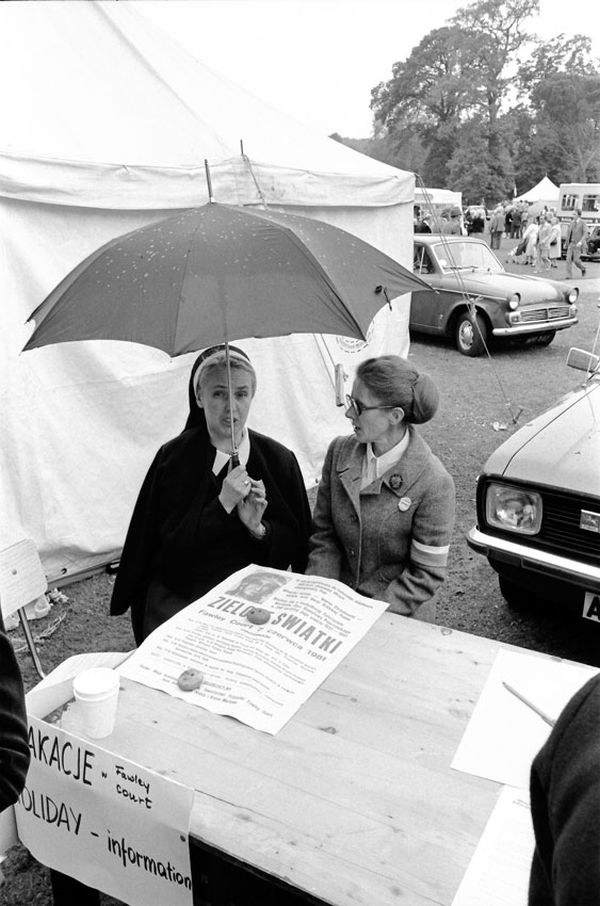 Shot principally between 1974 and 1981, the images contained in Polska Britannica were taken on two second-hand cameras that Siegieda fondly describes as his “workhorses”. Relying on a Nikon F for solemn occasions that required an element of discretion and stealth (“Even the shiny bits were wrapped up in black gaffer tape so I could keep a low profile”), and a Leica M2, his strategy was straight forward. 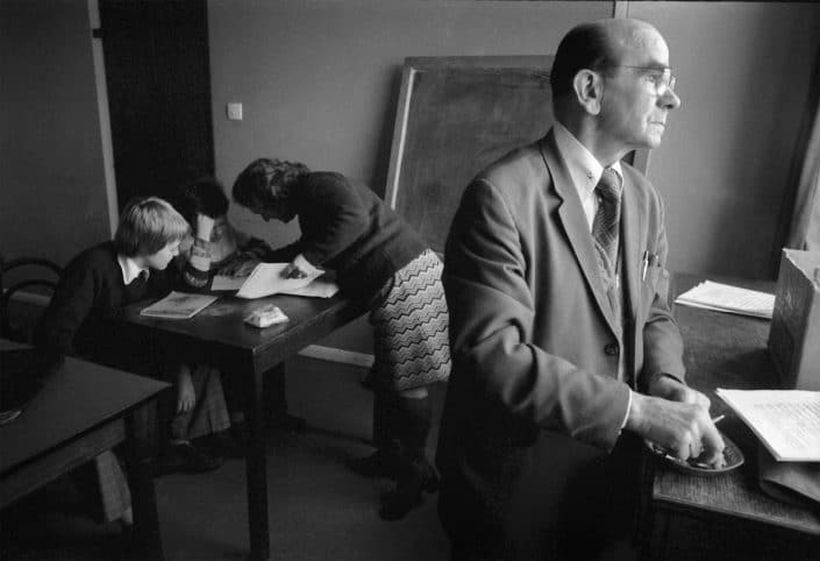 The photos have now found themselves the subject of wide acclaim after being released in a lovingly rendered book exploring the life and times of this displaced group.Czesław Siegieda

“Don’t ask people permission, fill the frame, and get the shot,” he tells TFN, “that’s what went through my mind.” Of course, this was not as simple as it might otherwise sound. “You’re talking about pre-digital days,” says Siegieda, “so every picture had to count. As such, I’d watch and hunt for the right chance to come along; I quickly learned to sense when an image was taking shape in front of me.”

Only once did he find himself castigated whilst prowling for photographic opportunities. “I was at a festival at Pitsford Hall when this classic Polish old boy approached me and told me off for mistreating my Leica,” he laughs. “I was wearing it over my shoulder and clattering into things so he came up to me and warned me that a Leica should be awarded the utmost care – as if it were a beautiful woman!” 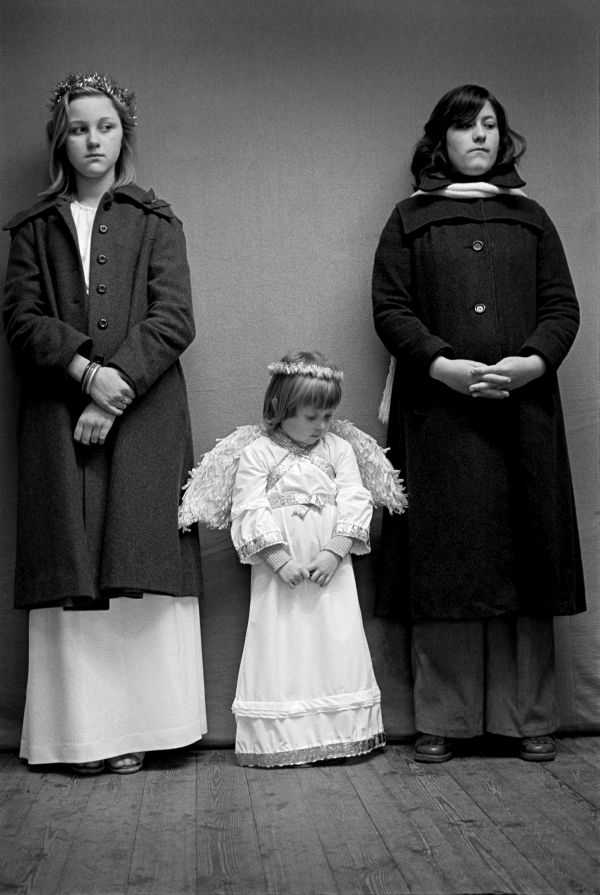 With his reputation rising, Siegieda’s photographs earned him an exhibition at London’s Half Moon Gallery in 1978. Though organized on a modest budget, its success saw it taken on the road and subsequently displayed in half a dozen British cities, among them his hometown of Loughborough – but what should have been one of the great triumphs of his life thus far transpired to be anything but. 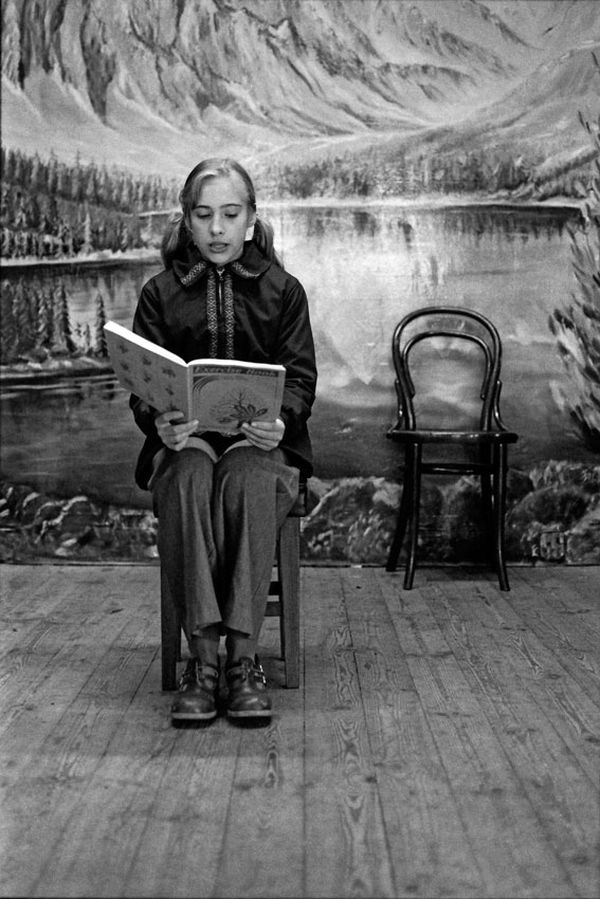 An integral part of keeping the flame of Polish freedom alive in exile was a struggle to maintain Polishness in the new generation.Czesław Siegieda

“I was immensely proud that they were to be shown where I had grown up,” he says, “but what I hadn’t anticipated was how guarded my parents generation actually were. They’d worked hard to get on in their new lives; these were people who had kept themselves to themselves so they were mortified to then find their world exposed as part of a public exhibition – it was a hard lesson for me.” 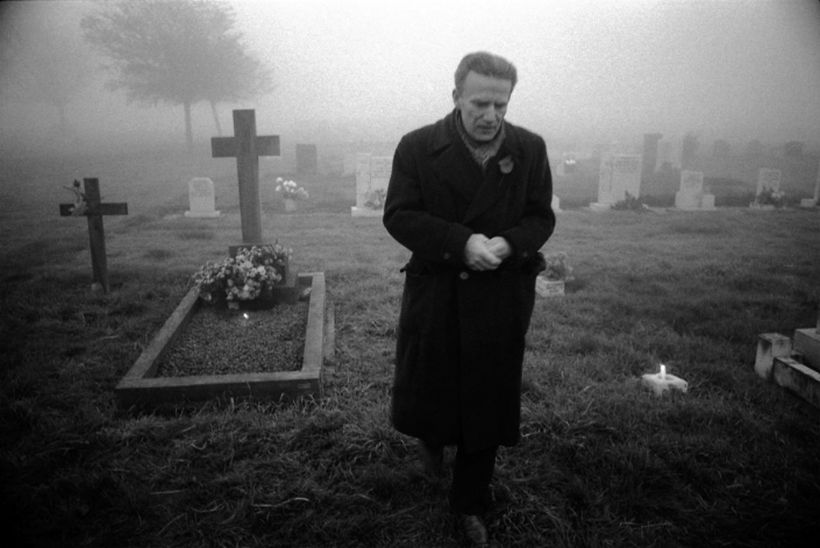 When his father was killed in a motorbike accident, Siegieda realised that because the generation wouldn’t be around forever he would preserve their memory through photography. Czesław Siegieda

Stung by the response, Siegieda continued photographing the Polish community but made a conscious decision to keep the results private until later down the line. Astonishingly, this would not be for several decades.

“Although the photographs in the book span predominantly from 1974 till 1981, the last image to appear is a picture I took of my mother six months before she passed away in 2015,” says Siegieda. It would be another two years before he would take the tentative step of reconnecting with the work of his youth. 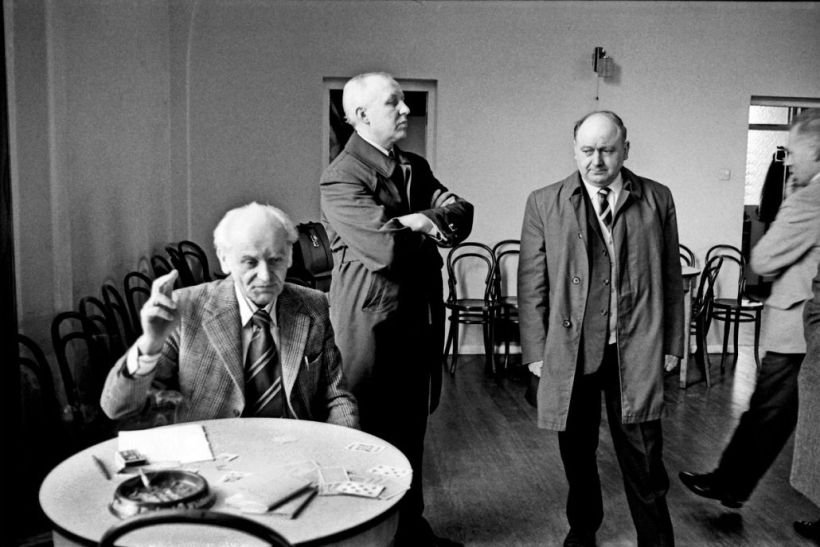 The Polish Social Club in Loughborough was founded in 1966. It became the centre of social and cultural life for the Polish community in exile in Loughborough and nearby villages.Czesław Siegieda

“Opening that drawer again was a thrilling adventure,” he says. “These were small thumbnails, just 24 by 36 millimetres, so even though I had taken these pictures myself, when I scanned them it felt like I was viewing many for the first time.” 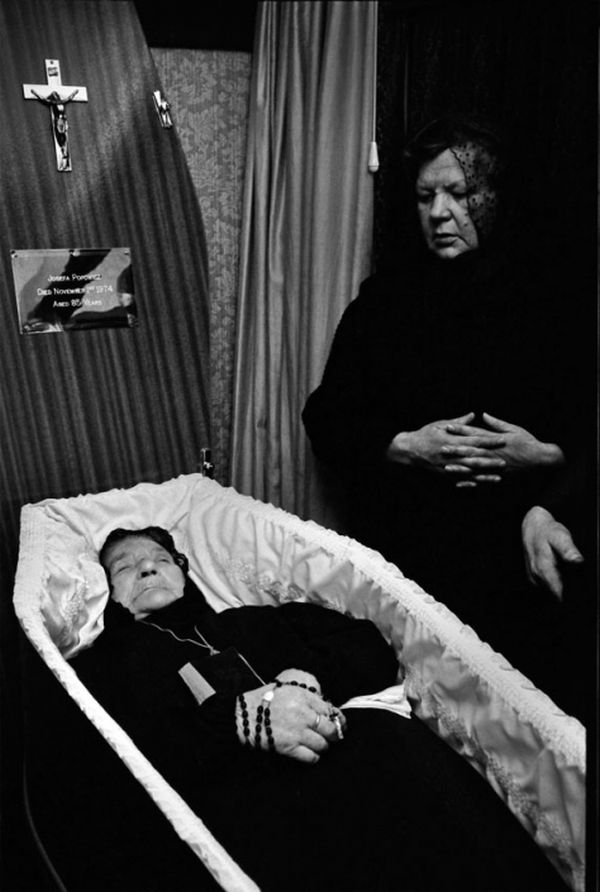 Siegieda relied on his Nikon F for solemn occasions that required an element of discretion and sensitivity. Czesław Siegieda

Intrigued by how others would receive them, Siegieda then contacted his former mentor, Martin Parr. “He was bowled over, and it was Martin that encouraged me to make them more widely available.”

Quickly snowballing from thereon, an exhibition followed and was this time greeted with blanket praise from fellow documentary photographers, collectors, critics and also – most importantly – by members of the Polish diaspora. 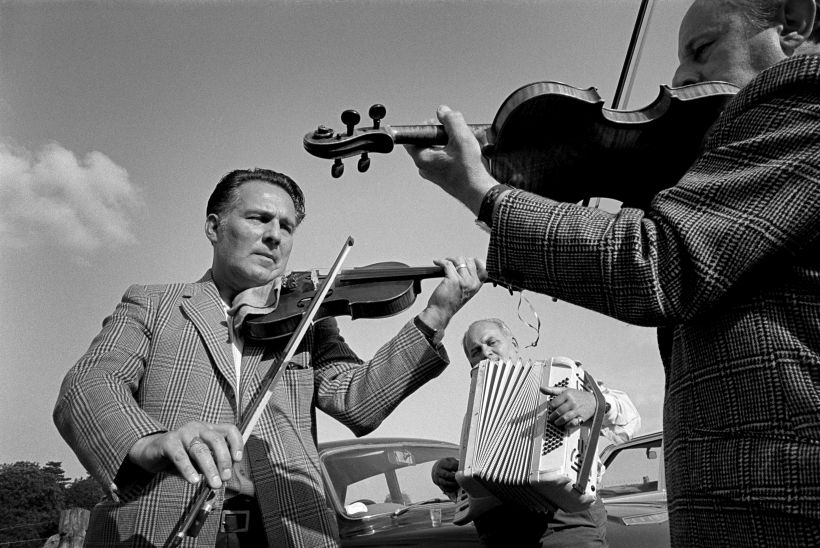 The Polish Social Club became a place where Polish culture and history was kept alive and where Polish identity and independence were maintained.Czesław Siegieda

“I genuinely didn’t know what the reaction would be,” he says, “but I found myself getting incredible feedback from the second generation of British Poles that remember these times. Some have recognized their parents, others their friends. All have been completely warm, supportive and appreciative of this project.” 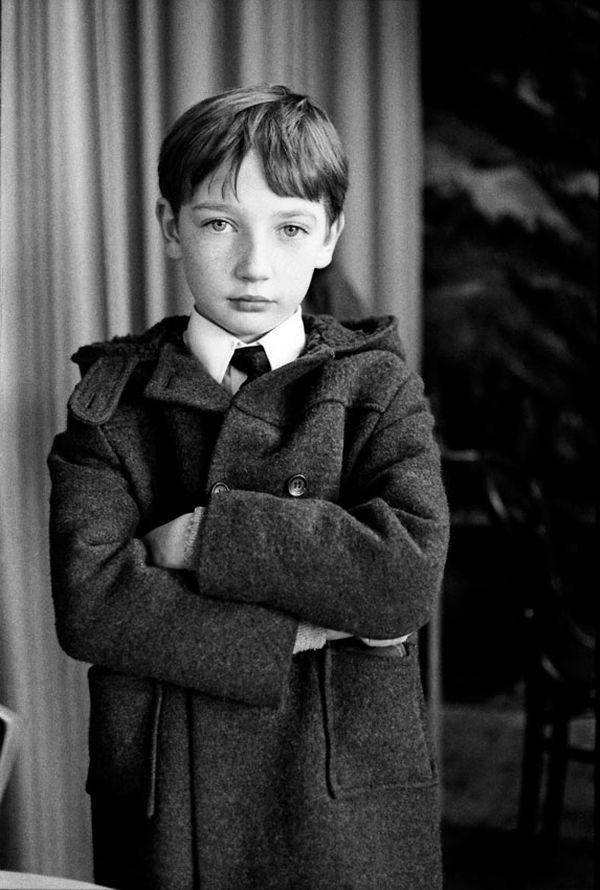 Having already been spotlighted by The Guardian and the British Journal of Photography, the ensuing applause that Polska Britannica has garnered has arrived as an entirely unexpected bonus.

“I’m absolutely humbled,” says Siegieda. “I enjoyed taking the photographs and loved putting the book together but the attention from the press has been just fantastic. It’s unbelievable if I’m honest and very flattering. But above all of that though, I’m so glad to have made people aware of this overlooked generation.” 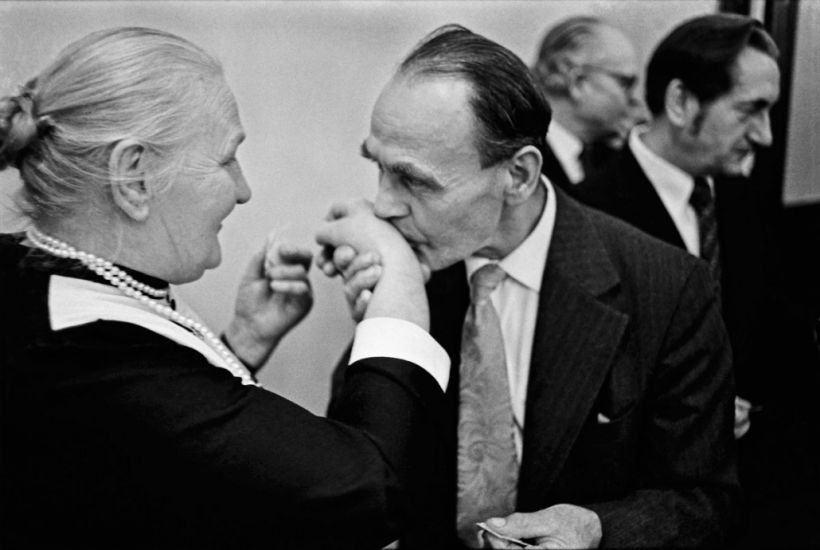 With shipping of the book beginning two days ago on Monday, more plaudits are likely to follow and rightfully so.

More than a glimpse into a bygone time, Polska Britannica is a tender, gentle hymn to those that endured challenges beyond our comprehension before starting anew in an alien land – this is their story. 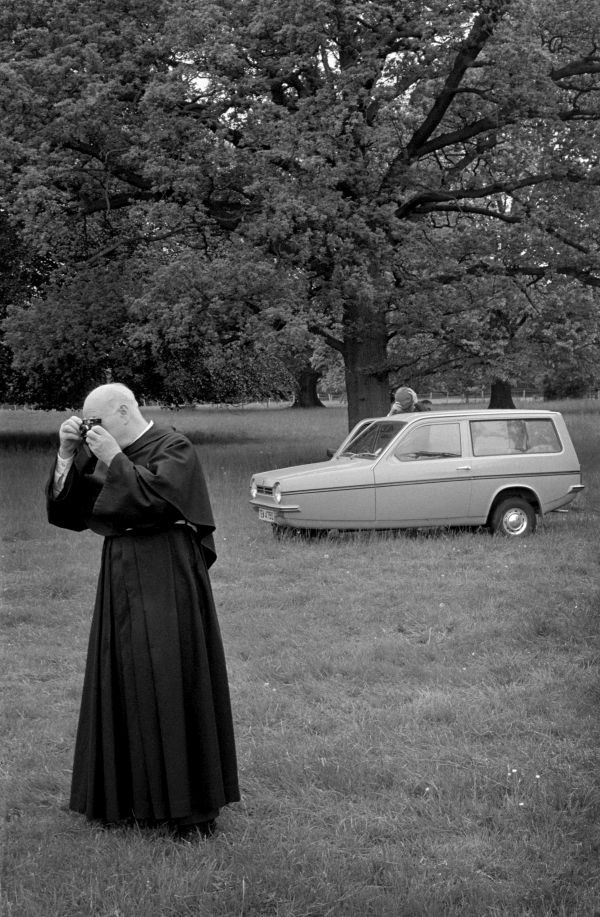