In a heart-warming gesture of solidarity with Ukrainian mums fleeing Russia’s invasion, Polish women have been leaving prams for them at railway and bus stations.

As fighting intensifies, over 1 million people have now crossed the border into Poland.

Mainly women and children, the vast majority of the refugees have been arriving at the Medyka border crossing near the city of Przemyśl, where last week photographer Francesco Malavolta snapped seven prams lined up on the platform.

Since going viral, the idea has now spread to other cities alongside collections and fundraising initiatives for baby car seats and baby carriers as well as home appliances for toddlers such as bathtubs, rockers and potties.

On March 3, the Provincial Public Library in Krakow posted on Facebook that 100 baby strollers, 50 car seats and 30 cots had been delivered. 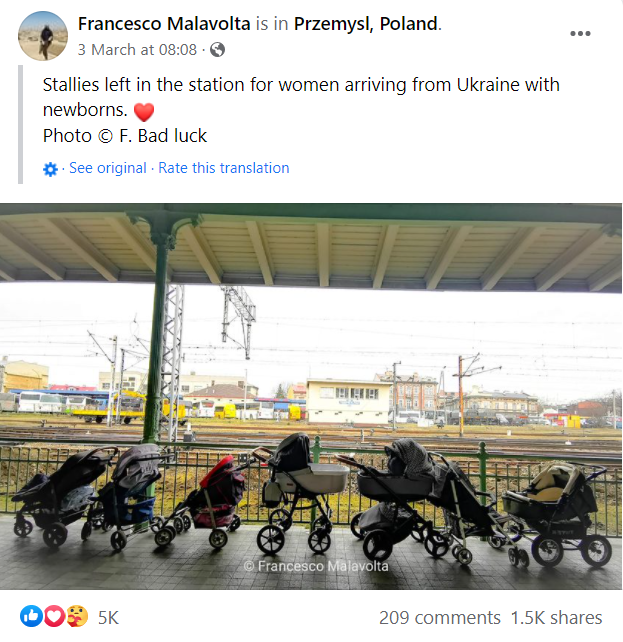 The vast majority of the refugees have been arriving at the Medyka border crossing near the city of Przemyśl, where last week photographer Francesco Malavolta snapped seven prams lined up on the platform.Francesco Malavolta/Twitter

Collections have also been organized at the headquarters of the Łódź Business Club.

Social activist Agnieszka Wojciechowska van Heukelom said in an interview with Radio Łódź: "Already in the first hour, we collected a lot of equipment for toddlers.

“For me, this war has a child's face and I just thought that you need to secure them - first of all, the toddlers who come from the border should go in car seats, and not in their mothers' hands for many hours.

And secondly, these little children must also sleep in appropriate beds and they must also have prams.” 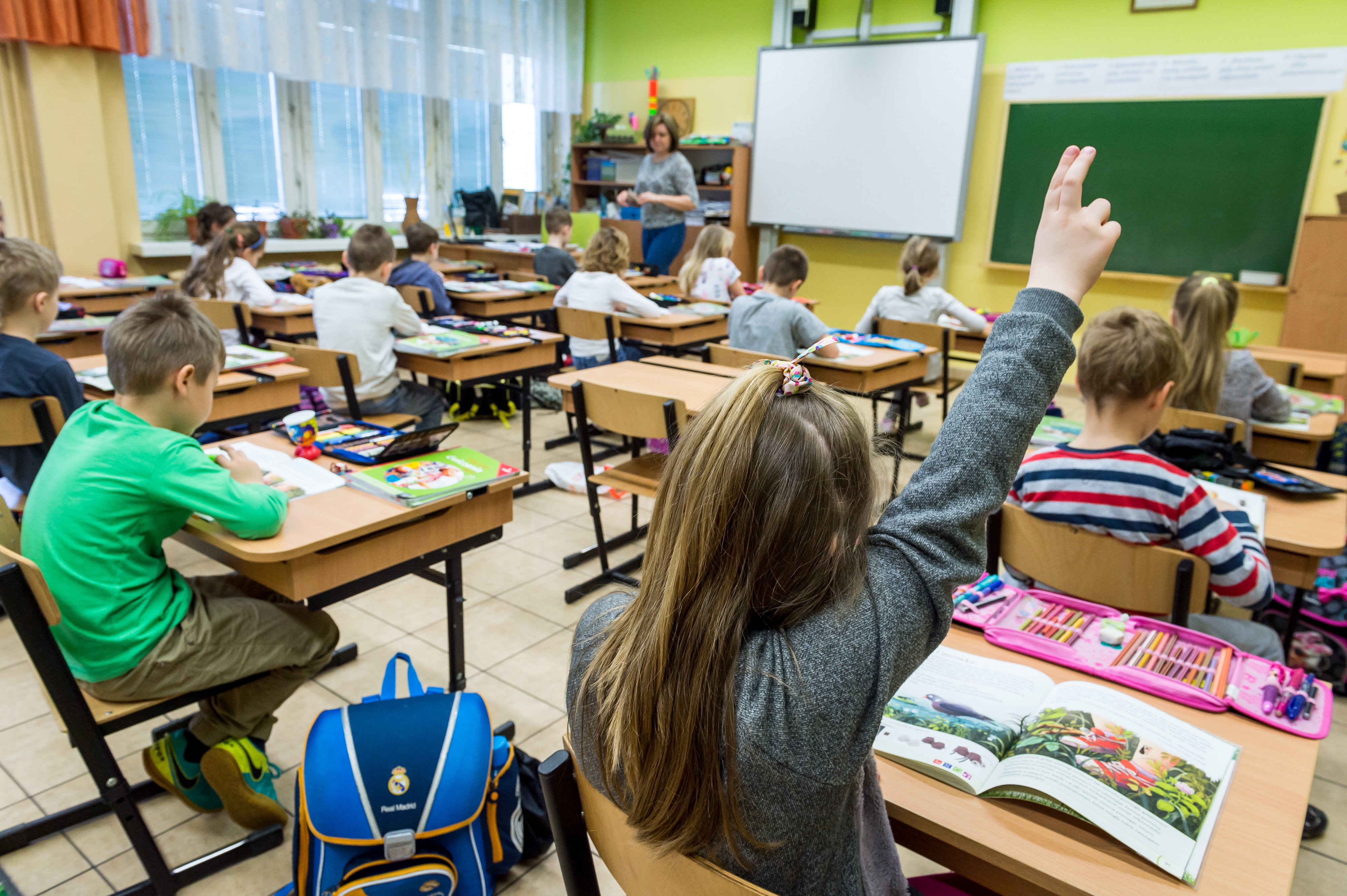 In addition, hundreds of thousands of Ukrainian children could apply to join the Polish school system, a deputy education minister has said.Tytus Żmijewski/PAP

In addition, hundreds of thousands of Ukrainian children could apply to join the Polish school system, a deputy education minister has said.

Dariusz Piontkowski told a press conference on Monday that several thousand Ukrainian children had already signed up to schools across Poland.

"So far, there are not too many such applications nationwide, but we expect that in the next few or several days these numbers will reach tens or even hundreds of thousands," he said.

Piontkowski added that Ukrainian children need to be "flexibly and efficiently adapted to the Polish education system," and therefore, to bridge the differences between the curriculum of Polish and Ukrainian schools, special preparatory departments will be established at Polish schools, where Ukrainian children will also learn Polish.

He also said that the ministry would like to hire so-called teacher's assistants who know Ukrainian or Russian, and at least basic Polish and could act as interpreters.

According to Piontkowski, the education ministry is also planning measures to facilitate access to Polish higher education institutions for students from Ukraine who would like to continue their studies in Poland.