Breath-taking yet deadly the Georgian peak of Mount Kazbek saw its first year without fatalities in 2018, thanks to Polish mountain rescue volunteers who set up a medical point at 3,650 meters above sea level.

From their base of several tents that is Camp Meteo, located next to the last shelter before the summit, they answer the calls of wayward tourists, who have underestimated the difficulty of the climb.

Mount Kazbek can be reached by an east two-hour drive from Tbilisi, Georgia’s capital, and is one of the best known tourist attractions in the country. The peak is also especially popular among Poles. Visitors tend to forget that at 5,047 metres high, Kazbek is a real challenge.  Its summit, covered by a glacier, is almost as high as the Mount Everest’s base camp, so altitude sickness is a real danger and weather conditions can change at any time.

Marcin Błeński from the Medyk Rescue Team Foundation, the coordinator of the initiative, summed up this year’s operations: “It’s the third season of the Safe Kazbek (Bezpieczny Kazbek) project, the fifth season of our presence there as a foundation. This year had 291 interventions, mostly medical, over 20 rescue missions in the field, over a dozen helicopter evacuations and others by horse. A lot, really a lot.”

The Polish guardian angels of Mount Kazbek, who helped prevent any deaths this year, were inspired to set up their mission by the accidents that befell many inexperienced climbers, roughly half of them coming from Poland. In recent years there was always at least one death every season, but usually it was closer to four or five. 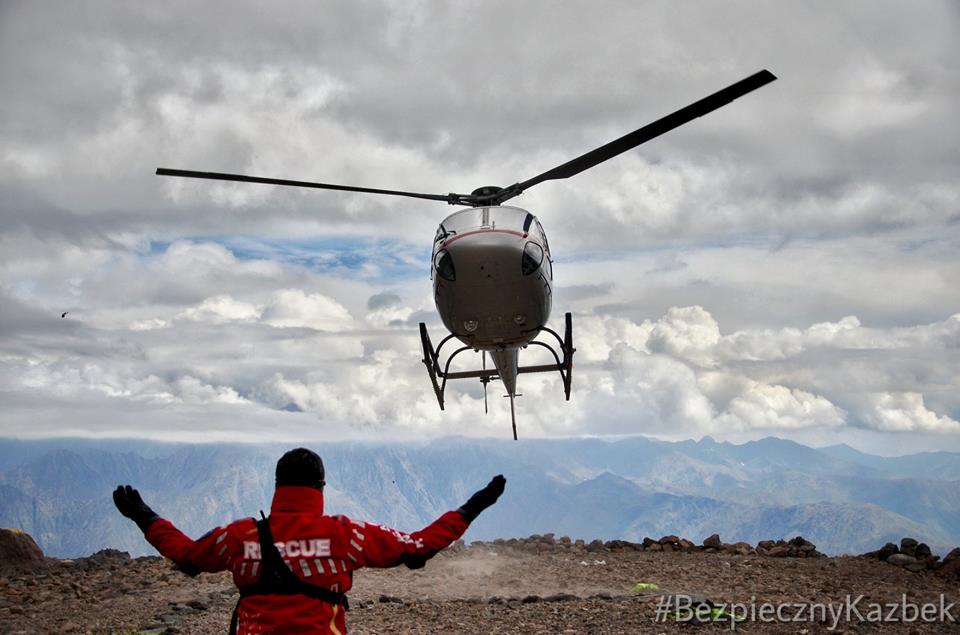 This year the team was involved in 291 interventions, mostly medical, over 20 rescue missions in the field, over a dozen helicopter evacuations.Bezpieczny Kazbek/Facebook

“There are two groups of unprepared people here,” said Błeński. “One group is of people who have an absolute lack of knowledge about moving around in high mountains, therefore they are not prepared for acclimatization, and they don’t take acclimatization stops, and are not aware of the possible threats from it.

“Rescue is just one part of our service, but most of all is that we're talking to people.”

In 2015 a Polish couple attempted to climb the mountain. On July 31 they crossed the Russian-Georgian boarder via the Cminda crossing in order to climb from the southern approach. Common sense should have dictated that they took precautions, but they were not roped together.

The man was walking a short distance in front of the woman, and, according to him, the 33-year-old disappeared in an instance and was nowhere to be found. The rescue mission carried out by both Russian and Georgian teams with helicopters was unsuccessful. Her body was never found and missing posters can still be found in Kazbek’s vicinity.

In 2006 two priests, who were also climbers, Dariusz Sańko and Szymon Klimaszewski, were found dead after going missing while climbing Kazbek. 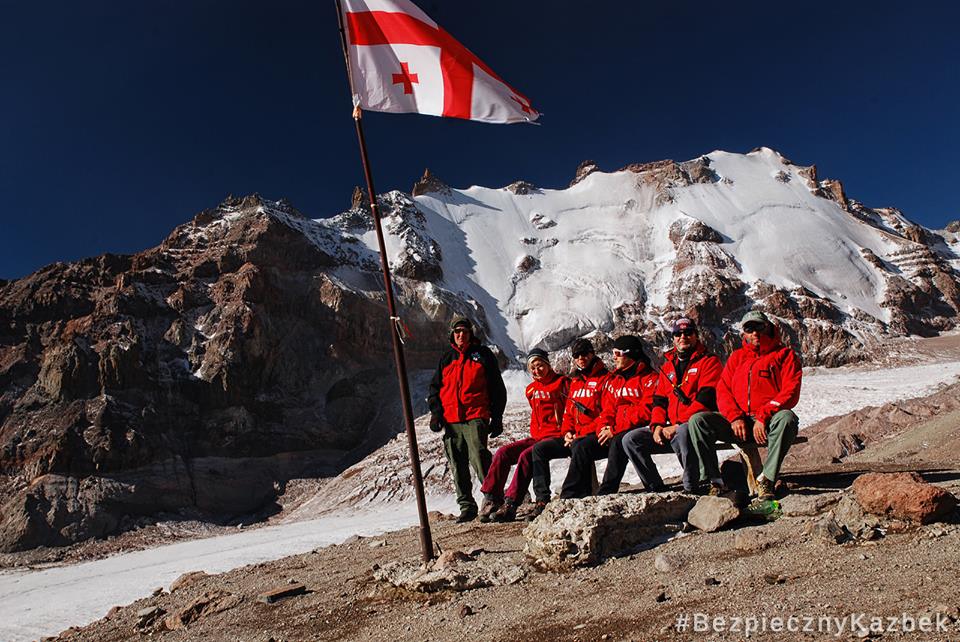 In the team are professional mountain rescue personnel, also medical personal, such as paramedics, doctors and nurses with experience of high mountains.Bezpieczny Kazbek/Facebook

Last year Krzysztof Mikołajczak, a 42-year-old judge from Poznań, succeeded in climbing the mountain but his health started to deteriorate on the descent, due to altitude sickness. The climber was too high to be reached by medics in time and even evacuation by helicopter was not enough to save his life.

These are just some of the tragedies that took place on the mountain. In Georgian folklore, Kazbek is believed to be the location of Amirani’s – local version of Prometheus imprisonment and punishment -- yet life and death struggles are preventable.

Błeński described the origins of the Safe Kazbek project: “For two years in a row, 2014 and 2015, we flew there on requests from families or because there was a great need to look for the bodies of dead Poles. During those operations we spent a lot of time speaking to the consul at the Polish embassy, who was responsible for the safety of Polish citizens abroad. That’s when the idea was born; to act preventively, since the number of Polish accidents on Kazbek was terrifying.”

Now, thanks to the cooperation with the Polish embassy, equipment partners and, most importantly, the volunteers who commit their free time and skill, during the summer season there is a medical point prepared to save lives at over 3,500 meters, complete with ultrasound and electrocardiogram equipment.

The members of Safe Kazbek team are meticulously recruited and trained before departing for the Caucasus. Among them are professional mountain rescue personnel, but also medical personal, such as paramedics, doctors and nurses with experience of high mountains. 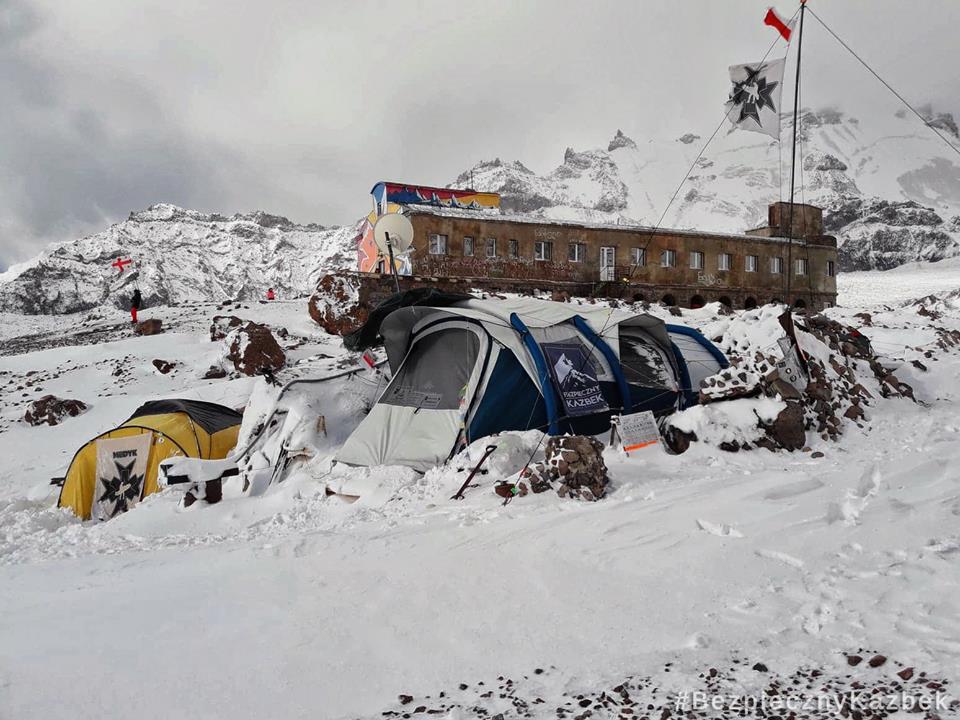 The unpredictable weather can be a killer on the mountain.Bezpieczny Kazbek/Facebook

“The whole project is 100-percent volunteer based, we have no financial partners,” said Błeński. “Some of the costs are even covered by the rescuers themselves. They not only go to Georgia for three week shifts but they commit their time, take days off at work and give up vacation plans with their families; they must also pay for their own tickets.”

“When it comes to the local structures and people on the ground we have a good and close relationship, with a clear division of responsibilities and it works very well,” he continued. “We have no support at a central or ministerial level though. The Georgians are proud mountain people, who believe anyone entering the Caucasus should understand the risks and should be prepared to take care of themselves.

“Officially, they don’t see the problem,” explained Błeński. “That’s the answer we received. (…) It is also a question of mentality. The Georgian rescuers don’t see the correlation between rescue and medicine. These are two completely separate things for them.”

Approximately 60-70 percent of incidents on Kazbek being caused by altitude sickness while others are caused by unpredictable weather patterns and the ubiquitous and treacherous crevasses, common in the seismically active area.

There are also unpredictable events.

In one case from July this year, a team had to take to the mountain to rescue a man who had been struck by lightning. 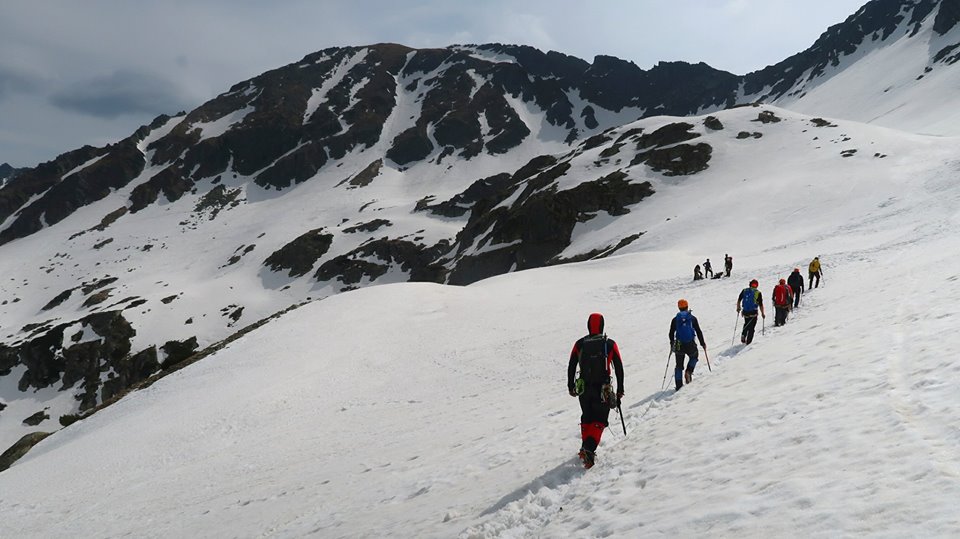 The volunteers not only go to Georgia for three week shifts but they commit their time, take days off at work and give up vacation plans with their families; they must also pay for their own tickets.Bezpieczny Kazbek/Facebook

“Due to a raging storm and after receiving more details about the victim, the decision was made to spend the night in a tent at 4,300 metres,” the team wrote on the Facebook page. “One of the rescuers, along with a Georgian guide, helped the victim and prepared him to survive the night.”

The next day the victim, who had burns to his head, was transported to safety. He had also suffered a cardiac arrest and had been revived by his rescuers.

The team’s efforts are not unappreciated. Their fundraiser page on the Polish portal pomagam.pl and Facebook fanpage include comments from tourists who have come home safely thanks to the team.

“There are no words to describe how grateful I am for everything you guys have done for me,” wrote Iouri Saroukhanov wrote on August 24. “I am now back home, in good health, but if it was not for you, things could have been very different. Best of luck to the whole team, and please keep doing your amazing job. Iouri.”

This year’s Safe Kazbek mission is already finished, the last of the rescuers closed the camp and came back home on October 6 with the assistance of a Georgian police helicopter and the Polish Air Force. Their educational activities are not over though in order to prepare the next wave of tourists to Kazbek next year. You can follow and support the project on their Facebook page.

Building bridges from Sejny to the world