Polish firms are well ahead of their Western European rivals in areas such as e-banking and start-up firms, according to participants at Polish Tech Day, a conference promoting Polish technology held in London on Friday.

Sławomir Lachowski, a former CEO of Poland's BRE Bank, who came up with the successful concept of the internet bank mBank, told PAP/The First News that technological and economic underdevelopment offered Poland a chance to make a giant leap and create business and operation models based on current technologies that better suited customers' needs.

"It was at that time that Inteligo and mBank were created, offering services to customers that were unavailable abroad," Lachowski told PAP/The First News. The former bank was launched in 2001 and the latter in 2000.

At the conference, Lachowski attended a panel discussion on "Fintech Nations: What digital banking in Poland, in the UK and Ireland can learn from each other." He stressed that Poland can offer the West its innovative banking products, whereas Poland can learn how to make its financial regulations more flexible, especially concerning fintech firms. Polish companies can also learn how to improve their marketing activities as "business is not only technology, but also the ability to sell it." 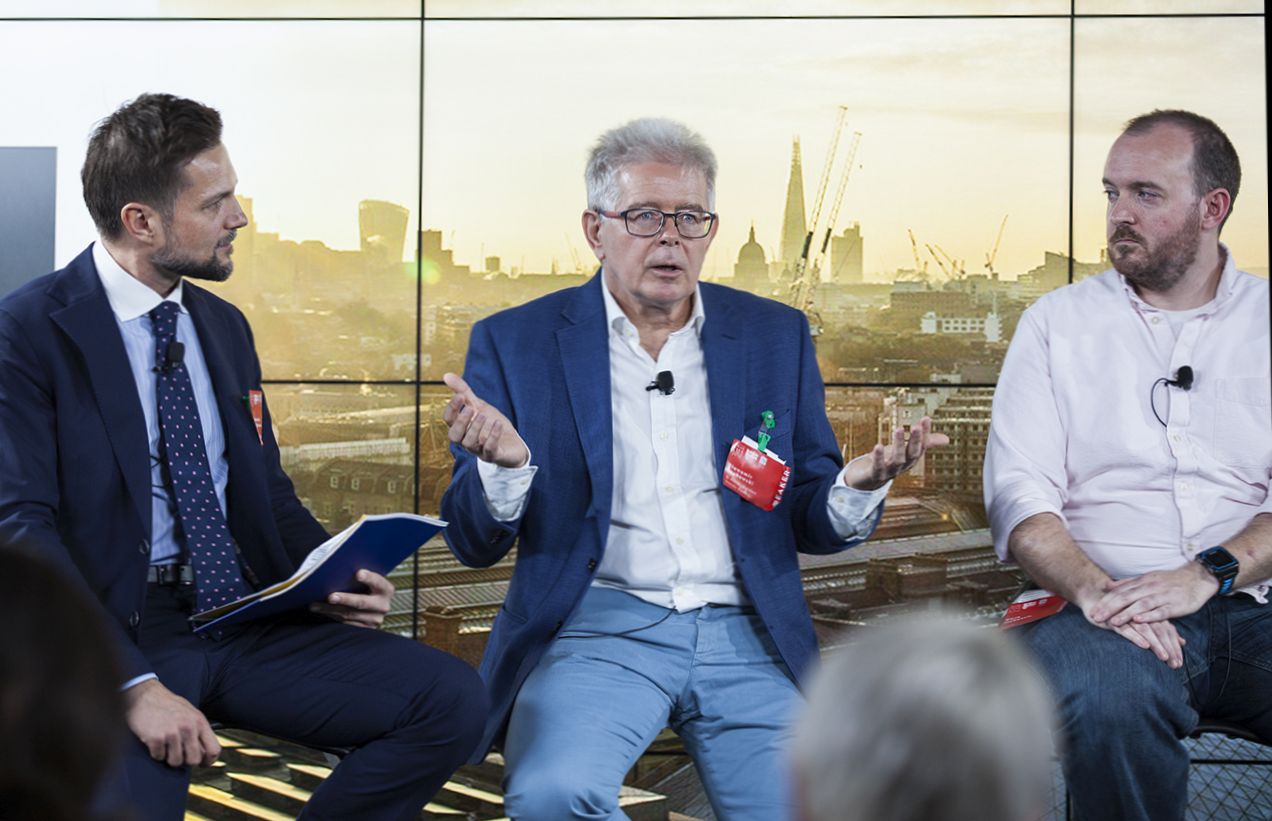 At the conference, Lachowski (c) attended a panel discussion on “Fintech Nations: What digital banking in Poland, in the UK and Ireland can learn from each other.”Polish Tech Day

During the panel discussion, Lachowski said that the EU lacks a pan-European bank and, according to him, this situation is an opportunity for a Polish bank with such ambitions.

Olga Grygier-Siddons, a former PwC president for Central and Eastern Europe, also emphasised the development leap that Poland has made over the past 30 years. The reasons behind it include, according to her, the Polish entrepreneurial approach, a reasonable restructuring process of the country's banking system, the creation of the Warsaw Stock Exchange and the inflow of foreign direct investment.

"The breakthrough came in the late 1990s, when we joined NATO, and as the interest from investors started to grow along with our efforts to join the European Union," Grygier-Siddons told PAP/The First News.

She also praised Poland for its successful reform of the banking system, thanks to which banks had not fallen into the hands of oligarchs, and for the decision to keep minority stakes in the banks, which made foreign banks more sensitive to minority shareholders and customers.

PAP's The First News portal was the event's media partner.

Banking sentiment indicator down by 12.7 points m/m in October

Banking sentiment indicator up by 1.2 points m/m in September