In 2001, the Jagiellonian University in Kraków decided to open a Jewish Studies department after noticing a resurgence in young Poles interested in Judaism and the Jewish culture – both of which had otherwise all but disappeared after the Holocaust.

In the first year alone, dozens of students enrolled in the course featuring Hebrew and Yiddish, Jewish and Israeli history, Hebrew literature and poetry, Jewish holidays and customs and prominent figures in Judaism. Other universities in Poland soon followed suit.

Maria Nowicka, 22, is one of hundreds of students who completed their BA in Jewish Studies last year.

"I have always been interested in the history of Polish Jewry – why Jews chose to live here, what kind of relations they had with the Polish population and especially why we almost do not see them anymore in Poland," says Nowicka, who grew up in a Catholic family.

"The only place I encountered Jewish motifs during my childhood was in the Catholic community that my parents and my family took part in.”

The Neocatechumenal Way, which Nowicka’s family belongs to, is a group within the Catholic Church that recognises the Jewish roots of Christianity and is symbolically, and ceremoniously, reminiscent of the faith in its symbols and ceremonies.

“This community had a tremendous impact on the way I had become acquainted with Judaism since my childhood," says Nowicka.

Nowicka went on to explore the connection between these cultural elements and the tragedies that befell the Polish Jewry. A dissertation on the "faith and loss of faith of the Jews of Warsaw during the Holocaust", allowed her to explore the problem of faith and the desire to preserve religious customs among the Jews imprisoned in the Warsaw Ghetto, as well as the vision of God in their eyes when the war came closer.

Dr Marek Tuszewicki, the deputy director of the Institute sees the goal of the programme as providing graduates with the necessary knowledge and tools to work on various aspects of the Jewish past in Poland and neighbouring countries. Students also learn how to work with archival sources, read Hebrew and Yiddish literature and to cooperate with people and Jewish institutions in Poland and Israel.

Tuszewicki explains that most of the students do not have a close connection to Judaism, and their main motivation for Jewish studies is that they live in places with a rich Jewish history. They are usually involved in local projects – those designed to preserve the Jewish-Polish heritage, for example – they organise memorial ceremonies, or they take care of Jewish cemeteries or neglected synagogues. 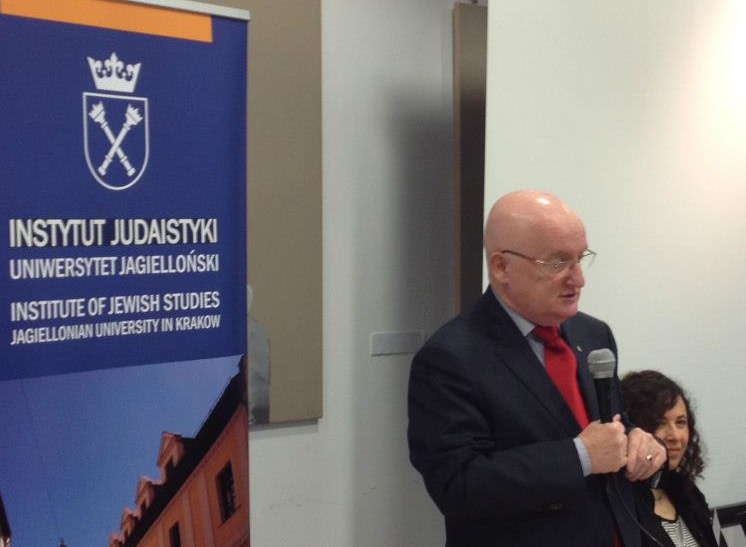 He himself enrolled in the Jewish Studies program in 2005, and the new horizons led him to continue his doctoral studies in the same field. He specialised in the language and culture of Ashkenazi Jewry, and this is the subject he teaches today.

"I was born to Catholic parents, and I had no connection with Judaism. I was always interested in the history of Poland and in foreign languages, so I knew quite a lot about the common history of Jews and Poles,” says Dr Tuszewicki.

He added: “I visited Israel a number of times, took part in academic programs related to Judaism all over the world, and I wrote my doctoral dissertation on popular medicine of Ashkenazi Jewry in the 19th and 20th centuries. Today I can say that Yiddish is my second language. I use it to write regularly on a daily basis, and not just for academic research,” he says.

For the scholar, delving into Hebrew and Yiddish was about exploring a rich Polish past.

“It's important for me to say that I discovered a forgotten part of my heritage in Hebrew and Yiddish, so I began Jewish studies to return this legacy to me. Today I can say Yiddish is my second language," he says.

Every summer the market square in Kraków hosts a big study fair where local universities offer high school graduates the opportunity to enroll in one of the course they offer.

‘Poland trip was best two weeks of my life:’ So, why exactly was Pablo Picasso in post-war Poland?

Welcome to The Special K – Kielce!