Lewandowski, who plays for German club Bayern Munich, was also recognised as the best striker.

The results of the UEFA vote were announced at a ceremony during the draw for the 2020/21 Champions League season in Geneva on Thursday. Although the event was scaled down due to the ongoing COVID-19 pandemic, Lewandowski was present to receive the award in person from UEFA President Aleksander Cerefin.

In the Champions League final in Lisbon, Bayern beat Paris Saint-Germain 1:0 with a goal by Frenchman Kingsley Coman.

The final three in the Men's Player of the Year contest were announced on September 23. Eighty trainers of teams that competed in the group phase of the 2019/20 season of the Champions League (32) and League of Europe (48) took part in the voting as well as 55 journalists from each of the UEFA member countries. Trainers were not allowed to vote for players from their own teams.

The 2019/20 Men's Player of the Year award is the most prestigious distinction so far in Lewandowski's career. 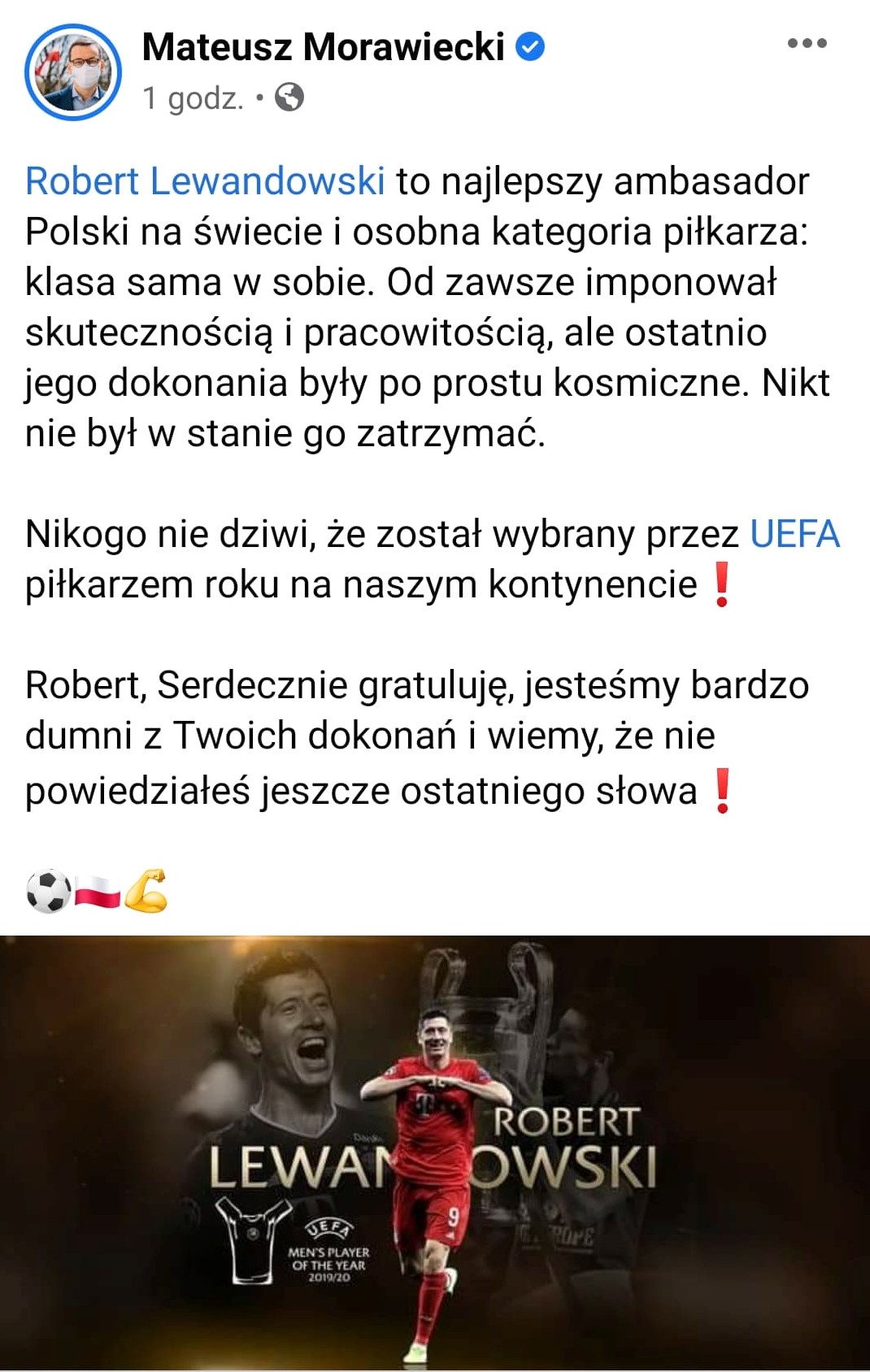 Prime Minister Mateusz Morawiecki took to social media to praise the Polish national team captain's latest achievement, writing on Facebook: "Robert Lewandowski is the best ambassador of Poland in the world and a separate category of footballer: a class to himself. He has always impressed with his efficiency and diligence but lately his achievements have been simply cosmic. No one was in a position to stop him. No one is surprised that UEFA chose Him as footballer of the year for the whole continent."

"Robert, sincere congratulations, we are very proud of your achievements and we know that you have not yet spoken the final word," the PM added.