Inside the futuristic stores patrons will find digital screens, foot scanners and comfortable furniture but all the shoes are in the stockroom.

Customers are greeted by a transaction and purchase zone with high stools and self-service interactive touchscreens for them to search and order on with ease. The online store boasts 450 brands, 40,000 styles and the comfort of home delivery. Once a customer has scanned their feet and registered their account they are offered a selection tailored to them. 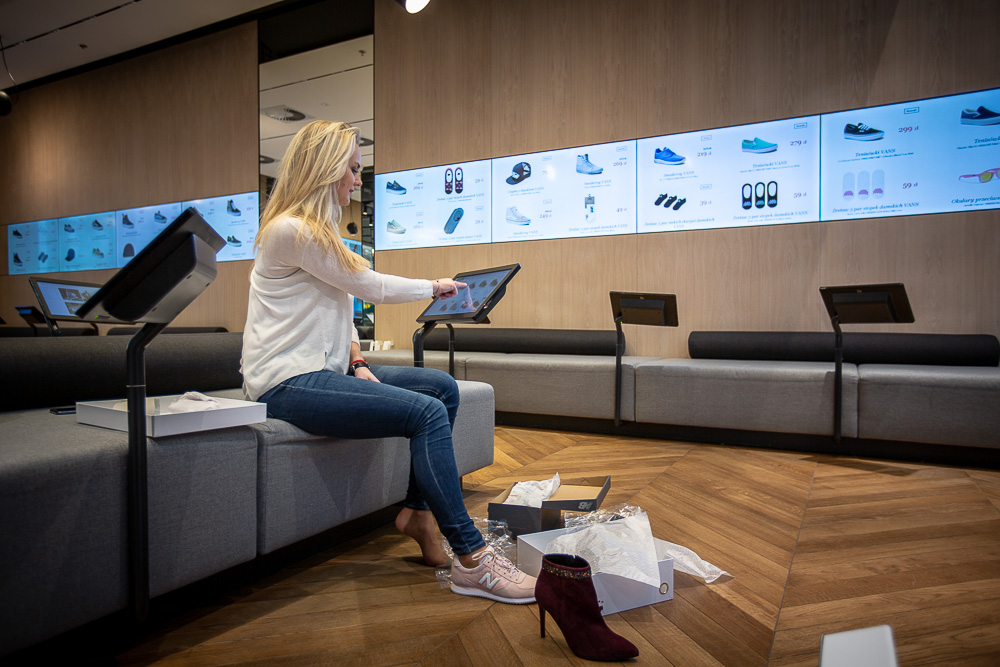 Touchscreens allow the customer to choose what shoes they want to try.Kalbar/TFN

The high-tech shop is the next step in the growth of e-obuwie, an online retailer of shoes that has become dominant in the European footwear e-tailer scene.

Established by Marcin Grzymkowski in 2006 the online shop started expanding abroad in 2013, and since CCC bought a controlling stake in January 2016 the Zielona Góra based company has wasted no time in expanding. Now operating distinct web-portals in sixteen European markets, e-obuwie has begun stepping out of the digital space and by opening retail outlets. 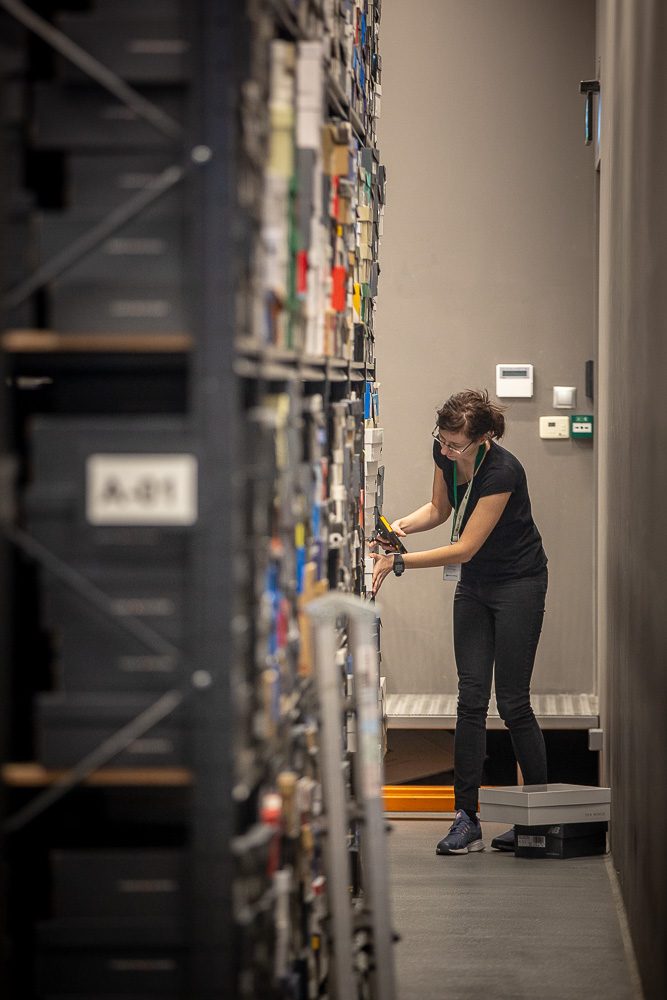 The shoes are kept behind the counter.Kalbar/TFN

“We have made scans and 3D models of almost 40,000 shoe models, from almost 500 brands,” said Grzymkowski. “In just a few seconds the image of the scanned feet is compared to the image of available footwear models. As a result, we get a recommendation of shoes perfectly matched to your foot shape.”

The firm’s flagship store was opened in Wrocław last year and it has little in common with traditional footwear retailing. 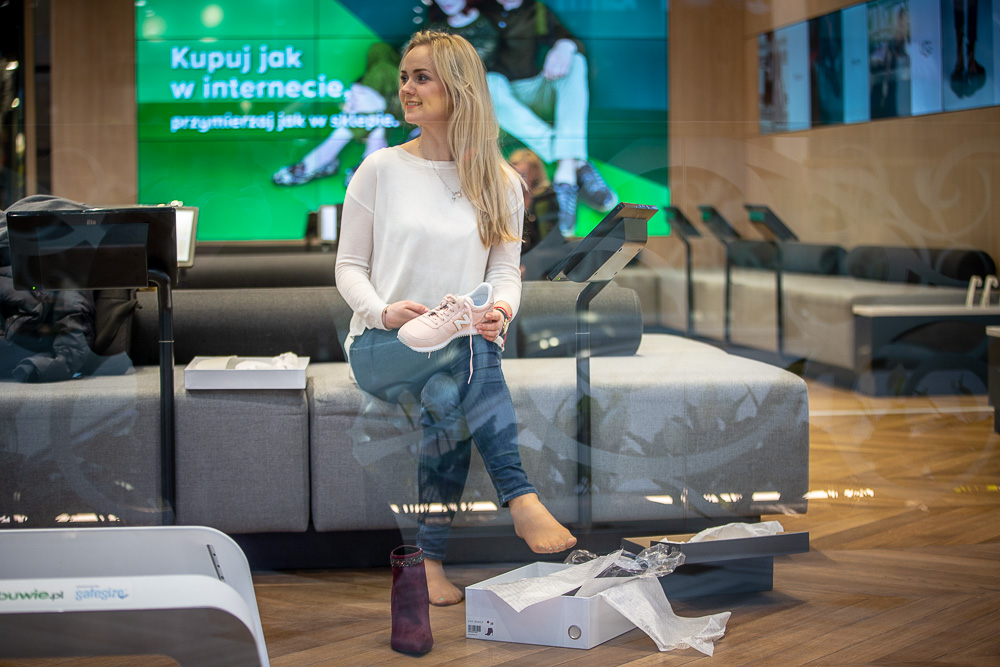 “In just a few seconds the image of the scanned feet is compared to the image of available footwear models,” said Grzymkowski.Kalbar/TFN 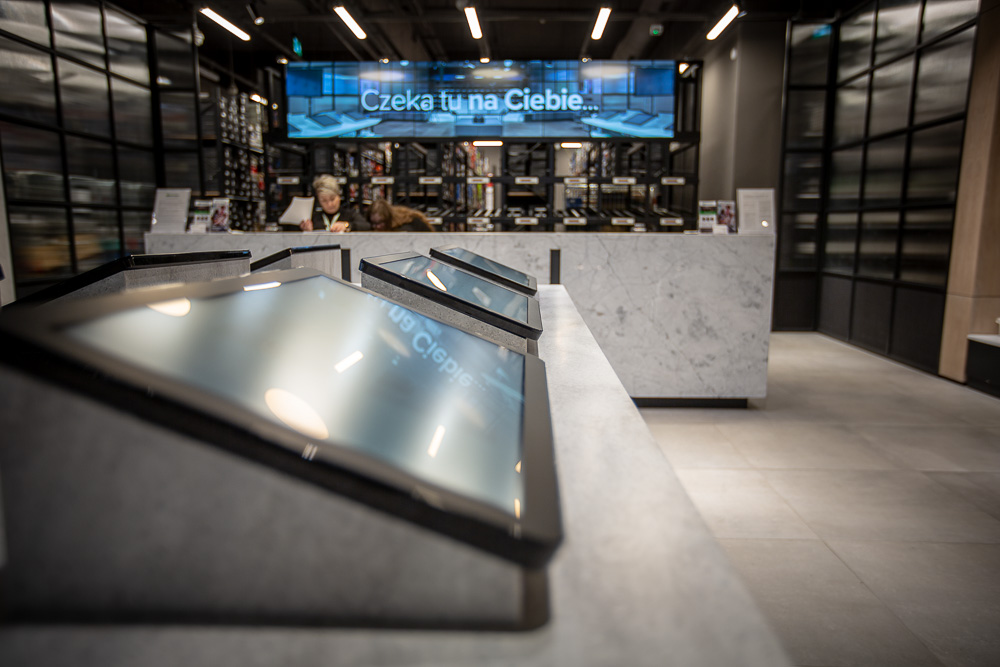 Customers are greeted by a quick transactions and purchases zone with high stools and self-service interactive touchscreens for them to search and order on with ease.Kalbar/TFN

The company’s next outlet will be opened later this year at Warsaw’s latest shopping centre, Galeria Młociny. The company is also looking at adding locations in other European countries but no official announcements have been made yet on the sites. 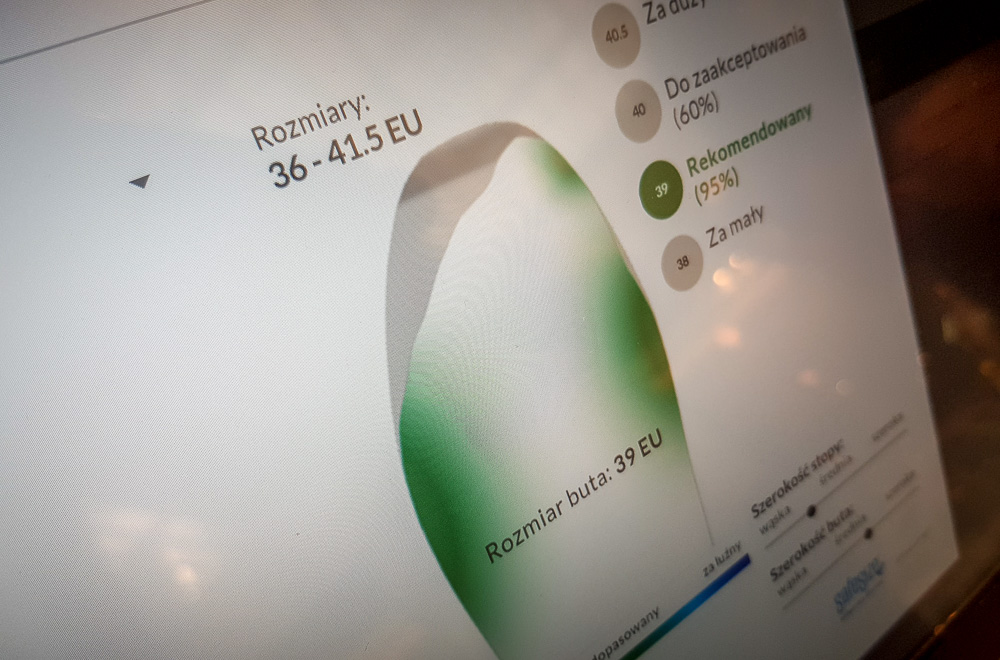 Along with the physical stores e-obuwie has their esize.me foot scanners in over 30 locations around Poland. The technology comes from SafeSize, the Holland-based international leader in foot scanning, which has scanned more than 24 million feet in its 15 years of experience. The 8th-generation scanners takes just two seconds to accurately capture an image of both feet. 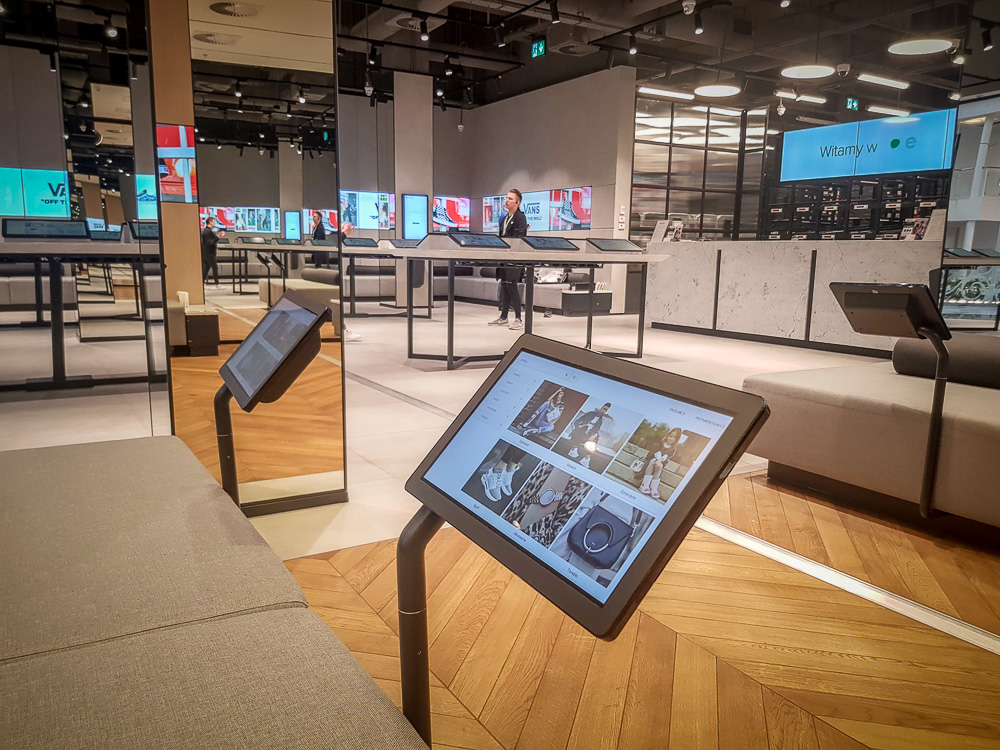 e-obuwie has one store in Wrocław and is due to open its next one in Warsaw later this year.Kalbar/TFN

The firm has also been preparing to launch on the Warsaw Stock Exchange since last year and is likely to float in the second half of the year. The IPO comes on the back of impressive month-on-month sales growth in the second half of 2018, rising from PLN 2.1 million in July to PLN 5.2 million in December. As well as offering footwear the firm is looking to use the platform to sell other clothing items and accessories.