Poland may not seem the most obvious frame of reference when a Danish choreographer produces a Spanish baroque play with the UK’s leading contemporary dance company. Yet for the Rambert Dance Company production of Pedro Calderon de la Barca’s Life Is A Dream, the choreographer Kim Brandstrup drew his inspirations largely from Poland, the country where the 1635 play is ostensibly set.

Not known for a lucid plotline at the best of time, Calderon’s play is here reduced to a series of dreamlike sequences amid a beautiful set designed by the Quay brothers. Rather than the text of the Spanish poet, it is the music by the Polish composer, Witold Lutosławski (1913-1994) that drives Rambert’s first narrative piece in over three decades.

Premiered at Sadler’s Wells, London’s most prestigious contemporary dance venue, in mid-May, the performance coincided with the tour Berliner Philharmoniker whose performance of Lutosławski’s Third Symphony under the direction of Sir Simon Rattle received enthusiastic response from the Royal Festival Hall audience and the London critics. Quite a month then for Lutosławski, who earned high plaudits from fellow musicians but never gained (nor strove for) the sort of fleeting popularity achieved by his less accomplished contemporary, Henryk Mikołaj Górecki with his own Third Symphony. 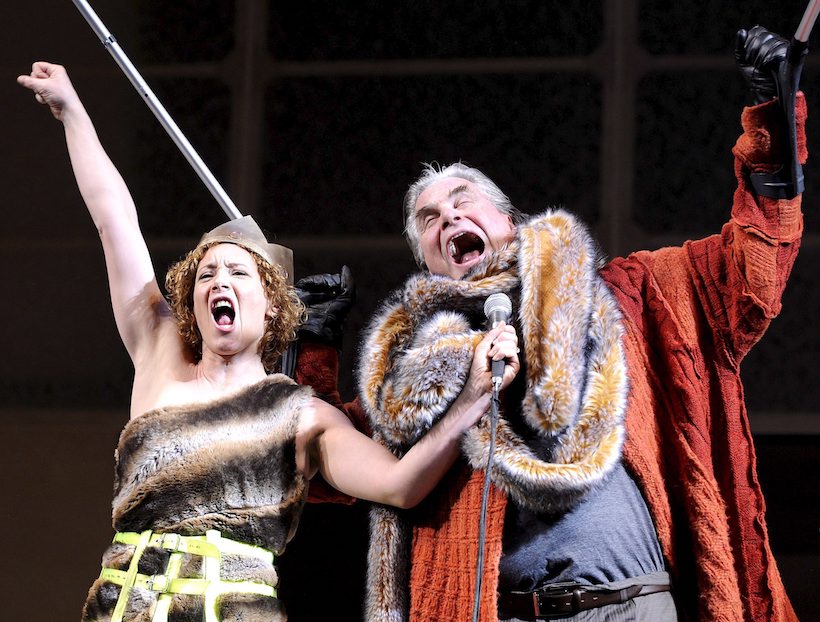 In an interview for Culture.pl, Brandstrup talks of seeing Grotowski’s Denmark-based disciples, Odin Teatret in his youth, but there is little in Life Is A Dream to suggest that he was an especially careful viewer.

In this, if in little else, the choreographer is perhaps more faithful to Calderon’s text than he intended for the Spanish playwright set Life Is A Dream in a Poland of his dreams, bearing no resemblance to the real country of his times (tellingly, when the action takes him to Moscow, Calderon depicts the city as lying on the ocean shore).

For all these quibbles, the Rambert performance carries undeniable expressive power and the dancers have ample opportunity to showcase their formidable talents against a set that combines digital and analogue elements into a poetic whole.