A Polish chef has joined the ranks of the culinary elite after being awarded National Chef of the Year UK (NCOTY).

Since it’s conception in 1972 NCOTY has been awarded to cooking big-wigs such as Gordon Ramsay, Alyn Williams and Mark Sargeant. 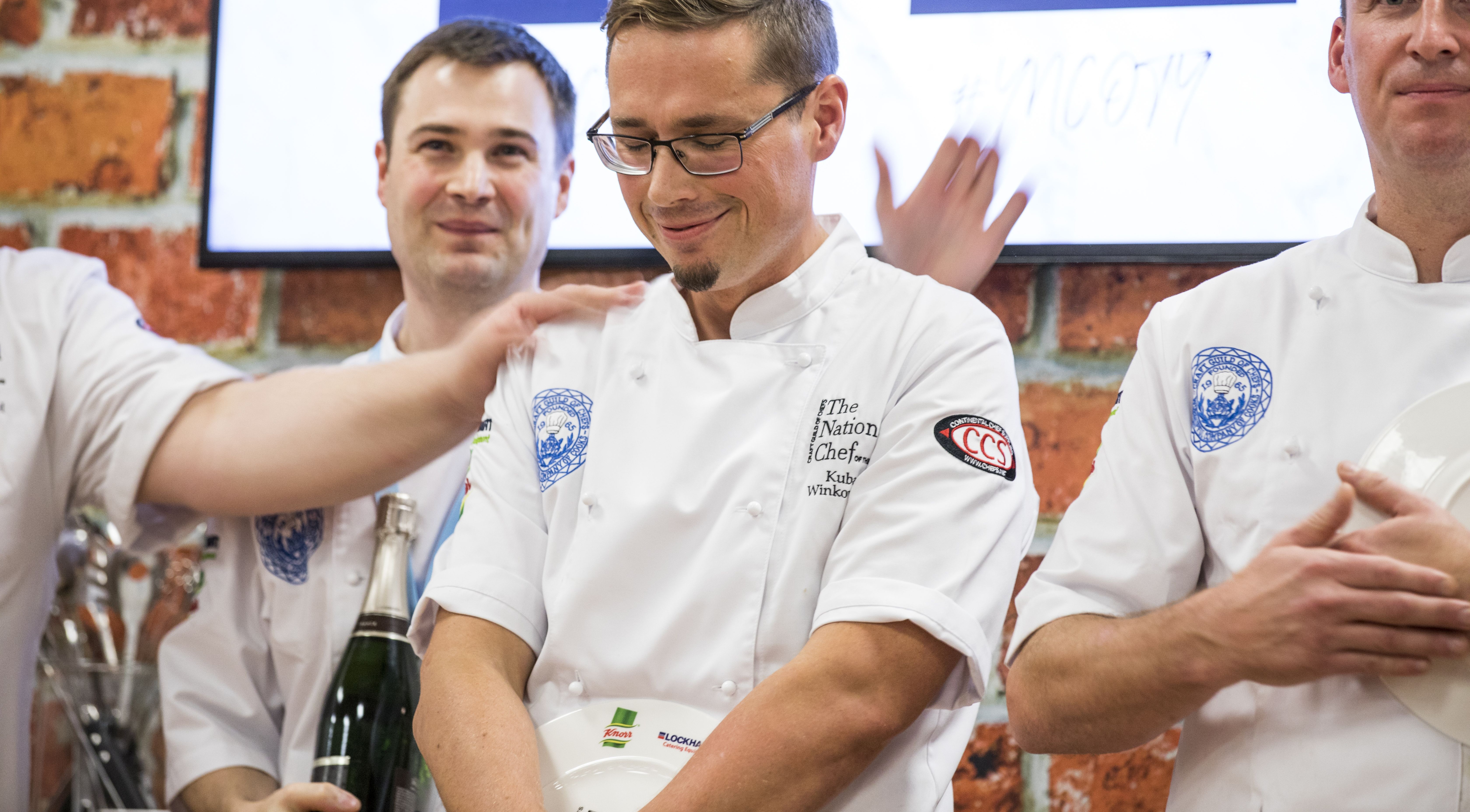 Only as good as the people around him: Chef Kuba has an ‘amazing’ team supporting him.Kuba Winkowski/smugmug

Kuba told TFN: “I was obviously super happy and over the moon [when I won], but for me, the feeling of relief was immense...I didn’t want to let anyone down and to waste all the hours of practicing.”

The competition, which was created to help discover the most innovative and creative chefs in the UK, spanned 8 months. Kuba had to battle it out with 40 other top chefs to make it to the final.

For the final, Kuba prepared a mouth-watering menu of Native Lobster, Oyster Emulsion, Celery and Sea Herbs Buttermilk. This was followed by Yorkshire Grouse served with Cabbage, Foie Gras, Quince, Celeriac and Seeds, finished with Sticky Toffee, Lemon, Clotted Cream and Walnuts for dessert - a speciality of Kuba’s. 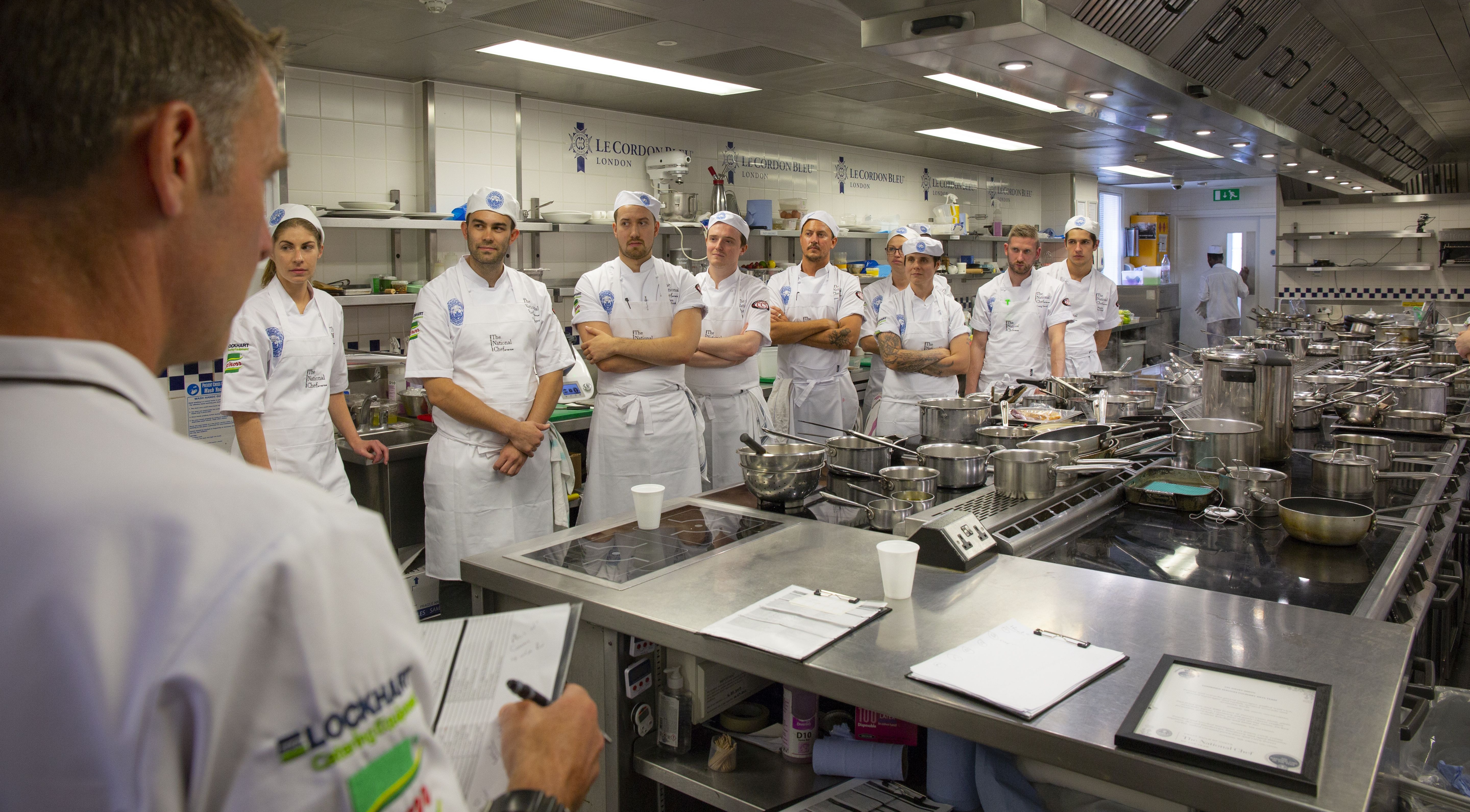 His dishes were ranked the tastiest by 21 of the UK’s best chefs, overseen by Michelin starred Gary Jones, executive chef from Belmond Le Manoir aux Quat'Saisons.

He said: “As chair of judges, I didn’t make it simple by choosing lobster and grouse, both are easy to get wrong on the day.”

Kuba’s actual NCOTY journey started a year before in 2017 when he reached the final but failed to take the title, as he underestimated the amount of time, planning and practicing needed to win the competition. 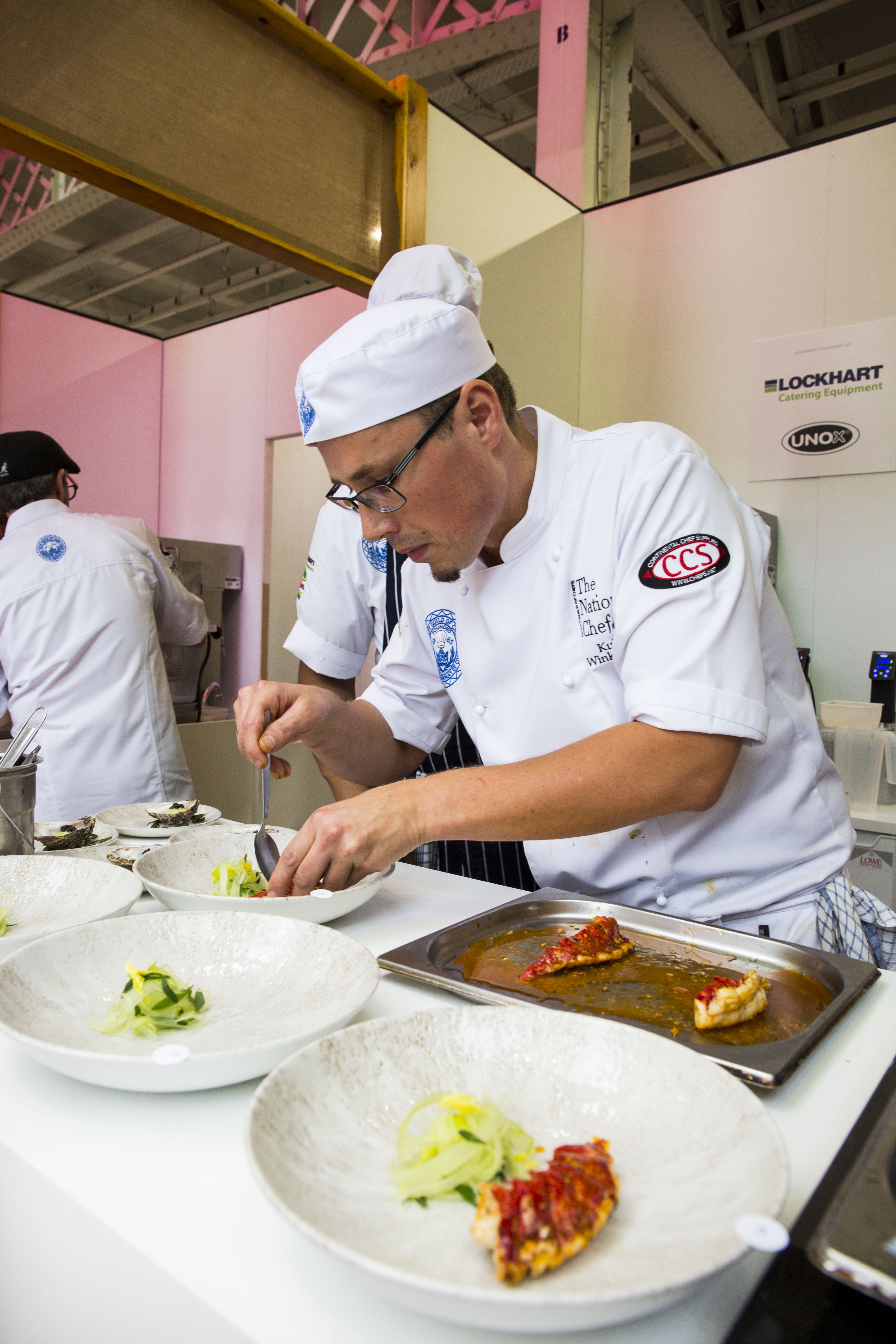 A match made in heaven: Kuba often features game and lobster on his menu at The Feathered Nest in Nether Westcote, UK, where he works as Head ChefKuba Winkowski/smugmug

With the pressure of being the head chef at The Feathered Nest Inn, his less than optimal health and spending time with his family, Kuba knew that if he were to reach his culinary goals he would need to make some big changes.

He therefore underwent a year-long transformation, diving into a rigorous healthy eating and exercise regime to return with more energy and self-motivation.

Overall, Kuba conceded the loss last year was a good learning curve for him. Head judge, Gary Jones agreed during a press release on the 2018 final:

He said: “Kuba was frustrated after last year, not because he didn’t win but because he wanted to be better. He’s gone away and thought about what he could achieve with real determination, ambition and competitive spirit.

“He’s sharper and fitter than he’s ever been so he could be the best chef possible and he absolutely deserved to win today.” 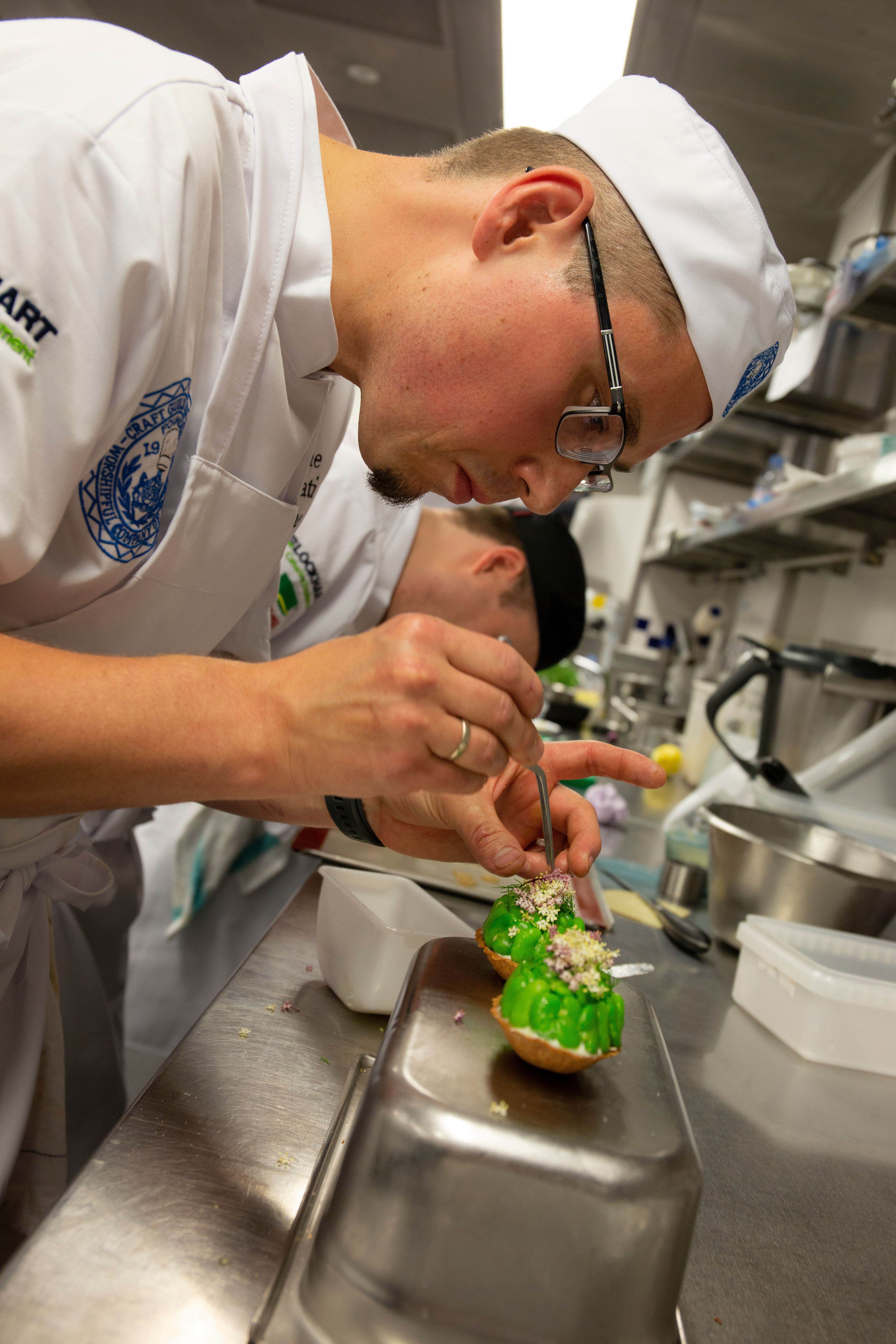 Kuba had laser focus and a cool head when he presented his semi finalists dish for judges.Kuba Winkowski/smugmug

Before winning the NCOTY award, Kuba trained in France and England and went on to receive recognition in several high end establishments including Dinner by Heston Blumenthal and Buckingham Palace.

Kuba continued his culinary education and finally joined The Feathered Nest Inn as a sous chef in 2010, moving up to head chef in 2012.

As for his ingredients, Kuba is a big advocate of sourcing the best quality products for his cooking, the dishes he creates take inspiration from classic English cuisine and his Polish heritage. 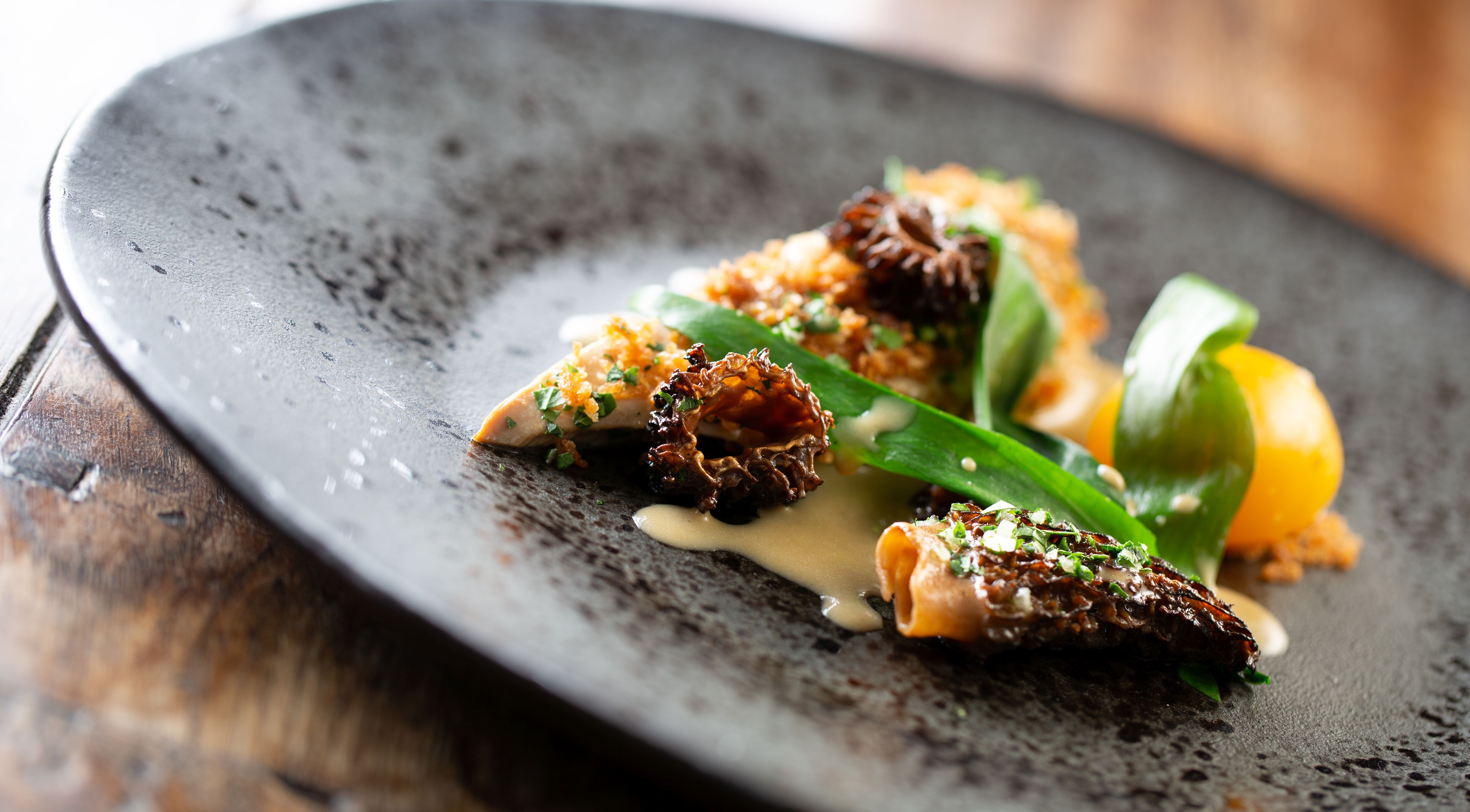 “I love classic flavour combinations, cooked with produce at its prime. If I can get locally from the farmer I know, that is even better,” Kuba told TFN.The Feathered Nest/ Rob Whitrow

“I try to blend elements of them into my modern British style of cooking. I do my own smoked Polish sausages and hams, sauerkraut, sour cucumber, pickled herrings, dumplings or even a ‘bigos’ hunter’s stew which I serve with venison loin.”

Kuba has also taken part in Saturday Kitchen on BBC2, Saturday Morning with James Martin on ITV and works closely with the Chef’s Forum Academy, where he shares his knowledge with a new generation of up and coming chefs.

Kuba told TFN the best advice he could give any aspiring chef is to; Work hard, very hard, listen and learn on your mistakes and most importantly don’t rush, Rome wasn’t built in a day. 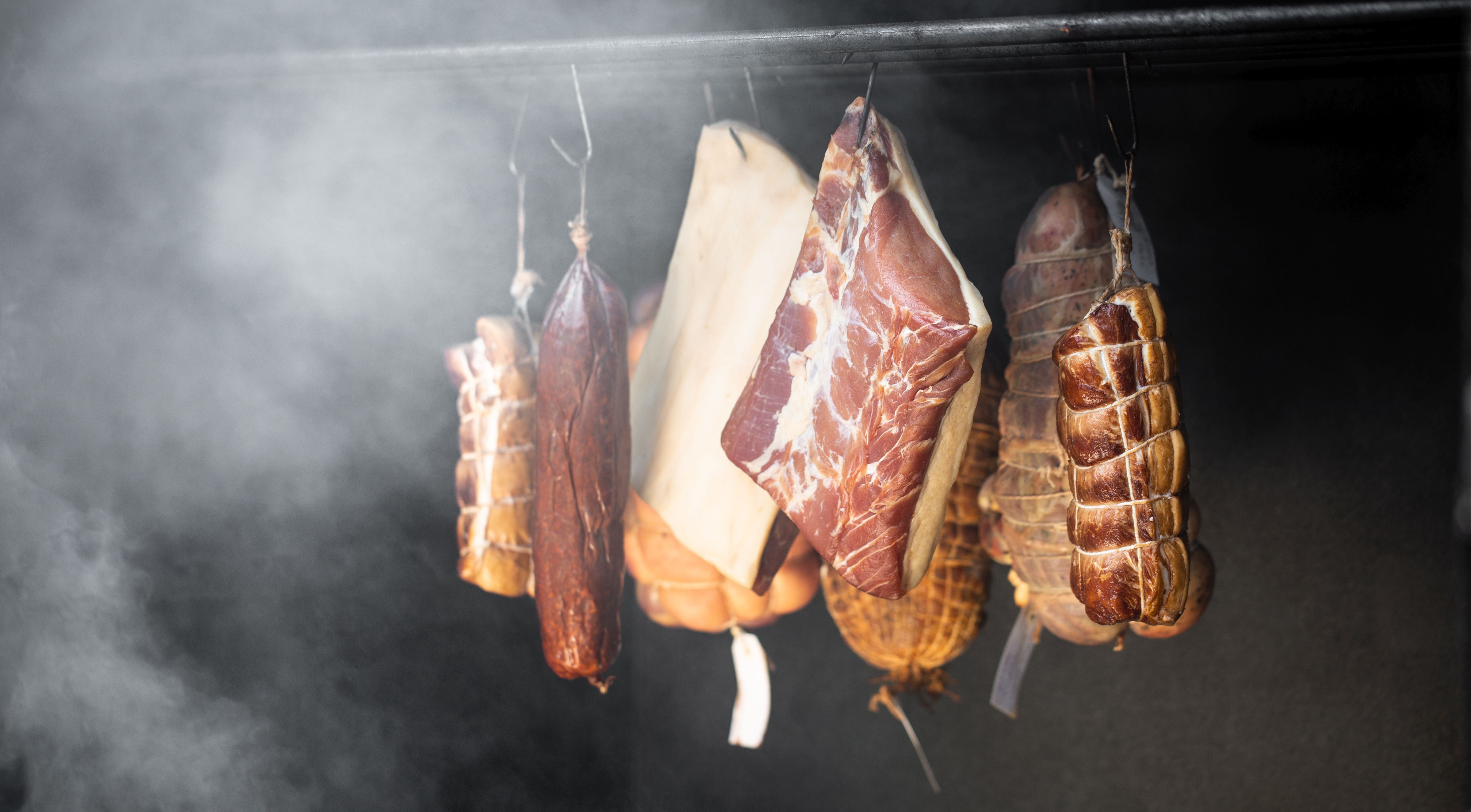 As the new title holder of the National Chef of the Year, Kuba will have a bespoke knife made for him in his honour.

He will also receive a year’s Membership to the Craft Guild of Chefs, as well as the opportunity to create his own recipe book and receive a media training session.

Despite all the exhausting work it took to achieve the NCOTY award, Chef Kuba has no plans of slowing down. Next, He is setting his sights on gaining a Michelin star for The Feathered Nest.

"Growing up in Poland is giving me that little edge. It allows my cooking to be a little bit different. This year will be all about focus, consistency, hard craft, and head down."