An accountant from Poland has helped his wife establish a life-saving medical equipment business in Vietnam.

Grzegorz Dajer, 40, from Słupsk, and his company MTTS in South East Asia has helped treat over a million sick new-borns with their technology.

Nga Tuyet Trang, Dajer’s wife, founded MTTS Asia in 2004. Trang teamed up with an American biomedical engineer and a local paediatric hospital to develop what would become MTTS Asia’s first product: an innovative infant respiratory device. Dajer moved to Hanoi in 2006, to join the start-up. 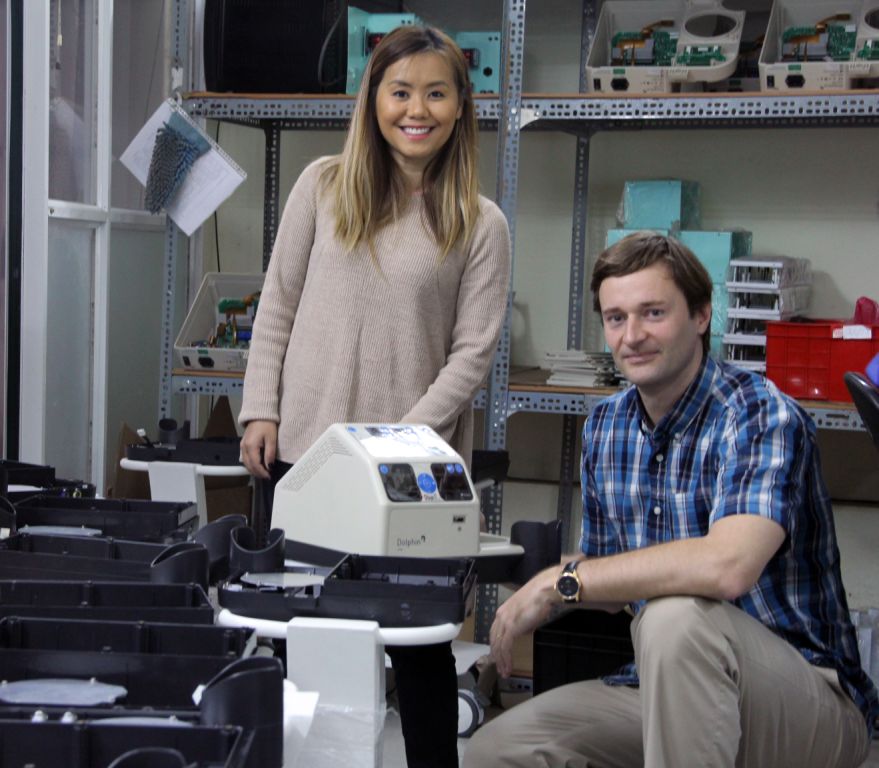 Dajer was working for a car manufacturer in Poland before moving to Vietnam to work in medical technology.MTTS

During the five years between meeting his wife and joining her in Hanoi, Dajer worked as an accountant for a car manufacturer. “Even though my background is in finance, the fact I worked for a car manufacturer and was a member of an ERP system implementation team helped me to gain experience in pretty much everything related to running a business,” he said.

“It was always my dream to work for myself. I became convinced this was the right thing to do because the prospects of being involved in such a meaningful project were very attractive to me. We also got lucky with the timing - the technology then was very simple with no regulations in place.” 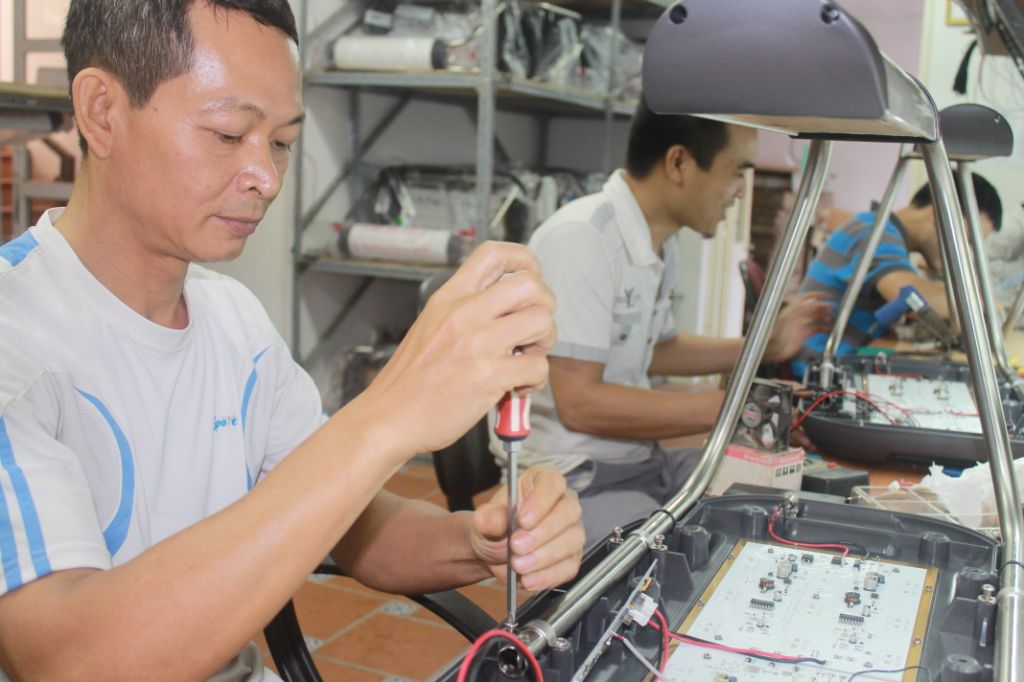 The machinery has to be “affordable, reliable and easy to use”.MTTS

More than one million babies have now benefited from one of MTTS LifeKit devices. Over 3,000 devices have been installed in 390 hospitals across 35 countries worldwide, and last year they even sold their products in Italy and are working hard to enter the Polish market. They have even applied to be a supplier to the famous WOSP children’s charity.

An essential part of operating so widely has come from obtaining the European health and safety certification, called CE Marking, which is required in most of Europe and also recognised in many Asian, African and Middle Eastern countries, and Vietnamese certification, which is accepted by ASEAN nations—giving the company access to nearly 75 percent of the world’s markets.

They do face barriers though. “You need to remember that we are not only competing against powerful multinationals, negative stereotypes about ‘made in Vietnam’, but also the human habits and even dated hospital regulations and procedures,” said Dajer. 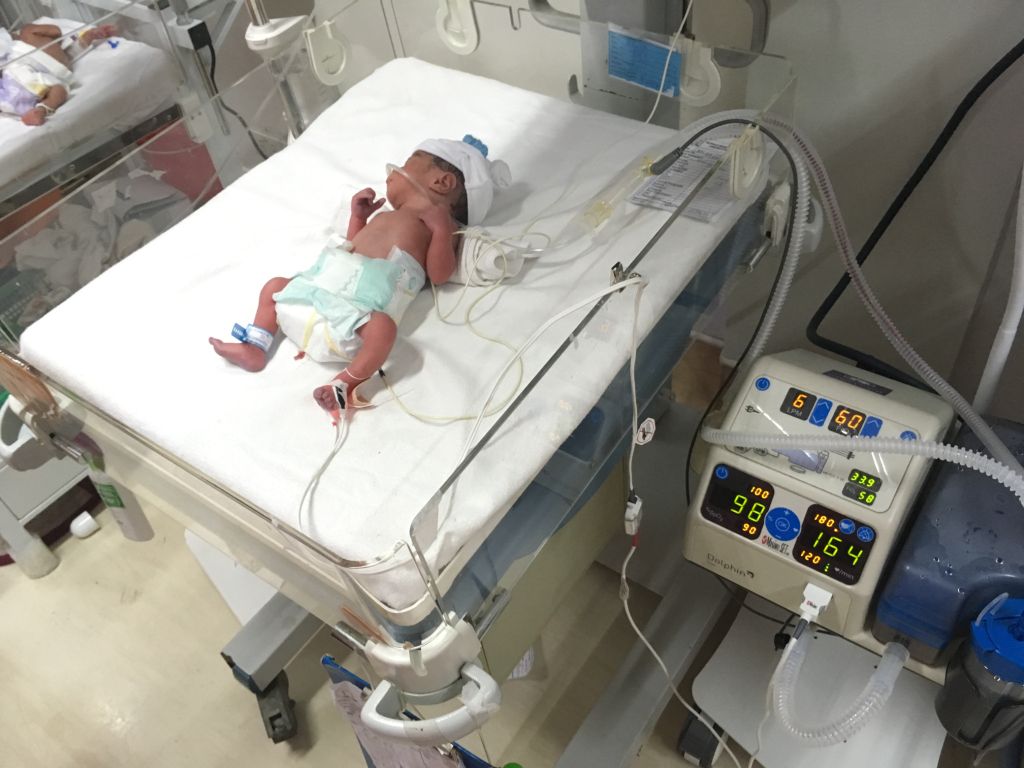 MTTS now sells its technology to 35 countries around the world.MTTS

“I’m referring to disinfection of certain parts of the device instead disposing them,” he continued. “Our CPAP(Continuous positive airway pressure) ventilator is equipped with silicon components which can be disinfected and used again. In developed countries they are disposed of to prevent cross-contamination, safe but a very expensive practice. Simply unaffordable for most of the patients on our planet. Each disposable silicon tubing for patient costs USD 150-200. Our solution is USD 5 plus 20 minutes spent on disinfection.”

The company sells to over 30 countries and maintains offices in Vietnam, Hong Kong, the Philippines and Myanmar. MTTS also has a multi-pronged financial strategy, basing their financial operations in Hong Kong to minimise difficulties associated with cash flows in and out of Vietnam. They have also made use of grants from foreign charities and NGOs. 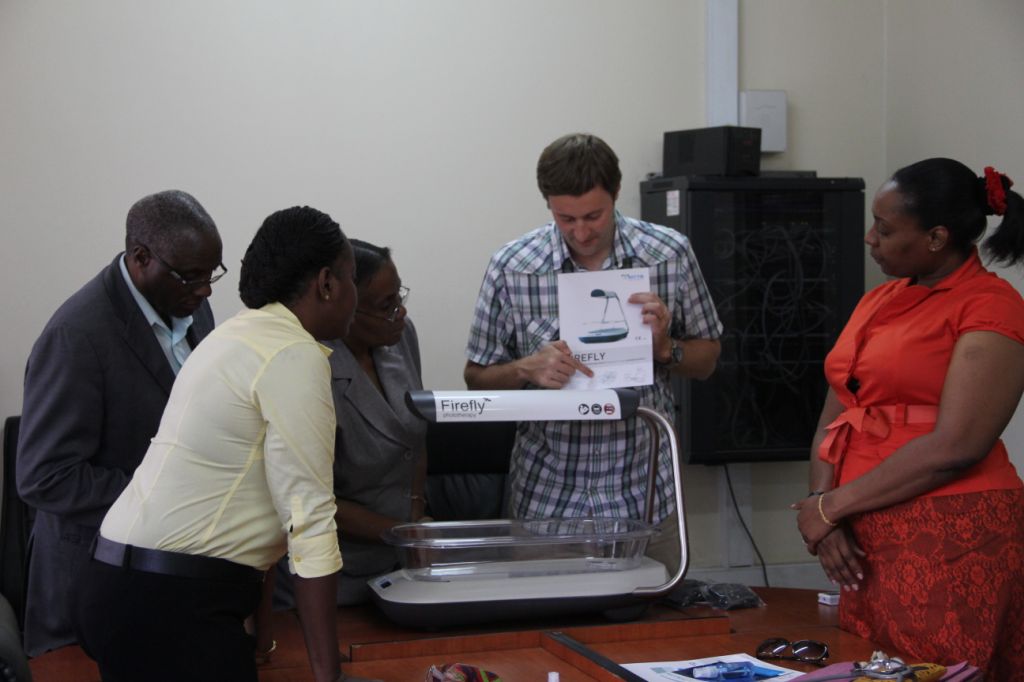 Over 3,000 MTTS devices have been installed in 390 hospitals in many countries.MTTS
For its work the company has been recognised by the WHO for “innovative health technologies for low-resource settings” and in 2017, the Schwab Foundation, which supports entrepreneurs trying to create a more “just and equitable world”, awarded them the title of ‘Social Entrepreneur of the Year’.

And they have not stopped innovating yet. “We are working on two devices: a new generation of T-piece resuscitator and incubator,” said Dajer as he explained the next steps for MTTS. “The T-piece will be ready in couple of months, incubator next year. After that we’ll look at more devices around paediatrics and obstetric care. Whatever we do, it will be affordable, reliable, easy to use. Making sure that all resources are used wisely.”