Poland's Katarzyna Wasick won a silver medal and Ksawery Masiuk a bronze at the FINA swimming World Championships 2022 in Budapest on Saturday.

Seventeen-year-old Masiuk was also originally awarded a silver in the 50m backstroke but was downgraded following a protest by the US team, which saw the disqualification of winner Justin Ress rescinded. 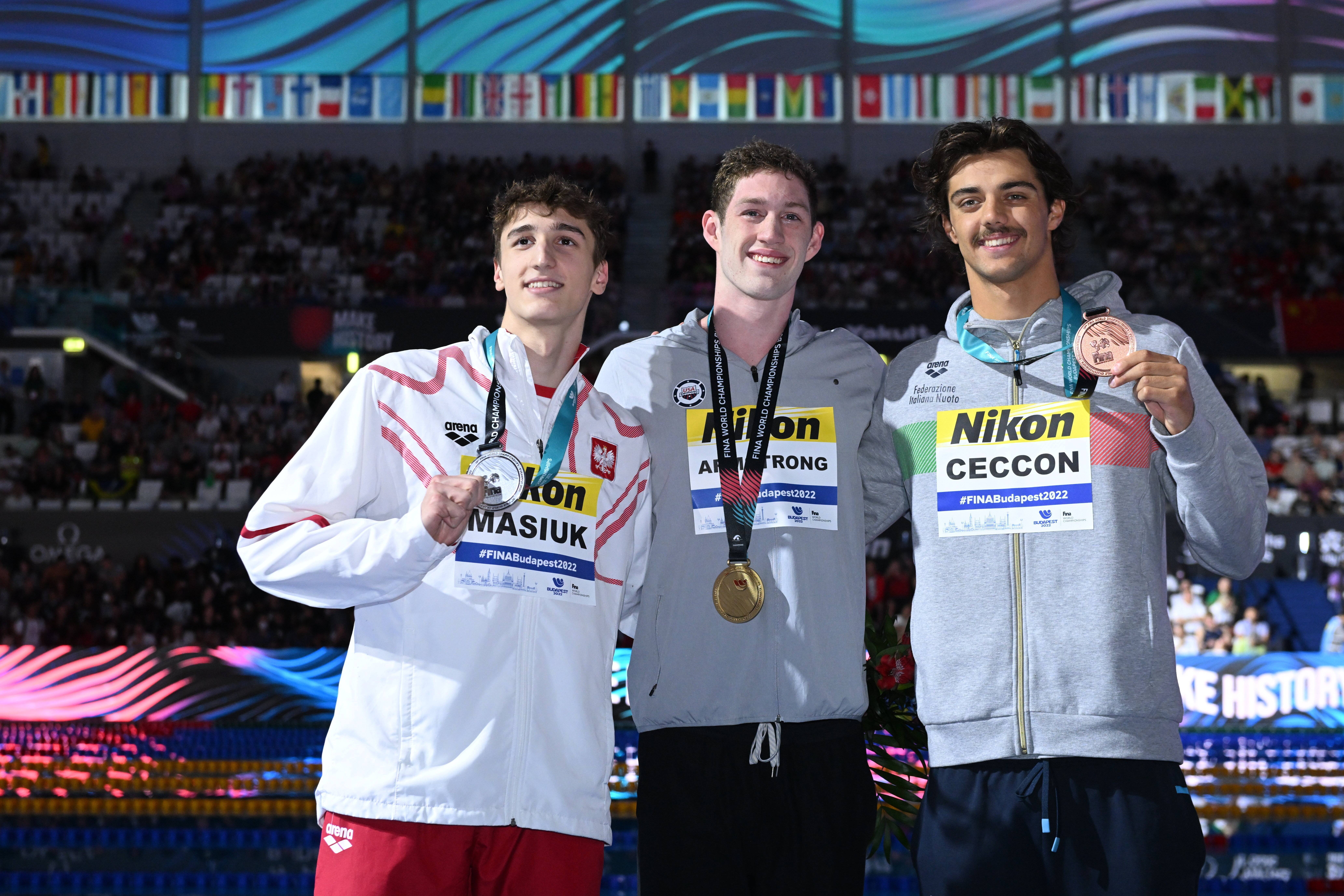 Masiuk swam the distance in 24.49 seconds, just one hundredth of a second slower than the national record. He was beaten by Ress (24.12) and fellow American Hunter Armstrong (24.12).

Ress was originally disqualified as in the judges' opinion the whole of his body was under water when he reached the finish line. At the medal ceremony, Armstrong stood on the highest step of the podium with Masiuk on the second. However, shortly afterwards, the results were changed following US team protests with Ress declared the winner.

Meanwhile, Katarzyna Wasick recorded her best time in the competition for the 50m freestyle at 24.11 seconds (a Polish record) but lost to 28-year-old Swede Sarah Sjoestroem, who swam a time of 23.98 to win her tenth World Championship gold medal. Joint third place was taken by Meg Harris of Australia and Erika Brown of the USA, both with a time of 24.38 seconds.