Dermot Turing admits that a family connection, in part, drew him to the subject of Polish mathematicians and the Enigma codes.

The reason for this is in the name. Dermot’s uncle, Alan Turing, was the mathematical genius who during the war played a vital role in de-cyphering German codes at Bletchley Park, Britain’s top-secret code-breaking centre.

Turing’s work was based upon vital breakthroughs made by a group of Polish mathematicians who had first broken the Enigma codes.

Historians believe that the Poles and the work at Bletchley Park shortened the war in Europe by about two years and in doing so saved millions of lives.

“The family connection can’t be denied,” Dermot Turing tells TFN, during a break at a cyber security conference in Krakow where he was a guest of honour.

“This is how I got to know of the Polish connection and the work of Polish cryptologists that essentially laid the foundations of the success of Bletchley Park.” 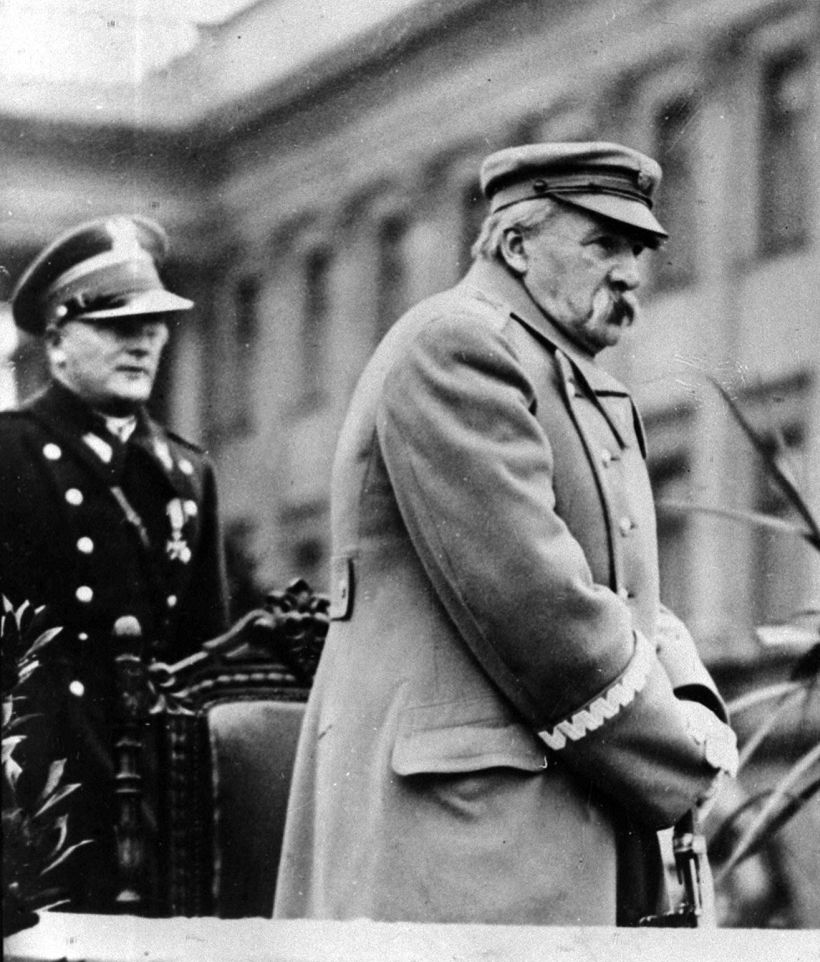 Following Poland’s victory over Russia at the Battle of Warsaw in August 1920, Piłsudski understood how valuable intelligence had been and signals intelligence was given a much greater degree of respect than in other countries. Pictured: Jozef Piłsudski, First Marshall of Poland.Archive/PAP

The family connection, however, did not lead Dermot into mathematics—he instead became a barrister—but it did lead to books about computing history and his uncle.

And now the interest in the Poles has led to his latest book ‘XY&Z: The Real Story of How Enigma Was Broken.’

“The British literature tended to focus on the glories of Bletchley Park, and I don’t mean to disparage that in any way. The Polish literature, not surprisingly, tended to focus on the achievement of the Poles, but what was perhaps missing in the English language was what was, at least from a British perspective, pre-history—what led up to the Bletchley Park achievement.”

A part of the “pre-history,” Turing adds, even pre-dates the inroads the Poles made into Enigma in the 1930s, and is found when Poland was fighting for its existence against communist Russia in 1920.

Turing explains that a junior signals officer managed to crack the Russian military codes, and the intelligence this provided proved to be a decisive factor in Piłsudski’s victory over the invading Russians at the Battle of Warsaw in August 1920. 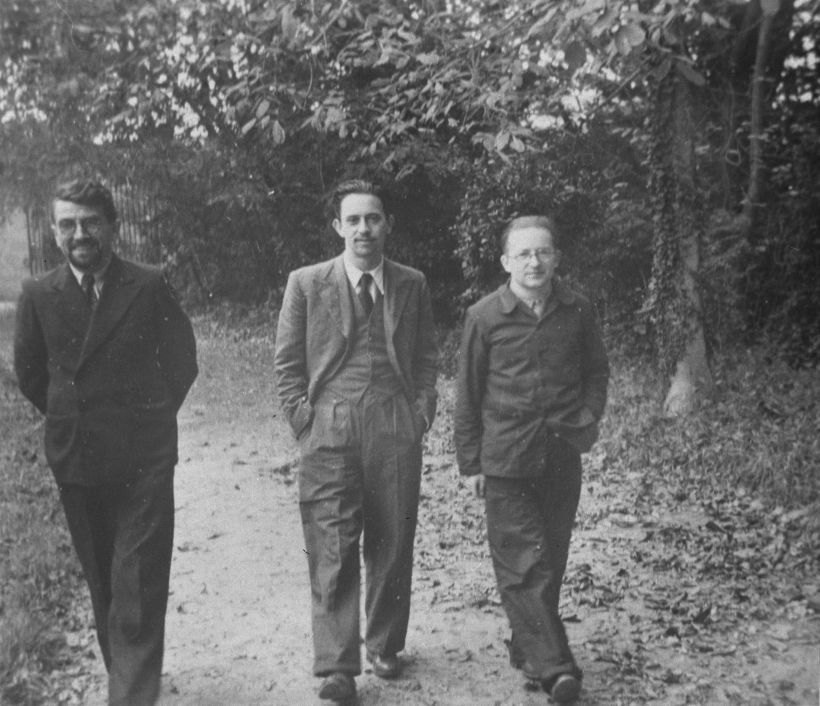 As war clouds gathered over Europe at the end of the 1930s, Polish cypher intelligence had managed to crack the Enigma codes. The knowledge was later shared with its British and French counterparts, which then started to build on the foundations laid by the Poles.Archive/PAP

“Piłsudski understood how valuable that intelligence had been, and from a Polish military perspective signals intelligence was given a much greater degree of respect than perhaps it was in other countries, and it meant that they were prepared to put the resources into it,” he says.

“There was an understanding that mathematicians and scientists had a role to play it what was becoming an increasingly technological struggle by the 1930s. The Poles understood this before the British, French or Germans did.”

This helps explains just why, when the war clouds were gathering over Europe at the end of the 1930s, Polish cypher intelligence had managed to crack the Enigma codes.

The knowledge was later shared with its British and French counterparts, which then started to build on the foundations laid by the Poles.

Turing says his uncle and the other British codebreakers at Bletchley Park “were deeply appreciative of the debt they owed to the Poles” and were very keen to work with them.

But as the war progressed the initial group of British experts at Bletchley, such as Turing, moved onto other areas and this would have consequences for the Poles. 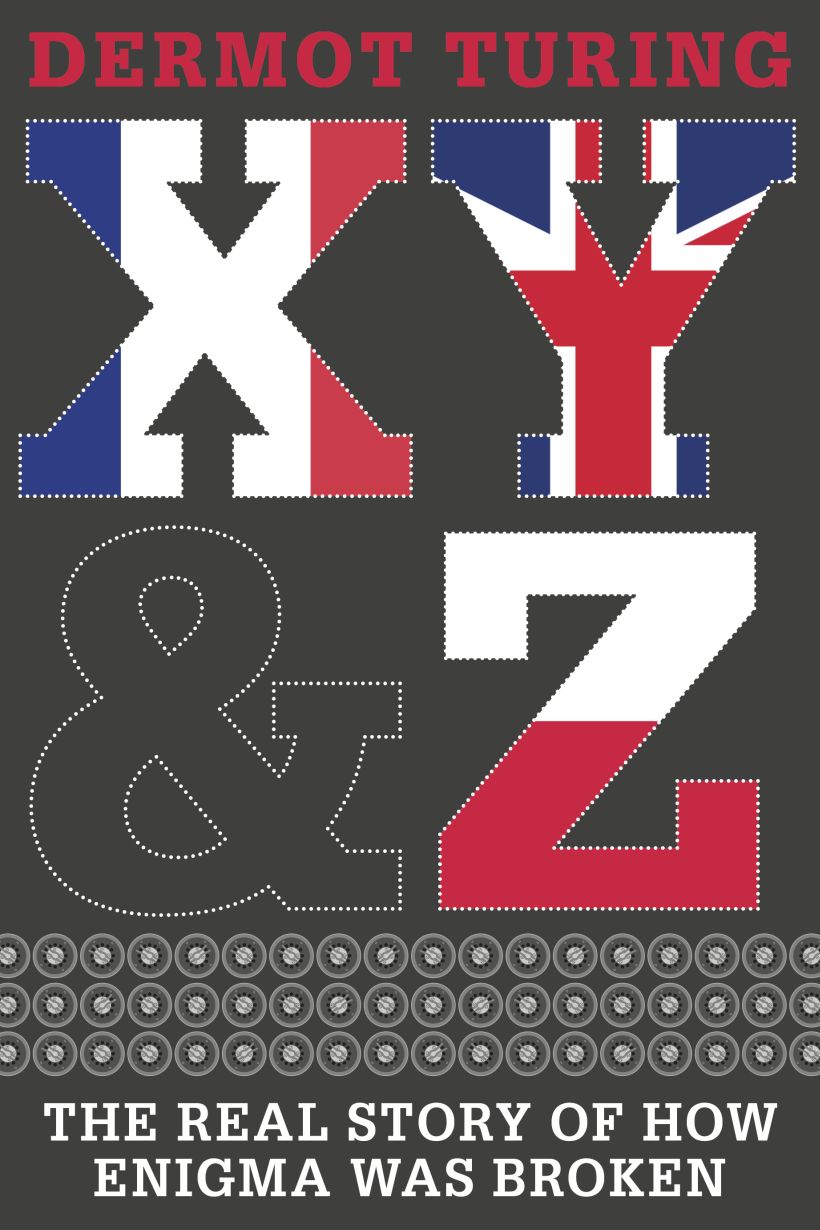 Turing’s book X,Y and Z: The Real Story of how Enigma was Broken, explains Polish codebreakers’ essential role in helping to end the war and why it is only recently that this has become acknowledged.The History Press

“Many of the personnel who worked with the Polish codebreakers went on to do other things,” explains Turing.

“By 1943 nobody had heard of the Polish codebreakers anymore and that was the beginning of their slide into obscurity.

“And of course after the war the whole Bletchley Park thing was deadly secret and had to be kept secret for decades, so the story only started to emerge in the 1970s and more concretely in the 80s and 90s,” he continues.

“While there was a sort of passing reference to the Poles the British wanted to find out what the British had been doing so it wasn’t so much that the Poles were whitewashed out of the story but, instead, the story never focused on them.”

Turing adds that the sad fate of the Polish codebreakers, most of whom had to live out their lives in exile, “is very poorly understood by British people”.

But Turing hopes the book, which was released last month, should help to fill in the gaps too often overlooked by the British narrative over the success of Allied codebreaking during the war.

“We can see quite easily that the course of the war might have been different, longer and had different outcomes, if it hadn’t been for the codebreakers,” says Turing.