Poland’s Michał Kwiatkowski has won the 2018 Tour de Pologne, after a dramatic rain-drenched battle during the last, uphill stage of the competition.

Even though the final stage was won by Brit Simon Yates, Kwiatkowski managed to maintain his overall lead winning both the race and the title of Best Sprinter.

The 28-year-old told PAP: “Tour de Pologne is not an easy race. Everything is decided in seconds, the risk of failure is high.

“This year everything went as I hoped it would. I was aware there was an enormous responsibility hanging over me and I wanted to rise to the challenge.”

The 75th Tour de Pologne, held on August 4-10, is one of the biggest sports events in Poland.

This year the route was divided into 7 stages and covered 1,200 km. Starting in Kraków, the competition gets harder and steeper with every stage, culminating in the Tatra Mountains and Bukowina Tatrzańska. 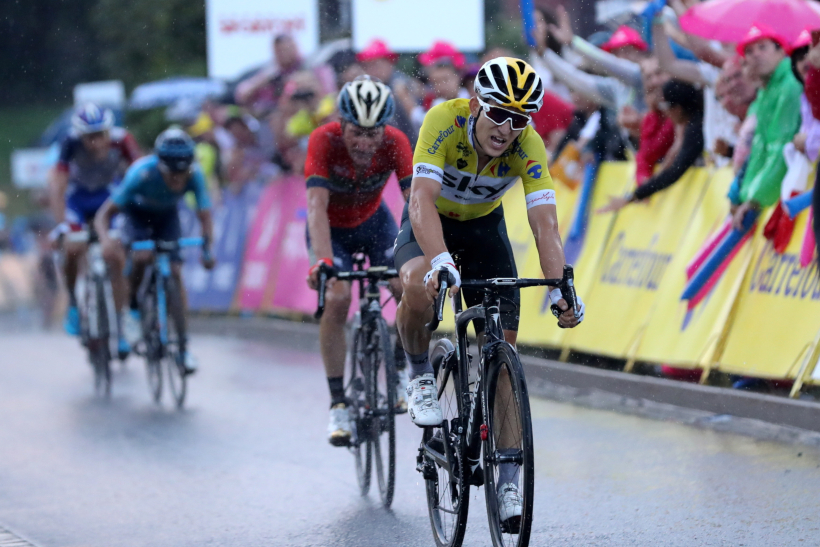 Michał Kwaitkowski crossing the finish line of the TdPs last stage. Set on the steep Tatra mountain roads, with rain pouring from the sky, it posed a true challenge for the cyclists.Grzegorz Momot/PAP

This was Kwiatkowski’s fourth time competing in the Tour de Pologne. During his debut in 2012 he came close to victory, being only 5 seconds behind the winner Moreno Mosera.

“I had to wait since 2012 for this victory. I was competing unsure about my disposition after the Tour de France. I’m grateful to the fans for the wonderful support, which I felt from start to finish.

“Big thank you to Michał Gołaś and Łukasz Wiśniowski, who have been with me for years and other friends from the team. This is my first victory in Tour de Pologne and I hope not the last”, he added.