One of Poland’s oldest cinemas, Kino Muza in Poznań, has reopened after receiving a facelift designed to breathe new life into an institution that has been showing films on the silver screen for over a 100 years.

The redesigned Muza prioritises comfort and technology while continuing the cinema’s long tradition of screening films in a cosy setting.

Located on Święty Marcin Street in central Poznań, the cinema opened in 1908. This makes it the second-oldest cinema in today’s Poland, after the Pionier cinema in Szczecin, which opened a year earlier.

Over the years, the cinema has gone by a handful of names, some of which echo the city’s history. Originally called Theater Apollo, it was renamed the Colosseum, Europa and then Świt (Dawn). In 1940, when the city was under German rule, it was called Zentral Litchspiele, before being renamed Wolność (Freedom) in 1945. Since the 1950s, it has been called Muza – the Muse. 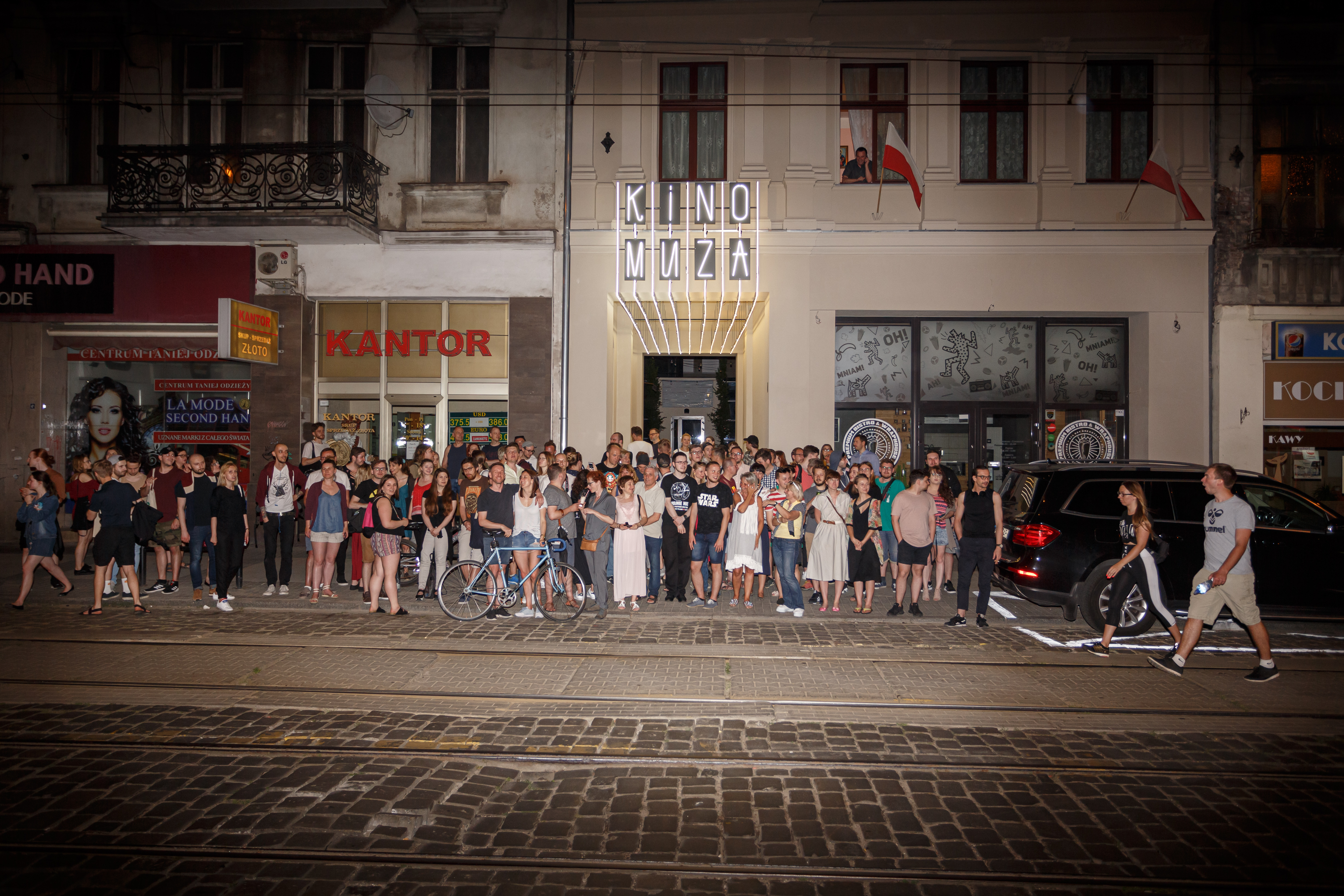 Redesigned by Toya Design, a Poznań-based company with a portfolio that includes architecture and interior design, the Muza re-opened last month after a year’s renovation.

The cinema now has not just one, but three rooms for screening films, and the main auditorium can seat 175 cinema-goers. In addition to a state-of-the-art Harkness Clarus XC screen and Dolby Surround 7.1 sound system, it also has new, more comfortable seats and air conditioning.

There are also two smaller screening rooms. One, featuring colourful sofas lined up in rows, provides a more relaxed setting for watching films – almost like a living room. The other, with café chairs and tables, rather than traditional cinema seating, offers a flexible space that can also be used to host meetings and workshops.

On the terrace, cinema-goers will be able to watch films outside. However, they will have to wear headphones so as not to disturb the neighbours, in what the Muza team calls “silent cinema”.

The cinema also has a neon again, after the original 1960s neon stating “Kino Muza” disappeared some time during the 1990s. The new one was recreated by Neo Studio in Poznań based on archival photos.

Since reopening, the cinema been screening films again, including some films with English subtitles.

Poland relaxes restrictions on retail, but keeps some sectors closed