Arriving in Tel Aviv he met Israeli Minister of Science and Technology Ofir Akunis during which the two discussed the controversial so-called Holocaust amendment Law which says that the Polish nation should not be held responsible for crimes committed by the Third Reich and imposes criminal responsibility on those who use the term "Polish extermination camps".

At a press conference after the meeting, Akunis said that in his opinion the law was a mistake, but he expressed his hope that both nations will reach an agreement. "It was a very good meeting. I think that we must talk about the law adopted by parliament, but we will wait for the decision of the  Polish Constitutional Tribunal. Then we will decide together what to do in the future. I hope that the decision of the Constitutional Tribunal will lead to the law being canceled” said Akunis.

Gowin said: “I believe that the controversy surrounding the act is based on misunderstandings. I assured our Israeli partners that the intentions of the Polish government and society are not to question any part of the truth about what the Holocaust was but only opposing a historical lie, which is shifting responsibility for the Holocaust to the entire Polish nation.”

On Monday the Science and Education Minister visited the Yad Vashem Holocaust Memorial Museum in Jerusalem, where he paid tribute to Holocaust victims and to the Righteous Among the Nations who risked their lives to save Jews during World War II, of which there are 6600 Poles. "During the war the Nazis tried to deprive people not only of their lives, but also of their dignity and humanity. This place, Yad Vashem, is the place where human dignity has been restored to each of the victims of the Holocaust," he said at the Holocaust Memorial Museum in Jerusalem.

On Tuesday, the Polish Deputy Prime Minister is expected to attend the international science conference "Thinking Out of the Box" aimed at marking the 70th anniversary of the establishment of the State of Israel.

This is the first visit by a high representative of the Polish government to Israel  since the dispute between the two countries about the Holocaust Law .

Mr Gowin is scheduled to return to Poland on Wednesday evening. 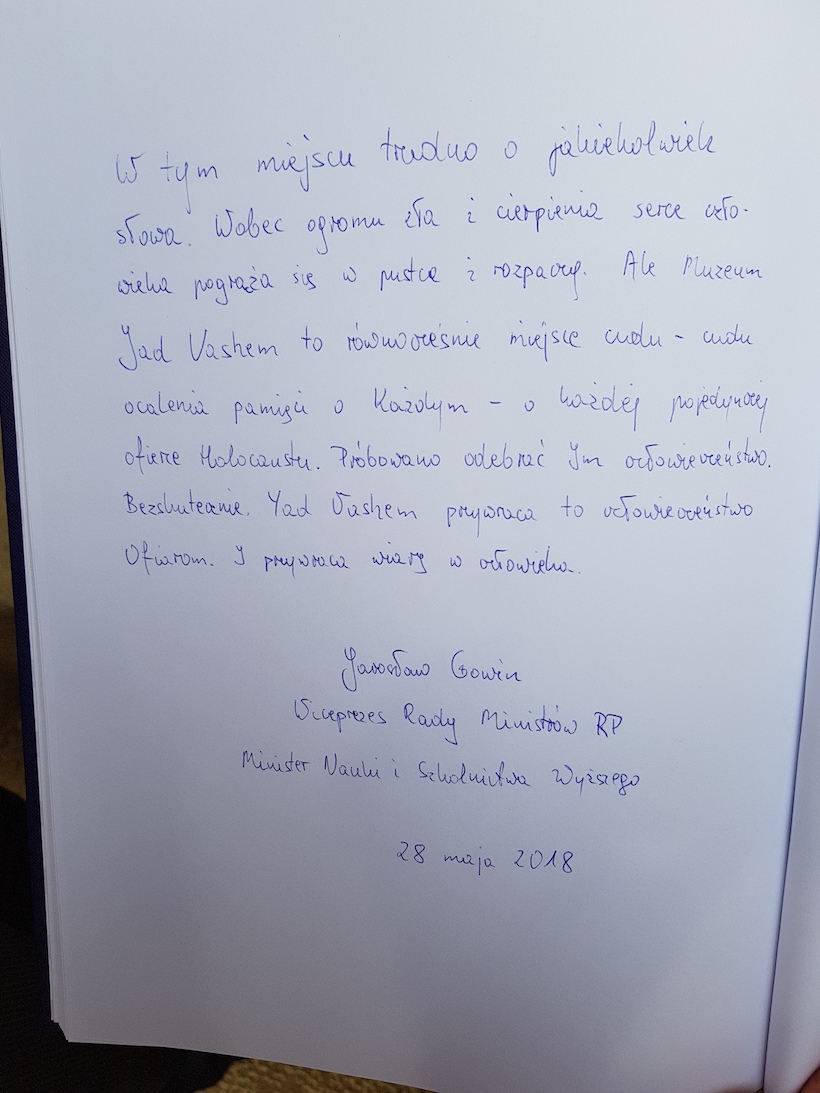