Poland’s population could drop by over 25 percent over the next 80 years, according to new forecasts released by the EU.

The Eurostat data, published on July 10, predicts that the population of the EU as a whole will decline rapidly after peaking at 525 million in 2044, falling to 492.9 million by around 2100.

If correct, it means the Polish population has already peaked at 38 million and will steadily decline to 27.5 million in 2100; losing over a quarter of its population. 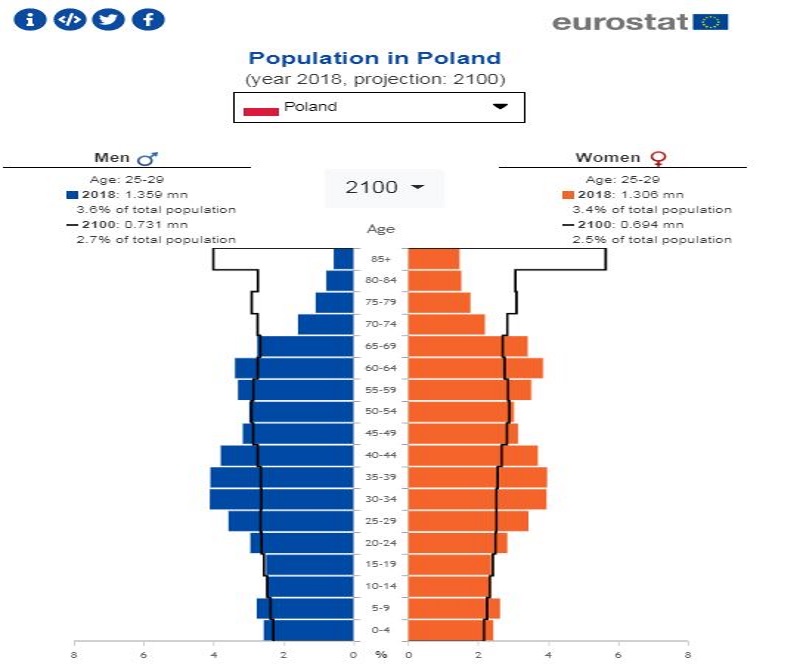 The number of young people will decline while the old-age population is expected to soar.Eurostat

More detailed demographic analysis reveals that there will be a dramatic increase in the number of citizens aged over 70. The biggest shift being the over 85s where it is forecast that their percentage of the total population will jump from the current 2.1 percent to 9.6 percent in 2100. In real terms this will be a rise from 768,000 to 2,656,000 people. 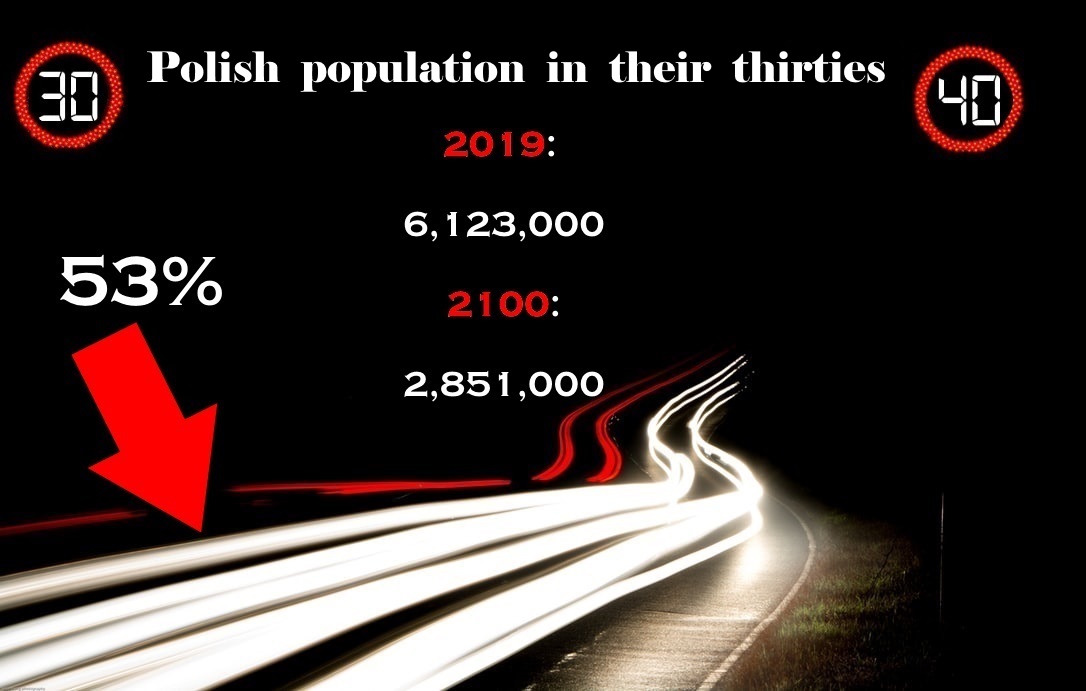 This raises many questions about how the economy will function with a reduced number of people and how the health care system will cope with the extra demand placed on it by an aging population.

Polish HICP inflation up by 5.6 pct y/y in September - Eurostat