Poland’s largest national uprising of the 19th century broke out 156 years ago today.

Tens of thousands of people were either killed or wounded during the failed fight for independence, although the struggle against imperialist Russia’s rule was seen as a major influence on the independence aspirations of future generations.

After Alexander II became emperor of Russia and King of Poland in 1855, the strict rule imposed by Russia, following an earlier insurrection in 1830-31, was relaxed and many groups and organisations opposed to any form of Russian rule in Poland found the changed atmosphere beneficial to their activities and to building a greater support base for their cause.

Many of the Poles involved in the call for independence were students and young people residing in the cities.

The early 1860’s saw a rise in patriotic demonstrations calling for an end to the Russian partition of Poland and a return to a free and independent Poland.

In order to subdue this, Russian authorities decided to start drafting young activists and radical elements into the Imperial Russian army.

But the plan backfired when in mid-January 1863, many of those to be conscripted ran off to hide in the woodlands and forests around Warsaw.

Whilst in hiding, it also gave the activists the opportunity to organise and strengthen their position. 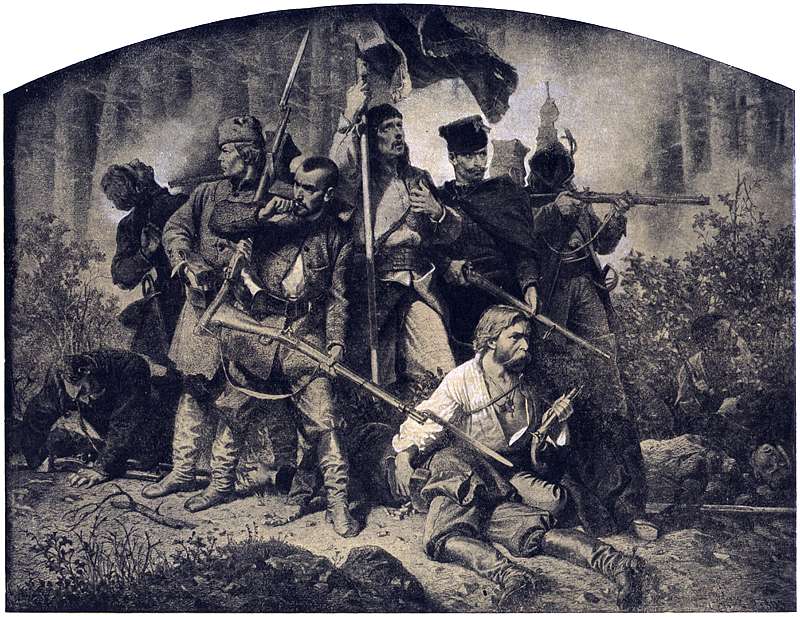 Many of the Poles involved in the call for independence were students and young people residing in the cities. Pictured Artur Grottger’s ‘The Battle’.Public domain

On January 22nd 1863, activists published a document entitled the Manifesto of the Provisional National Government, urging fellow countrymen to rise up against the Russian intruder.

Although still a relatively small and poorly equipped force, the call to arms brought with it new support from all sections of Polish society looking to rid themselves of Russian control.

An underground government was established in Warsaw and although they managed to convince many foreign powers to officially protest to Alexander II, no outside country offered vitally needed military assistance to the insurgents.

Even with the help of volunteers from parts of Poland which were under Prussian and Austrian rule and the spread of the rebellion to Lithuania and part of Belorussia, the Polish fighters were badly equipped, relatively unorganised and relied mainly on guerrilla style activities and surprise attacks on Russian army forces, which were made up of 300,000 well-trained and well-armed soldiers.

A major blow to the uprising was also the loss of mass support from peasants, after the increasingly moderate insurgent government stopped attempts to enact peasant reforms which were promised in return for support from the rural peasant community.

Rural reforms were soon instigated by the Russians in a cunning plan to draw even more peasant support away from the rebels. 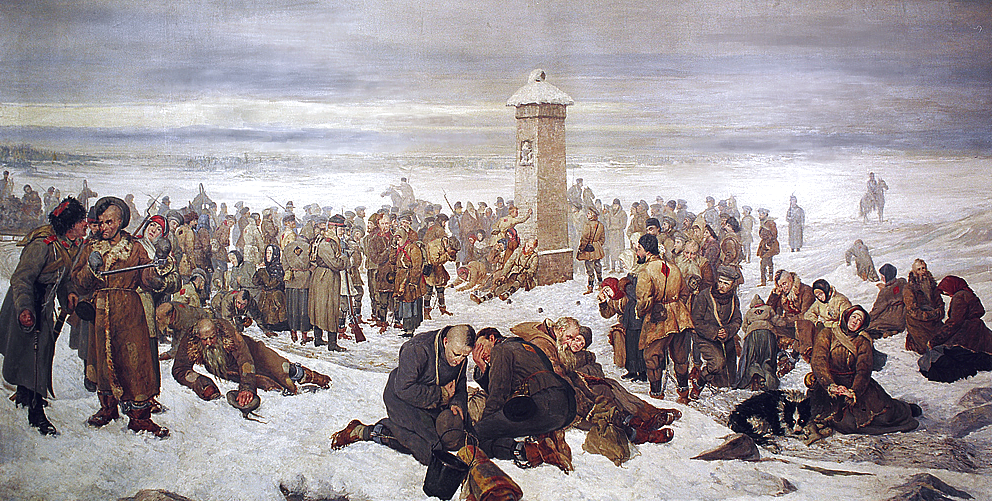 This painting by Aleksander A. Sochaczewski, himself exiled, and entitled ‘Farewell to Europe’ shows the conditions Poles had to endure.Public domain

Towards the end of October the uprising had lost momentum and Russia imposed a harsh and brutal regime in Warsaw in order to crush any further dissent.

Part of the insurgent army survived in southern Poland, but in reality were already a spent force.

By April 1864, the leaders of the uprising were arrested and executed, marking the official end of the January Uprising.

According to Russian statistics, after the end of the insurrection 396 people were executed and 18,672 were exiled to Siberia.

Vast numbers of Poles were also sent to the interior of Russia and to the Caucasus, Urals and other remote areas.

Around 70,000 people were imprisoned and subsequently exiled from Poland and consigned to distant regions of Russia.