Located on Warsaw’s eastern bank, the Sinfonia Varsovia Centrum is expected to be completed in 2024, and will be home for the Sinfonia Varsovia, a Polish symphony orchestra established in 1984, which has since become an institution of culture of the city of Warsaw. For years, the orchestra lacked its own base, with rehearsals held in numerous places. 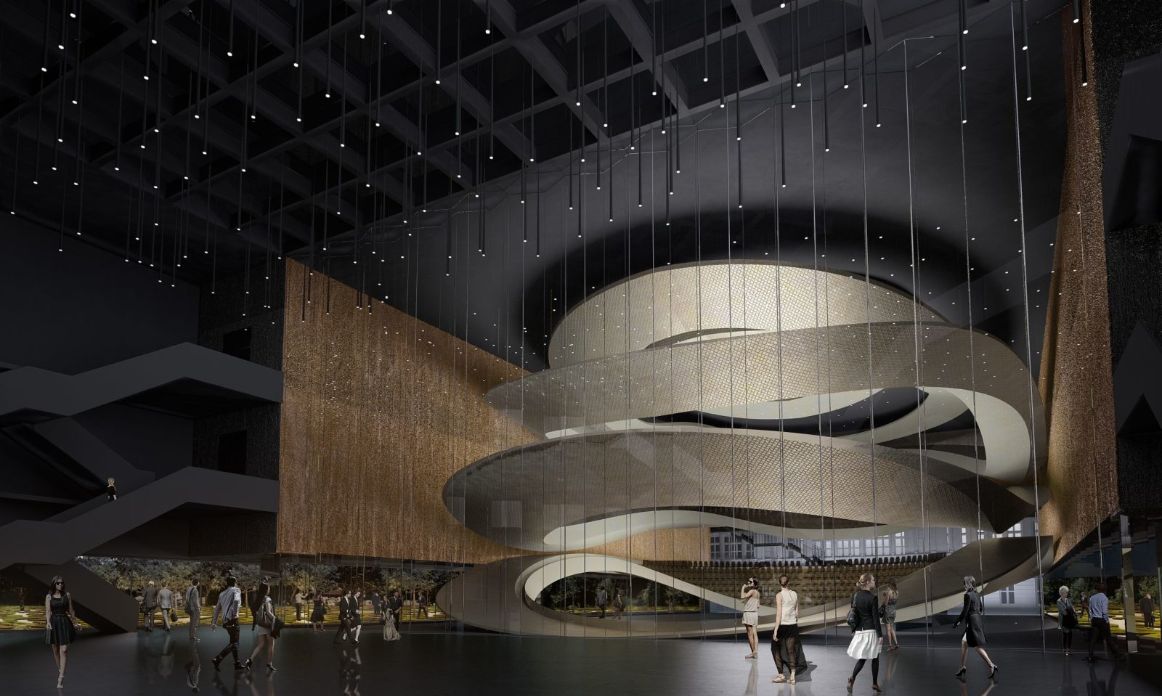 The project aspires to be more than a place to listen to classical music: it seeks to create a new cultural centre in this less less-visited part of Warsaw where locals and visitors can spend time.

Located in the historical Kamionek neighbourhood, which was once a centre of the textile industry, the site will combine old and new elements. The new concert hall with its 1,850 seats will stand alongside five historical buildings from the former Veterinary Institute dating back to 1899, which will be renovated and adapted. There will also be a garden and terrace.

“The basic idea of the hall is to create the excellent acoustic conditions of a traditional concert hall plus the dense atmosphere and experience of a ring-shaped sports stadium,” say the architects.Atelier Thomas Pucher

The architect is Atelier Thomas Pucher from Graz, Austria, who was selected from 138 entries in an international competition.

“The basic idea of the hall is to create the excellent acoustic conditions of a traditional concert hall plus the dense atmosphere and experience of a ring-shaped sports stadium,” the architect’s studio states on its website.

The acoustic advantages will include the hall’s volume, fostering reverberation for symphonic music, and the shape of the ceiling, which will distribute sound throughout the room.

The project is expected to be completed by 2024.Atelier Thomas Pucher

The project is supported by the city as part of the Integrated Programme for the Revival of the Capital City of Warsaw.

A tender for the general contractor will be announced this summer. According to the project’s schedule, the first stage of construction work, focusing on historical buildings by Grochowska Street, will be completed in 2021, with the second stage, encompassing the concert hall and grounds, due to be ready three years later.