Poland thrash Canada, France and Russia in ‘tense friendly’ ahead of World Championships

Poland volley-slammed their way to victory this weekend beating Canada, France and Russia in the XVI Memorial of Hubert Jerzy Wagner volleyball championships.

The friendly tournament in Kraków puts Poland in a strong position for the upcoming World Championship.

Following the match against Russia, Poland coach Vital Heynen said: “After this tournament I can confirm what I knew before – I have 14 very good players at my disposal. I didn’t even count how many of them played today. It doesn’t even matter, but I’m sure, that each one of them represents a very similar level.

“Perhaps we don’t have the best players in the world, like Leon or Maxim Mikhaylov, but I can say with all responsibility, that those I have at my disposal are great.”

Referring to the constant changes he made to squad lineup during the 3 matches, he added: “During the World Championship I will have a basic 6, but I will also make changes in it. This is certain.” 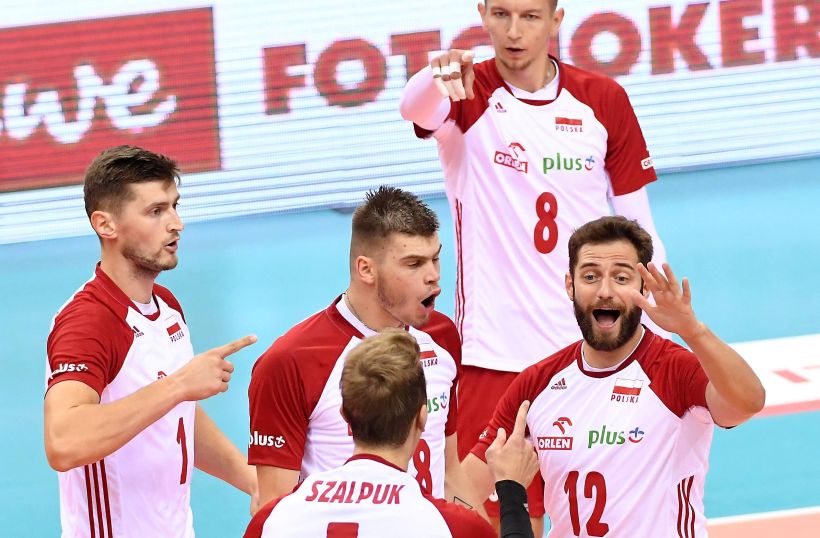 Polish volleyball players celebrating during the match with Russia. The 3-2 result is a good sign before the World Championship.Jacek Bednarczyk/PAP

This was Poland’s 8th triumph in the Wagner Memorial. The white and red team began the tournament with a relatively easy 3-0 win over Canada. The Saturday match with France was a much closer affair, with the result of 3-2 for Poland.

On paper, the Russian team is currently the strongest in the world, yet that didn’t faze Heynen’s boys who blasted home 13 aces.

Captain Michał Kubiak praised his team saying: “Our serve functioned very well during the match with Russia. I would like to congratulate everyone, who contributed to our success, even though the result of this tournament was not the most important thing.

“From day to day we understand each other better on the court. It is crucial we stay healthy until the championship. I believe we can go far there.”

The men’s Volleyball World Championship, which will be held on September 9-30 in Italy and Bulgaria is a chance for the Polish team to repeat their success from 4 years ago, when they seized the first place.

As last preparations, they will travel for a training camp in Spała, and then to Szczecin for two sparings with Belgium.