One hundred years ago on February 10, 1920 Poland regained access to the sea, and the historic event was celebrated with the ‘Wedding to the Sea’, an act that symbolised the country’s reconnection to the Baltic.

Poland had lost access to the Baltic Sea in 1793 as a result of the Second Partition and the loss of Gdańsk to Prussia.  Come World War I and with Poles fighting in the armies of Russia, Prussia and Austria-Hungary, the re-emergence of the Polish state, let alone a country with a sea port, seemed unlikely, but there was a flicker of hope. 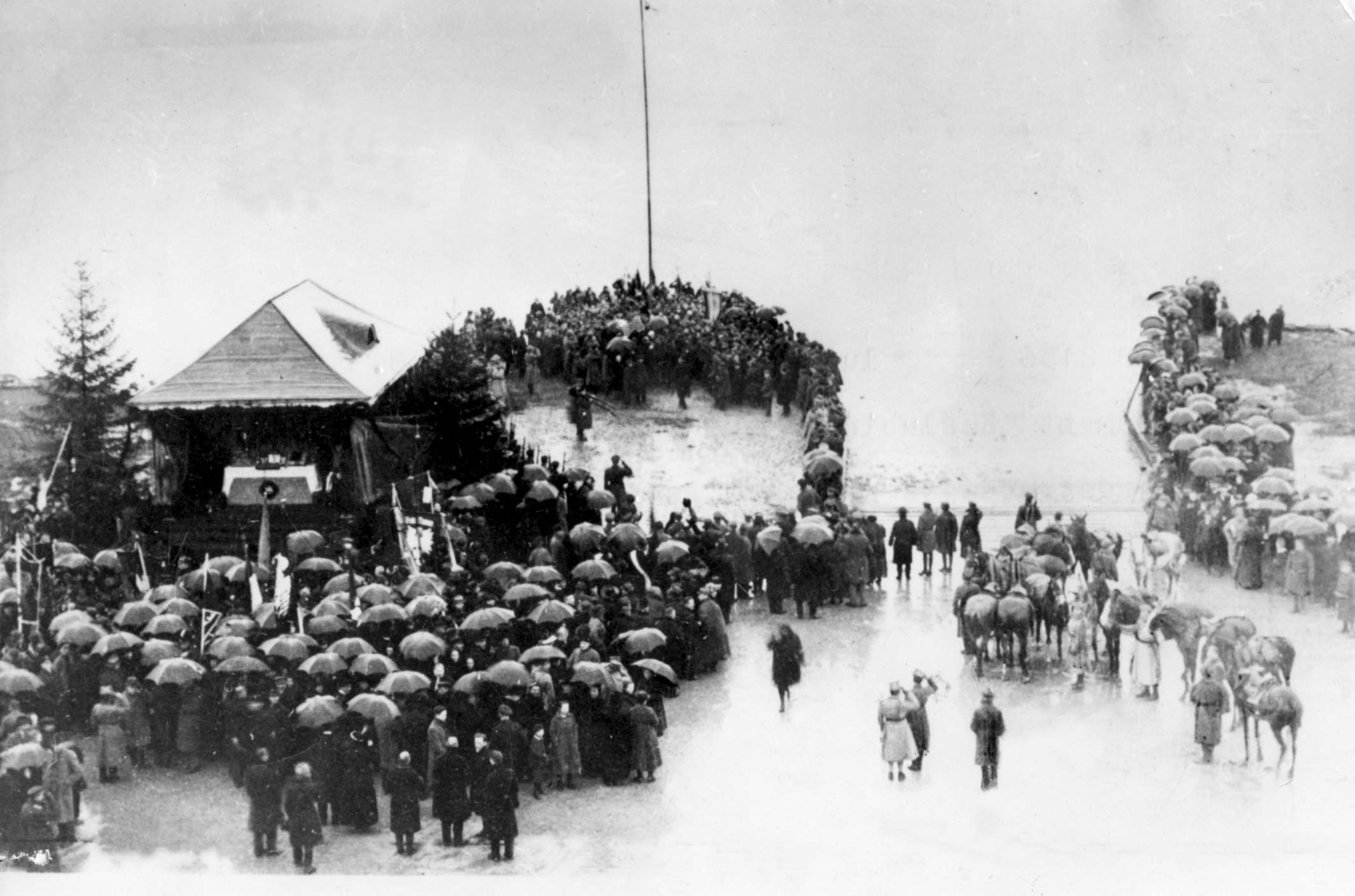 A photograph of the original ‘Marriage to the Sea’.PAP

The 13th point of President Thomas Woodrow Wilson's message of January 8th, 1918, addressed the Polish cause: "An independent Polish state should be erected which should include the territories inhabited by indisputably Polish populations, which should be assured a free and secure access to the sea, and whose political and economic independence and territorial integrity should be guaranteed by international covenant."

Eleven months later, the reborn state made clear its ambition to gain access to the Baltic Sea. On November 28, 1918, the head of state ordered the establishment of the Navy Section of the Ministry of Military Affairs. Officers and sailors serving in the navies of the three partitioning states and merchant fleets were recruited. The first port of the revived navy was created in Modlin. 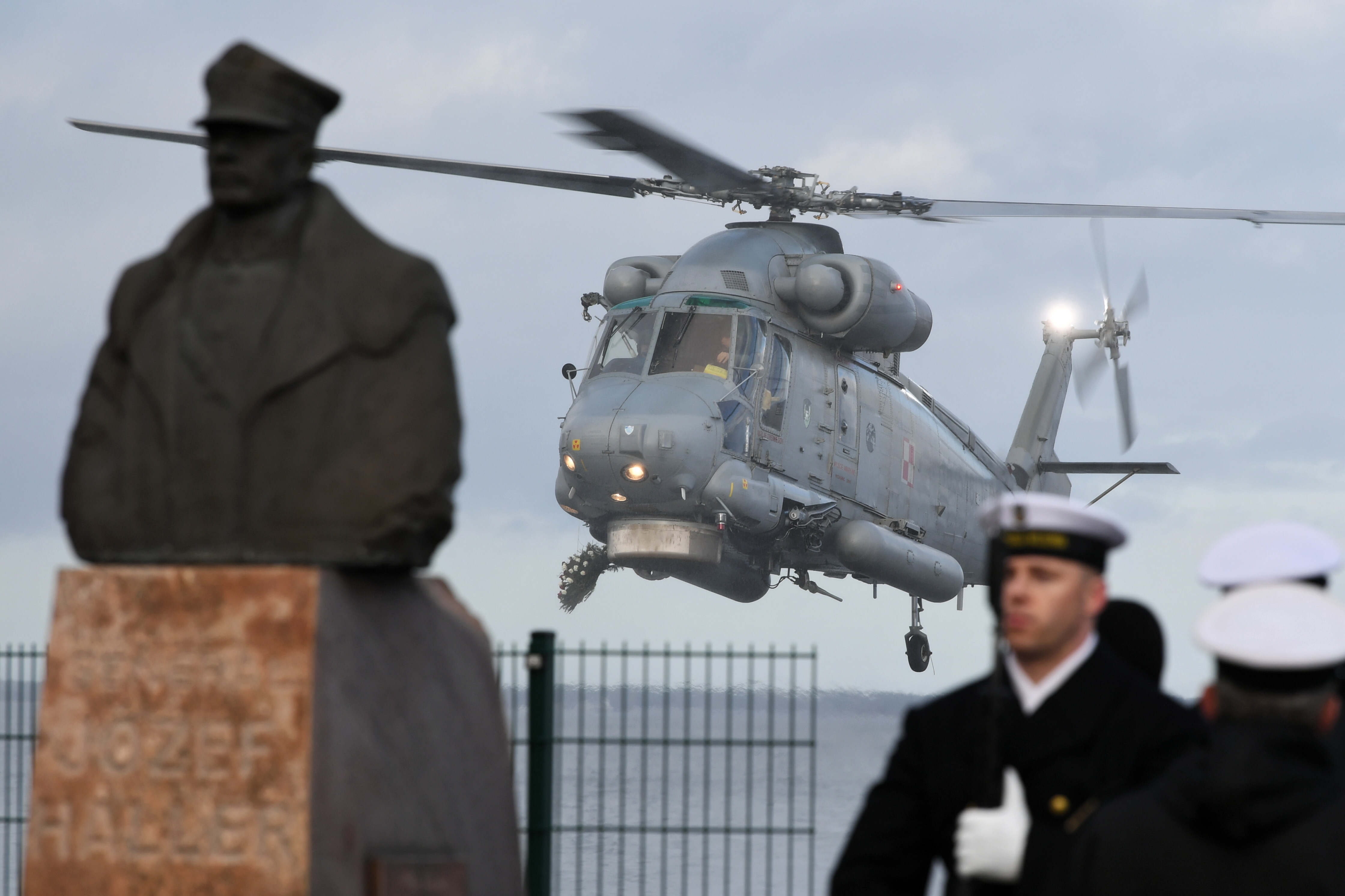 By February 10, 1920 Poland had recovered Pomerania and a celebration took place in Puck.Adam Warżawa/PAP

Finally, under the Treaty of Versailles signed in June 1919, Poland gained access to a 147-kilometre stretch of Baltic Sea coastline. However, the strip had no major port, with the only port available, Puck, being able to accommodate just the smallest naval vessels (trawlers, patrol ships, gunships), fishing boats and very small commercial vessels. Gdańsk was to be a Free City remaining under the patronage of the League of Nations.

On January 20, as the Polish army took control of the lands previously controlled by Prussia, General Haller stated in an appeal to the inhabitants of Pomerania region, now belonging to Poland: "Today opens before you an era of new life and splendour, the new golden age of the Zygmunt and Batory, when the Vistula and our sea will again become the link between Poland and the whole world". 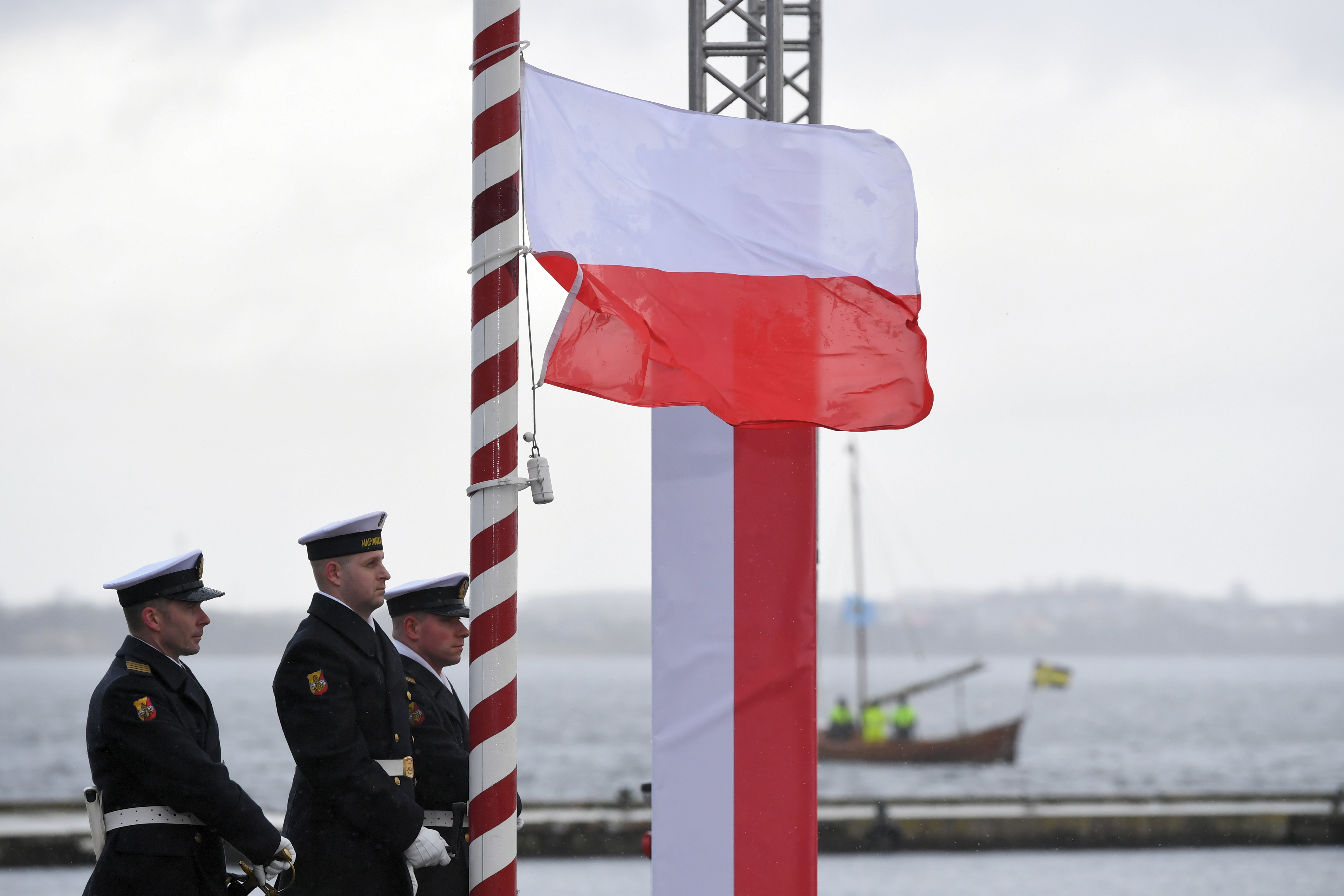 Regaining access to the sea was of huge importance for the young Polish republic.Adam Warżawa/PAP

By February 10 Poland had recovered Pomerania and a celebration took place in Puck. Being an auspicious day the Commander of the Pomeranian Front, General Haller, was accompanied by a twenty-member delegation from the Sejm, government representatives, including Minister of the Interior Stanisław Wojciechowski and Deputy Prime Minister Wincenty Witos. 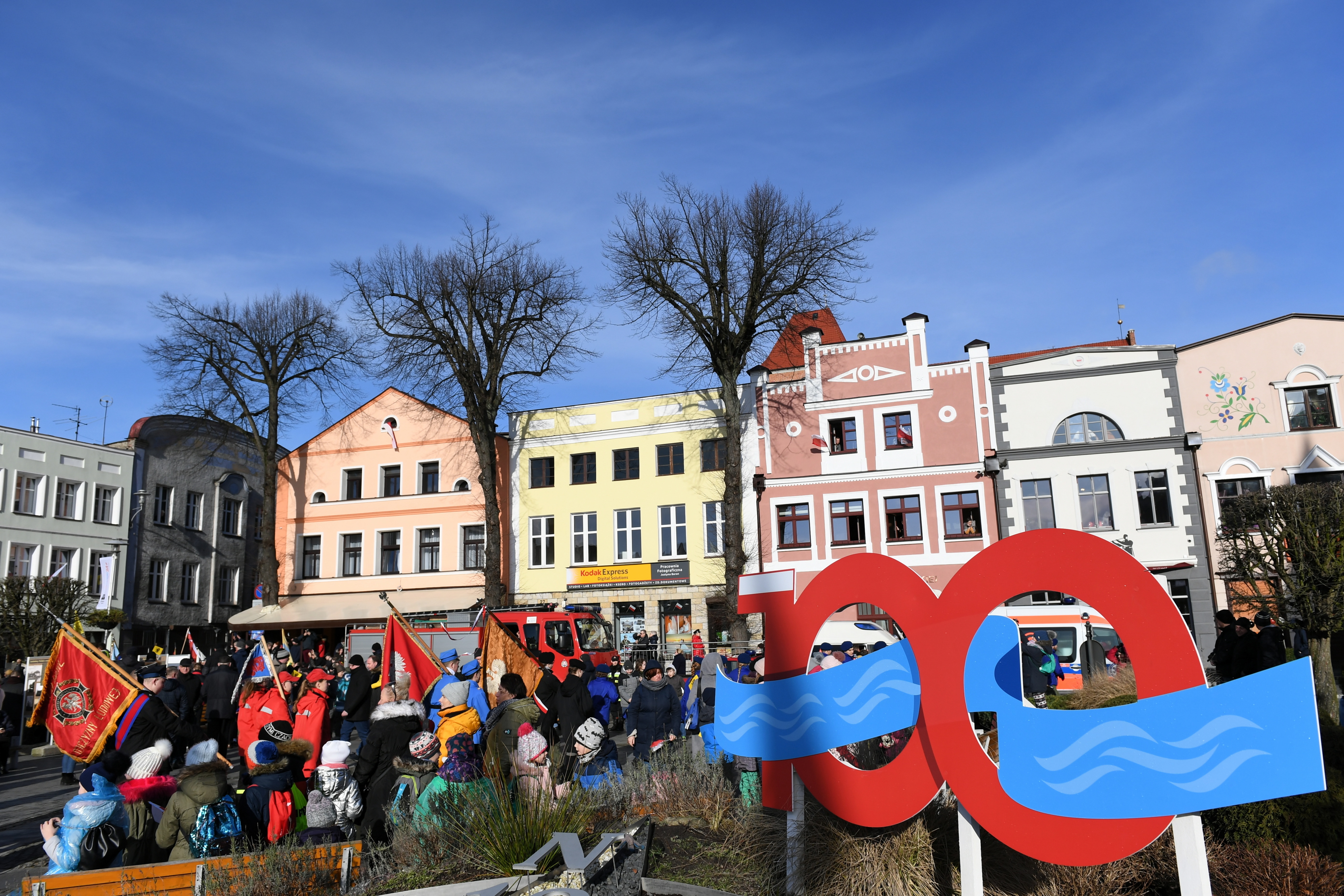 Celebrations took place in Puck to mark the anniversary.Adam Warżawa/PAP

Gen. Haller recalled:  "After the Holy Mass, at the cannon salutes and playing of the Polish anthem, the Polish naval flag rose up the mast. Standing under the flag I declared in a short speech that we had returned to the sea and that the Republic of Poland will become the ruler of its Baltic Sea again, as a sign of which - the marriage of Poland to the Baltic - I threw into the sea a ring presented by the Polish people of Gdansk, which will be Polish again."  Polish banners were also unfurled on fishing boats and transport ships. 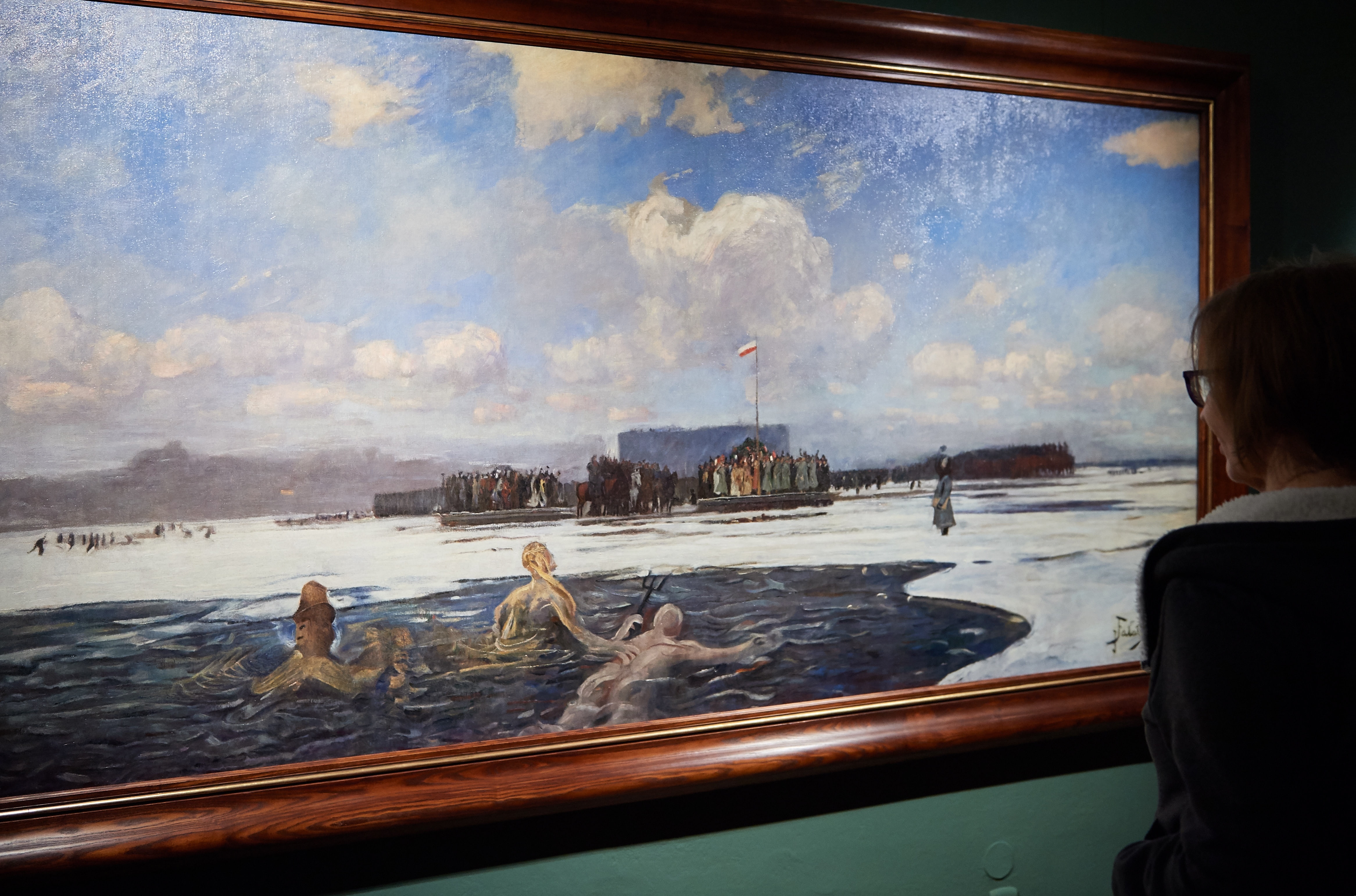 A painting by artist Julian Fałat celebrates the marriage.Adam Warżawa/PAP

The ceremony, which is commemorated to this day, ended with the placing of a pole in the water with the Jagiellonian eagle engraved on the sea side and an inscription on the land side: "In the Year of the Lord 1920, on February 10, the Polish Army, led by General Józef Haller, took over the Polish sea for perpetual possession" and signing of a special act took place decreeing Poland’s ‘marriage to the sea’.