The PM has taken to social media to present his plan for bridging the gap with richer countries, by releasing a video featuring Warsaw Uprising hero Wlodzimierz Wisniewski.

In the 1-minute-48-second video, the PM said: "Today, the protection of the Polish economy is another big challenge.

“We have a plan and we will catch up with the richest even faster, because we are a hard-working, creative and united nation.”

He added that the government’s quick and decisive action from the start of the epidemic had helped Poland avoid the tragic scenario seen in many other countries. 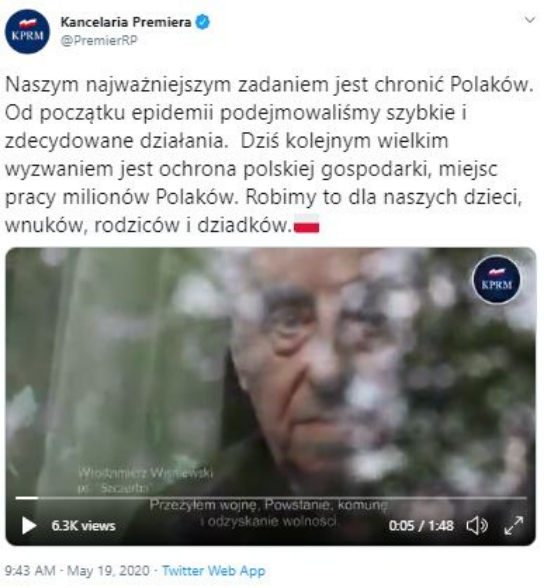 In the 1-minute-48-second video, the PM said “We have a plan and we will catch up with the richest even faster, because we are a hard-working, creative and united nation.”PremierRP/Twitter

To protect the Polish economy and the jobs of millions of Poles, the PM said that the government has engaged the largest number of funds in history, and the subsequent stages of lifting restrictions were done ‘in a responsible way’.

He said: "We need a 'new normality,' because the world will not be the same. (...) We remember who we are doing it for.

“For our children, grandchildren, parents and grandparents.”

The video begins with Warsaw Uprising hero Wlodzimierz Wisniewski, aka "Szczerba," saying he is proud of how his country and countrymen "were dealing with this great threat," and he praised their solidarity. 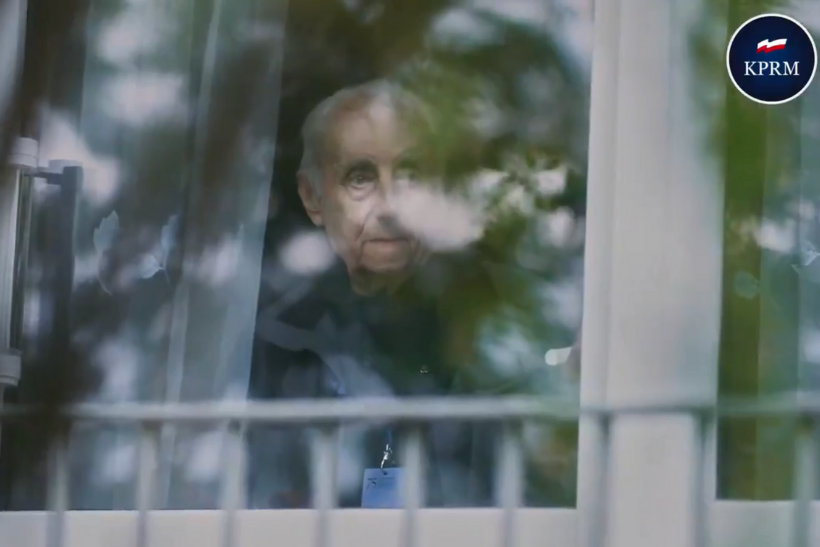 He said: "I have lived in this world for a long time. I survived the war, the (Warsaw - PAP) Uprising, communism and regaining of freedom.

“Today, I see how the whole world is struggling with the epidemic. I see great tragedies, people dying, chaos and the weakness of countries.

“But I also see that, again, Poles are passing the test."