Playboy model from Gliwice stands for election in Canada

A Playboy model from Gliwice is running for parliament in Canada.

Ania Krosińska, who is better known to her millions of fans around the world as Charlie Riina, is standing for the People's Party of Canada in Humber River Black Creek which has a population of about 110,000. 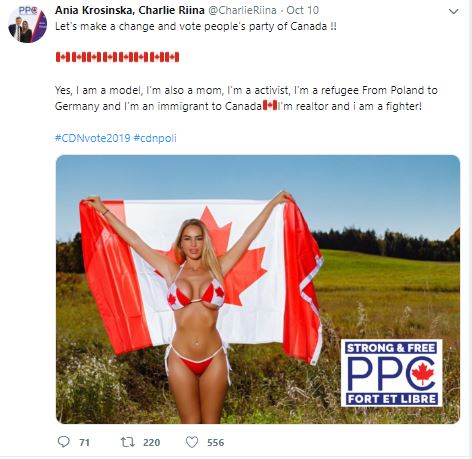 Posting on Twitter, the 35-year-old told her fans she’s a ‘fighter’.charlieriina/Twitter

After winning multiple awards as a child chess prodigy, the blonde moved to Canada where she went on to study criminology and forensic sciences at the University of Toronto.

In an interview with Playboy, the 35-year-old said: “I was born in Poland in Gliwice and I speak Polish fluently.

“I am proud of my Polish origin and cultivate Polish traditions.

“Anyway, my grandparents and most of the family still live in Poland. 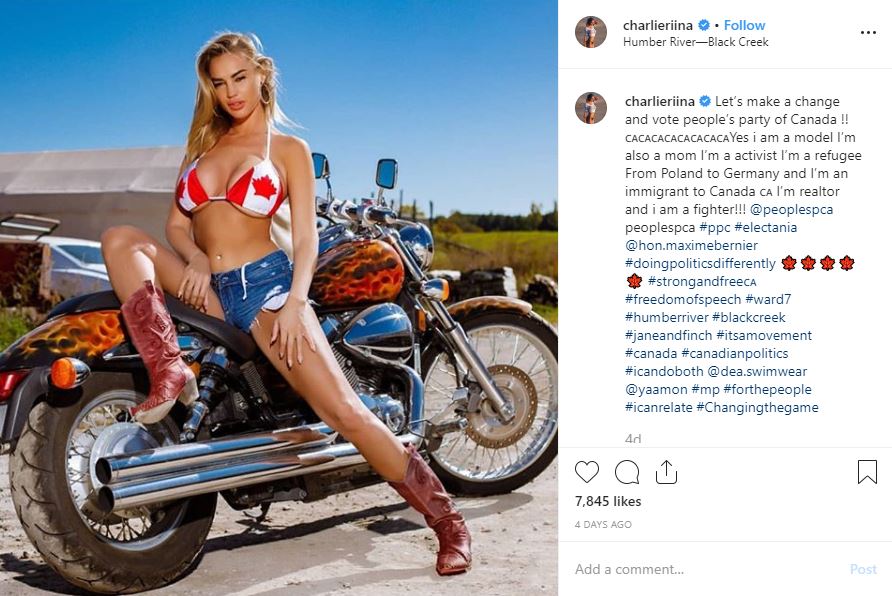 Krosińska urges her supporters to “make a change and vote people’s party of Canada !!”.charlieriina/Twitter

In addition to pursuing a successful career in modelling, which has seen her win both Miss Hawaii and Miss Toronto before going on to appear on the covers of Playboy and various other international titles, the 172cm-tall model is a keen activist and philanthropist.

In 2013, she set up the nonprofit organisation Heroes in Black, which helps homeless youths at-risk, and in addition to various other projects was involved with Rally for Kids with Cancer’, an organization that has raised over 15 million dollars towards Sick Kids Hospital in Toronto.

In the 2016 Scarborough—Rouge River by-election, Krosińska ran for the Trillium party. 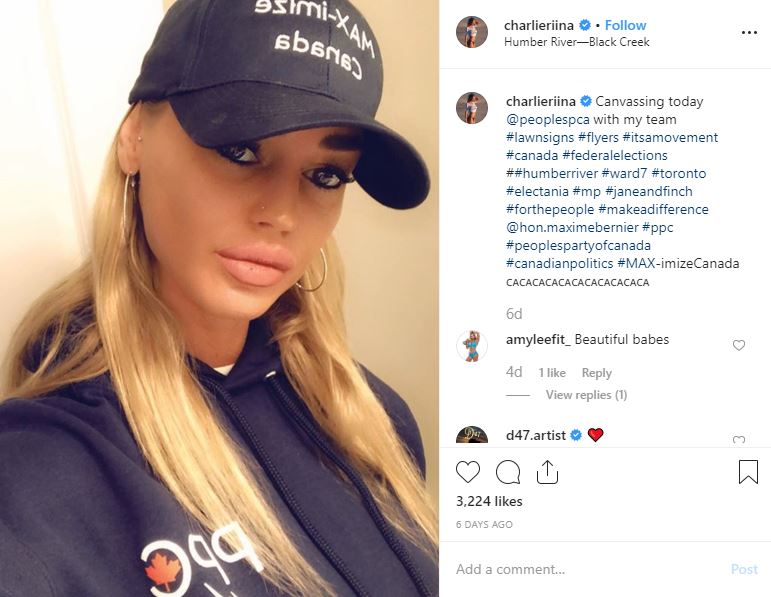 After winning multiple awards as a child chess prodigy, Krosińska moved to Canada where she went on to study criminology and forensic sciences at the University of Toronto.charlieriina/Twitter

Now the Gliwice knock-out, whose Facebook account says she works at the Canada-Poland Chamber of Commerce, is looking to represent her local community in parliament.

Posting on Instagram alongside a photo of herself straddling a motorbike, she wrote: “Let’s make a change and vote people’s party of Canada !!

“Yes i am a model I’m also a mom I’m a activist I’m a refugee From Poland to Germany and I’m an immigrant to Canada. I’m realtor and i am a fighter!!!” 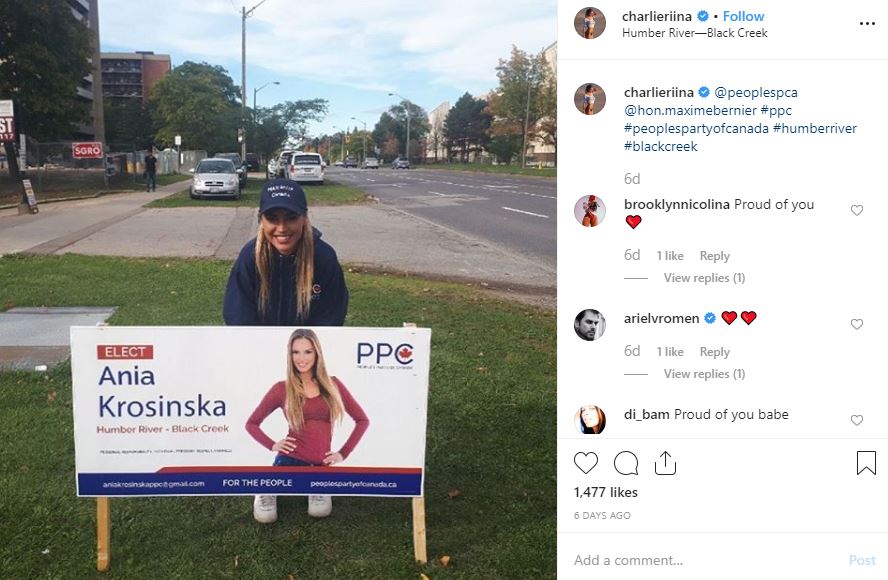 In addition to modelling and politics, Krosińska is a philanthropist and activist.charlieriina/Twitter

Founded on 14th September 2018 by current leader Maxime Bernier, the People's Party of Canada has an estimated membership of 40,000

According to the latest polls Krosińska is not ranked among the front four candidates who account for over 90 percent of the votes.