Next in the series of “Life’s Little Mysteries” TFN presents to you the town of Piotrków Trybunalski.

And the mystery? In this case, the riddle lies in its basic lack of tourist numbers – not presently, of course, as that’s a problem that’s befallen pretty much everywhere on the planet, but rather in broader pre-covid terms. 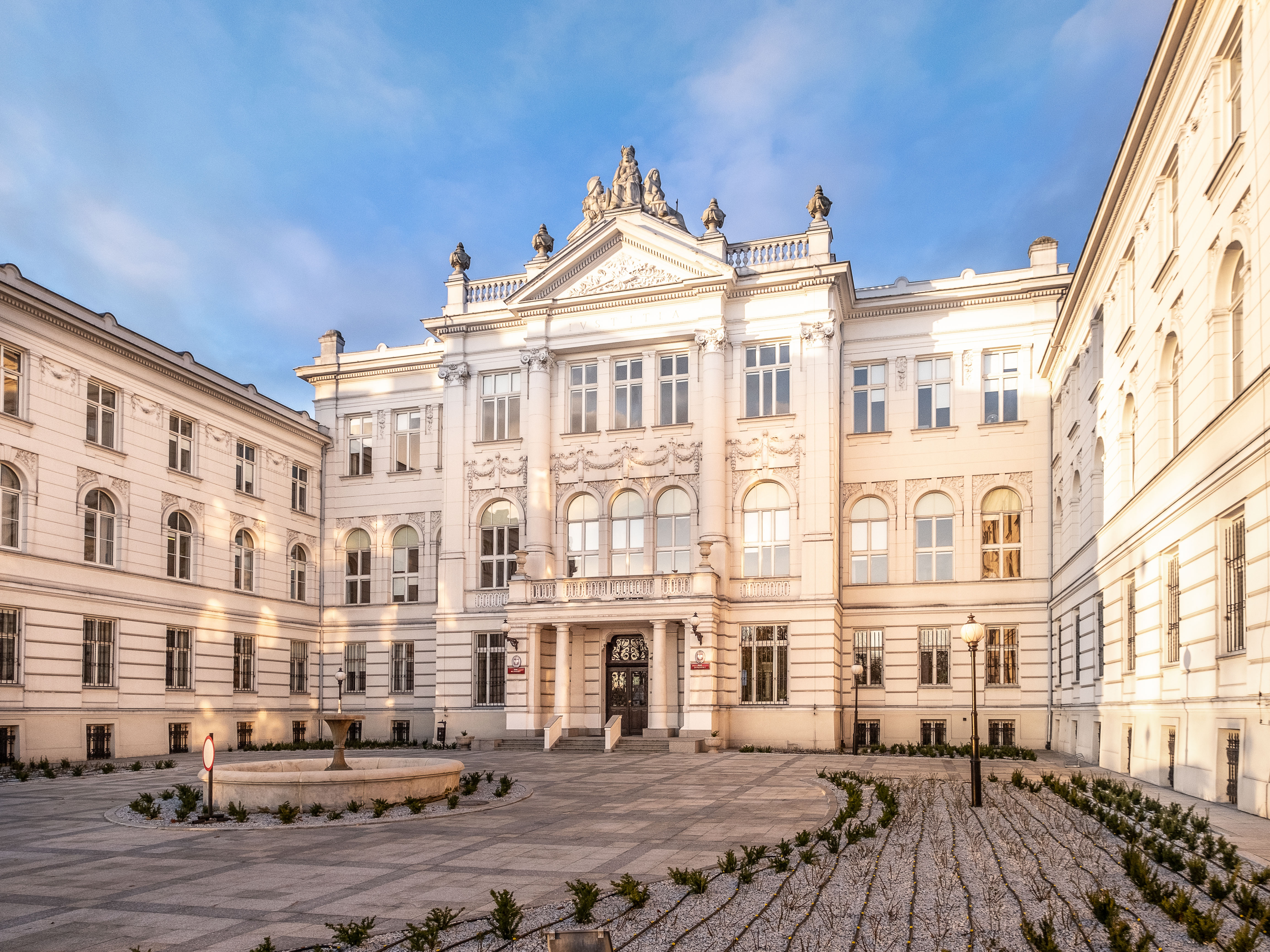 An important centre of trade and manufacturing during the time of Tsarist occupation, Piotrków Trybunalski and the wider province became the wealthiest district in the Kingdom of Poland.Kalbar/TFN

Height of summer? Empty. Every other time? You may as well be lost in orbit. This alone defies common sense for while residents of the capital enthusiastically make annual pilgrimages to Poland’s far-flung corners, Piotrków – just 90 minutes by train south-west of Warsaw – is resolutely bypassed by all but a handful.

And yet this town of 75,000 states its case the moment you alight at its smart, revamped station. 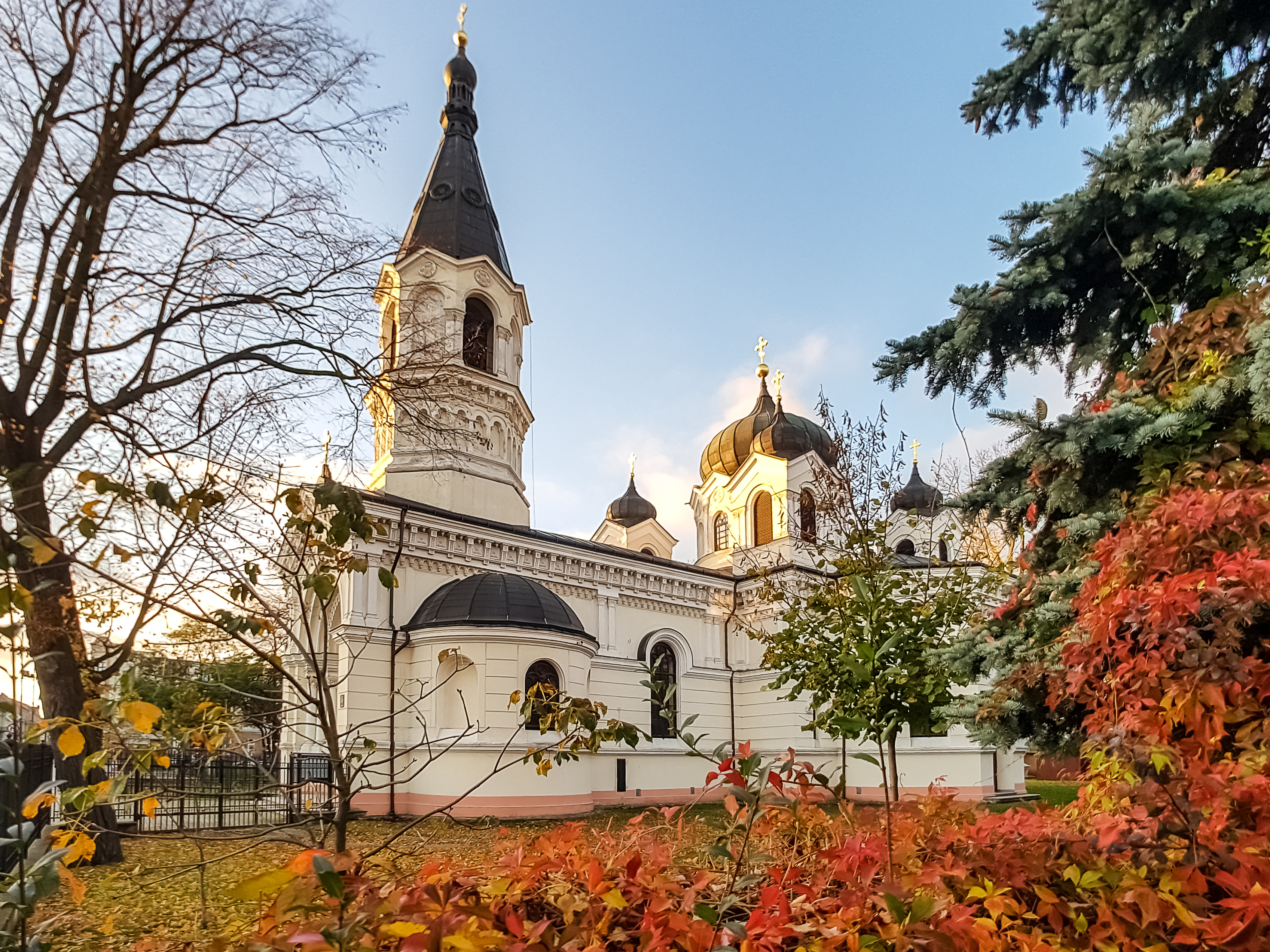 Linked by rail ever since the Warsaw-Vienna line was inaugurated in 1846, Piotrków Trybunalski’s fortunes – like Łódź down the road – were closely linked to the Industrial Revolution. An important centre of trade and manufacturing, it boomed during this time of Tsarist occupation with the wider province becoming the wealthiest district in the Kingdom of Poland.

From there, however, any associations and comparisons to Łódź must be consigned as irrelevant – and that’s particularly true now. If today Poland’s third city presents itself as a dynamic centre of creativity, not to mention a reborn town of gritty urban edge, then Piotrków, on the other hand, is an elegant backwater of sedate soul and spirit. 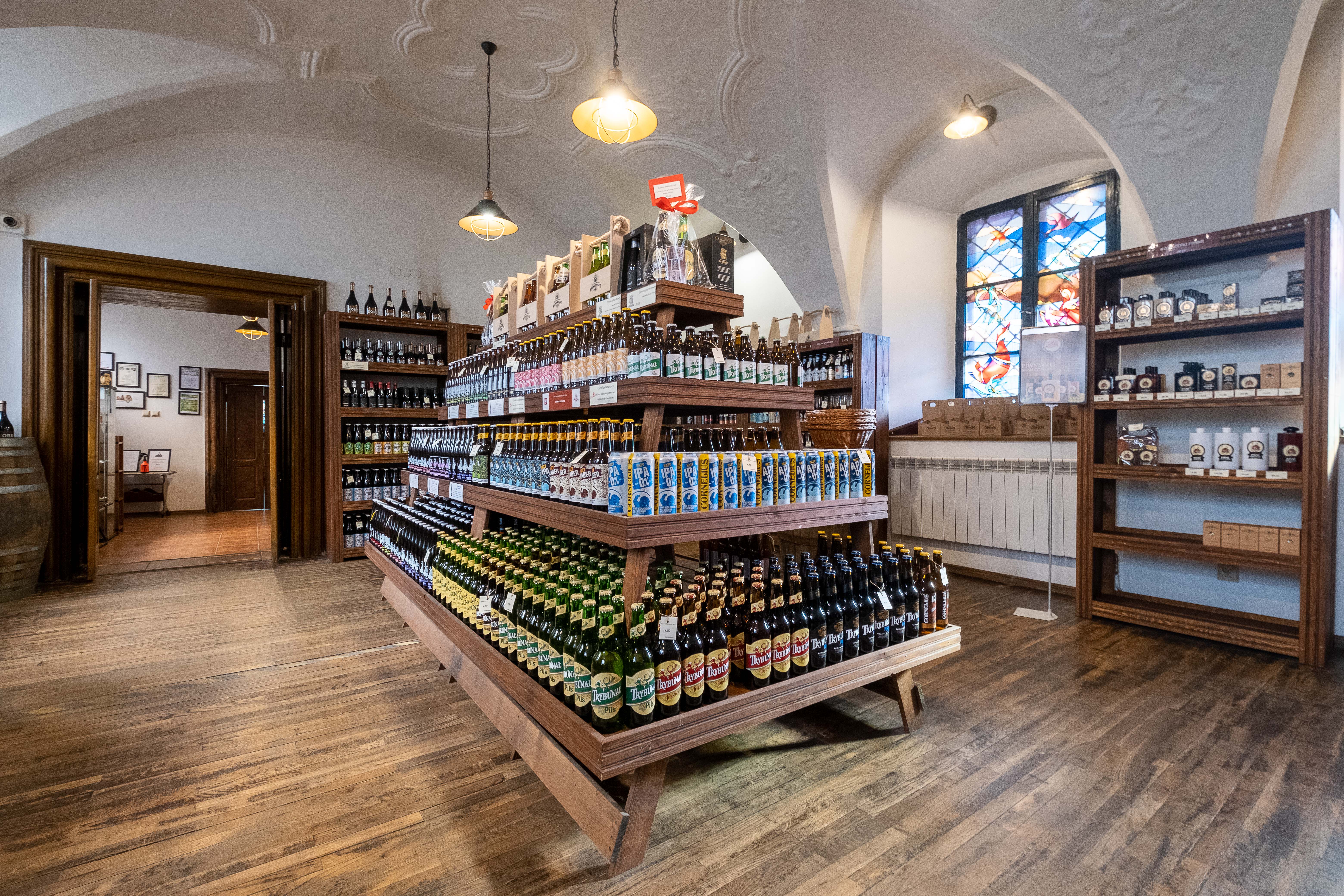 Marketing itself as one of Poland’s historic beer cities, its brewing heritage traces back to the Middle Ages.Kalbar/TFN

That much is evidenced by the walk into Old Town. Passing landmarks such as an inter-war Renaissance-style water tower and manicured parks, visitors prowl past an endless stream of swan white structures the facades of which are untouched by pollutants: majestic 19th century governmental institutions, Baroque-era monasteries, an onion-domed Orthodox cathedral and neat-looking tenements of uniform height.

Litter and graffiti – hallmarks of Łódź – are suspect in their absence and so too the giant rotting carcasses of factories long abandoned. The greatest glory, though, is saved for the Old Town, a tight network of streets that sprout grid-like around the Rynek. 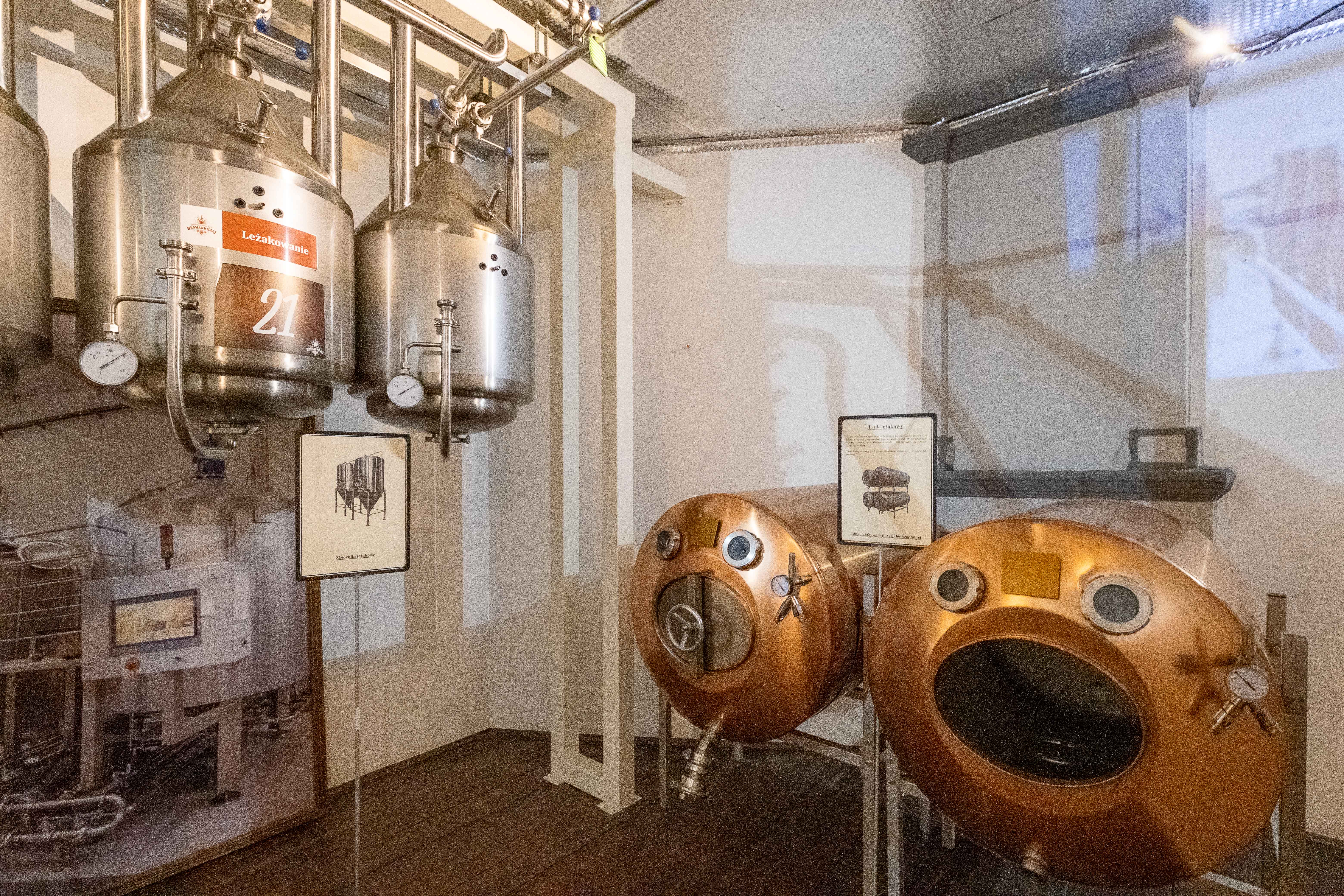 The town’s beer heritage is magnificently celebrated in a modern museum full of dials and pipes and sacks of hops just off the corner of the Rynek.Kalbar/TFN

Reconstructed after fires in 1786 and 1835, the compact dimensions of this square are framed by tidy townhouses coloured in a patchwork palette of sober pastels. Sobriety, though, is not something that Piotrków enjoys much of.

Marketing itself as one of Poland’s historic beer cities, its brewing heritage traces back to the Middle Ages and is magnificently celebrated in a modern museum just off the corner of the Rynek. Amid dials and pipes and sacks of hops, tourists wonder a trail festooned with vintage posters and displays of labels before ending in a store packed with contemporary craft brands. 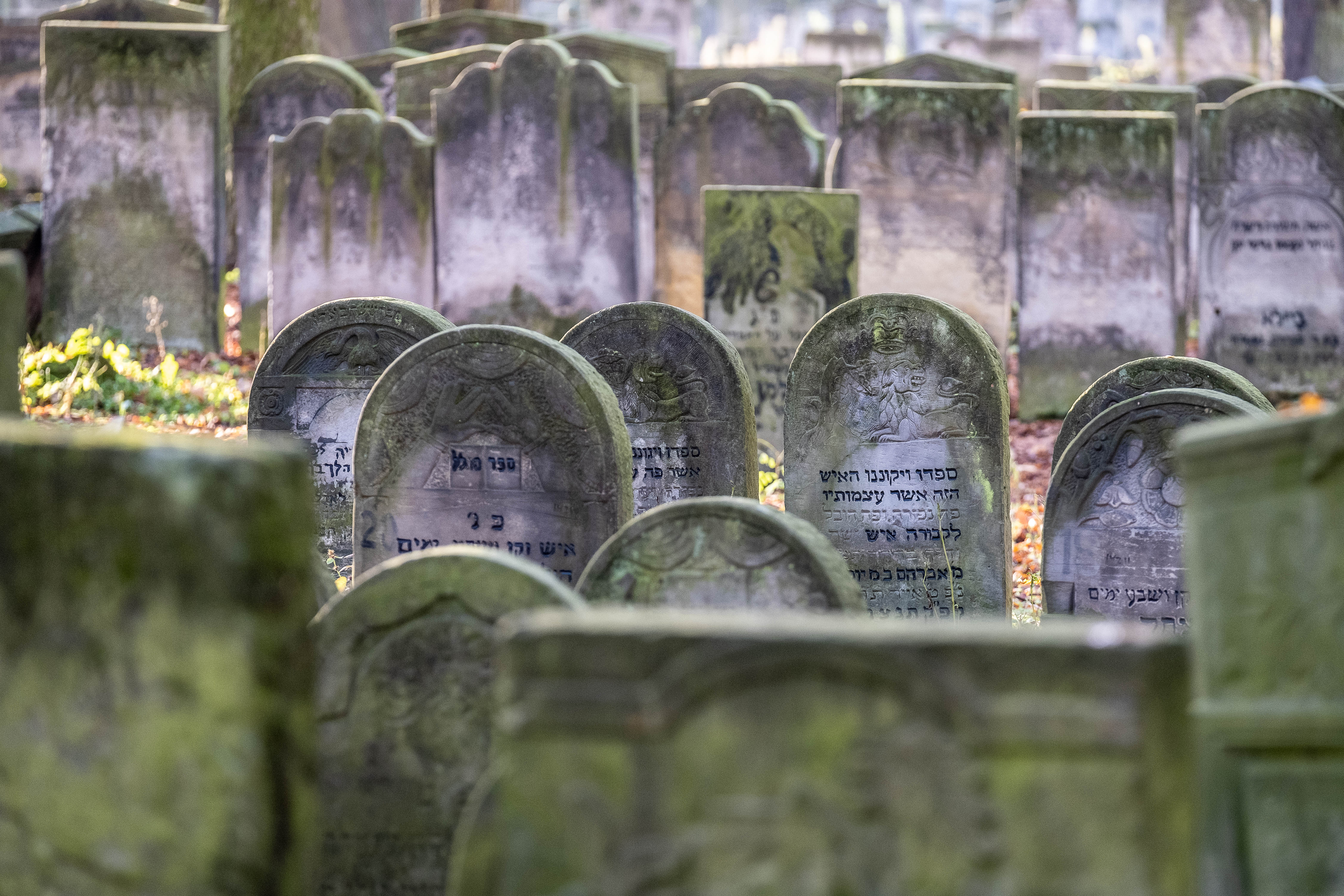 Lying just beyond the Old Town sit the scarred remains of the former Jewish Ghetto as well as a forlorn Jewish cemetery thick with lopsided tombstones layered with moss.Kalbar/TFN

Stock up here, or else drink inside the Staromiejski, a warm hotel with a welcoming bar. It’s here I usually sleep (the hotel, not the bar), and it’s a joy in itself to greet a new day by sweeping back the curtains to view the Rynek down below.

Come morning, watching the Old Town quietly splutter into life is a pleasing sensation, the few noises provided by a solitary delivery bloke clunking beer barrels about and the expletive-filled shouts of an unseen workman. It’s a scene that feels provincial and subdued and perfect for the backdrop.

It’s prime, also, for deeper exploration. Down narrow cobbled alleys – windowsills lined with flowerpots – I peer into the town’s former jail (now with a Biedronka on the corner!) as well as into churches and monasteries finished in exuberant Baroque style. 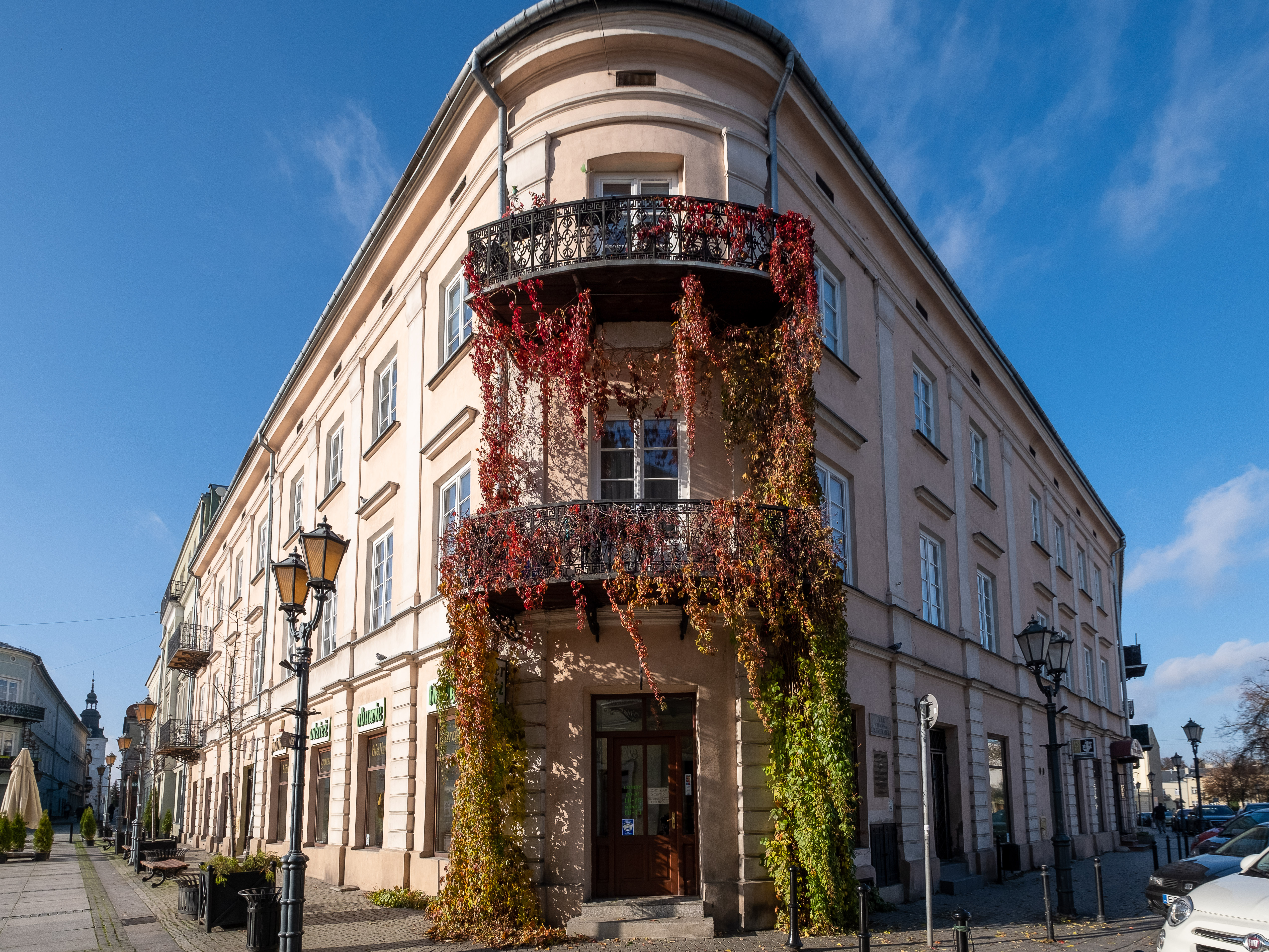 Reconstructed after fires in 1786 and 1835, the compact dimensions of the main square are framed by tidy townhouses coloured in a patchwork palette of sober pastels. Kalbar/TFN

Tenderly renovated and devoid of many of Poland’s usual Old Town trappings (i.e. stores selling junk and neon signs shouting “girls”), it’s not impossible to imagine why it vies with Łódź as one of the country’s most filmed cities: among others, Robin Williams worked here (Jakob the Liar) as too have heroes of Polish kino such as Agnieszka Holland (In Darkness) and the legendary Andrzej Wajda (Pan Tadeusz).

But it is not just Old Town that proves alluring. En route to the 16th century Royal Castle – a brick bastion containing the city’s museum – one sees another side to Piotrków that’s altogether more tragic.

Lying just beyond the Old Town sit the scarred remains of the former Jewish Ghetto. The first such district to be created in Nazi occupied Europe, nowadays the shabby, crumbling tenements pay their own silent testament to these cruellest of days. Looking haunted and haggard, they stand in contrast to a grand, restored synagogue now functioning as a library as well as a forlorn Jewish cemetery thick with lopsided tombstones layered with moss. 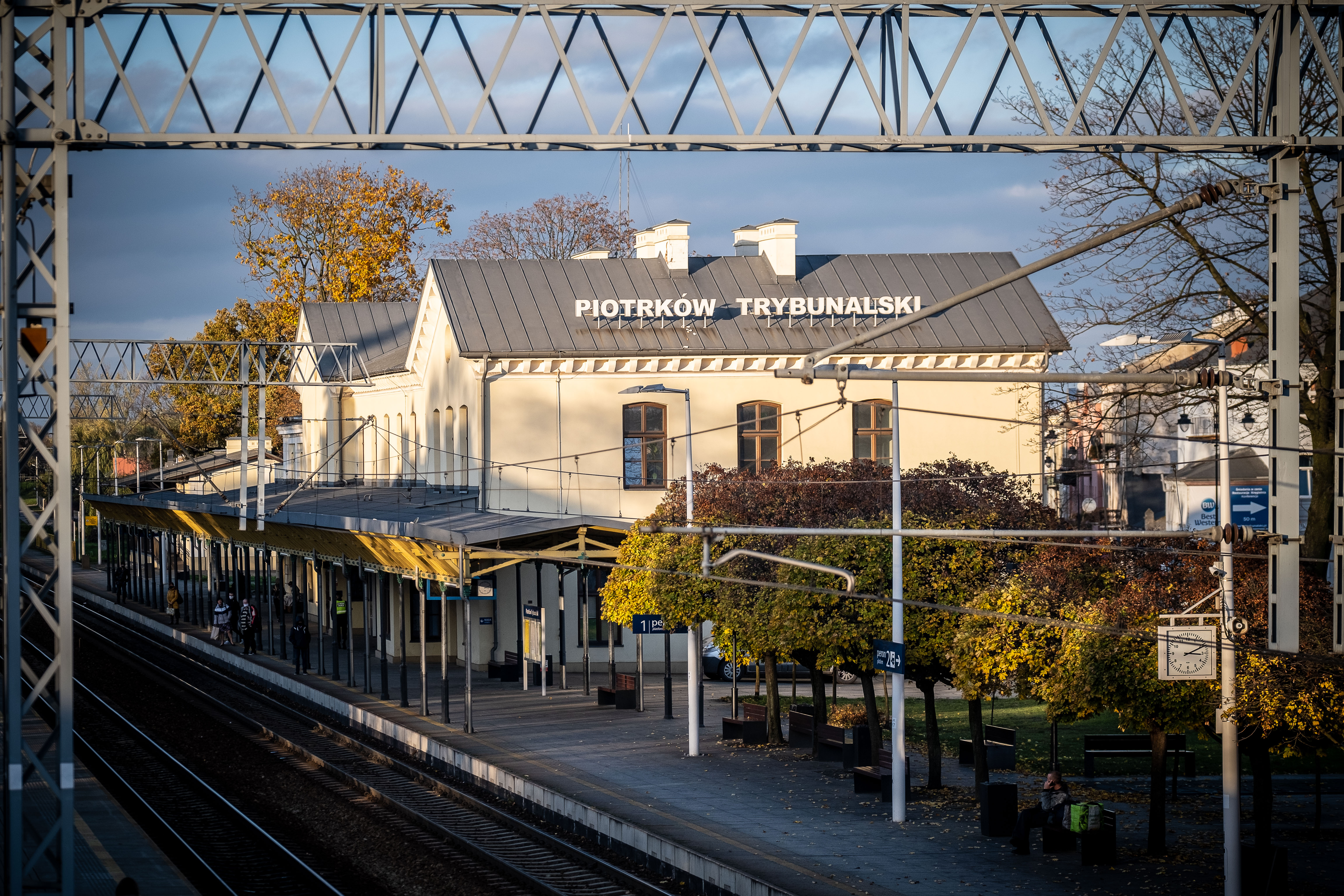 The town of 75,000 states its case the moment you alight at its smart, revamped station.Kalbar/TFN

Silent and contemplative, it feels reflective of Piotrków Trybunalski – a place lost in time and forgotten by outsiders.

Piotrków Trybunalski can be easily accessed by PKP Intercity trains. The journey from nearby Lodz takes just over 30 minutes. From Warsaw it takes about 1.5 hours, from Wrocław in just over 3 hours and from Częstochowa in about 50 minutes. Detailed information on connections is available at www.intercity.pl .