A helicopter pilot left motorists open-mouthed when he landed his chopper at a petrol station, pushed it to a pump, filled it up, and then flew off.

The bizarre scene was captured on mobile phone video showing stunned customers at the station in Garwolin, 66km southeast of Warsaw, watching on as the private pilot pushes his helicopter towards a pump. 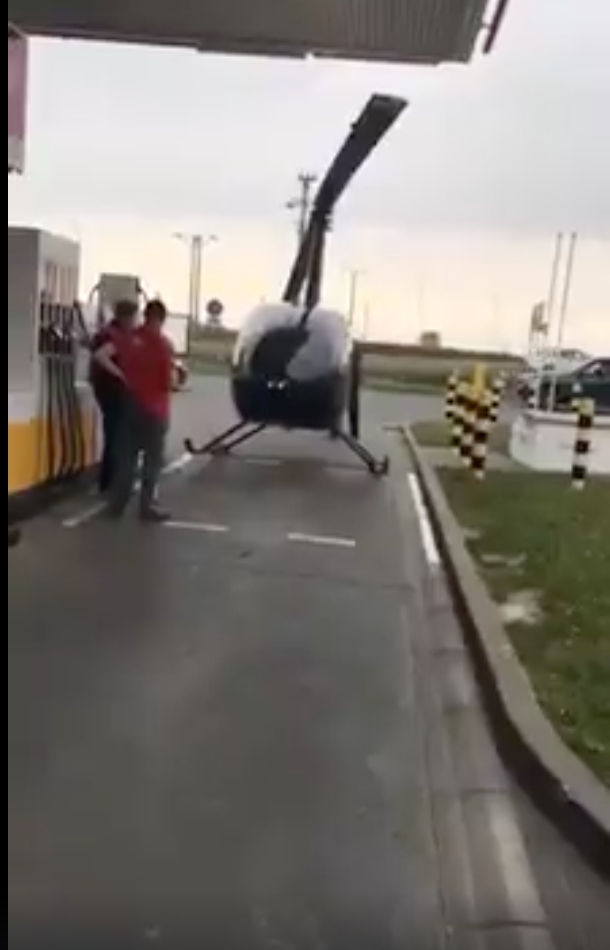 He was then seen pushing the chopper to a pump. Facebook

Another video shows him then filling the tank before paying his bill “as if nothing had happened” getting back into the cockpit and taking off.

One customer told Polsat News: “I have seen many things in my life, but to land a helicopter at the station… 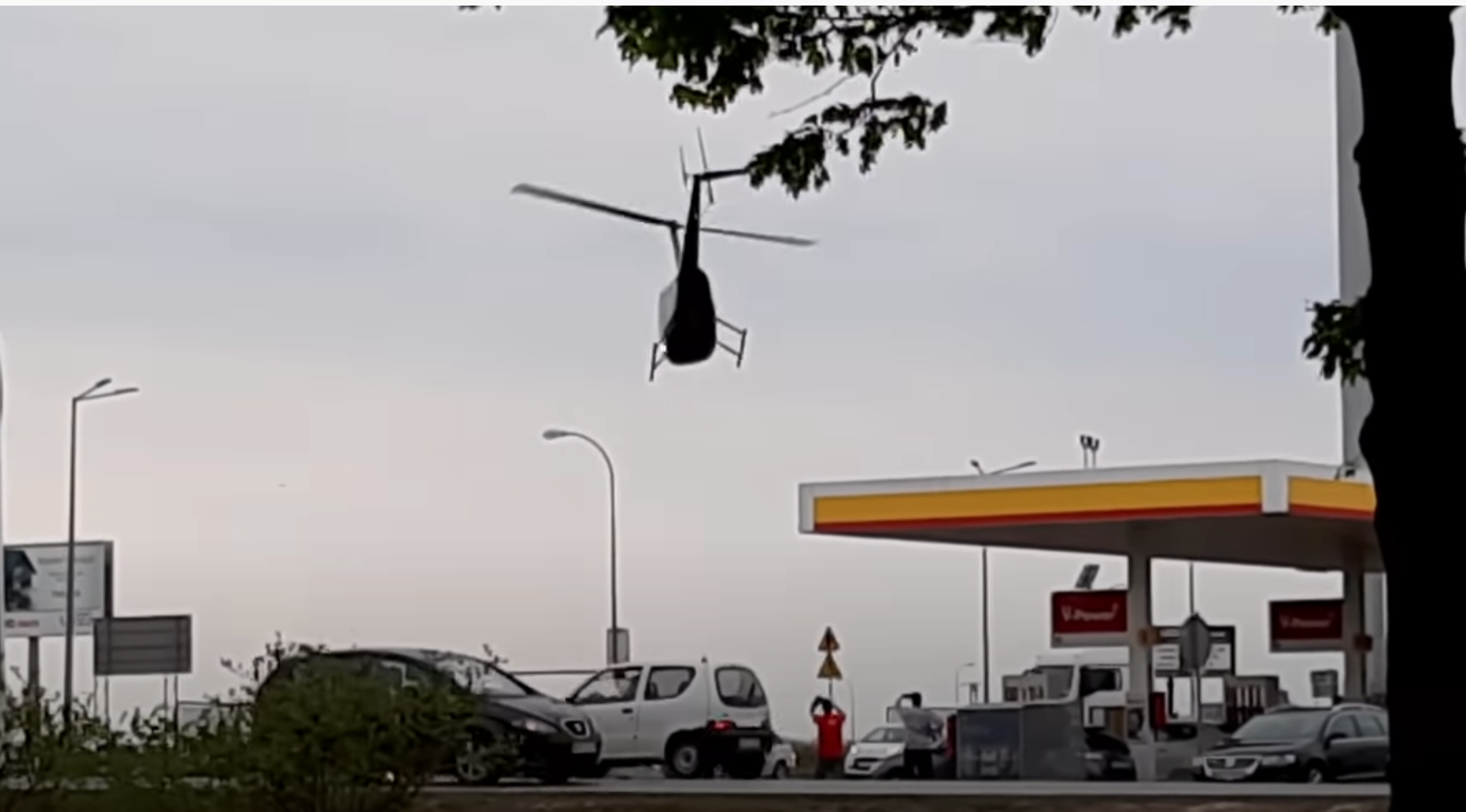 The mystery pilot, whose antics have been viewed nearly 200k times on YouTube which was uploaded on Tuesday, then paid his bill and flew off.YouTube

“You have to be a really good pilot to do such a thing.”

The video which was uploaded to YouTube yesterday has now had close to 200,000 views.

One commentator asked whether he had also bought a hotdog whilst others wondered if he was collecting points on his fuel card.

Police are now looking into the matter.

Spokesman Marek Kapusta told PAP Life: "We are conducting an investigation under the supervision of the prosecutor's office.

”It was not difficult to track him down, because he took an invoice from the gas station, i.e. he gave his details.”