Before the Second World War, Alter Szpilman was a town photographer in Węgrów, a small city east of Warsaw with a large Jewish community. He would capture the portraits of the town’s people, the buildings and nature surrounding them.

Szpilman, his wife Rachel (also known as Hava) and daughter Bina survived the war thanks to their Polish neighbours, most notably Jadwiga Waszczuk, who was named Righteous Among the Nations in July 2011.

In 2013, the Municipal Library in Węgrów published an album with a selection of Szpilman’s photos, commemorating the town’s inhabitant from before the war. Now the collection of photographs is coming out in a Hebrew edition, translated by Dr Bina Hacohen-Szpilman, his daughter. 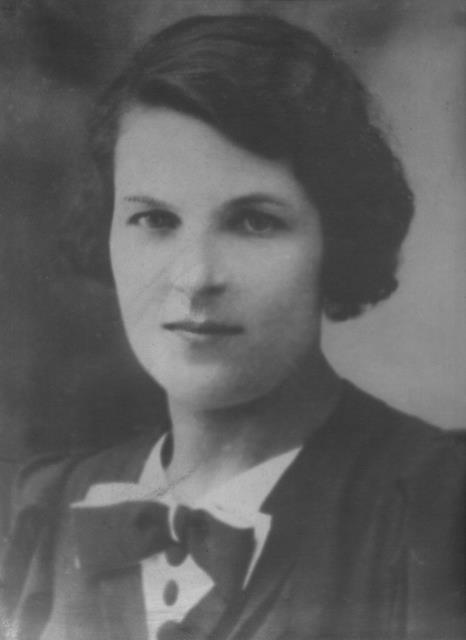 Jadwiga Waszczuk. At risk to her own life, she sheltered Szpilman’s wife and daughter saying 'whatever will become of you will become also of me.'www.britishpoles.uk

The Hebrew edition of the book will bring people closer to the everyday life of a small Podlasie town, in which, as was very common at that time, the Polish and Jewish communities lived in peaceful co-existence.  At the same time the album reminds readers about what was lost due to the horrors of German occupation and the Holocaust.

In December 1940 the Germans forced the Węgrów Jews into a ghetto, which, come 1942, had a population of 8,300. The dire conditions inside resulted in deaths from starvation and disease, but any survivors faced an equally tragic fate; transport straight to Treblinka. On September 22, 1942, on the eve of Yom Kippur, the Germans proceeded to liquidate the ghetto. 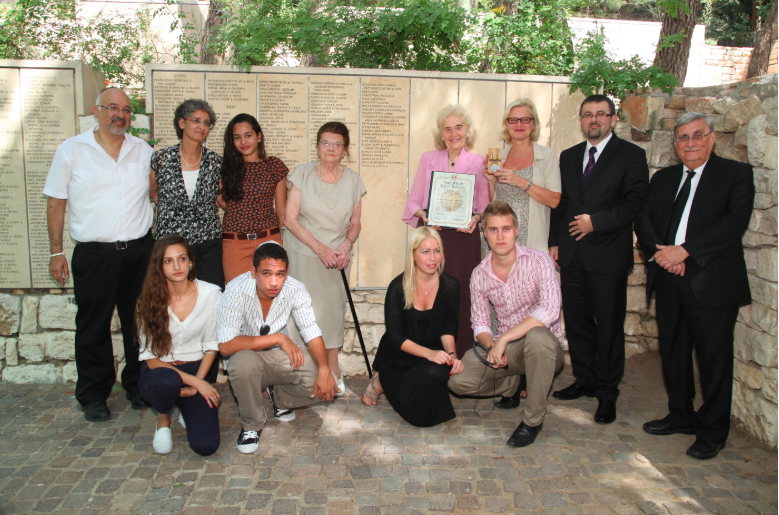 Jadwiga’s daughter Alina holds the certificate honouring her mother as Righteous Among the Nations. With her are members of her own family and to her right Bina Hacohen-Szpilman, whom her mother saved, and her family.www.britishpoles.uk

Rachel and Bina saw what was happening as they were returning from prayer in the synagogue. They started to knock on the doors of their Christian neighbours asking for shelter, but no one would let them in, knowing that the penalty for helping Jews was death. None, that is, until they knocked on the door of the Jaszczuk family.

Jadwiga Waszczuk’s entry on the Yad Vashem website reads: “Jadwiga Waszczuk was a Polish widow living with her five children. She knew the Spielmans [Szpilmans] because one of her daughters, Danuta, was Bina Spielman’s classmate, but the families were not particularly close. Still, Waszczuk did not hesitate, readily accepting Hava [Rachel] and Bina into her home.

“After a short while, knowing that their being in the house put their rescuer and her family in great danger, they wanted to leave through the kitchen door, which opened to the back garden. Waszczuk would not hear of it. She stopped them, saying, ‘I will not let you leave. Christ is with us. Whatever will become of you will become also of me’.” 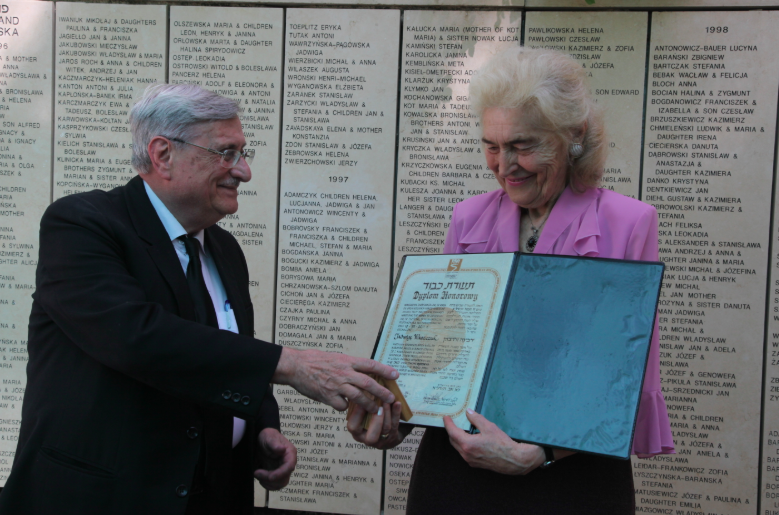 Alina receives the award on her late mother’s behalf. The Waszczuk and the Szpilman family remain close friends.www.britishpoles.uk

Jadwiga hid the mother and daughter until the next day, arranged for new documents for them, listing them as Polish and sent a message to Alter, who was also in hiding with his mother.

Rachel and Bina Szpilman survived the war thanks to the fake documents, being forced to work as labourers in Auschwitz. After the war the mother and daughter reunited with Alter and the grandmother, and immigrated to Israel. Bina, who is now 92, has a son Moshe who is a judge and three grandchildren – Lotem, Achinoam and Eldar.

The Waszczuk and Szpilman families are still close friends, now in the fourth generation. They meet every few years, the shared traumatic war experience creating a strong bond.

One in four Poles fears losing their job - poll