Pedal power: the history of the Tour de Pologne

Dating back to 1928, the gruelling Tour de Pologne has become Poland’s premiere cycling event. Competitors have to cover hundreds of kilometres across the country in a supreme test of fitness and endurance. Over the years it has been interrupted by war, and seen numerous thrills and spills. 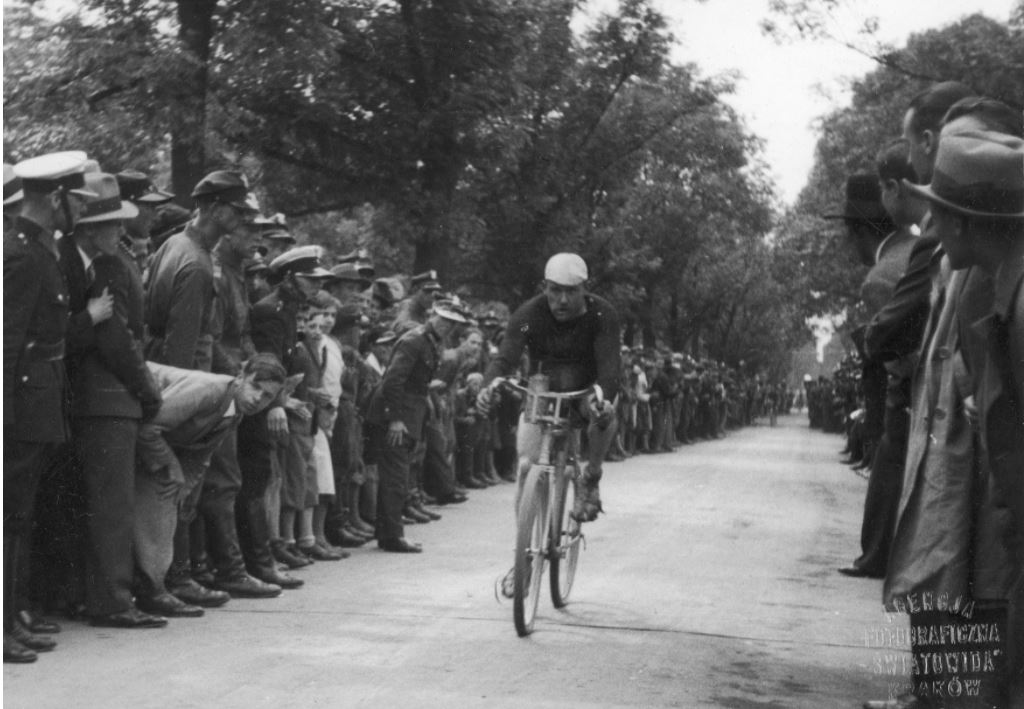 The first winner of the Tour de Pologne, originally known as ‘the run around Poland’, was Feliks Więcek, a butcher from Bydgoszcz who won on September 16, 1928. The tiring 1,491 kilometre race took nine days to complete. Seventy-one riders set off from the Dynasy track in Warsaw and visited Lublin, Lvov, Rzeszów, Kraków, Poznań and Łódź along the way with only 43 completing the race.National Digital Archive Poland 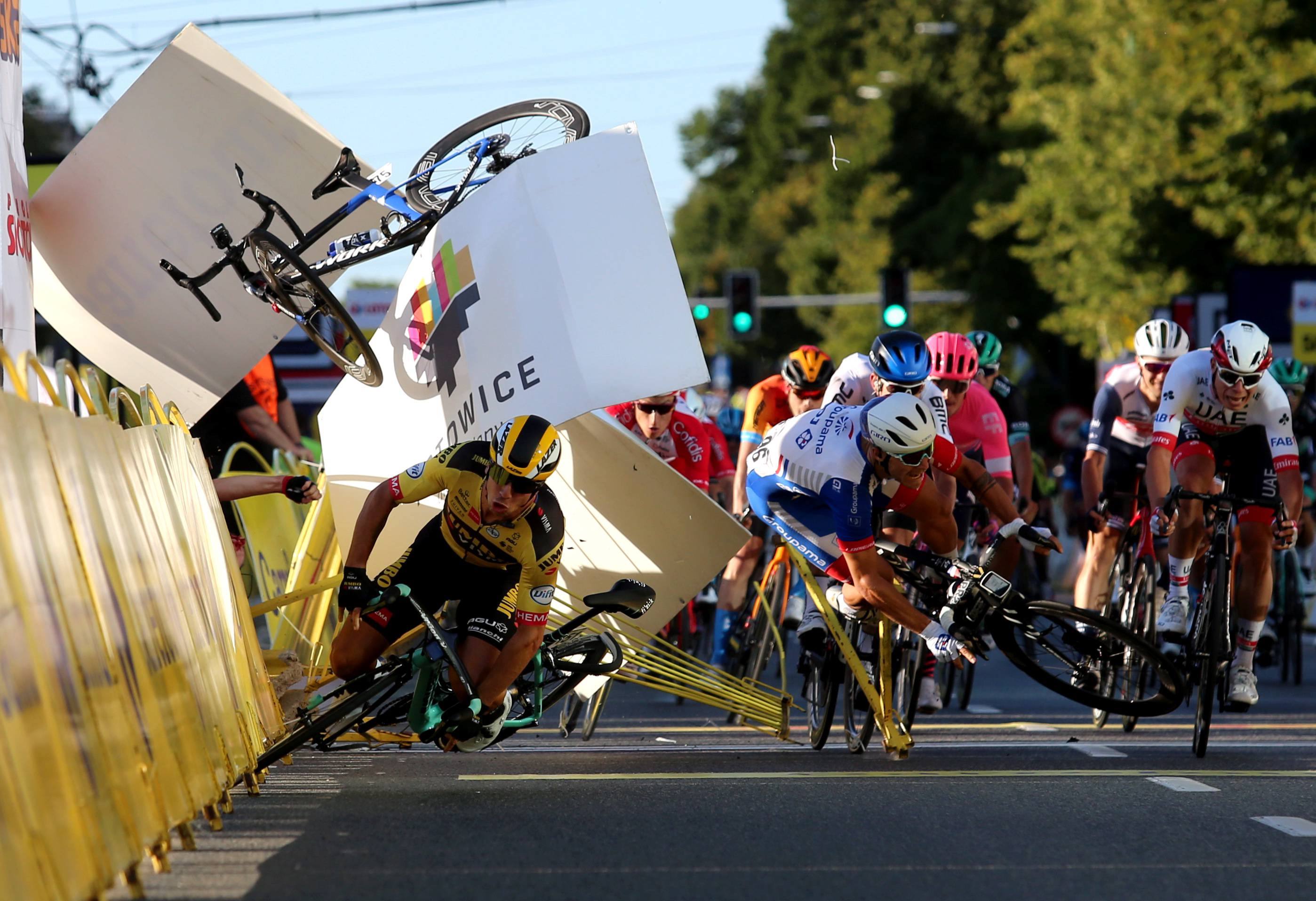 The 77th Tour de Pologne gained a lot of attention after a horrific crash at the end of the first stage. Dylan Groenewegen who was leading the race adjusted his line as Fabio Jakobsen came up on his outside, Jakobsen ended up in the barriers and Groenewegen was disqualified. Jakobsen was placed in a medically induced coma but has now recovered, although it remains unknown if he will ever race again.Andrzej Grygiel/PAP

Bolesław Napierała, known as the ‘Tiger of the Road’, was the rider first to win the event twice in 1937 when the event officially became known as the Tour de Pologne. This was also the first race in which foreign riders took part in the event. There was no race held in 1938 and when it returned for the fifth time in 1939, Napierała won again.PAP

Between 1939 and 1946 there was no race held but when the event returned in 1947 the crowd returned to the streets to support the riders. Here we can see the Barbican in the background as the race passes through Kraków.PAP 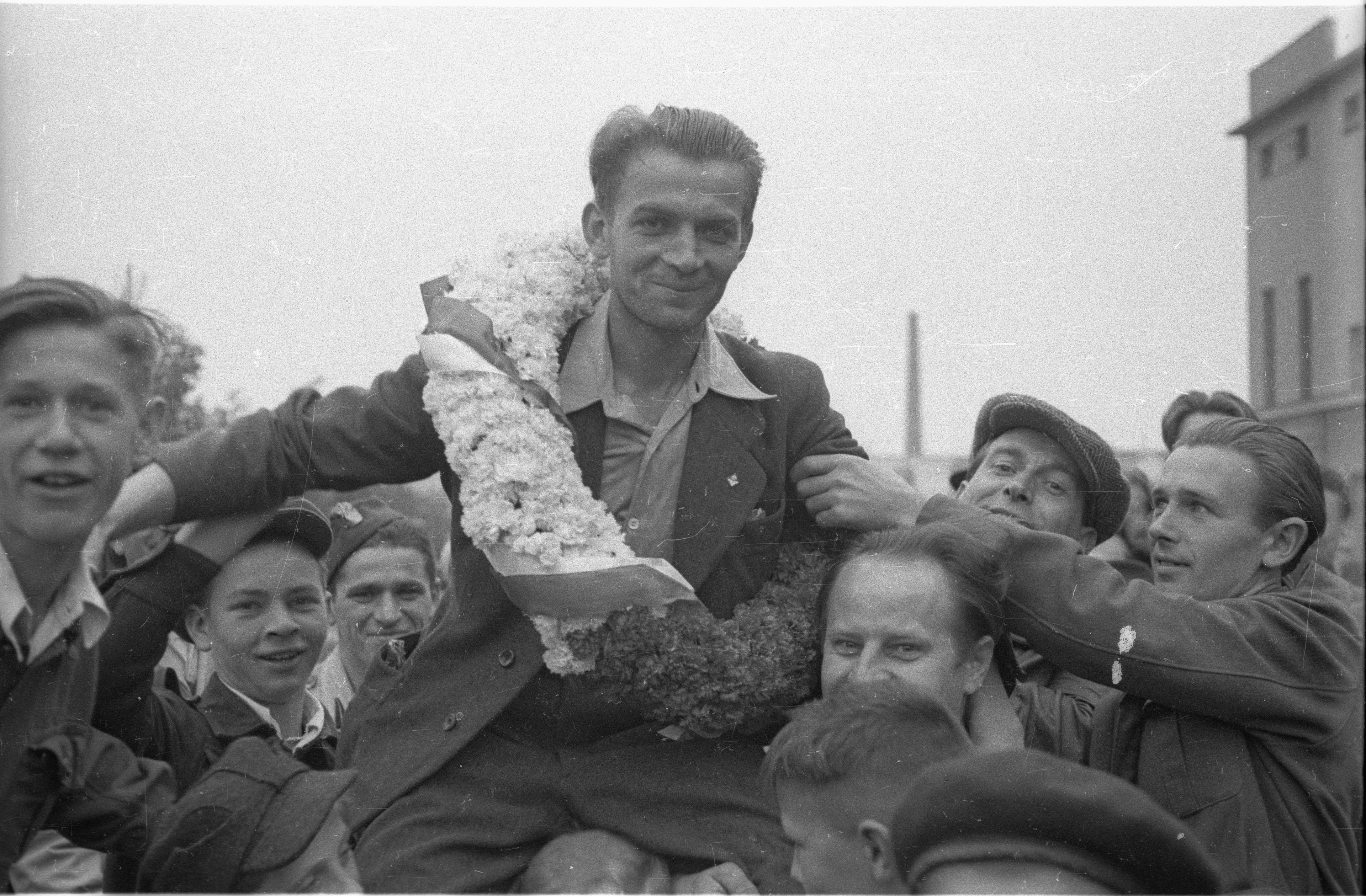 The race was won by Stanisław Grzelak over four stages and a record short distance of just 606 kilometres. Grzelak, who was from Niewiarów, only competed for one more year before retiring from the sport. The race in 1948 was three-times longer at a total of 1,963 km over 11 stages, the event was won by Wacław Wójcik.PAP

During the 1948 Poznań – Wrocław stage of the race there was a bicycle acrobatics display at the Olympic Stadium in Wrocław to help entertain fans and promote the fun of bicycles. The following year Francesco Locatelli of Italy became the first foreign winner.PAP

Between 1954 and 1956 Marian Więckowski dominated the race, becoming not only the first man to win the event three times but to do it consecutively. Over the three races Więckowski completed 4,709 km.Piotr Nowak/PAP 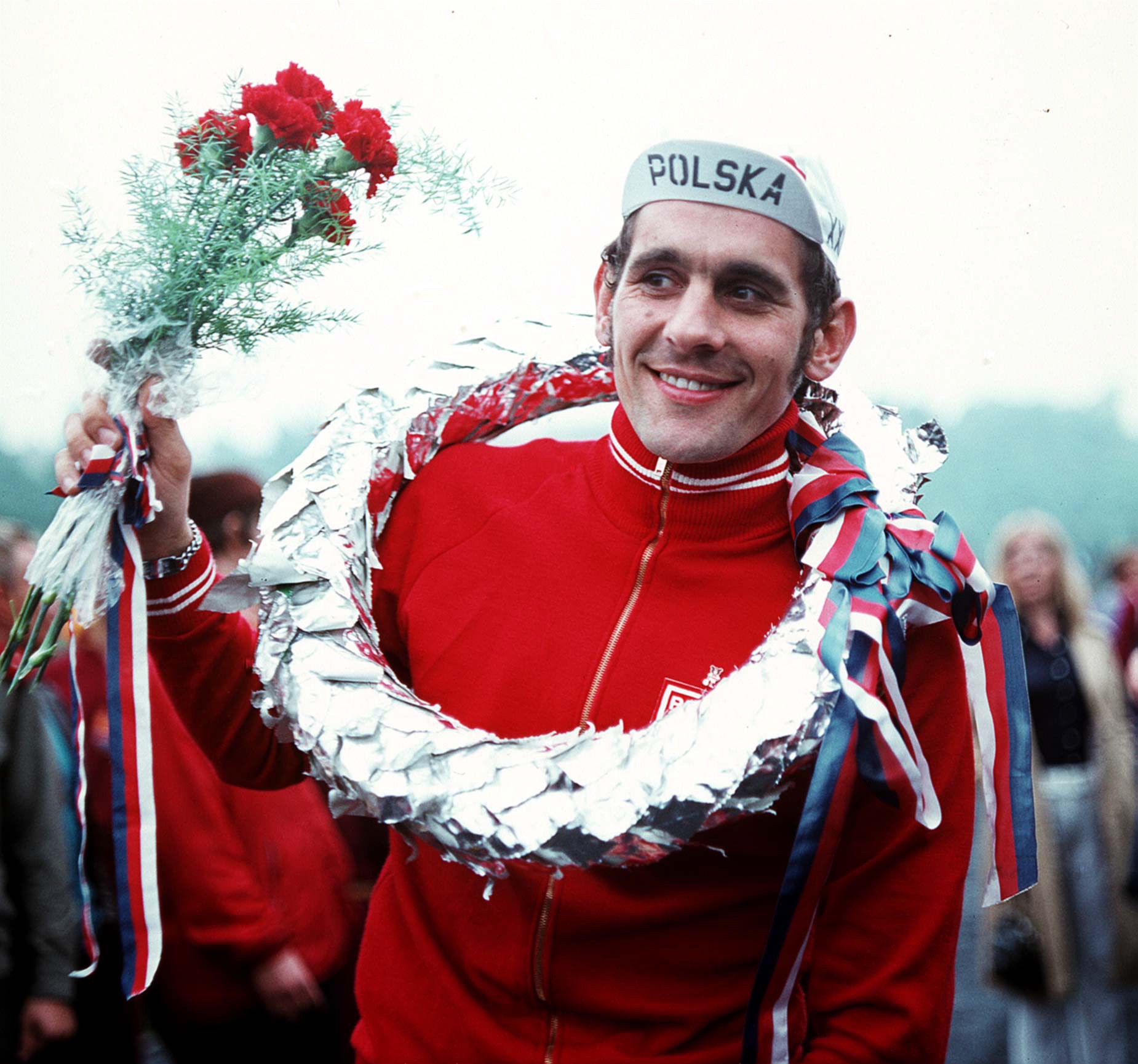 (The picture was taken during the 2004 race in Lichen) Between the first race in 1928 and 1951 the event was only held eight times, it has since been held consecutively every year since 1952.Wojtek Szabelski/PAP

In 1982 Andrzej Mierzejewski won the first of his three titles, the other wins being in 1984 and 1988. Mierzejewski became the second rider to win the Tour de Pologne three times, and holds the record for the longest time elapsed between his first and last wins.Longin Wawrynkiewicz/PAP 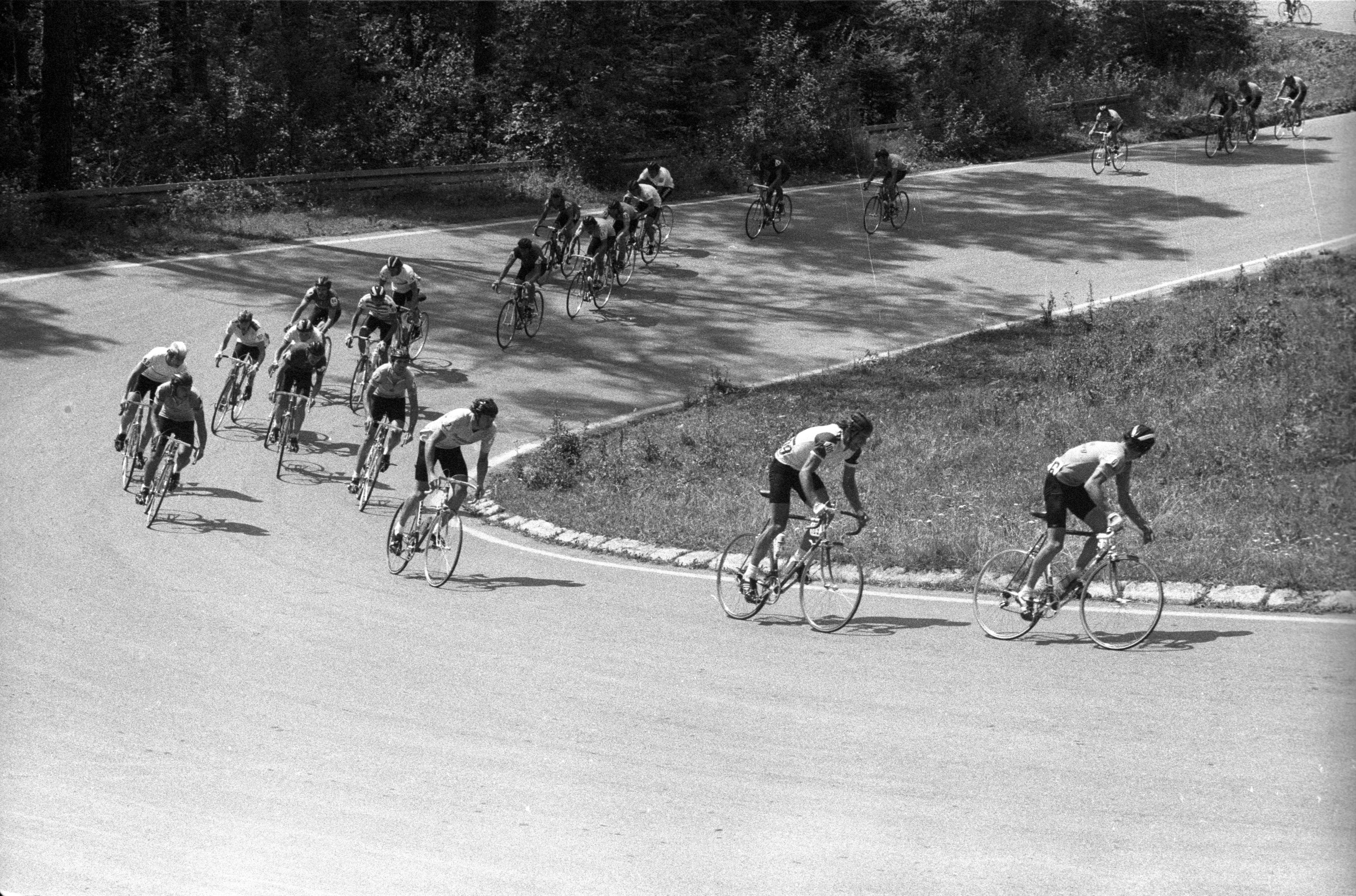 The 40th race took place in 1983. The race was won by Tadeusz Krawczyk from Poznań. The photo is taken during the 9th and final stage of the event, which was held at the scenic Miedziana Góra, just outside Kielce.Longin Wawrynkiewicz/PAP 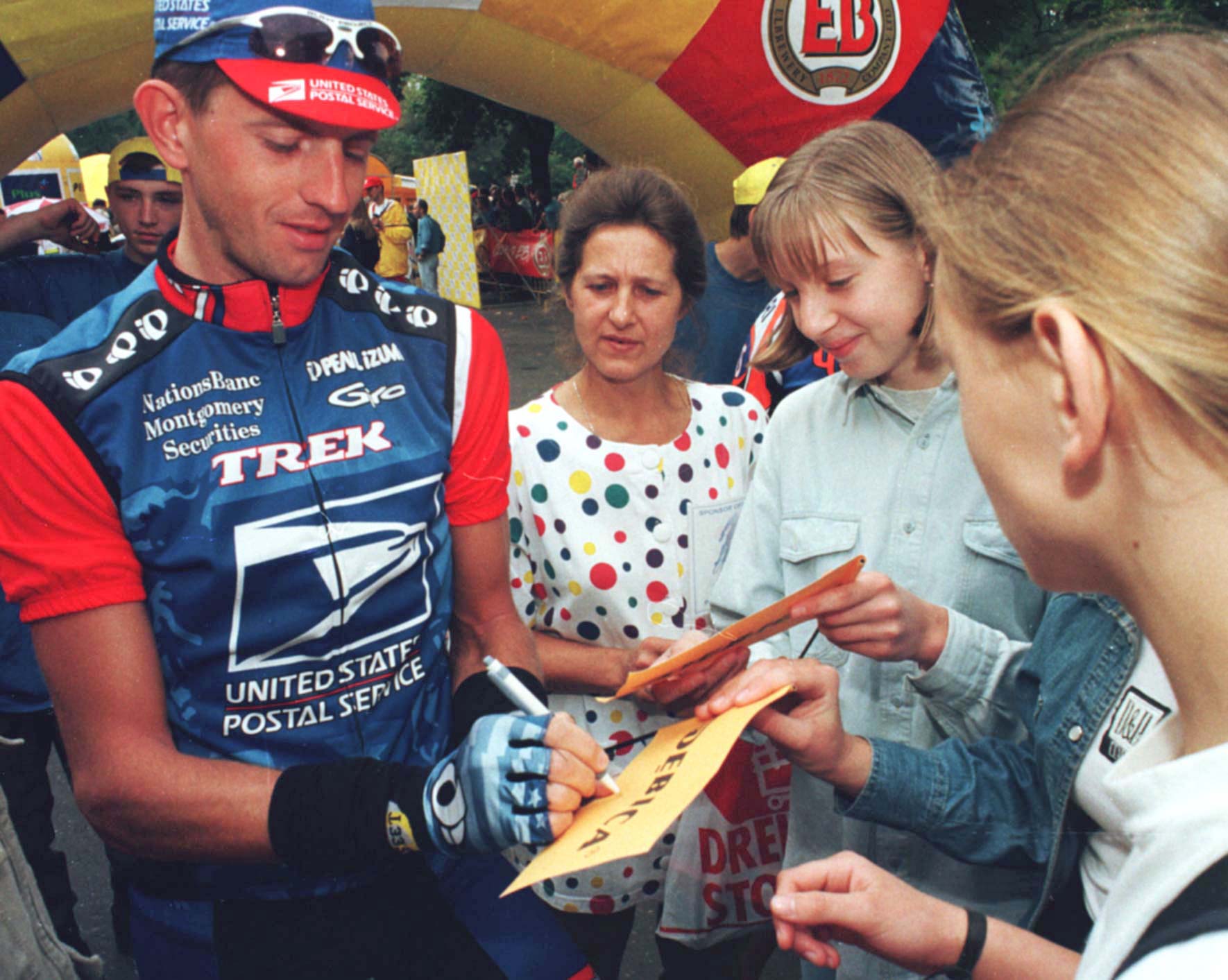 Between 1991-93 the tour was won back to back by Dariusz Baranowski. Not only did Baranowski become the third rider to win the tour three times and the second to do it consecutively, he became the last to win more than one event.Wojtek Szabelski/PAP 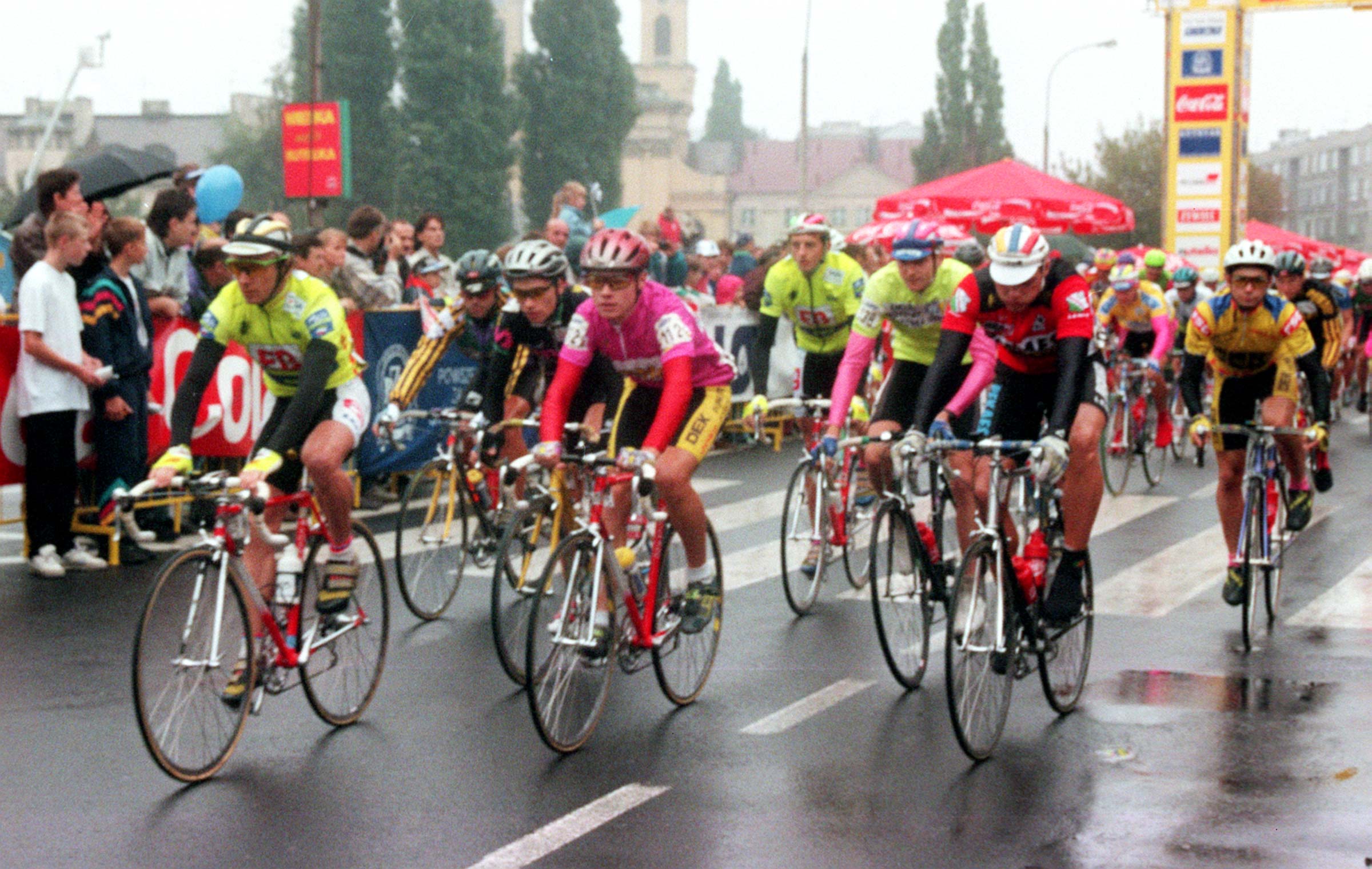 By the 1990s the race and the riders were a lot more colourful, and Baranowski won the 50th race. Teodor Walczak/PAP 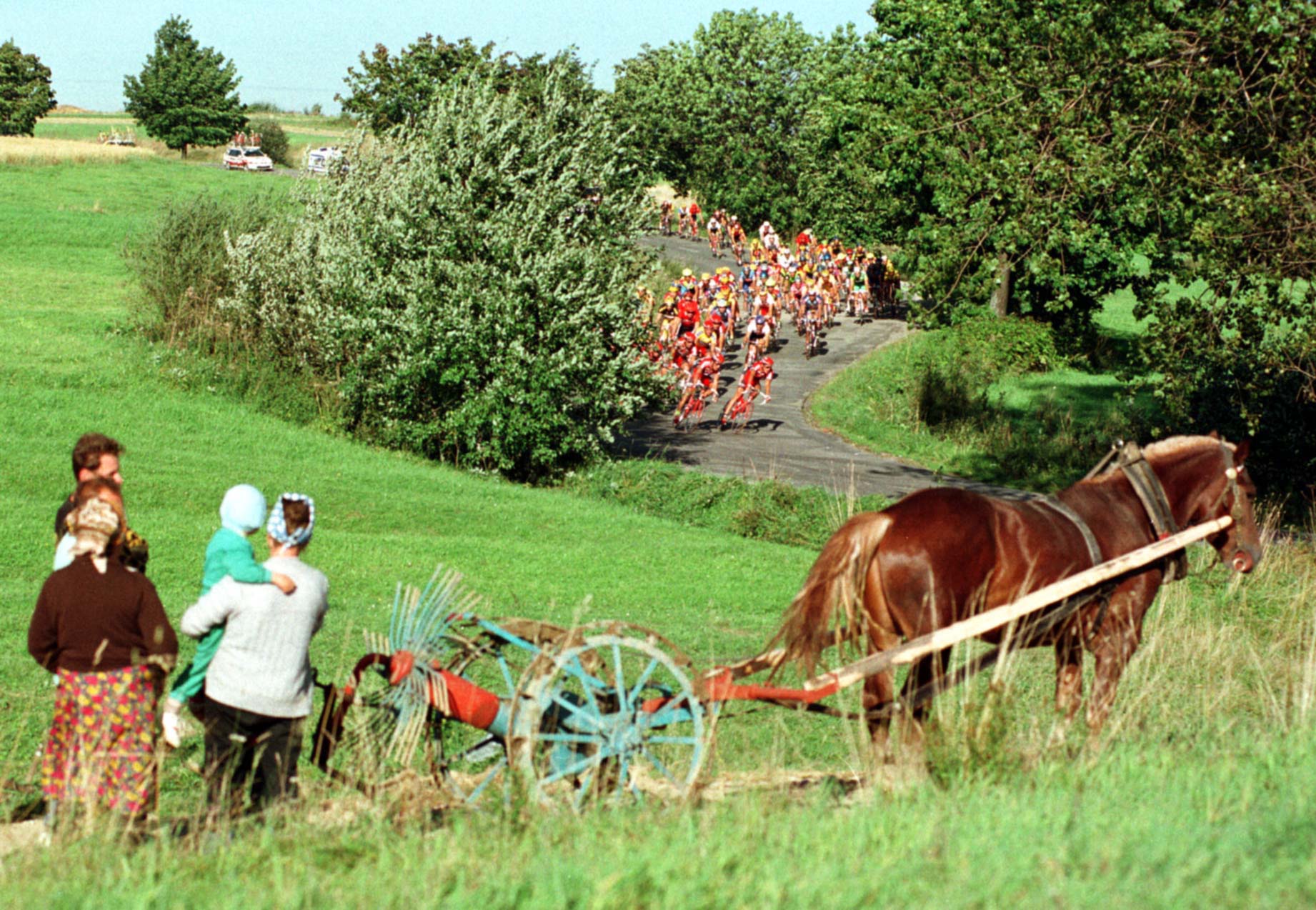 This photo of the Bielsko-Biała-Zakopane stage from 1997 shows how people from all walks of life stopped to take in the race.Wojtek Szabelski/PAP

In 1999 the finish line was moved to the Orlinek in Karpacz. This would become infamous among riders as every race ended with a testing time trial, the climb from the foot of Mount Śnieżka incorporates a 400 metre height change over a four kilometre stretch. The photo is taken at a more leisurely part of the race in Wałbrzych.Wojtek Szabelski/PAP 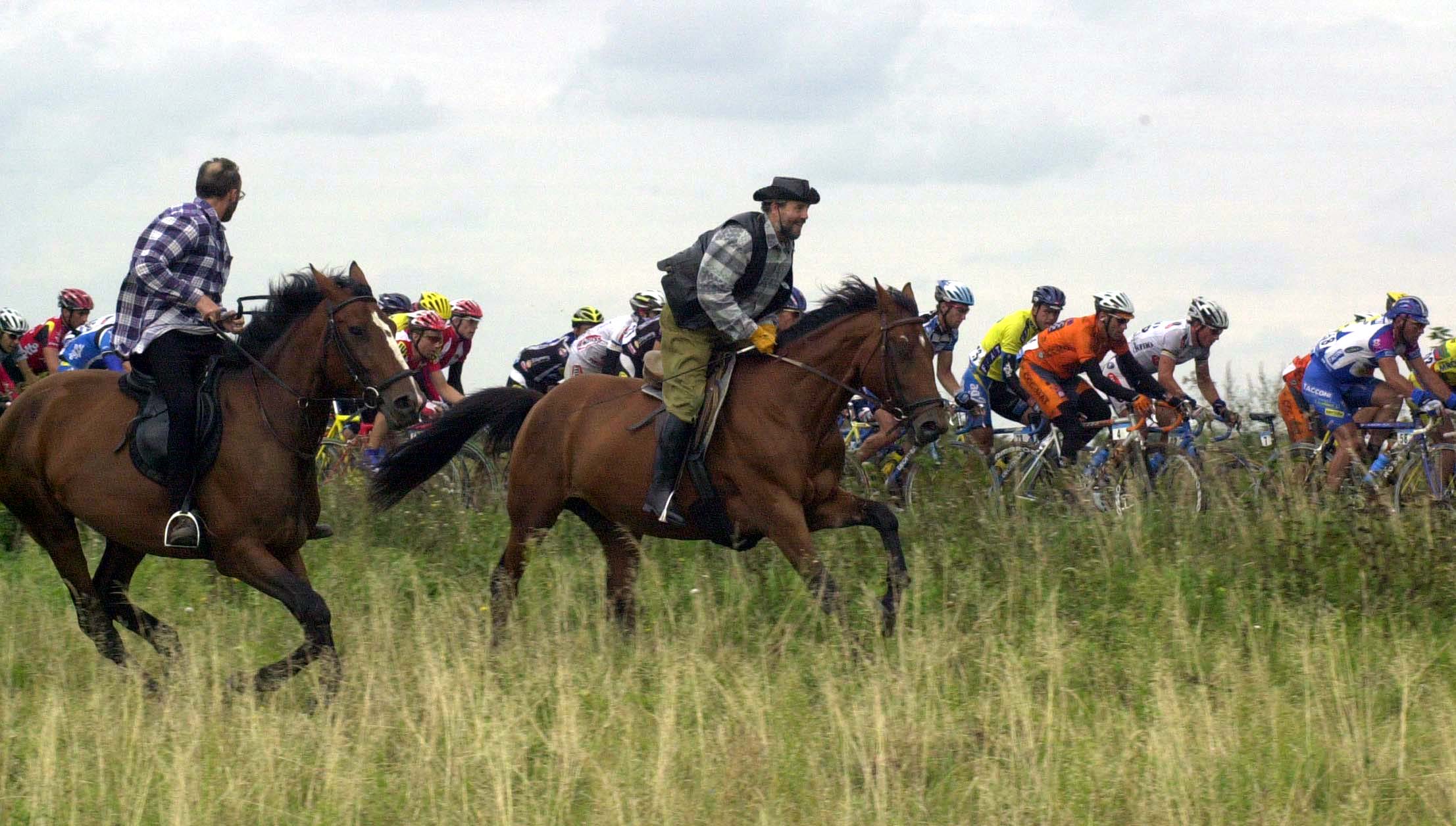 Polish fans have shown the tour a lot of love over the years and you can often see some unexpected sights among those cheering the riders on. Here we can see fans on horseback encouraging the riders in Koszalin in 2001.Wojtek Szabelski/PAP 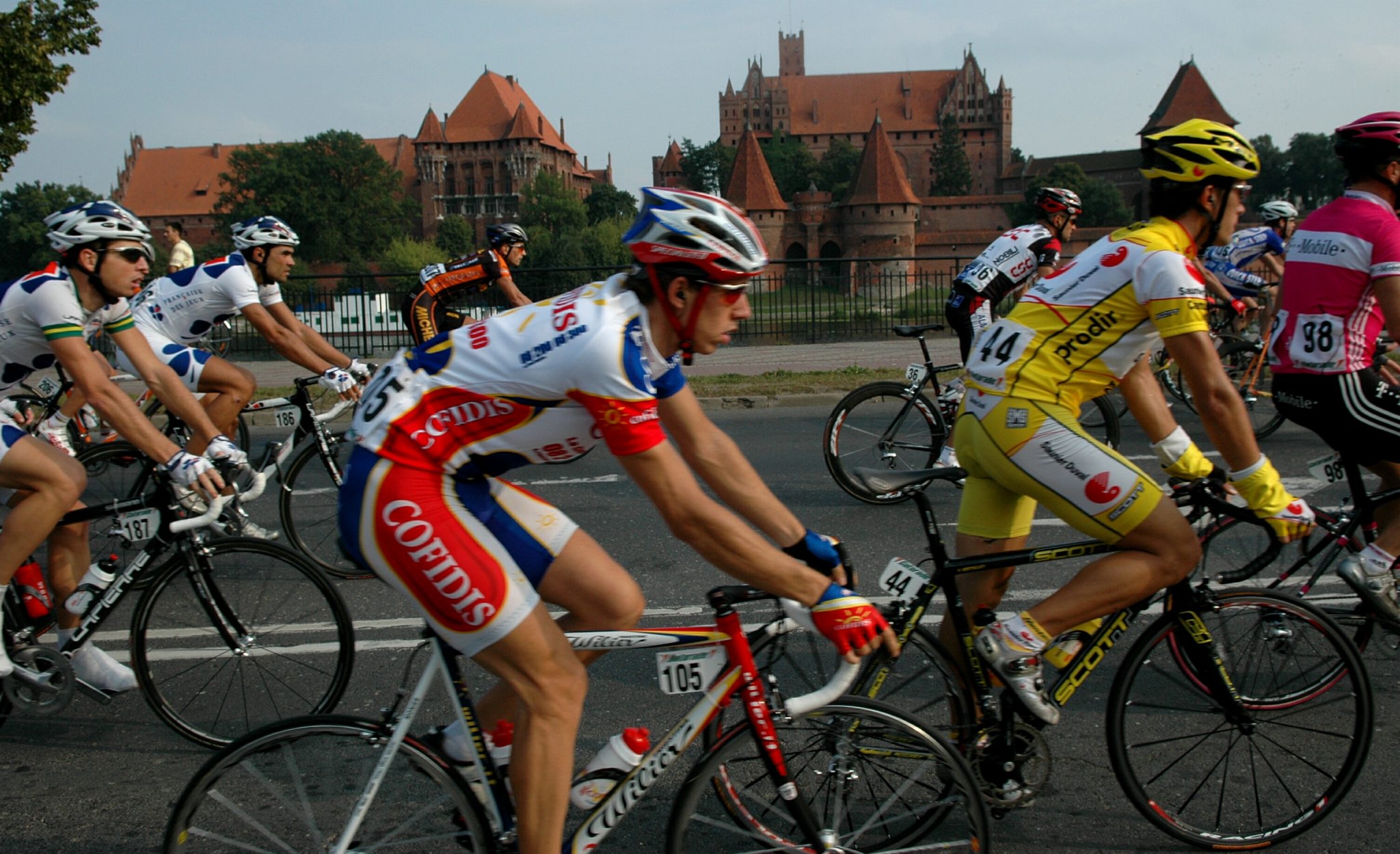 The Tour has always been a great worldwide advert for Poland’s beautiful architecture and scenery. During the 2005 race cyclists rode past the castle in Malbork on the 1st stage of the race from Gdańsk to Elbląg.Wojtek Szabelski/PAP

Before the start of the 6th stage of the 67th Tour de Pologne, the cyclists laid flowers in front of the gate of the former German death camp KL Auschwitz-Birkenau in Oświęcim – Brzezinka.Jacek Bednarczyk/PAP 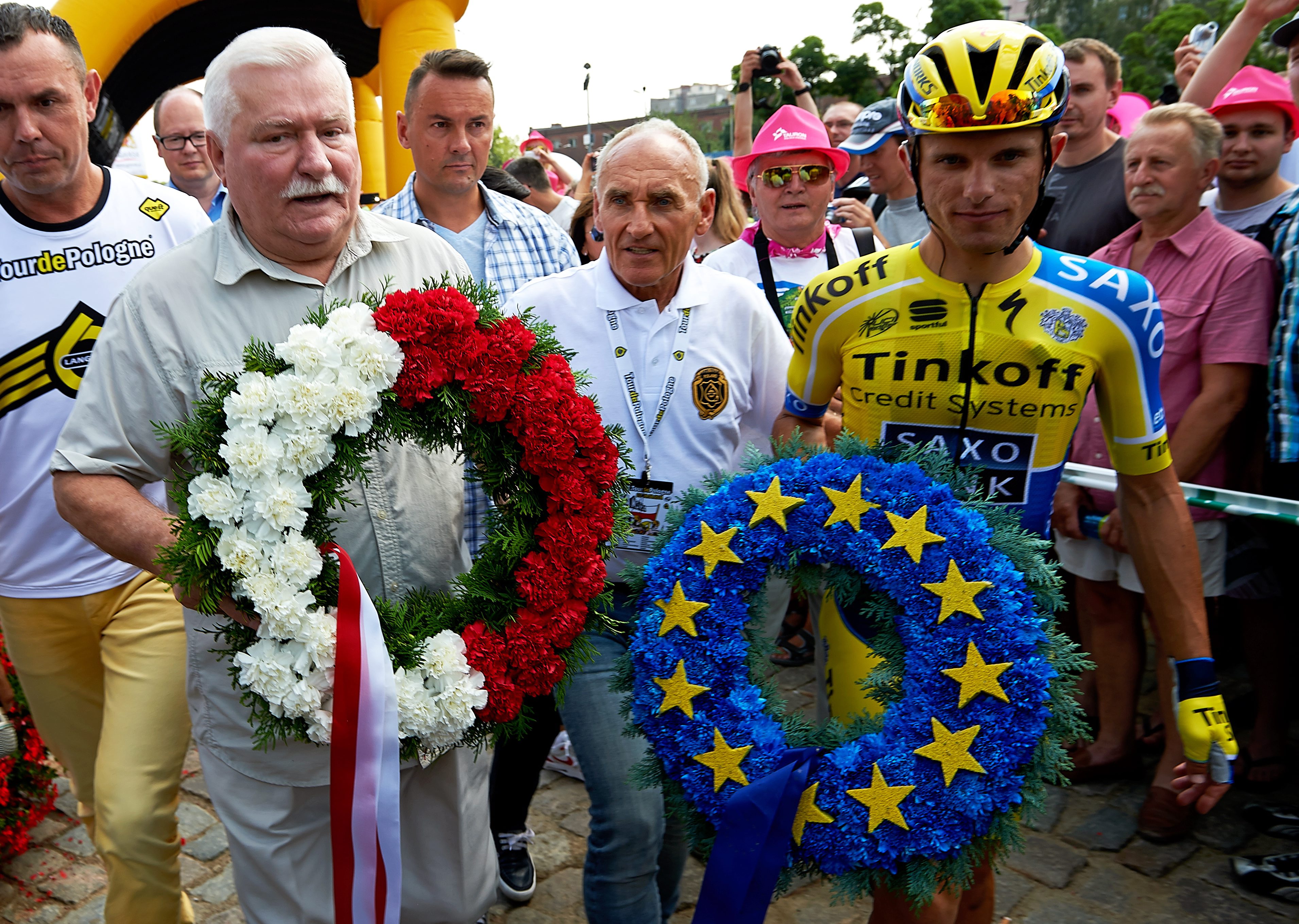 The 2014 winner Rafał Majka, the first Pole to win the event since 2003, with Lech Wałęsa laying wreaths in front of the Monument to the Fallen Shipyard Workers in Gdańsk.Adam Warżawa/PAP 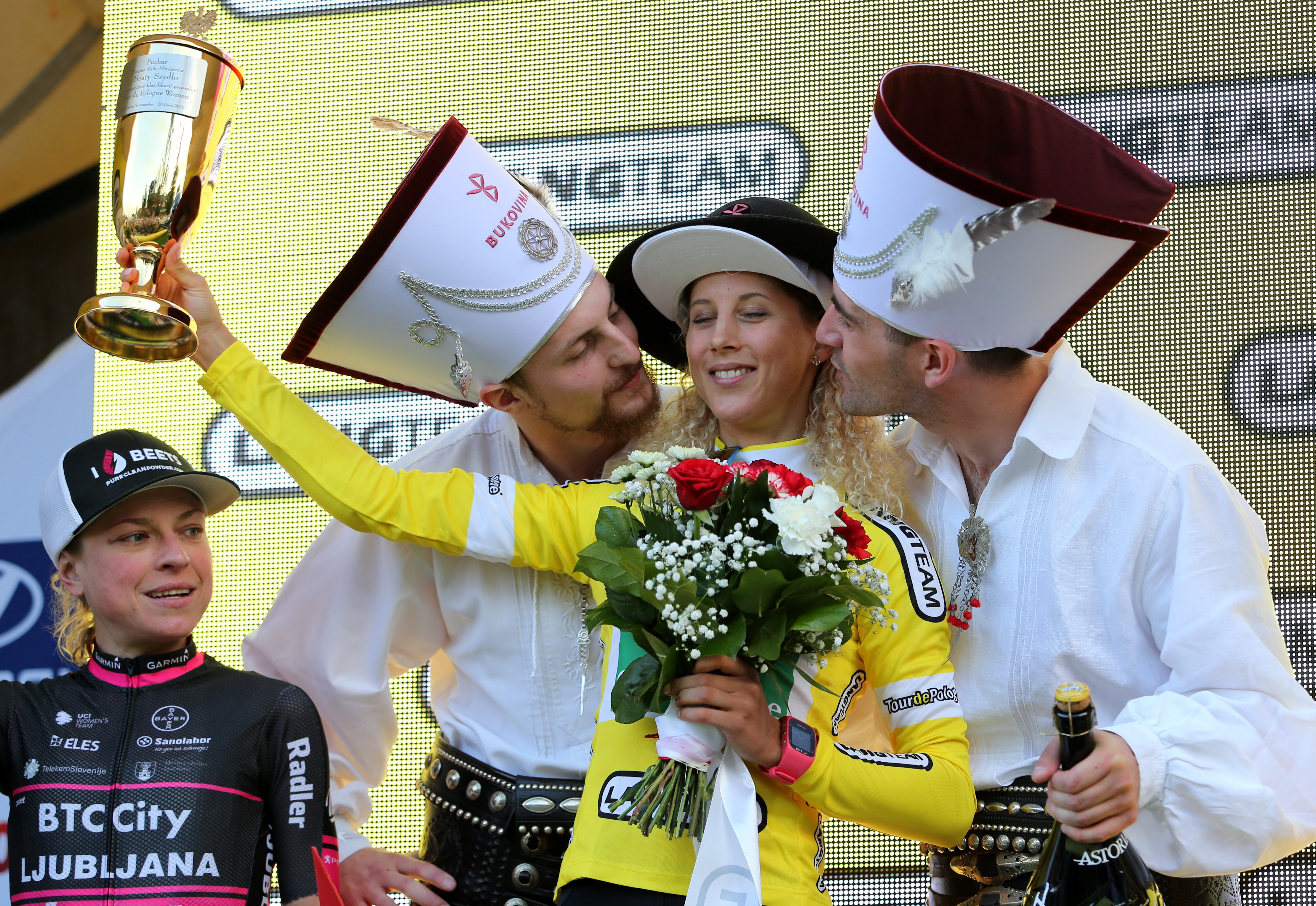 The first and only women’s race was dominated by Swiss rider Jolanda Neff in 2016.Grzegorz Momot/PAP

After the crash in 2020, the race was won by Belgian Remco Evenepoel, who completed the 911.4 kilometre race in 21 hours and 29 minutes and 50 seconds. The five stage event was the shortest course since 1982.Grzegorz Momot/PAP

‘A pact of criminals’: commemorations mark anniversary of Molotov-Ribbentrop Pact