In Łódź, long-awaited plans for the much-needed renovation of Plac Wolności edged a step closer to realization after a timeline for a tender was announced to find a suitable contractor.

The news comes hot on the heels of another announcement that saw the design tweaked dramatically in light of the recent national backlash against the widespread use of concrete in urban revitalization projects. 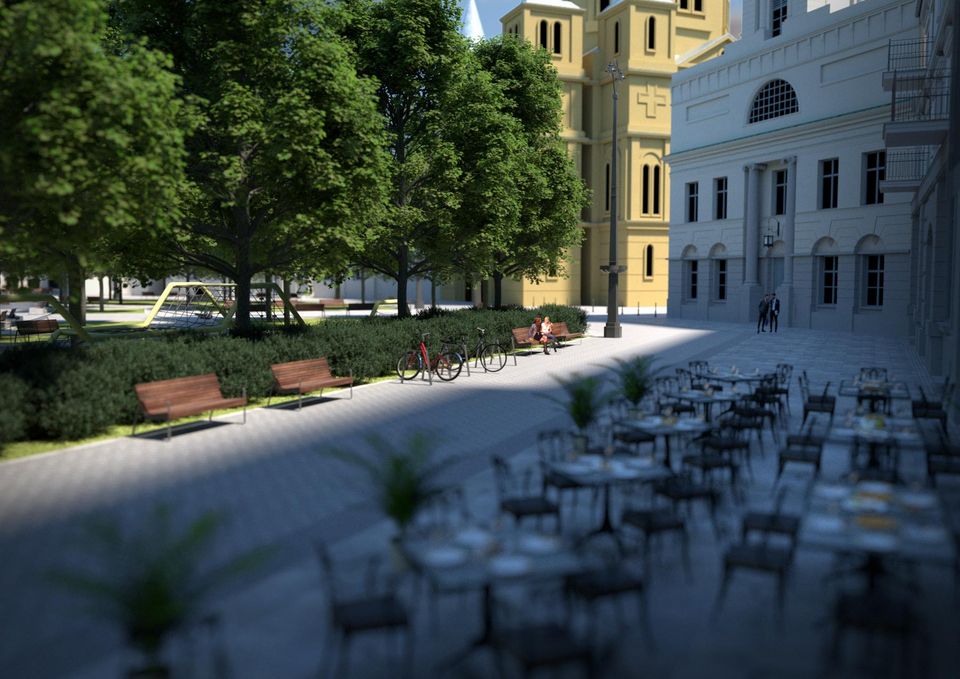 Moreover, 4,000 shrubs and perennials will be planted whilst other eco-solutions will include the introduction of water retention systems.uml.lodz.pl

Dubbed “concrete-osis” by both critics and the media, the phenomenon has seen scores of town squares encased in concrete in a misguided attempt at improving the user experience. Aside from “dehumanizing” the areas in question, designers have faced flak for ignoring basic environmental considerations.

Of the more high profile, this year’s transformation of Kutno’s town square has been particularly vilified after being singled out for taking “Polish concrete to a completely new level”. 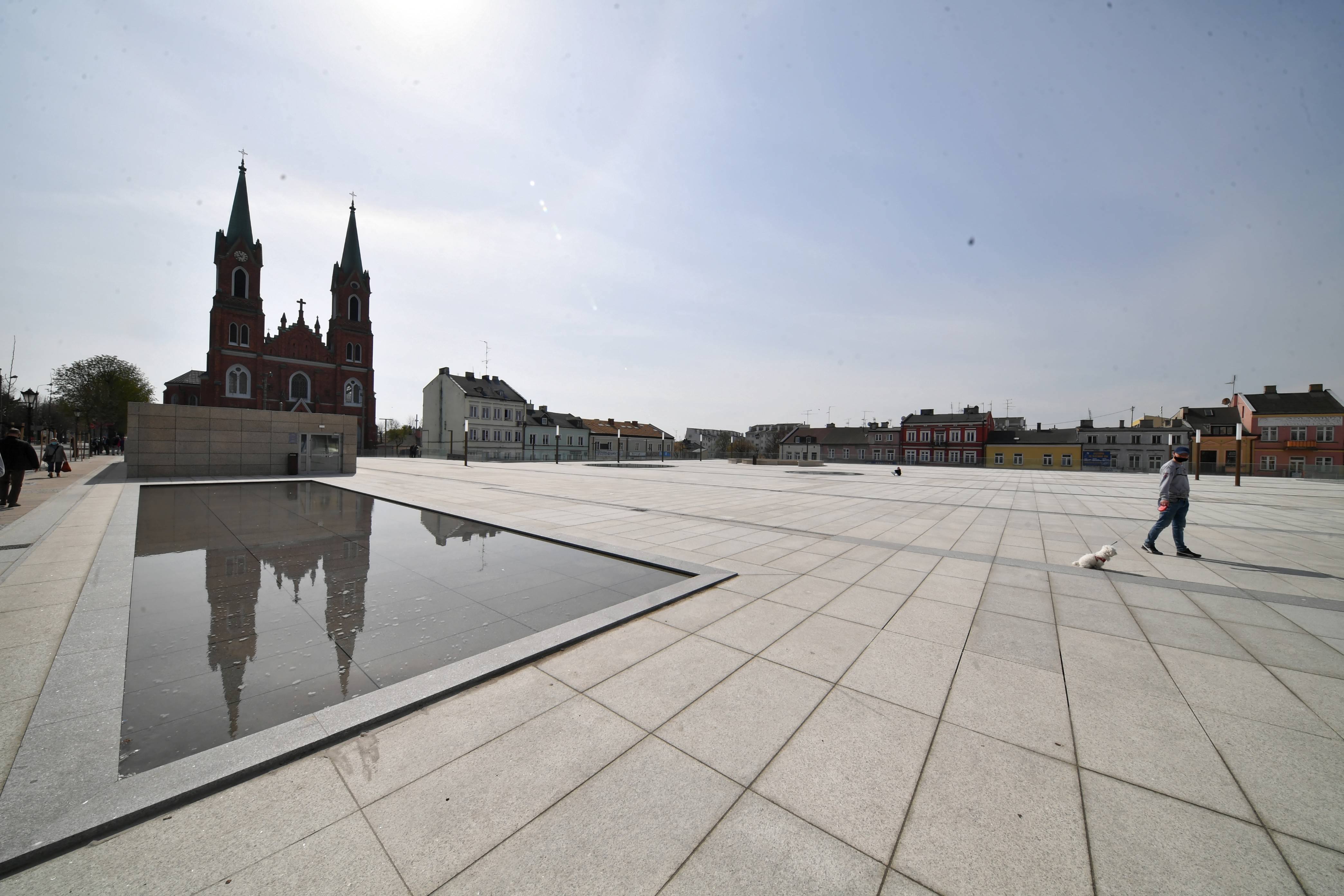 This year’s transformation of Kutno’s town square has been particularly vilified after being lampooned for taking “Polish concrete to a completely new level”.Grzegorz Michałowski/PAP

In light of this, residents of Łódź have welcomed news that the original plans for Plac Wolności have been altered significantly to emphasize the city’s green credentials.

Currently covering just 5% of the square, the amount of greenery will be generously expanded to 20% and will feature, among other things, 64 maple trees and scores of eight-metre tall pear trees. Moreover, 4,000 shrubs and perennials will be planted. 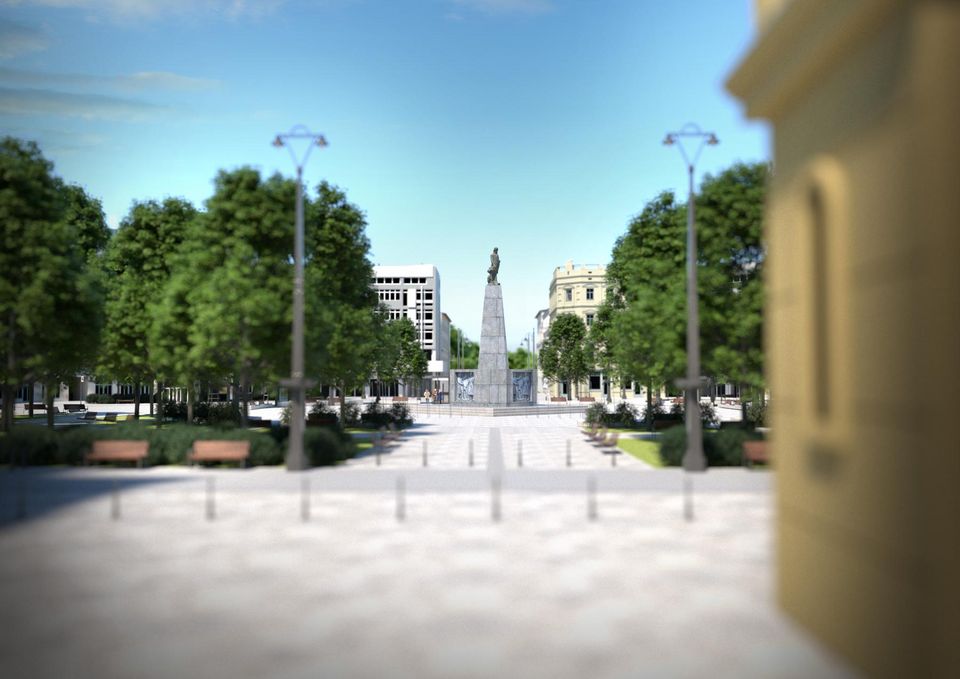 In Łódź, the human angle will be boosted by the installation of subtle lighting, a floor fountain, a playground and spaces for artistic and cultural activities.uml.lodz.pl

Further to increasing the aesthetic value of the area, Hanna Zdanowska, the Mayor of Łódź, voiced hopes that the improvements would help create a natural umbrella of shade whilst simultaneously opening the square to the public and reiterating the city’s commitment to ecological issues:

“Plac Wolności will become a new, friendly space favouring recreation, a place where you will be able to come with a blanket and relax on the lawns and among the flowerbeds and ornamental perennials. But the greenery will serve not only relaxation purposes, but also those related to the climate.” 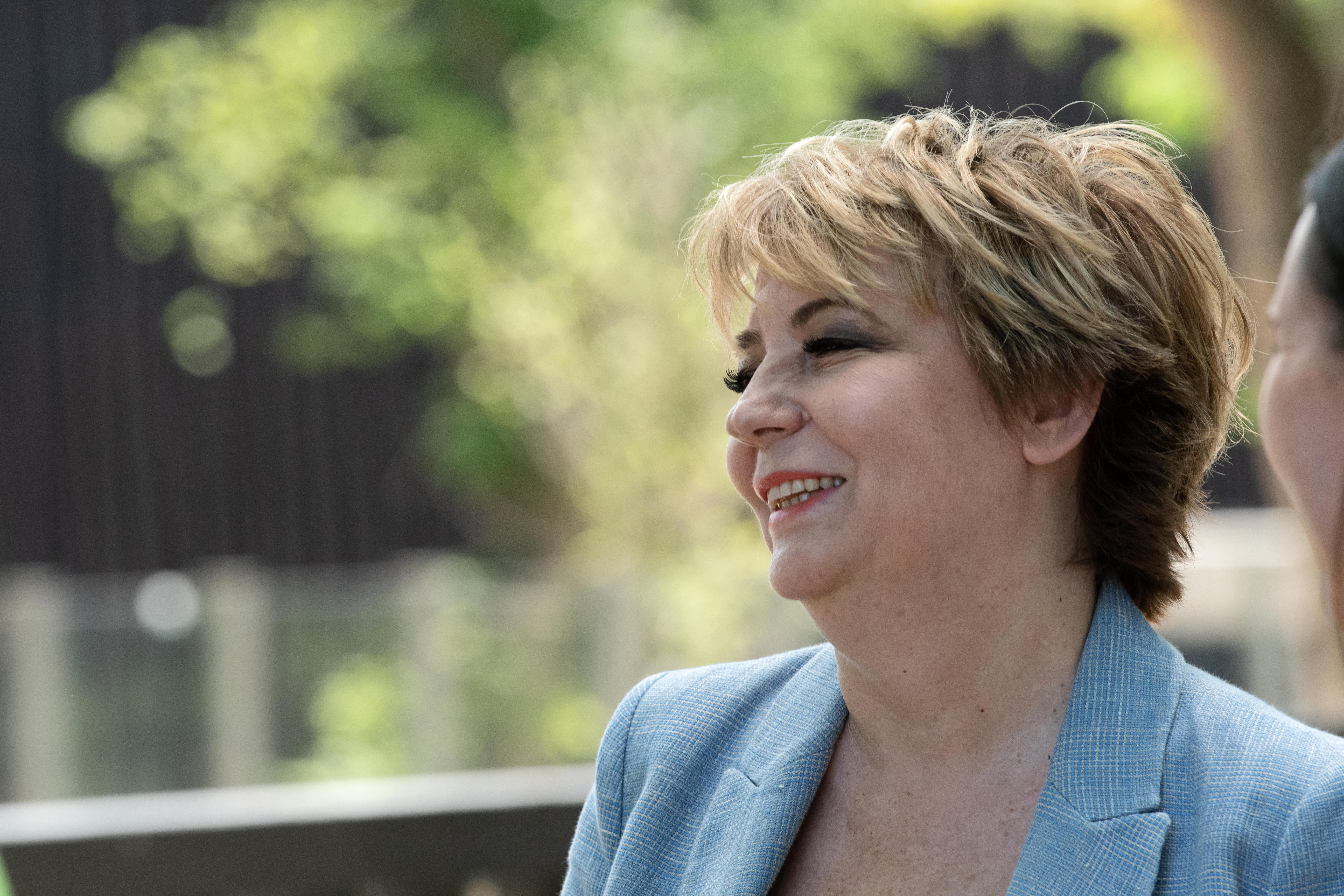 Hanna Zdanowska, the Mayor of Łódź, has promised that the revamped square will become an eco-friendly place of relaxation. Grzegorz Michałowski/PAP

Water retention systems and so-called ‘rain gardens’ will also be introduced, as will 58 bicycle stands, 89 benches and a special surface designed to reduce the ‘heat island effect’.

Designed also to take into account disabled users and the visually impaired, the human angle will be further boosted by the installation of subtle lighting, a floor fountain, a playground, micro retail units and spaces for artistic and cultural activities.

Long seen as a stepping stone between the city’s principal calling card – Piotrkowska street – and the striking Manufaktura mixed-use complex, the restoration of Plac Wolności will also serve to connect the rest of the city to the revamped Rynek, itself a pipeline project that has been recently revised to place a larger emphasis on  greenery. 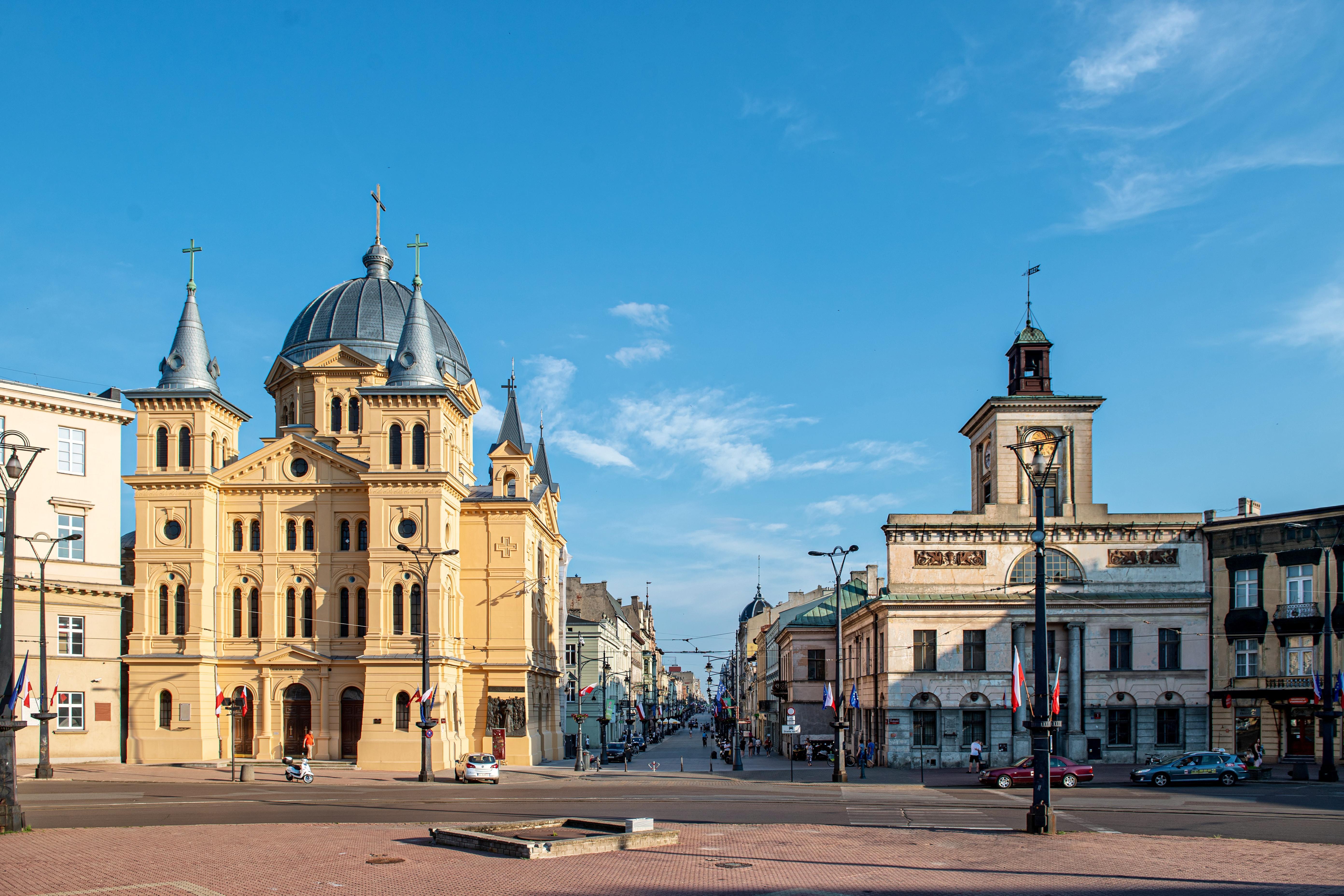 The news could not have come soon enough.

First mapped out in 1827, Plac Wolności’s potential has long been overlooked.

Once serving as a market place, something reflected by its original name, Nowy Rynek, the square’s importance was underlined from the very outset when a town hall was constructed looking out onto it as well as an immense church. 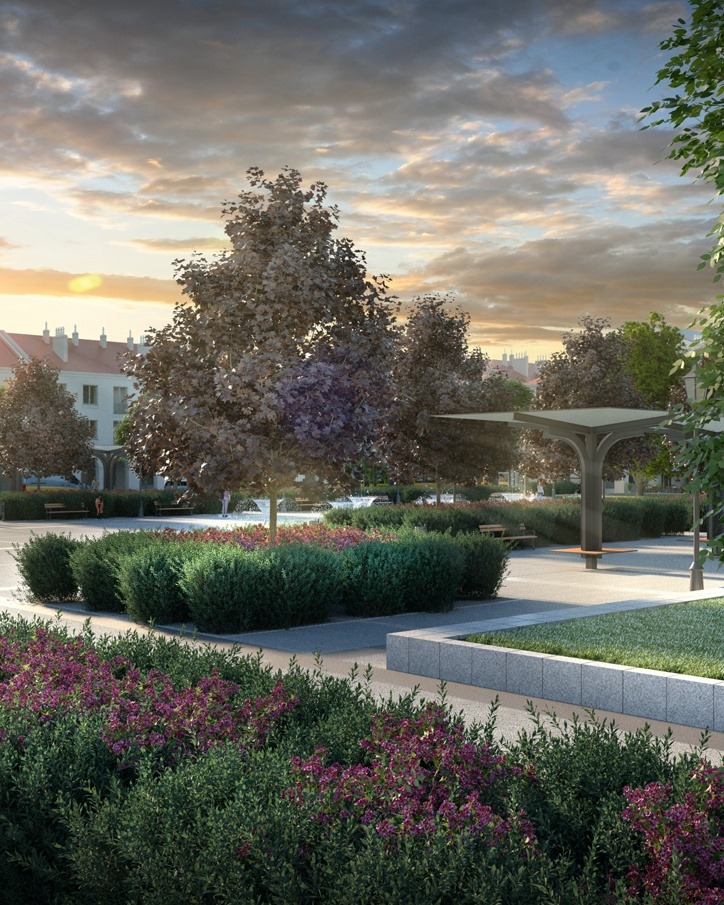 Plans for the renovation of the Old Town Square have also been altered to increase the amount of greenery.uml.lodz.pl

Arguably, it’s heyday though came in the inter-war years. Rechristened Plac Wolności (Freedom Square) in honour of the country’s newfound independence, it was to great fanfare that a monument of Tadeusz Kościuszko was unveiled in 1930.

Attracting 30,000 cheering onlookers, as well as an 800-strong choir and military band, the ceremony was one of the defining events of the city’s inter-bellum period.

Its darkest days were around the corner, however. With the occupation in full swing, Plac Wolności was renamed Deutschlandplatz whilst the monument was dismantled over the course of a week by Jewish forced labour. In its place, an obelisk depicting a swastika was erected. 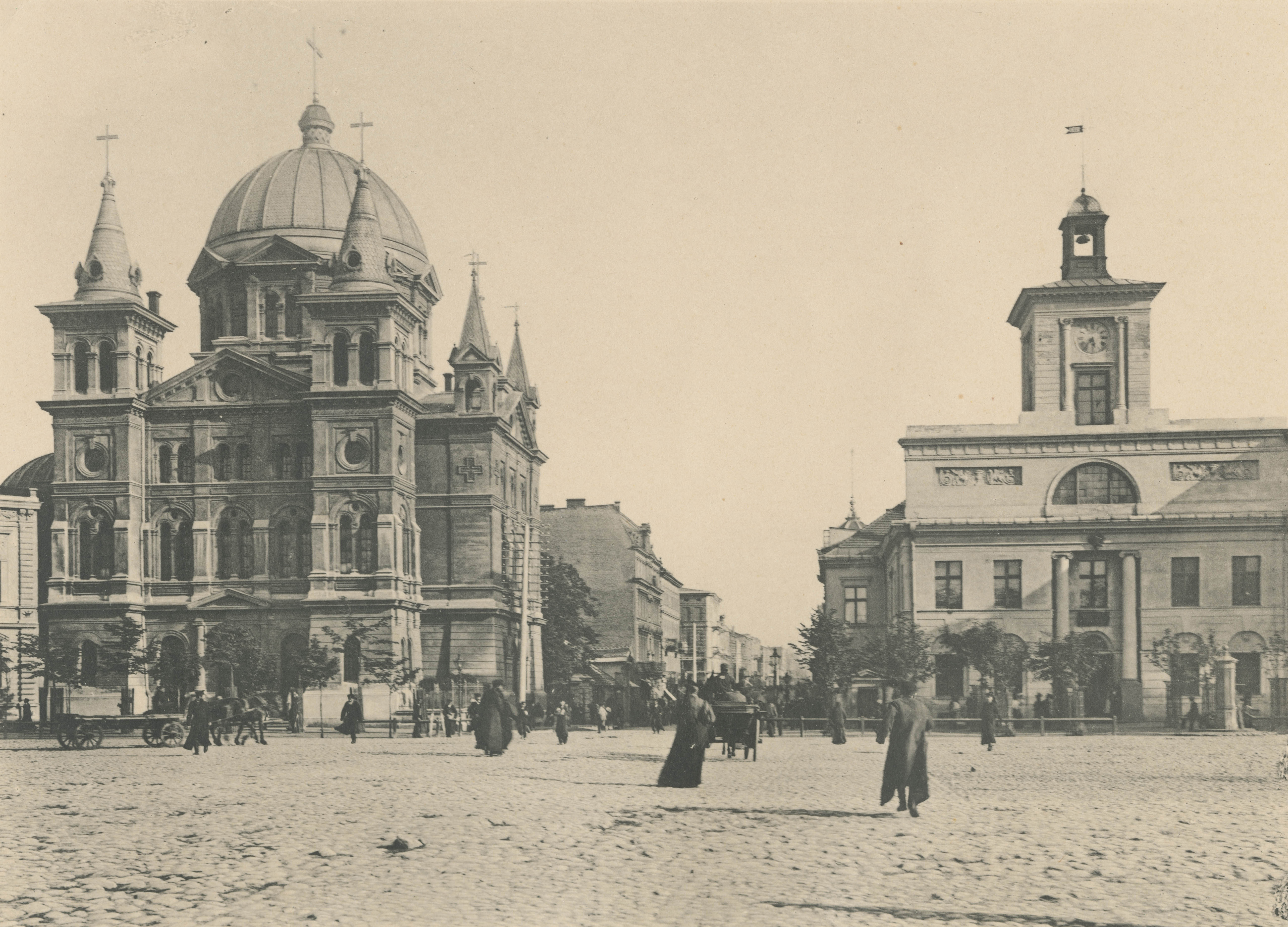 Pictured here in 1896, the square has traditionally been considered a vital part of the city’s lifeblood.Public domain

Though it regained the name Plac Wolności in 1945 – as well as a new copy of the Kościuszko statue in 1960 – decline had set in. This was exacerbated yet further in the 90s when Łódź was left economically devastated by the country’s rocky transition to a capitalist model.

But with the city now considered a domestic poster child for regeneration, hopes have soared that Plac Wolności will again become a cornerstone of city life.

With the tender process slated to begin on August 27th, city authorities have reserved PLN 20 million in their budget to oversee Plac Wolności’s revival. Should work proceed as planned, 2023 has been earmarked as the completion date.