Champion dog musher and dog sled racer, Igor Tracz, has become international champion for the third time after winning gold with his dog, Pussy, in the unusual sport of bikejoring.

The biking fanatic from Pomerania beat off much younger competition from 19 other countries to take first spot by a margin of only 2.6 seconds from Spanish rival Victor Carrasco in the discipline in which a single dog is connected to a competitor’s bicycle by a 2.5 metre elastic rope.

Igor told TFN: “At the start of the event, I wasn’t confident about winning.

“I was focused on the masters’ class for older competitors and not the open class,” the 41-year-old Pole said.

“But after the first round, I was only a few seconds behind the leader so I knew that in the second round I had a good chance.”

The event, which took place at the weekend in Lubieszów in Lower Silesia as part of the ICF World Championships, is decided by the fasted combined time over two rounds of the 5 km course, which competitors start at staggered intervals.

“When you are out of the course, you can’t see the other riders, but I felt good and I was working well with my dog, so I just went for it,” Igor explained to TFN. 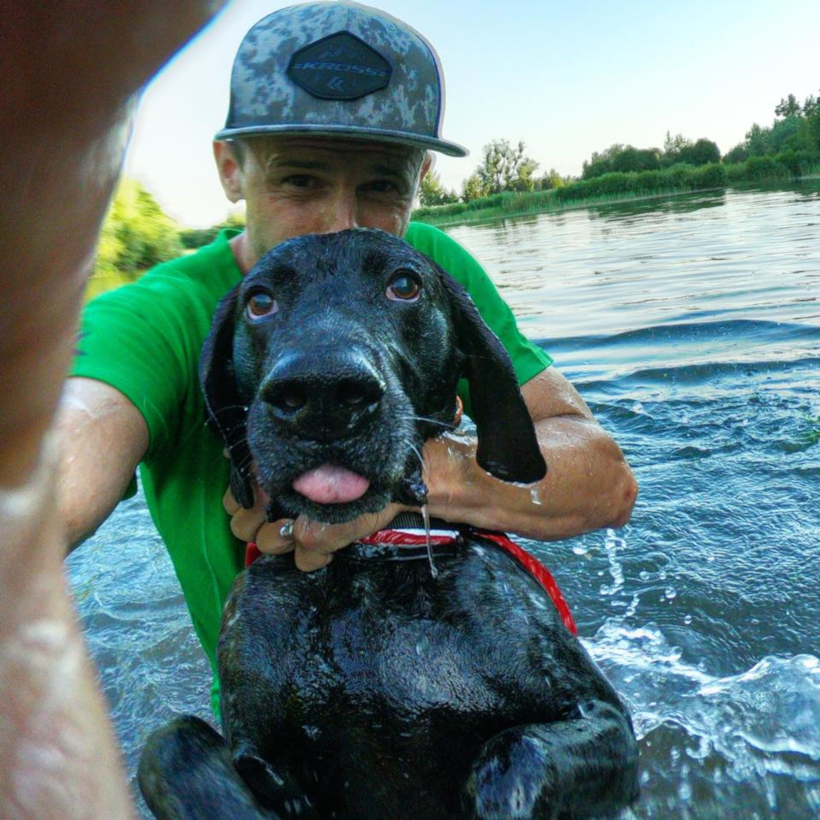 Another factor in Tracz’s victory was his excellent relationship with his dog, a Greyster, which is a cross between a Greyhound and a Viszla. I’ve been training with Pussy since she was a puppy so we have an excellent understanding, he told TFN.Igor Tracz / Facebook

Tracz, who previously won the same competition in Canada in 2015 and in Italy in 2013, felt greater pressure on him because the event was in Poland this year.

“There were definitely greater expectations for me to do well, so it was good that the course favoured me. I had trained on the course with my dog for one month before and because it is a technical route with many sharp turns, it favours skill over brute strength, so my experience as an older competitor really paid off,” Igor told TFN.

Another factor in Tracz’s victory was his excellent relationship with his dog, a Greyster, which is a cross between a Greyhound and a Viszla. “I’ve been training with Pussy since she was a puppy so we have an excellent understanding,” he told TFN.

“In bikejoring, the dog is faster than the rider but the dog doesn’t pull the rider along,” he explained.

“You can’t just go full speed all the time, otherwise the dog will burn out. You have to know when to slow down, how fast to take a corner, when to build up speed and when to use the dog’s extra power. Knowing your dog well is the key to success in this sport,” he told TFN.

Tracz has a pack of 14 dogs now. “We train all year round. Even the older dogs, who are 16-17 years old, go out training, although they don’t compete anymore,” he says.

When he’s not training with his dogs, Igor spends a lot of time in the gym working on his impressive fitness. 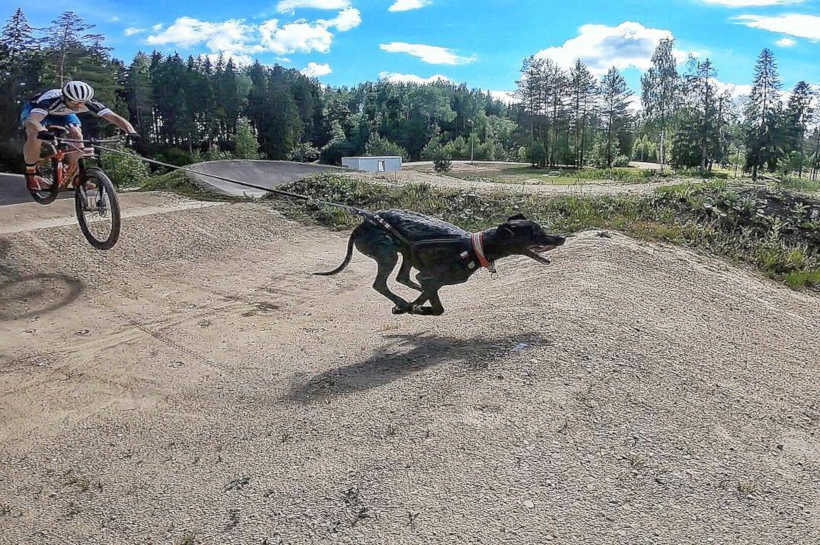 Bikejoring is enjoying increasing popularity in Poland, of which the world championships in Lubieszów which Igor and Pussy won are testimony. Igor Tracz / Facebook

He is also heavily involved in competing in 4 and 6-dog sled racing. In his career so far he has won 7 international titles and 11 European titles in all disciplines, making him something of phenomenon.

“I got involved in mountain bike racing as an amateur in 1992. Then in 2000 I bought a Husky with my girlfriend for PLN 100 from an ad in the paper. We didn’t know anything about the breed or the sport, but step-by-step I learned about the dogs and I started training with them,” said Igor.

“By 2004, we had four dogs, so we moved away from the centre of Gdansk to the countryside, and each dog since has been a proper sports dog, a Greyster. At first I raced with Huskies, but they are not as fast as Greysters,” Igor explains.

Bikejoring started as a sport in Western Europe in the 1990s, but it is enjoying increasing popularity in Poland, of which the world championships in Lubieszów are testimony.

Races normally involve individual time trials on courses from 4 to 10 km. A rider and a harnessed dog can achieve speeds of up to 50km/h in a forest terrain, which is why the discipline is often regarded as an extreme sport.

Competitors are referred to as mushers, and related sports include skijoring, dog carting and dog scootering.