Spurred by their own negative experiences, a team of five friends – mainly students – are looking to take the pet world by storm after launching what some have dubbed the animal equivalent of booking.com.

Going under the name of Docalp (a verbal cluster taken from the words dog-cat-help), the service was founded by Maciej Kardas, a student at King’s College London, with the help of Karolina, Artur and Jasiek of Kraków’s AGH University of Science & Technology and Jacek, the team’s graphics and UX designer. 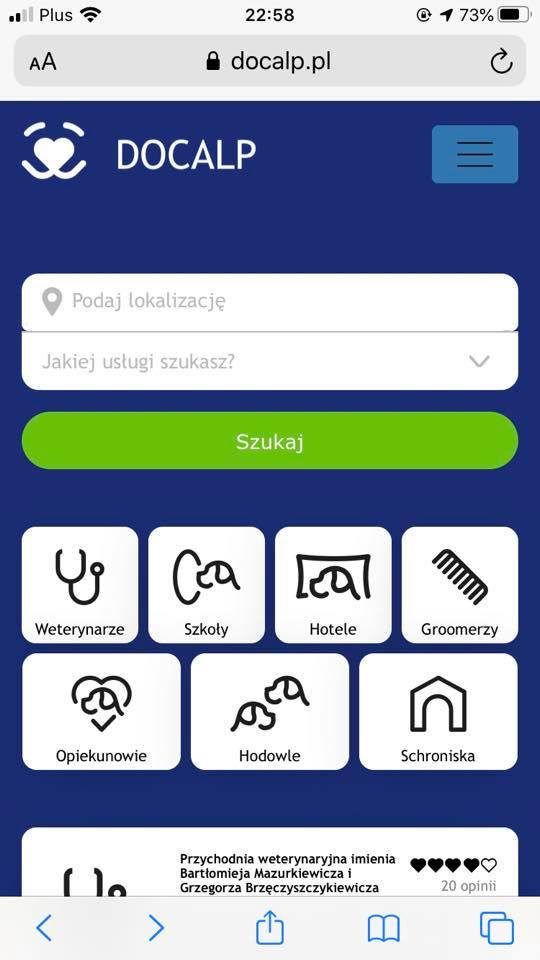 Though still very much in its infancy, the project has already elicited praise and featured in several heavyweight titles.Docalp

“Although it’s more or less accurate to call Docalp a booking.com for household animals,” Kardas tells TFN, “I think a more relevant comparison would be to describe us as Booksy for pets – while we have a separate section for pet hotels on our website, that’s just a part of the wider offer.”

Seeking to bring together a range of animal services and present them under one, easy-to-use umbrella, the idea for the nascent platform was born after Kardas found himself hit by near tragedy. 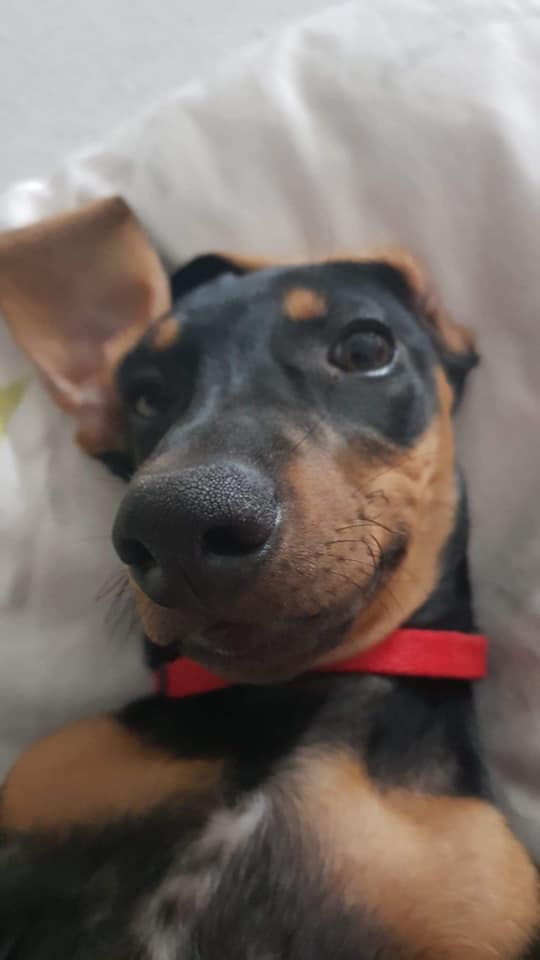 “My dog Wincent was seriously poisoned and was left fighting for his life,” he tells TFN. “I was shocked that I couldn’t find enough information online to choose a vet that was able to deal with such a specific case, and while I thankfully found a vet that was able to save him the whole experience really opened my eyes.

“Speaking to my friends,” continues Kardas, “we realized not everyone would be so lucky.” It was to prove a lightbulb moment.

The app offers services such as vets, grooming, schools and even hotels.Docalp

“Most industries have platforms with aggregated information on companies so that customers can choose the services they require more easily,” says Kardas, “so we figured it would be great to create such a marketplace for the pet industry and thus help their owners.”

By no means was this straight-forward. 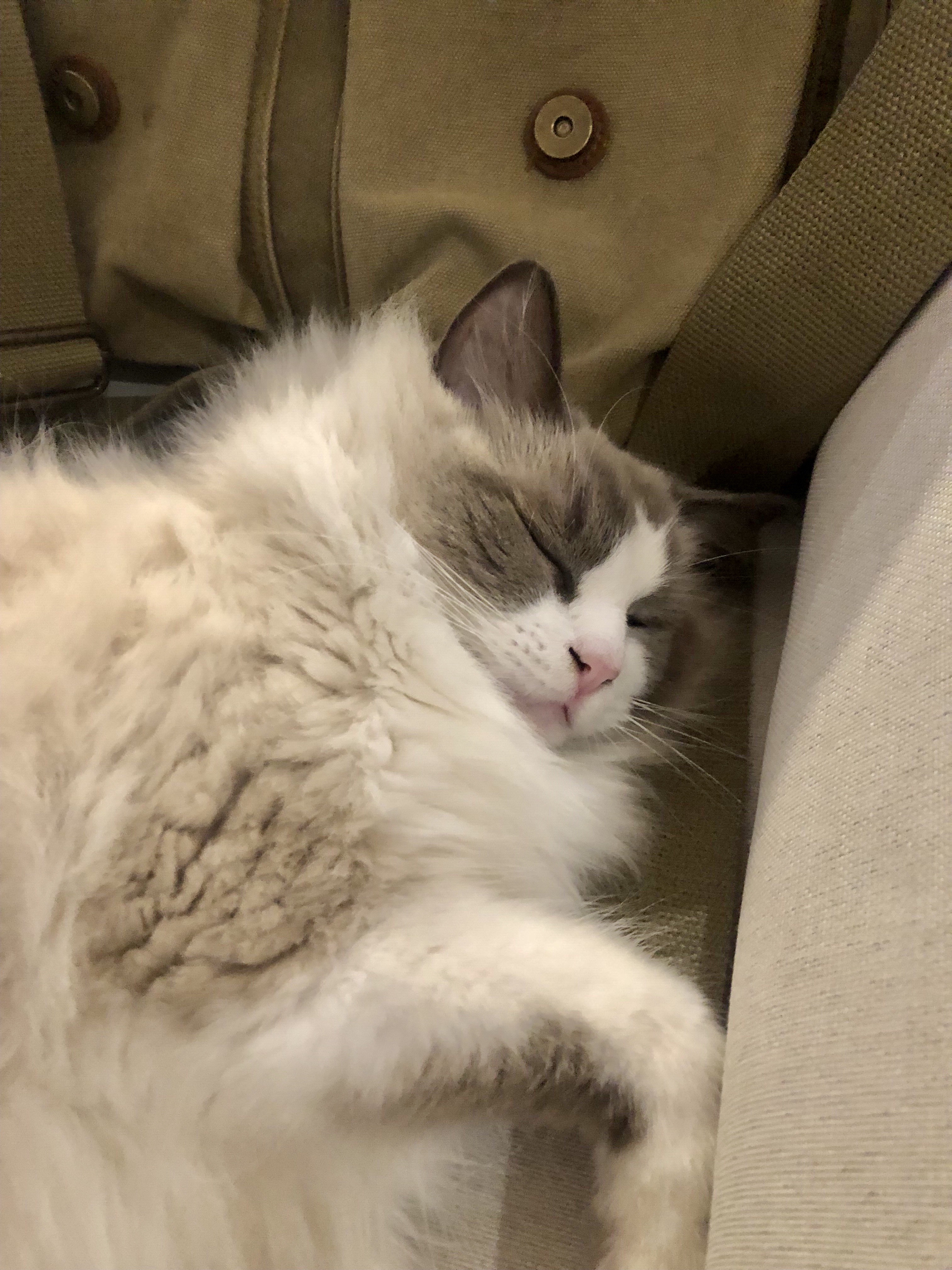 Purrfect! The service is not only for dogs as cats can also benefit from it.TFN

“It actually took a lot of time,” admits Kardas, “in fact, it’s probably taken far longer than it should have.”

Having taken over a year to launch, Kardas is frank that the biggest hurdle has been Docalp’s zero-based budgeting approach. 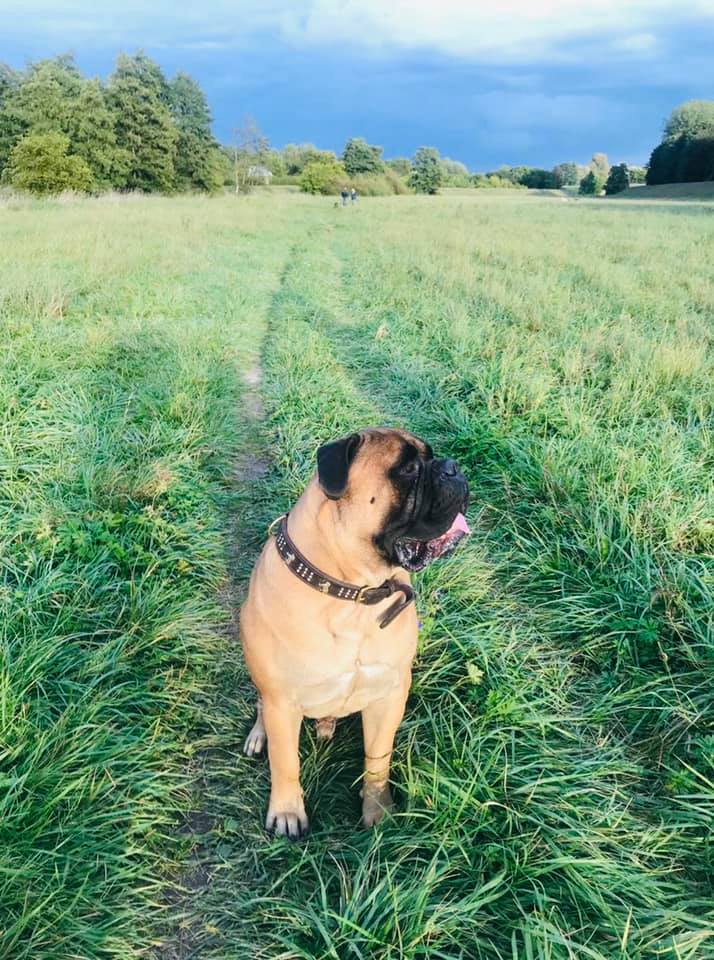 The idea came about after Maciej’s dog Wincent was poisoned and he struggled to find a vet online.Docalp

“We didn’t spend money creating the website, but instead constructed a team of ambitious students who started working with us without payment (but instead received equity in our business). However, that alone created many challenges with most of the team unable to engage full-time.”

Though still very much in its infancy, the project has already elicited praise and featured in several heavyweight titles. Despite that, Kardas is under no illusion that the hard work remains out in front.

“We’ve had so many positive reviews,” he says, “but selling our service to the businesses in the pet industry is difficult as the market is so saturated that many don’t feel they need to actively seek new clients – others, meanwhile, are suspect of allowing things like honest customer reviews.

The team plan to focus Docalp in the UK and Poland before expanding to wider markets.Docalp

“However, we believe that the effects of scale will ultimately work for us, meaning that the more businesses we attract, the easier it will become to draw even more.”

With an ever-expanding database featuring kennels, vets, pet hotels, groomers, schools and trainers, hopes are high for the future of Docalp and already the team have their eye on foreign soils.

“We’re planning to launch in the UK very soon given that I myself am based in London for much of the time,” says Kardas, “and though I think that we’ll focus on Poland and Britain in the short-term, we’ll see how we can develop further and where else we can expand.”